Look at these 4 amazing cut orchids.

It is always time for some beautiful cut orchids. With so many different varieties available, and so many colors to choose from, it is hard to pick a few. What do you think? There's just so much to choose from. Especially at importer Ter Haar Ornamentals in The Netherlands. They selected 4 amazing orchids to show. So, in this article you can find 4 fantastic orchids which you can find as a cut flower.  When you are a florist you can get them at your local wholesaler, otherwise, pop-in to your florist, and just ask for it. Sure thing they can get their hands on it! This Orchid heaven article shows you four varieties; Oncidium Golden Shower, Dendrobium Woon Leng, Aranda Anne Black, and last, but not least, the amazing Mokara New Orange. 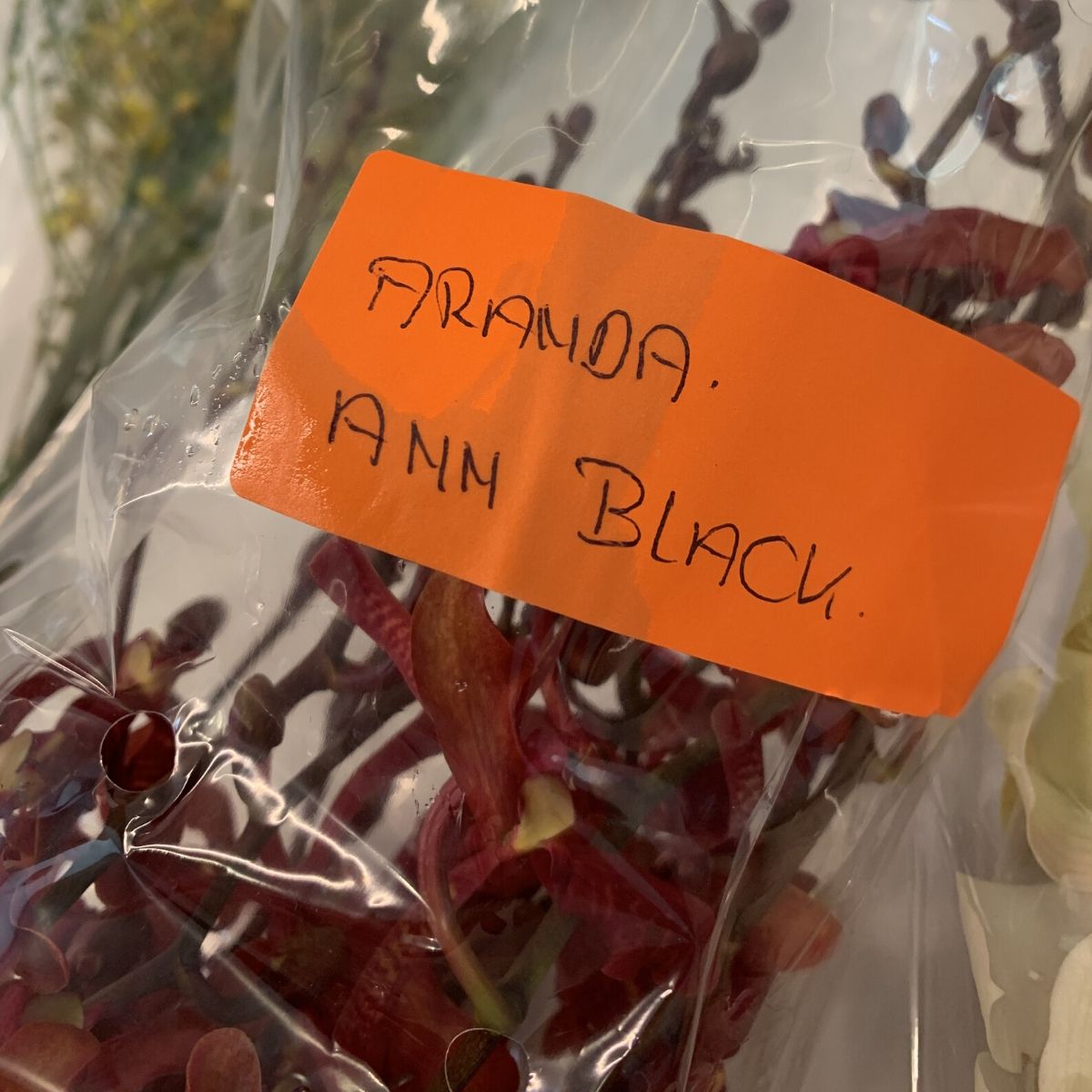 The vast majority of the beautiful yellow cut orchid with the name Oncidium Golden Shower are grown in Thailand but they are also produced in other tropical regions of Southeast Asia. Oncidium Golden Shower is also also known as the Dancing-lady Orchid. Besides as cut flower, this is also a popular houseplant due to the ease of care. As a cut flower the availability is year round. 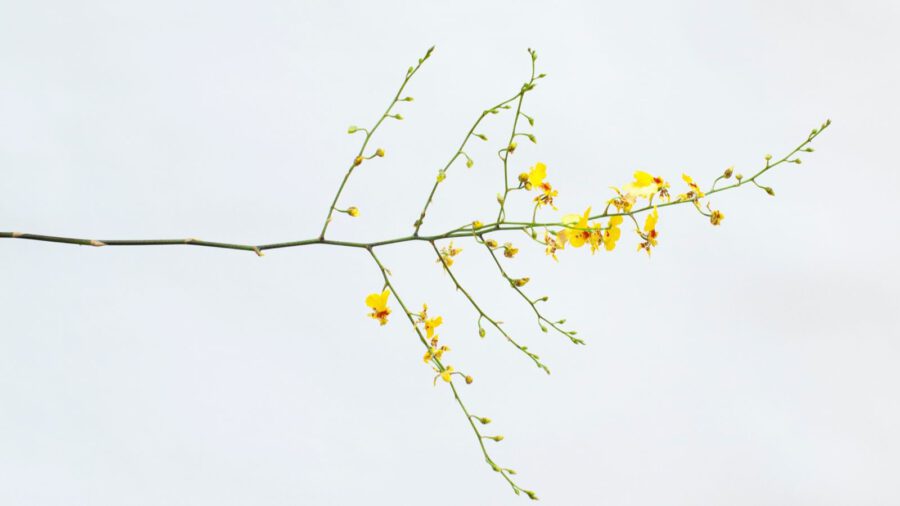 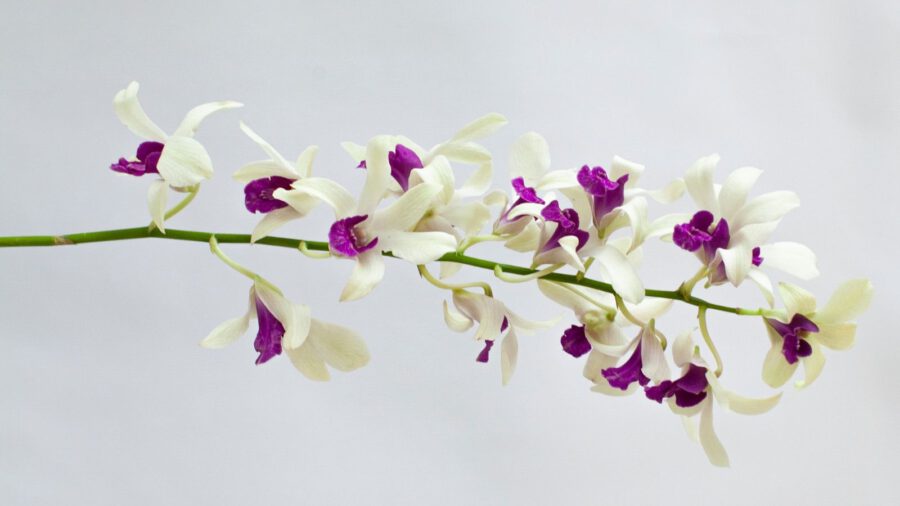 The Aranda Anne Black is named for the wife of the British governor of Hong Kong and Singapore from 1958 to 1964. This shape of orchids is also often named as spider orchids, because of the tiny spider-like vermilion flowers. The inch-and-a-half inflorescences are compactly arranged on slim yet strong stems that lend themselves to dramatic arrangement. Each stem measures approximately 2 to 3 feet in height. 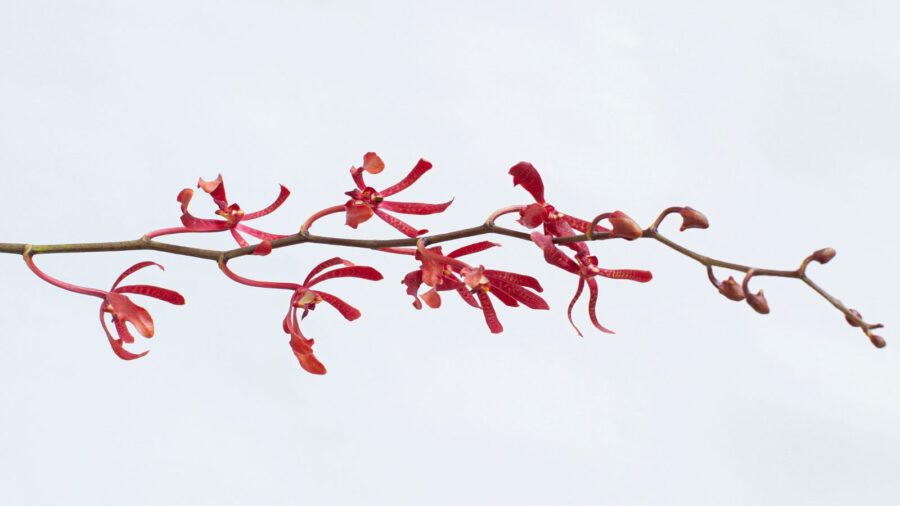 Feel the warm glow of rich orange and peach tones in this amazing Mokara New Orange orchid. The do really wel in a salmon-peach color scheme, which is a hit at wedding designs nowadays. 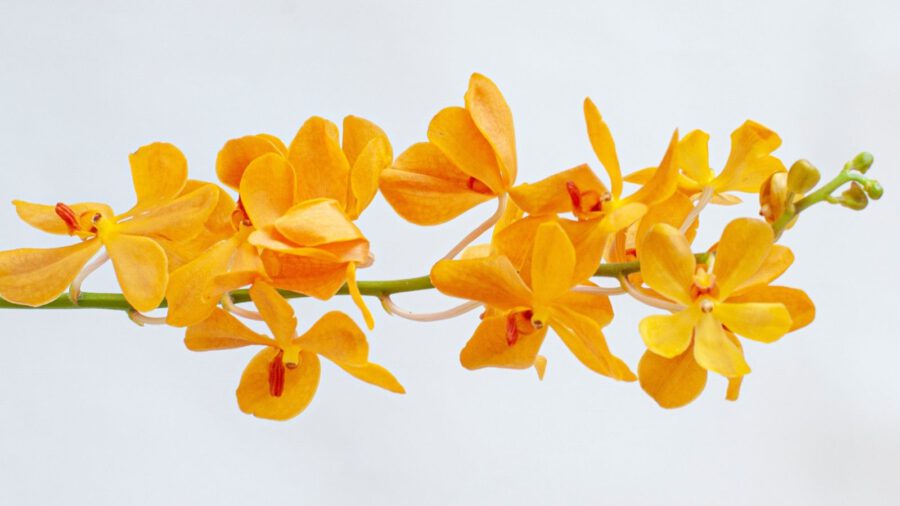