The Pantone Colour of the Year 2020

What do you think, will it be bleached coral? 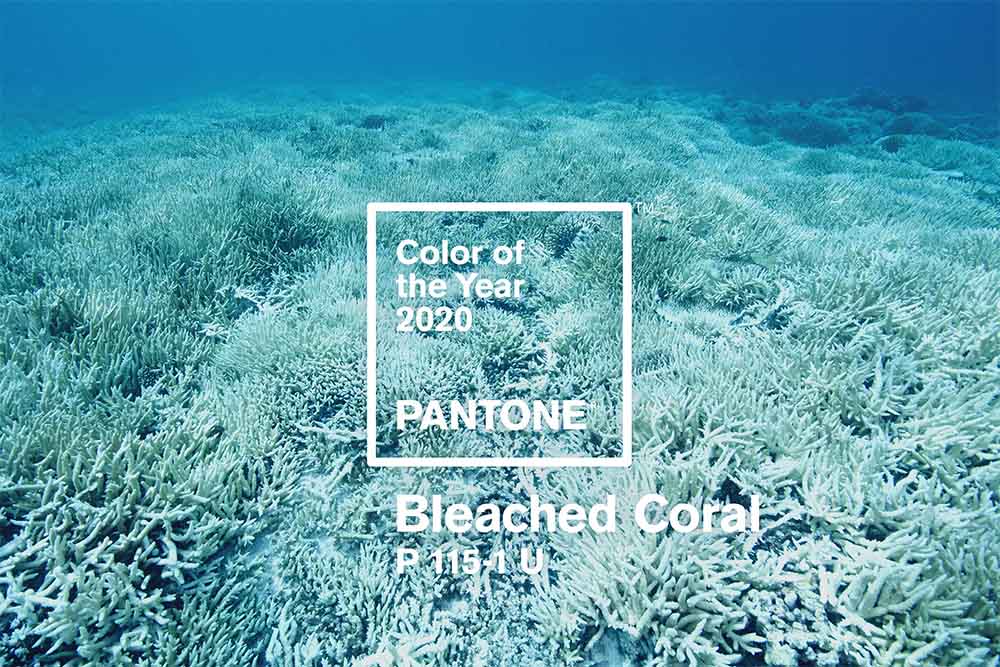 Creative duo Jack + Huei have hijacked the Pantone Colour of the Year 2019 to draw attention to the environmental crisis killing the Great Barrier Reef.

This year's Colour of the Year picked by Pantone is Living Coral – aka Pantone 16-1546 – a warm, tranquil shade between orange and pink that draws on trends the company saw at London and New York Fashion Weeks. However, with over 45% of the coral on the Great Barrier Reef having died over the past three years, two Melbourne-based creatives have proposed a colour for 2020 to highlight how much danger the world's largest coral reef system is in. Over 30% of the coral on the Great Barrier Reef was killed during a marine heatwave in 2016, with a further 20% dying in 2017. We haven't had 2018's figures yet, but it's unlikely to be positive news. In an email, art director Huei Yin Wong and copywriter Jack Railton-Woodcock describe Pantone's choice for Colour of the Year 2019 as "tone-deaf, and downright irresponsible. "A brand as influential as Pantone should take a stance on the issues facing society, like climate change, using their voice to speak to creators in every industry." 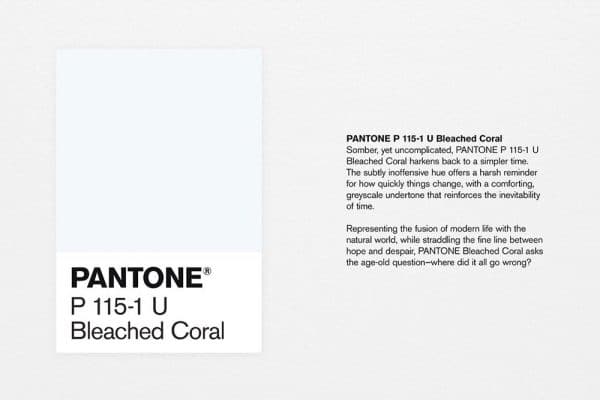 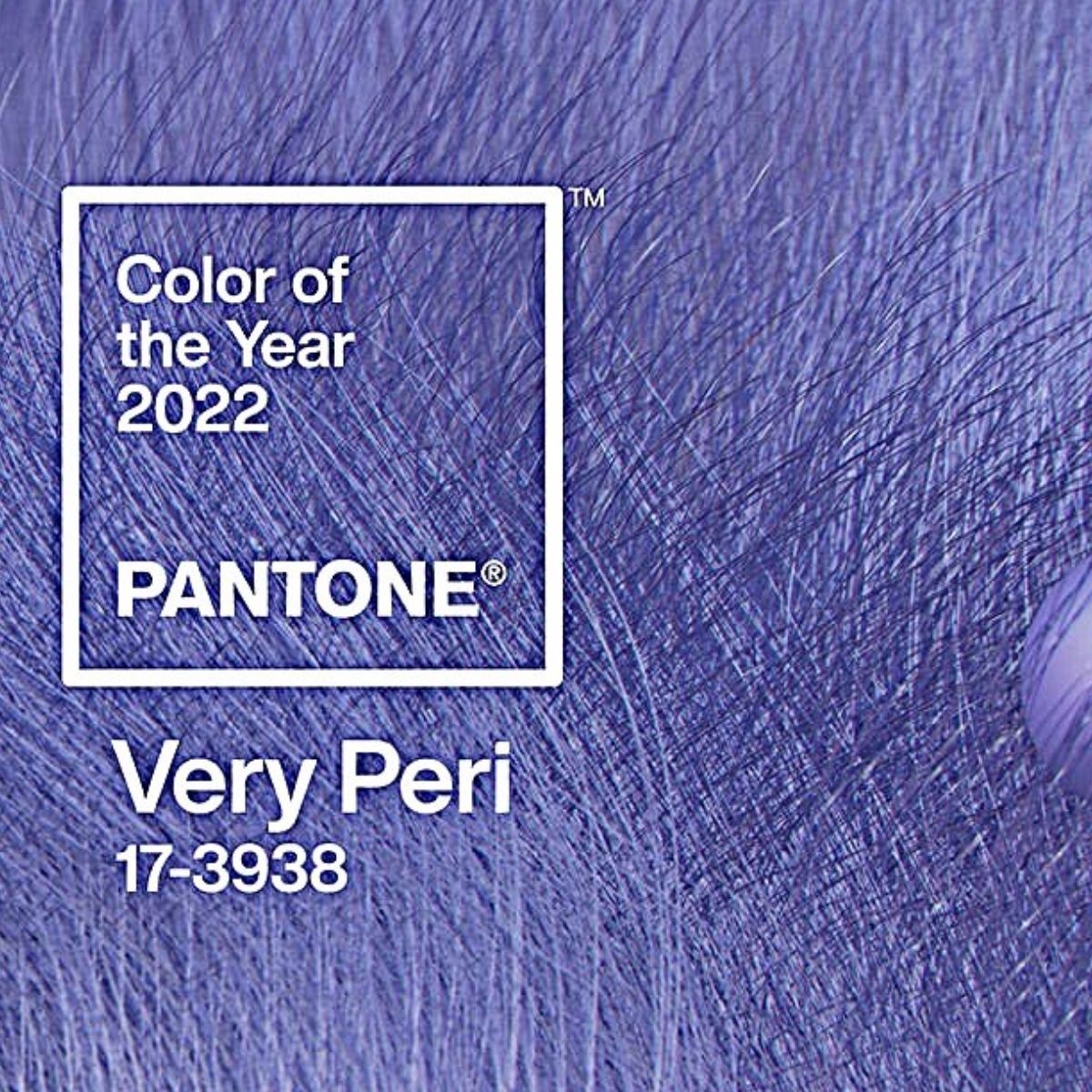 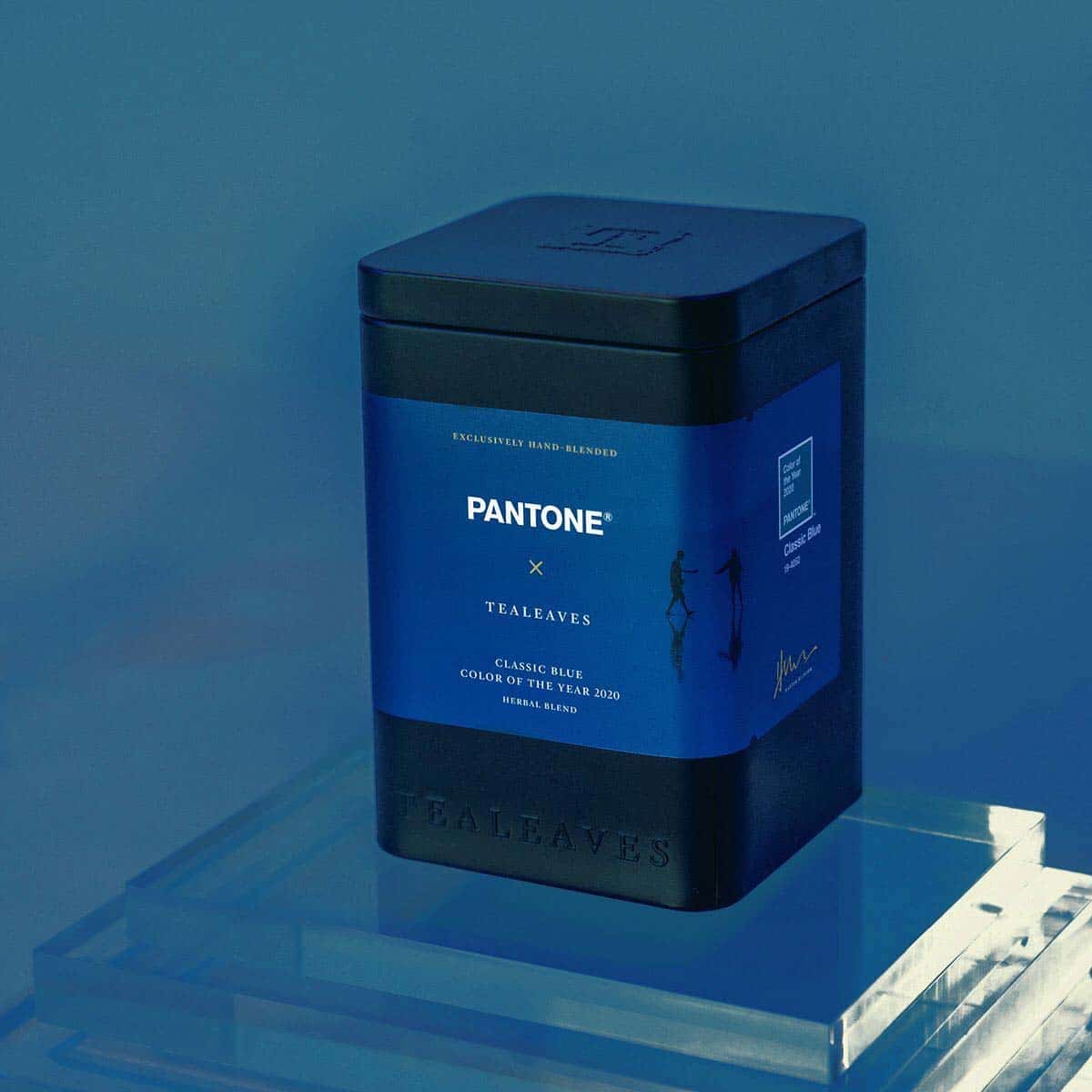