The Uniqueness of the Ginkgo Tree

This bright yellow-toned tree is around 200 million years old — likely the oldest in existence. It’s thought to have evolved around the same time as dinosaurs! 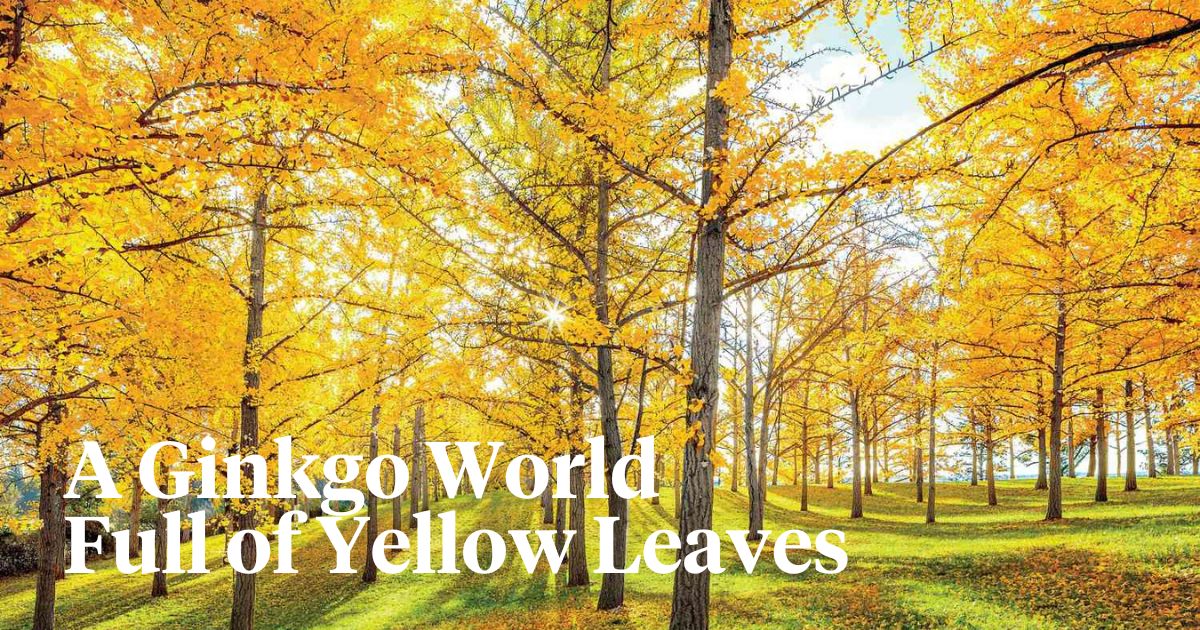 Hailed as undoubtedly one of the most distinct and beautiful of all deciduous trees, the ginkgo tree certainly stands out among other known types of trees. You may be asking why? Its unique, fan-shaped leaves turn a stunning yellow color in the fall, and the rest, you have to see for yourself.

Ginkgo is considered both a shade tree and an ornamental tree. It features a spreading canopy capable of blocking sunlight and adds visual interest and beauty to landscaping. Surprisingly, the ginkgo tree can live for as long as 3,000 years and grows in an interesting pyramidal shape. Here's all the information you need to know about one of the oldest trees in the world, dating back millions and millions of years ago.

What Makes the Ginkgo Biloba Tree So Special?

The ginkgo biloba tree is known as the tree that outlived the dinosaurs. It was planted at Kew in 1762 and is referred to as the maidenhair tree. The ginkgo biloba tree has lovely fan-shaped, two-lobed green leaves that turn a stunning golden-yellow in the fall and a deeply broken, dark brown bark. But besides the physical aspects of the tree, what else about it is so extraordinary?

One of the oldest living tree species in the world is the ginkgo tree. It is the lone surviving member of a long-extinct group of trees that existed before dinosaurs roamed the planet, between 245 and 66 million years ago. The species is referred to as a 'living fossil' because it is so old. Ginkgo leaf fossils from more than 200 million years ago have been found, and the leaves of the maidenhair tree today resemble them very closely.

The Symbolism of the Ginkgo Tree

The ginkgo tree can live for 1,000 years, and its unusual fan-shaped leaf has borne symbolism in Japanese decorative art along with its unique beauty: the ginkgo has been a symbol of longevity and of a more profound endurance, even surviving an atomic blast..

Early Jurassic (175-200 million years ago), when the first fossils resembling ginkgo trees first appeared, was followed by the Mesozoic Era, when the genus underwent diversification and global dispersion. With the exception of one or two ginkgo species, all were extinct by the Cenozoic (65 million years ago). The gymnosperms are a class of seed plants that generally includes ginkgo, though there is an ongoing debate about how closely related ginkgophytes are to other gymnosperms.

Westerners first learned about ginkgo biloba in 1690, when German botanist Engelbert Kaempfer found the tree growing in a yard of a Japanese shrine. Unfortunately, Kaempfer's Amoenitates Exoticae appears to have the plant's common name spelled incorrectly (1712).

Known as the Survivor Tree

The lone remaining member of an entire plant division, the ginkgo tree is a survivor (Ginkgophyta). The tree is still alive today and is grown in a few isolated areas of untamed woodland in China. Ginkgo trees are well-liked trees to grow in polluted metropolitan areas; a stunning170 of these trees even withstood the 1945 explosion of the atomic bomb in Hiroshima. Those trees, now dubbed 'A-bombed trees', or hibakujumoku, are still in Hiroshima today, monuments to both humanity’s capacity for destruction and nature’s ability to withstand us at our worst.

The ginkgo biloba tree, formerly believed to be extinct in the wild, is now known to grow erratically in eastern China. Recent genomic research reveals that these populations were created from just a small number of trees, possibly by monks establishing sacred groves. The likelihood of finding really wild populations may be higher in isolated regions of southwest China.

There are distinct male and female gingko trees. The female trees, once pollinated and fertilized, produce seeds encased in a fleshy, pale yellow, butyric acid-rich, vomit-scented covering, as opposed to the male trees, which produce tiny, pollen-producing cones. As a result, male trees rather than female trees are more frequently planted as street trees.

Use of Ginkgo Seeds for Various Medical Treatments

Memory problems and blood abnormalities have long been treated with ginkgo as a supplement. The best-known use of it today is as a potential memory-preserving strategy. According to a scientific study, ginkgo increases blood flow by widening blood arteries and making blood less sticky, according to laboratory tests. As an antioxidant, it is also.

These factors suggest that ginkgo may enhance vascular and eye health. Ginkgo may aid in the treatment of intermittent claudication, or impaired circulation in the legs, as well as dementia (including Alzheimer's disease), although not all research supports this. Additionally, it might help older persons' memories.

Terpenoids and flavonoids, both of which are antioxidants, are found in ginkgo leaves. Free radicals are unfavorable molecules that accumulate in your body with aging and may have a role in heart disease, cancer, and Alzheimer's disease. Antioxidants like those found in ginkgo fight off free radicals, and stop them from damaging DNA and other cells.

Although some who have tried ginkgo seeds say they have a savory flavor, seeds are not meant to be eaten because they can be poisonous. Don't eat raw or roasted ginkgo seeds. If you are epileptic or prone to seizures, avoid ginkgo. Large amounts of ginkgo toxin can cause seizures. Ginkgotoxin is found in ginkgo seeds and, to a lesser extent, ginkgo leaves.
If you want to know more about the ginkgo tree, there's plenty of information you can find on this website.
ancient trees ginkgo tree ginkgo biloba tree 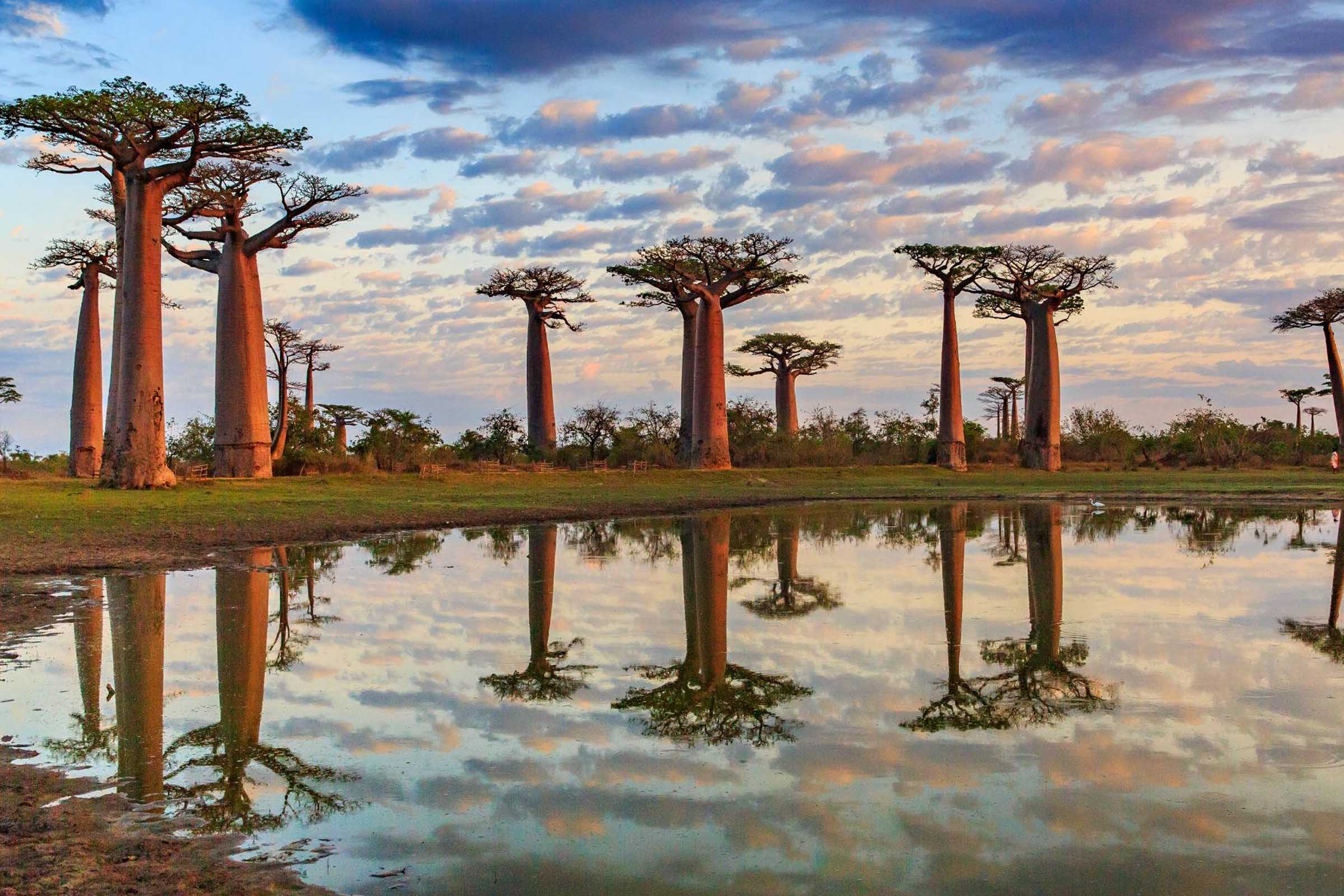 Remarkable Top Lists
10 of the Most Unique Trees in the World Here are some of the most unique trees from around the world. Some are old, some are huge, some are sacred. But all of them are beautiful.
Jul 06 | 8 min read
Photography
The Incredible Photographs of the World's Most Ancient Trees by Beth Moon The fusion between black and white photography and ancient trees is definitely something your eyes cannot miss.
May 11 | 2 min read
ALL ESSENTIALS ALL FLORISTS ALL PRODUCTS ALL GROWERS ALL BREEDERS ALL TRADERS