Miroslaw Maszlanko graduated from the Academy of Fine Arts in Warsaw. His first exhibition took place in 1991 at “Biała” Gallery in Lublin. He took part in numerous collective exhibitions and presented his works on individual exhibitions in: Centre for Contemporary Art in Warsaw, “Zderzak” Gallery in Cracow, “Arsenal” Gallery in Białystok, Centre for Contemporary Art in Kyiv, Institute of Polish Culture in Budapest. He lives in the village of Jatne, close to Warsaw.
In his works, the artist uses natural materials. Ephemeral, almost poetic, and yet modern art installations, closely related to the site they are located at, and created with grass, wax, wood. "Diffraction..." 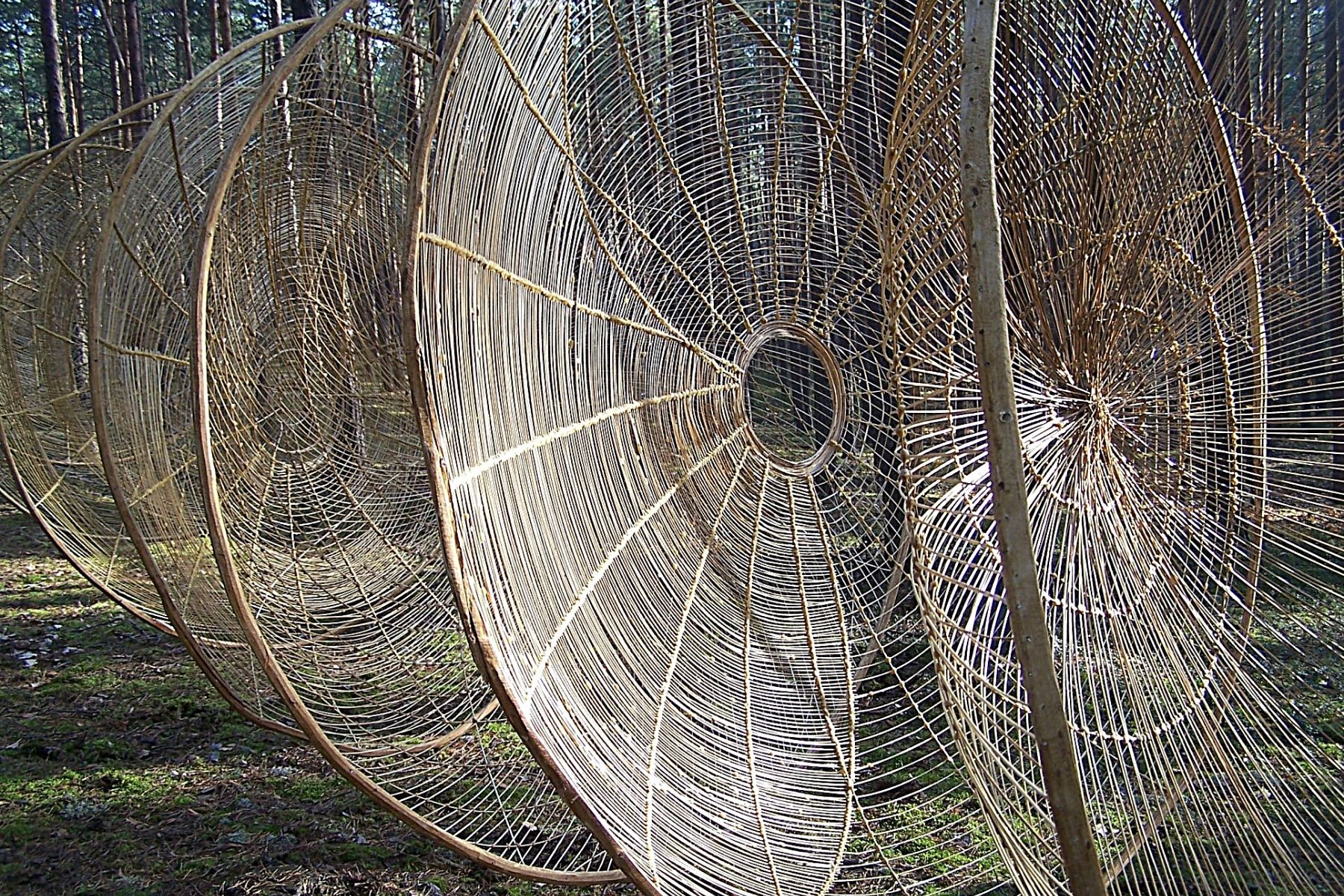 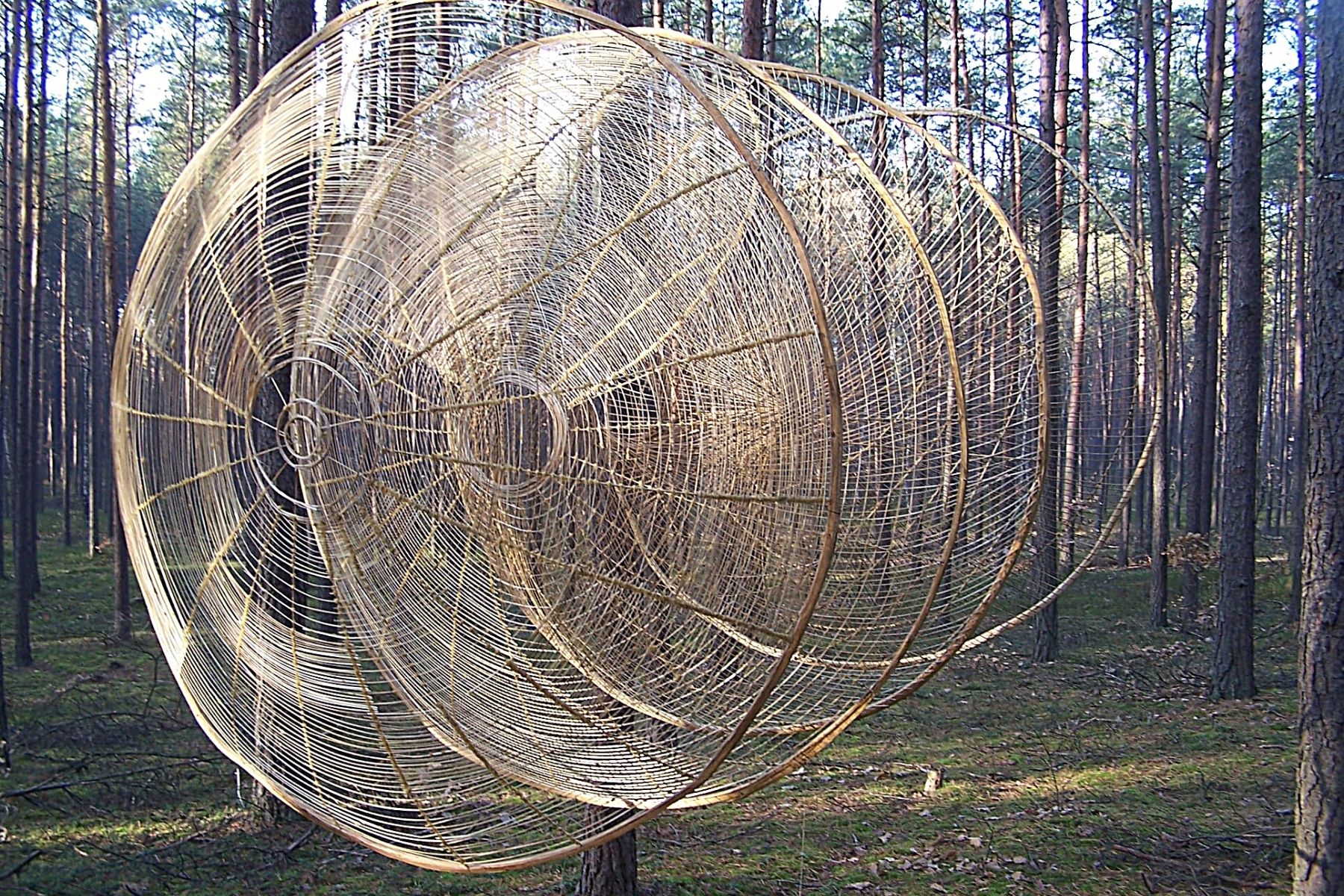 Diffraction, the spreading of waves around obstacles. ... The phenomenon is the result of interference (i.e., when waves are superimposed, they may reinforce or cancel each other out) and is most pronounced when the wavelength of the radiation is comparable to the linear dimensions of the obstacle. This was the inspiration for Miroslaw's Land Art "Diffraction". 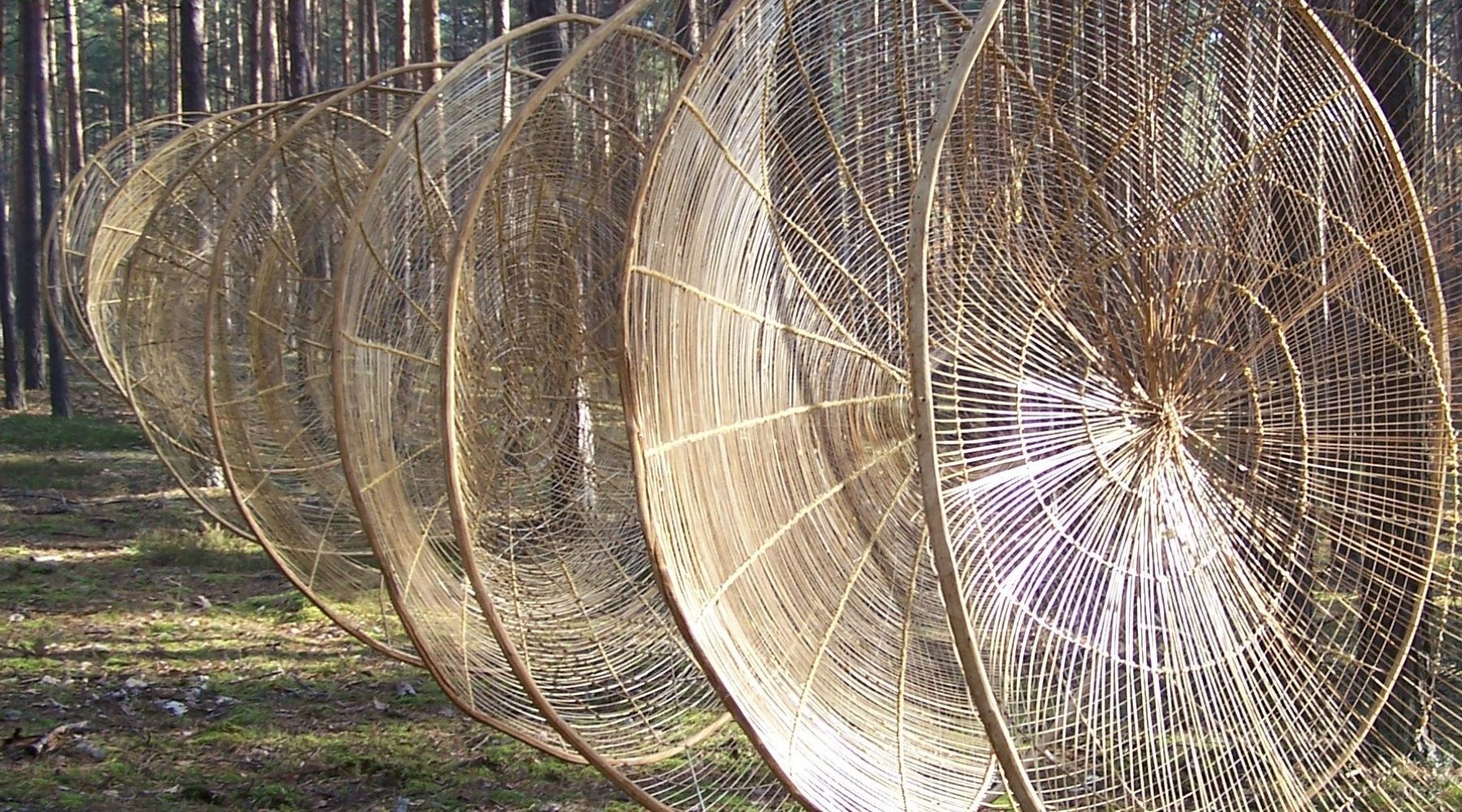 He creates his sculptures and installations, and spatial forms from natural materials. Blades of grass of the earthquake species, wax, wicker, leaves, and other plant fragments, wood, bamboo, using their properties to obtain artistic expression. His works bear the hallmarks of minimalism. Their existence is by definition short-lived and ephemeral. They are closely related to the space in which they are created. His works show a strong relationship with the rural landscape, open space, and the cyclical nature of nature. 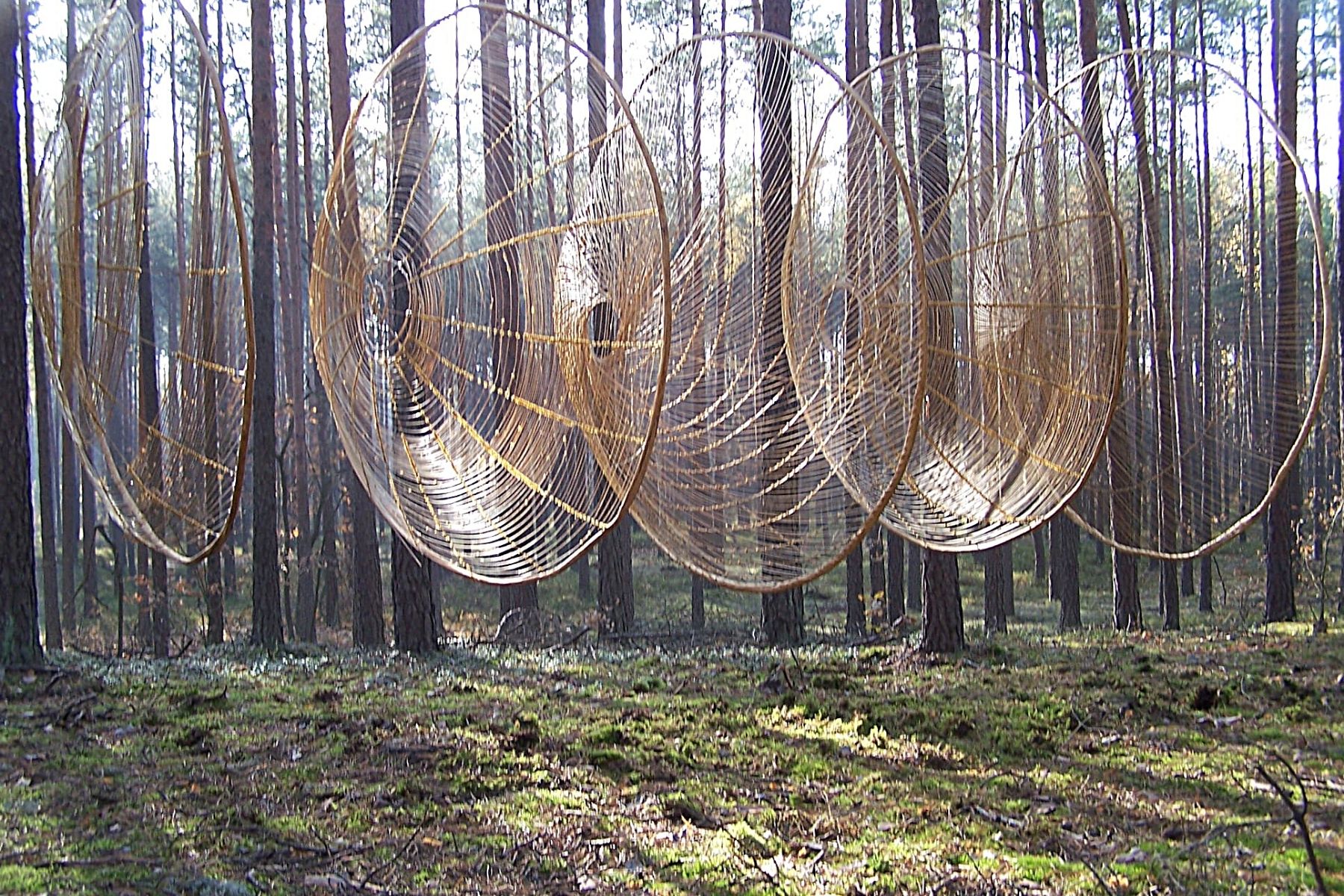 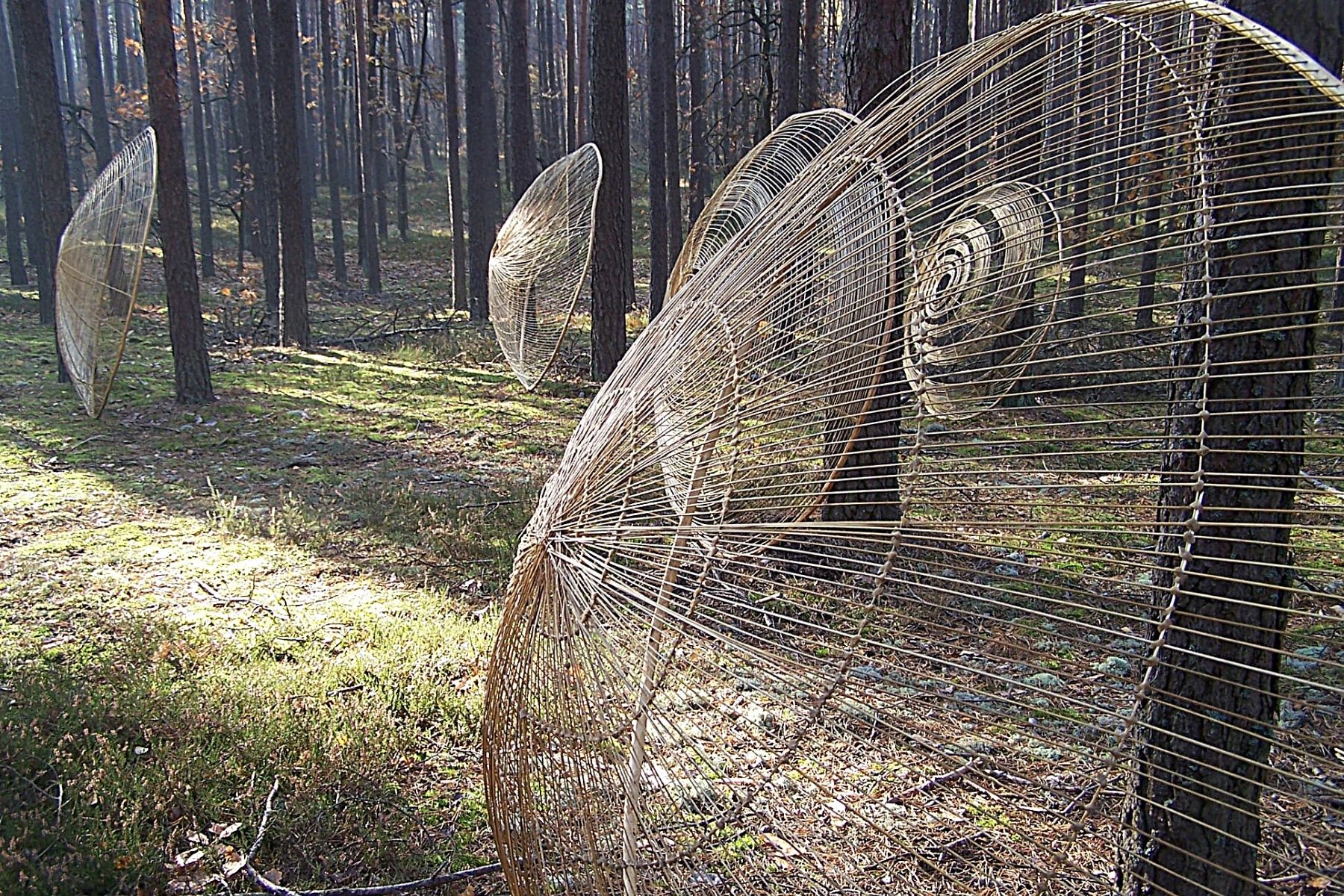 What is Land Art?

Land art, variously known as Earth art, environmental art, and Earthworks, is an art movement. And it emerged in the 1960s and 1970s, largely associated with Great Britain and the United States. But that also includes examples from many countries. As a trend, "land art" expanded the boundaries of art. Because of the materials that were used and the siting of the works. The materials used were often the materials of the Earth. Including the soil, rocks, vegetation, and water found on-site, and the sites of the works were often distant from population centers. Though sometimes fairly inaccessible, photo documentation was commonly brought back to the urban art gallery. 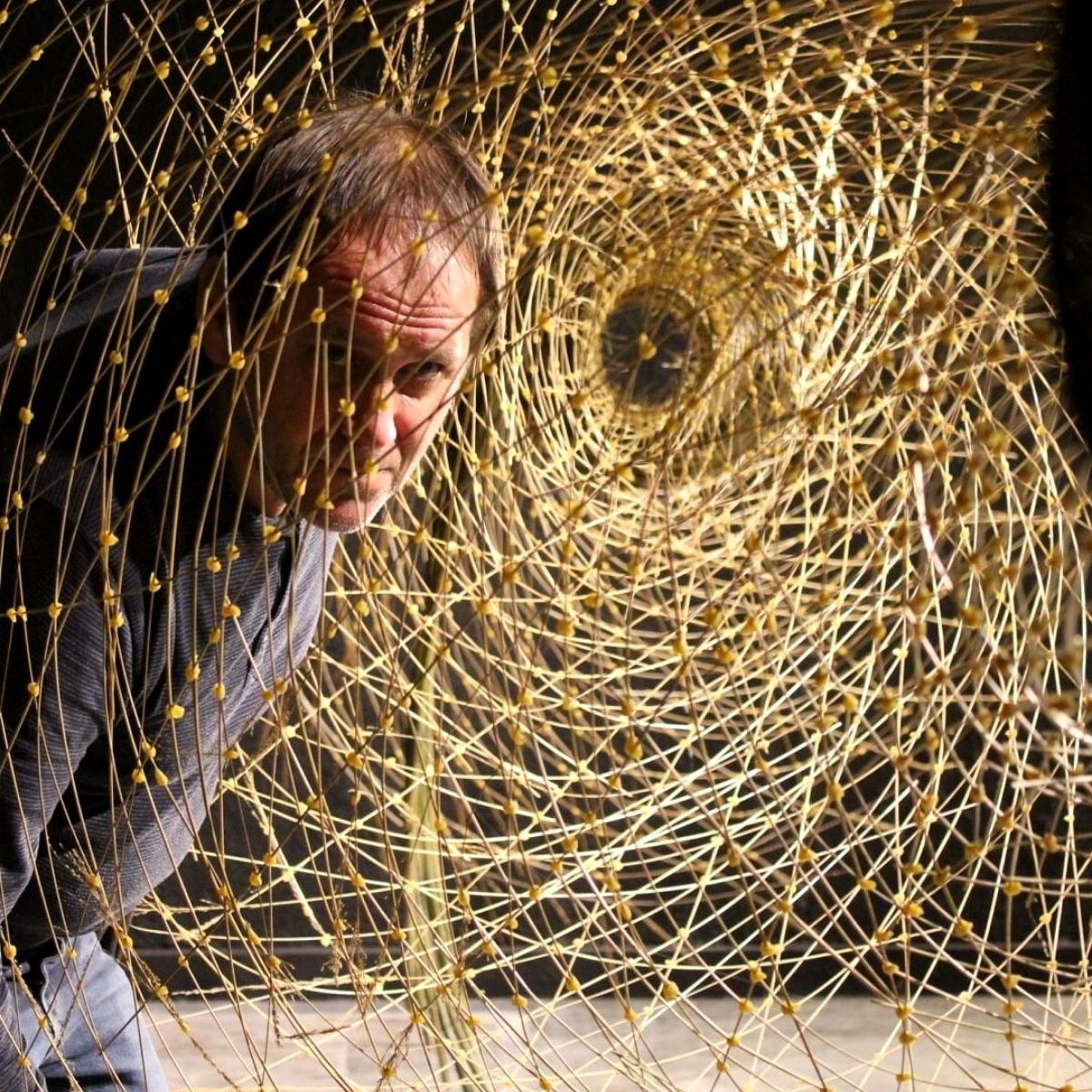 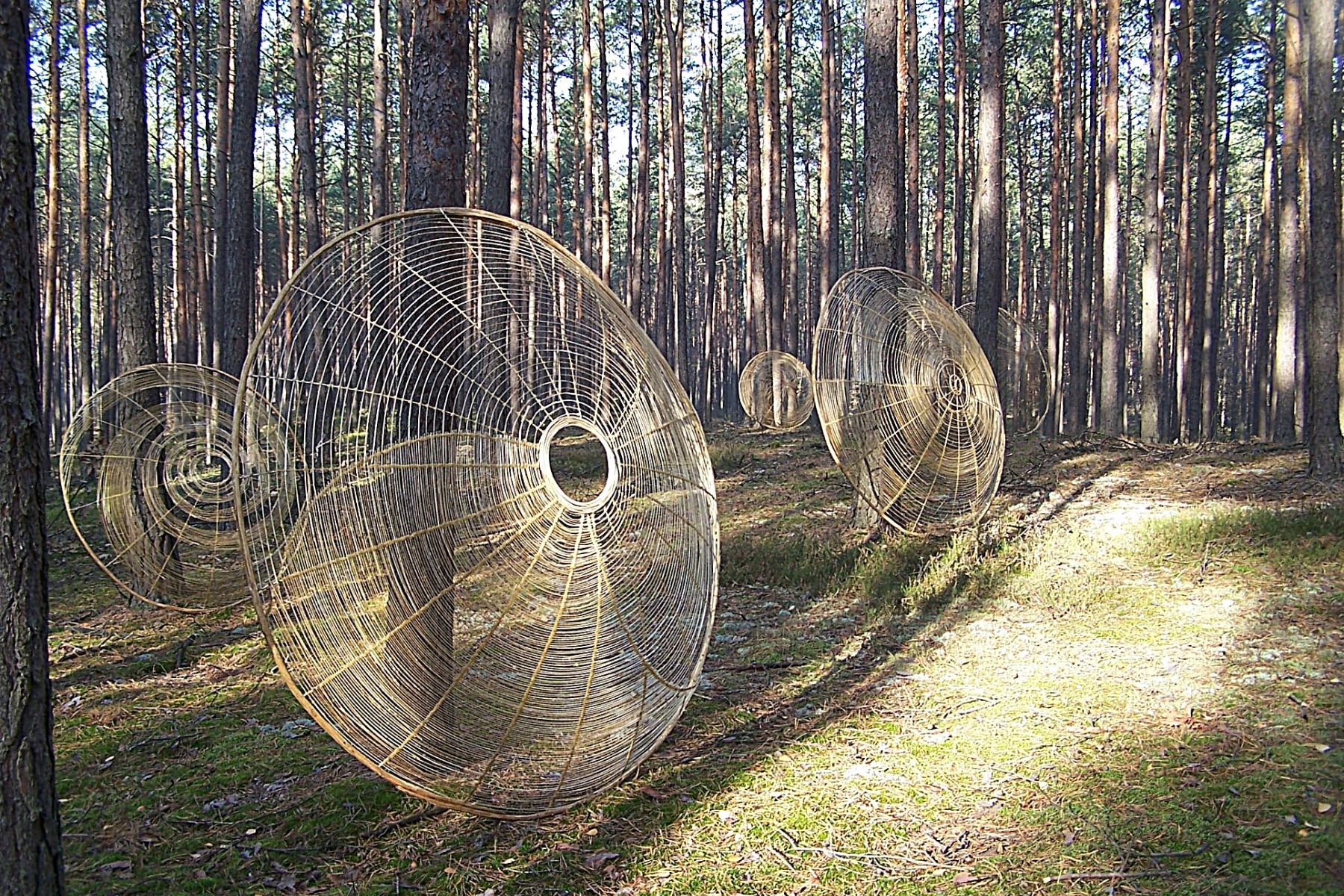 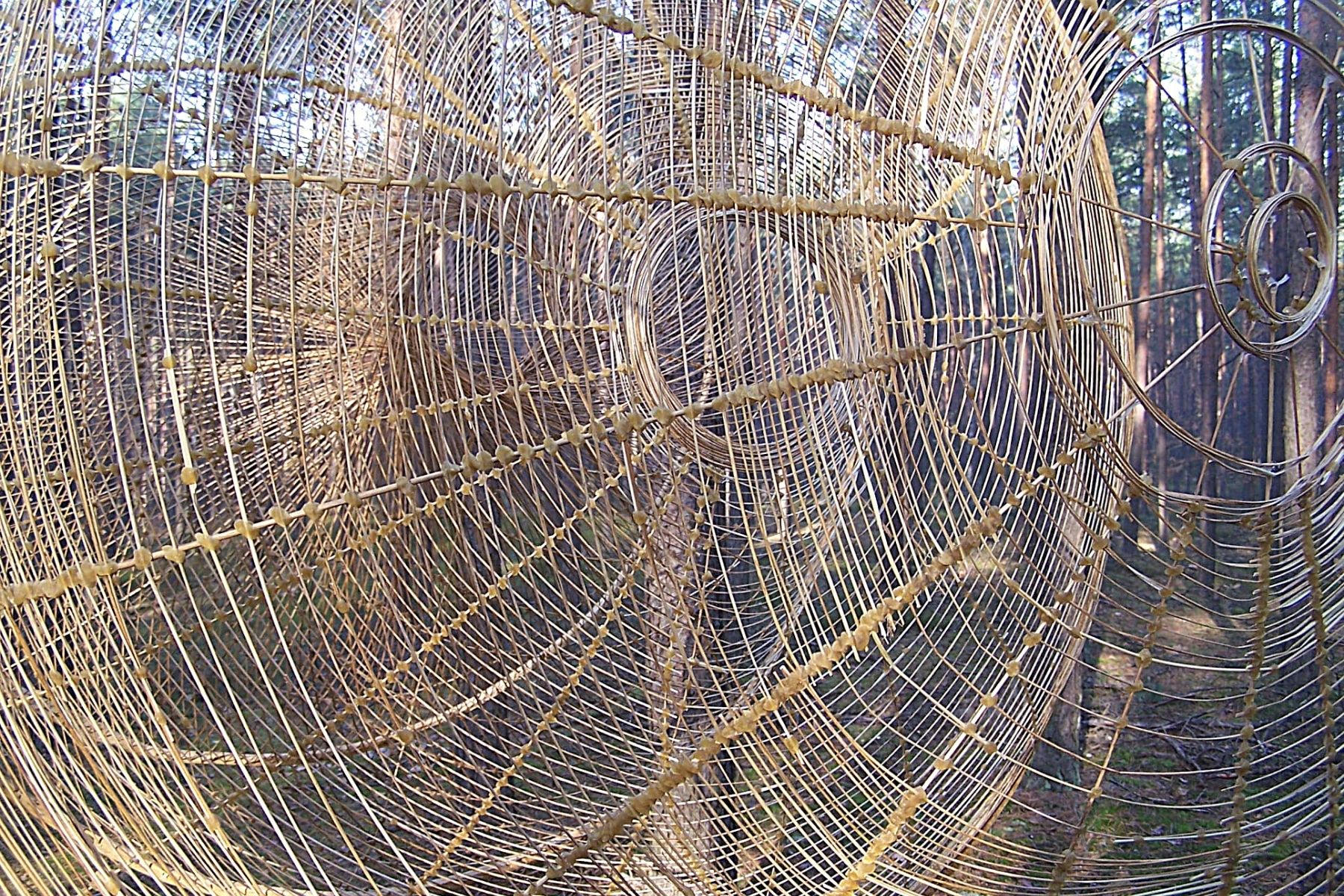 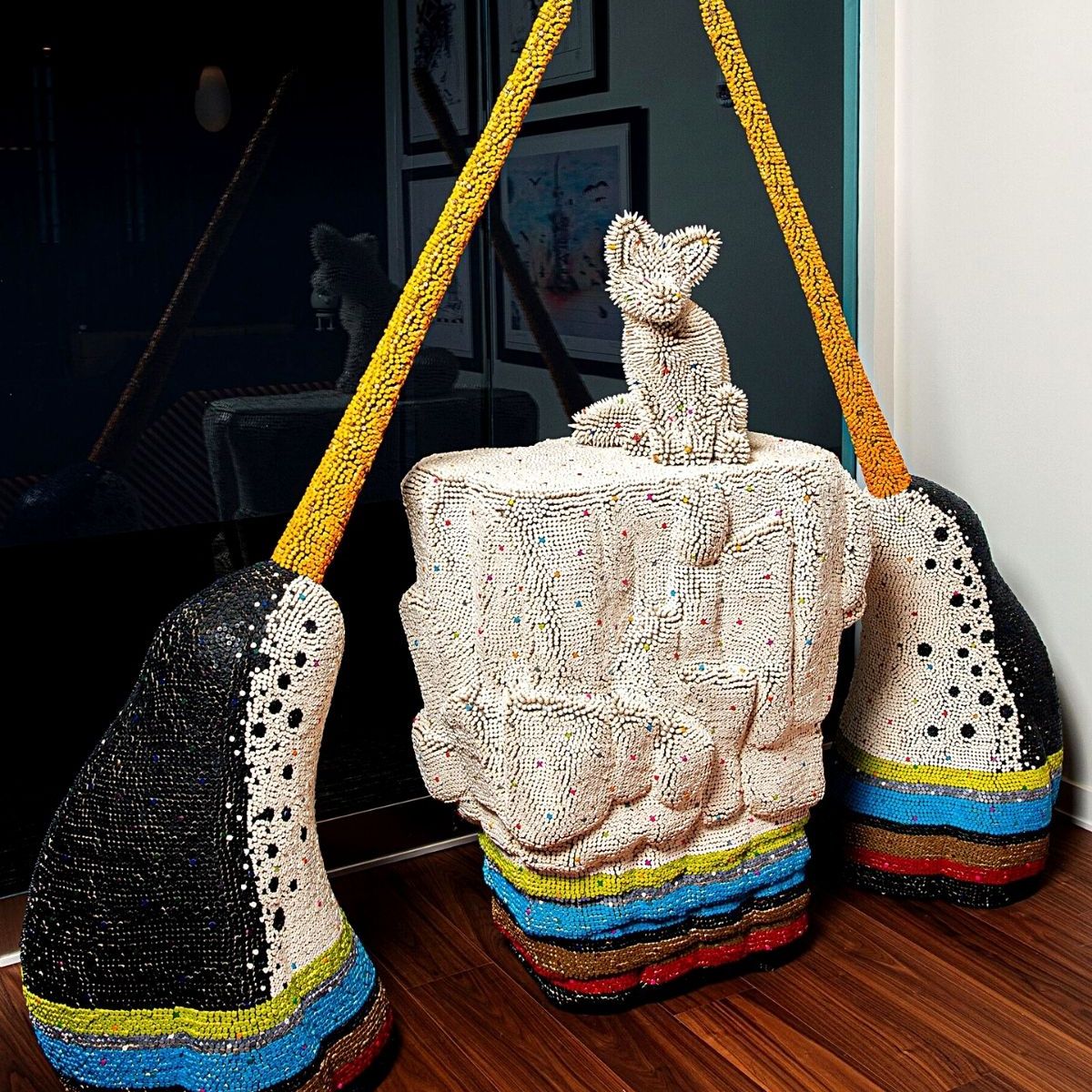 Art Explained
Colorful Crayon Animals by Herb Williams Illustrate the Climate Crisis in the World The emerging concern to take care of the planet has been exposed in the most creative of ways using crayons.
Aug 19 | 3 min read
Art Remarkable
Mirosław Maszlanko's Illuminations: Land Art Installations, Sculptures, and Contemporary Art The feeling this design "Illuminations" creates on the water with the reflection of the light is incredible.
Dec 29 | 2 min read 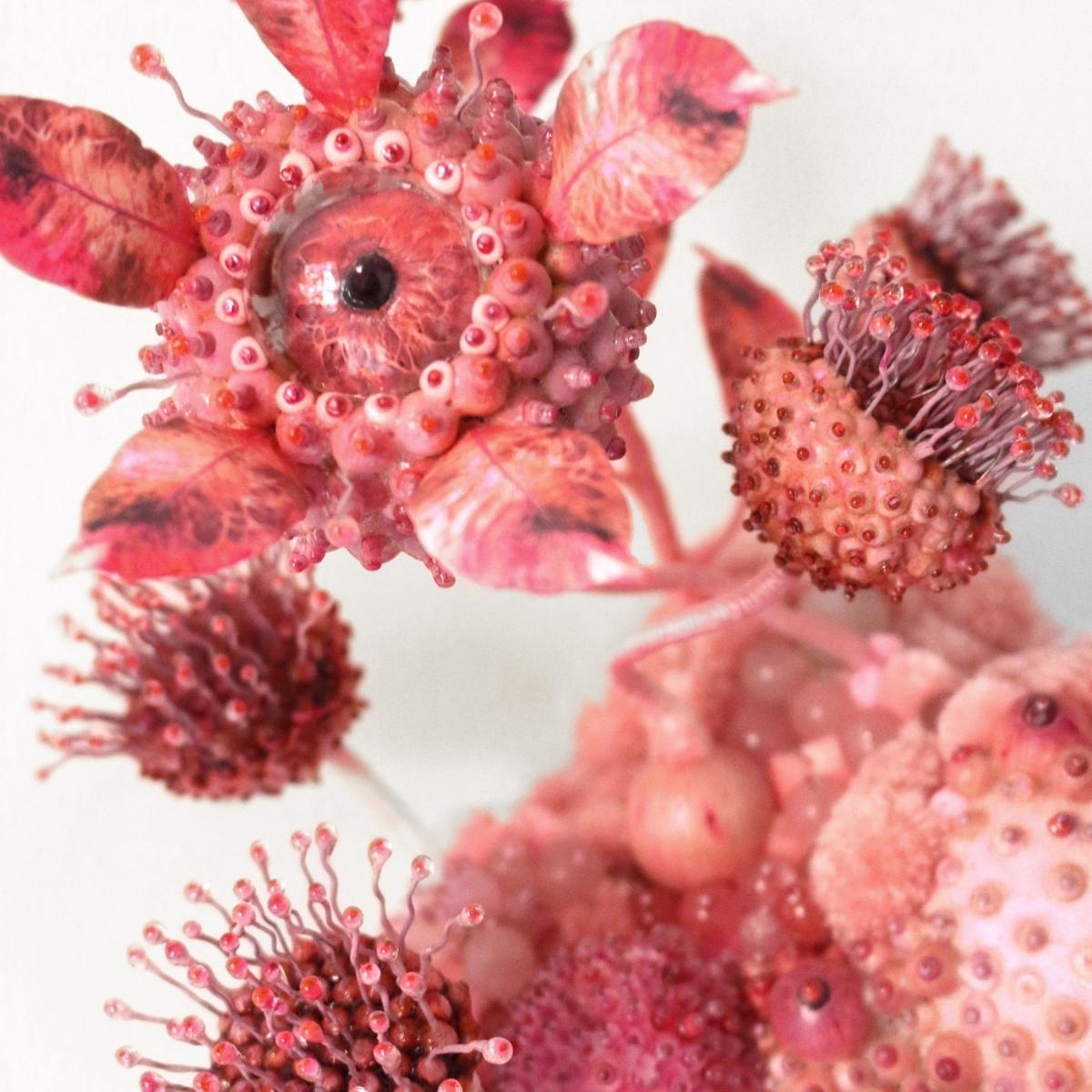 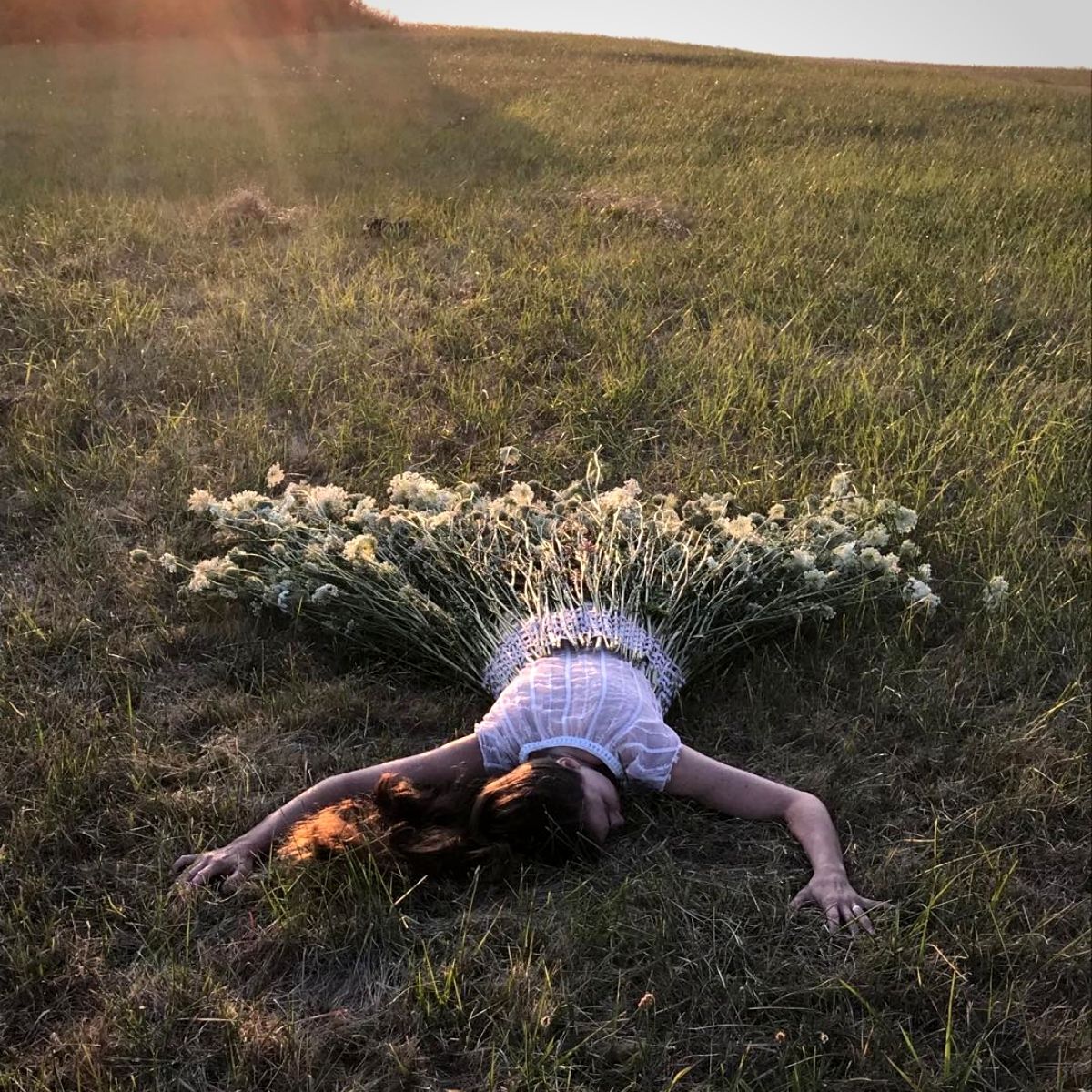