It’s time to talk about the bouquet sitting atop the late monarch's coffin. Maybe you tuned in to watch Queen Elizabeth II's funeral and you (undoubtedly) are wondering about the details of this historic day. Or, perhaps you've been wondering why everything is so focused on the flowers placed atop Her Majesty's coffin.

The royalty is displayed alongside the monarch's crown and scepter, with a colorful bouquet atop the coffin. A special card from King Charles reads:

Whilst flowers at a funeral are a common sight, there's actually a very special meaning behind why these particular flower varieties were chosen for Queen Elizabeth II's funeral.

The wreath contained rosemary, myrtle, English oak, dahlias, roses, autumnal hydrangeas, sedum, scabious, scented pelargoniums, and sweet peas. At the King’s request, the wreath has been made in a sustainable way, in a nest of English moss and oak branches. No floral foam was used.

The Secret Meaning Behind the Flowers on Her Majesty’s Coffin

"At the King's request, the wreath contains foliage of rosemary, English oak and myrtle (cut from a plant grown from myrtle in the Queen's wedding bouquet) and flowers, in shades of gold, pink and deep burgundy, with touches of white, cut from the gardens of Royal Residences."

When the queen planted her garden, she knew each flower had a special meaning. The rosemary represents remembrance and myrtle an ancient symbol of happy marriage. While English oak reminds us that strength lies in our constancy through good times as well as bad ones-a nod to Her Majesty's commitment towards duty even at great cost. The sweet peas were a favorite of the queen’s and the flower of her birth month.

"The Queen has chosen lily-of-the-valley, pictured here in the Buckingham Palace gardens. Lily of the valley featured in Her Majesty’s coronation bouquet and has held special associations since."

Lilies of the valley (also known as Convallaria Majalis)  had a very sentimental meaning for the Queen. In addition to her bridal bouquet, they were also used in the Queen’s coronation bouquet in 1953. 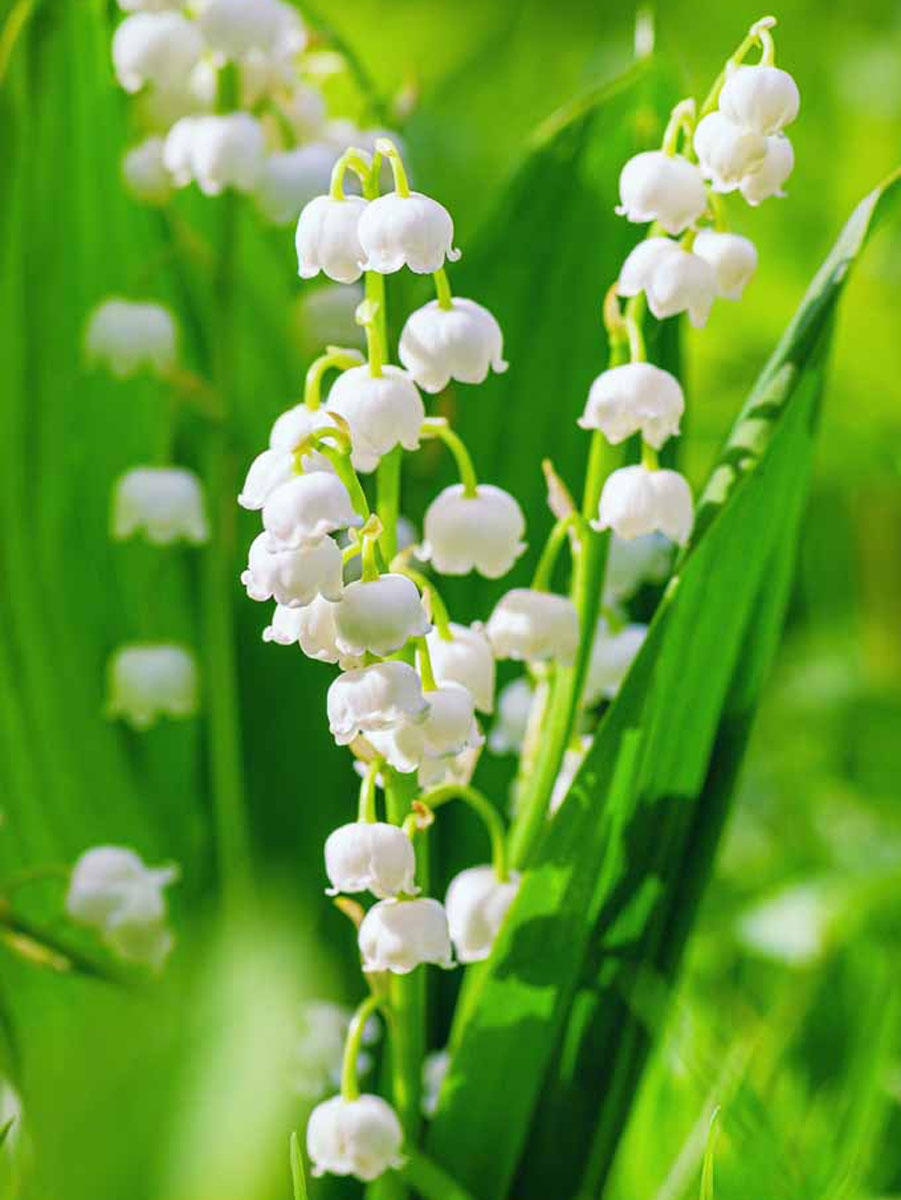 Lily of the Valley - Convallaria Majalis 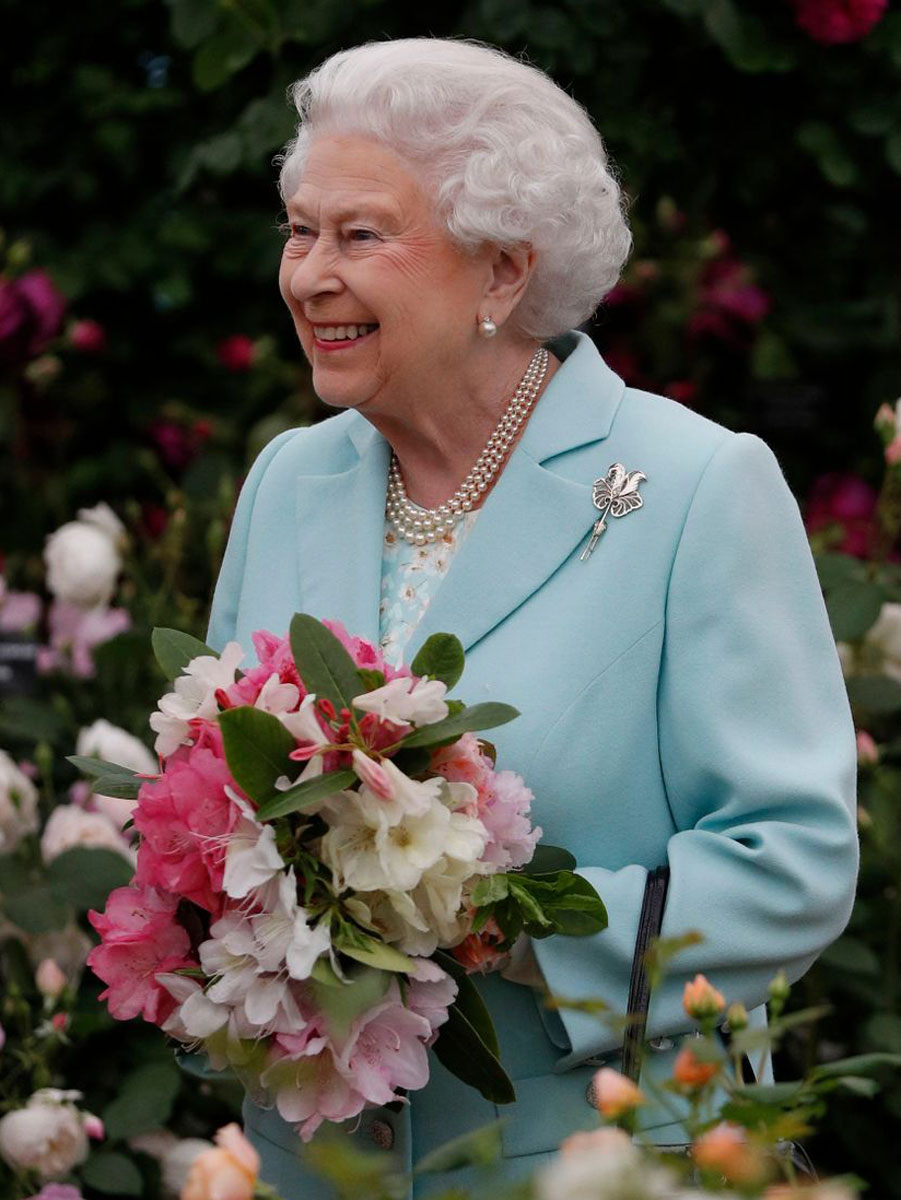 The lily of the valley was a favorite flower for Queen Elisabeth. It stands proud in Westminster’s floral displays, elegant and hardy with dark green leaves that contrast beautifully against white bells.

The white lilies of the valley were a perfect addition to Queen Elizabeth II’s final farewell ceremony in London. They captured her sense of formal occasion and memorable moments with their elegant formality as if they were truly royalty themselves.