Chapter One, Coming Out 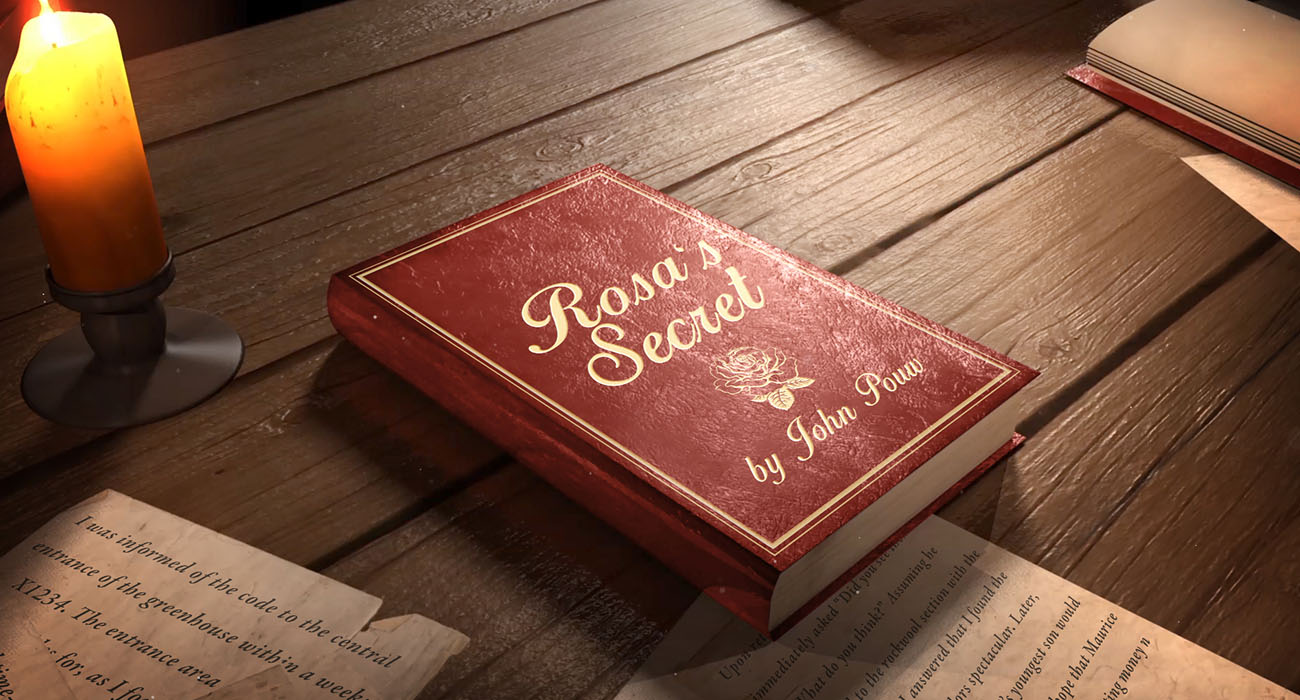 “They’re coming out!” Maurice comes in, excited. I had been on phone-duty after a brief instruction earlier that morning, so I could not go out. I had no idea what he was talking about. I had no idea whatsoever. At 34, desperate for change, I ended up at Witte de Wit’s Nieuwe Rozen B.V. in a tiny village in the center of Holland, some glasshouses and a small office, two brothers on the verge of retirement and their cousin Maurice, management assistant for 25 years. A fourth desk was fitted in. Luckily the computer age had yet to start. In 1990, they were modern with fax and electric typewriter. 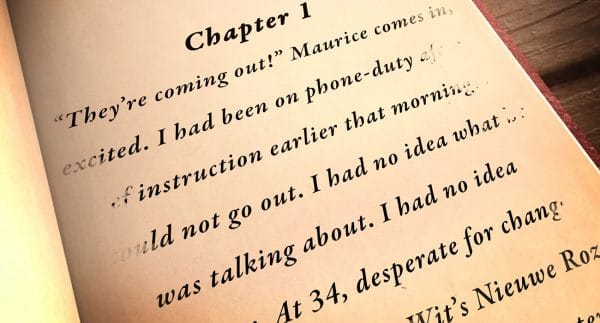 Just before lunchtime--Maurice was out at lunchtime, so I had to be in--I walked into the glasshouse to find out what the excitement was about. I made my acquaintance with the guys looking after the place. It seemed everybody was called Witte de Wit. The glasshouse turned out to consist of four different sections, the one to the left apparently the most valuable or secret, as it was closed off by an extra lock, operated with a code. Only after a year or so was I included into the fellowship of code-knowers of, what turned out to be, the house with the parents subjected to crossings. Until that time, I could enter with one of the code-holders or peek through the window.

I was informed of the code to the central entrance of the greenhouse within a week: X1234. The entrance area contained some tables for, as I found out months later, seed cleaning and sowing, with two small cold stores and a room containing vases with flowers. To the right, you first entered an area with flower beds to the left and right with roses in all kinds of colors. They were not planted in soil, but in, what Ben, Uncle Piet’s youngest son, said, “rockwool”, some creamy hairy looking stuff in long loafs. Months later I was surprised to learn that the name for this material should really be taken literally. This was Section II.

The next compartment contained big aluminum tables full of miniature rose varieties in pots. Some were flowering, others were not and here two guys were cutting off the stems of the pots on some of the tables, putting the stems in different little plastic bags, each containing a tag with a number. The last two sections, IV and V, had similar tables, but holding bigger trays with turf, from which here and there tiny plants were appearing. “One section for pot roses and the last for cut roses, as you can see,” my guide informed me. I could not tell the difference.

Upon returning to the office, Maurice immediately asked “Did you see them? What do you think?” Assuming he referred to the rockwool section with the big roses, I answered that I found the variety of colors spectacular. Later, Harry, Father Dré’s youngest son would say to Alex, no son, “I hope that Maurice will be busy enough counting money not to put in too many sticks this time.” In the course of the next weeks I found out, that the excitement was in the last two sections with ‘seedlings’ and that a limited number of staff were privileged to take part in the ‘selection’ by putting their own-colored sticks next to their favorite seedlings. Maurice’ sticks were pink, Harry’s’ blue and Father Dré’s were yellow—but, Harry and Alex would comment, “Colors and sticks are sacrificed, except for the blacks, on a Dréing Sunday.” Black was the color of Sjef. 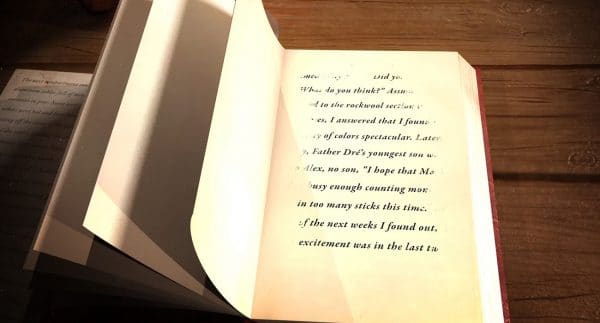 Sjef would arrive once per week in his black BMW to make his selections and discuss the exact mixture of the ingredients in the ‘A’ and ‘B’ containers. My last bit of romantic preoccupation in the growing of roses was killed by the addition of this chemical formula to the well-being of the plants. Only the rain water that was collected from the top of the glasshouse and contained under the concrete floors of the different glasshouse sections seemed to be the only influence of nature. Even the light and darkness was manipulated by big lamps (‘5000 LUX light assimilation’) hanging over the crops. Strict environmental legislation ruled that no drop of water was allowed to enter the soil or surrounding canals and even the condense water from the inside of the glass was to be collected separately from the rest. All water used in the greenhouse was filtered and recirculated. At regular intervals the place was officially inspected.

The rain water had another use: 72-year old Mrs. Hassefras, who came in every Friday afternoon to clean the office, swore by rain water and rain water only to clean the windows and rest of the building. On Monday mornings Maurice would pour chloride in the toilets. Mrs. Hassefras refused to use any kind of detergent. After 30 years of service nobody dared to change her mind, let stand fire her.

After leaving the glass world of fake nature and chemicals, I was happy my job was in the office. After the bizarre job interview and the outcome that I was hired, it was decided that my function was ‘commercial staff’. With the retirement of the twin brothers in two years, I would take over the international business, breeder’s rights and contracts from Father Dré. In due course a new breeder would be hired to replace Father Dré’s role in the greenhouse and likewise for the successor of Uncle Piet as contact for the clients in Holland. Maurice then would take over the throne as the next Witte de Wit. Since I spoke a few languages and was a quiet person, they thought I would be fit for the job of ‘commercial staff'.

It turned out to be the first job interview the brothers had ever done and instead of getting a better picture of the business, I walked out in a daze, only to be completely baffled to hear from them a week later that they wanted to make me an offer. But I was dying to get out of my teaching job and in the highlight of the economic depression, one could not be picky.

My start with the company two days earlier coincided with a planned trip to the Elzas, to see Monsieur Paul Schmidt, the agent for France, Italy, Greece and the Middle East. On the agenda was a new agent’s contract. On Monday I was explaining English grammar in a cloud of chalk, on Tuesday at 6.00 a.m., I was in the Mercedes of Uncle Piet, clad in suit and raincoat, armed with pen and notebook, making my way into the world of roses.

Chapter Two, Hare in the Elzas 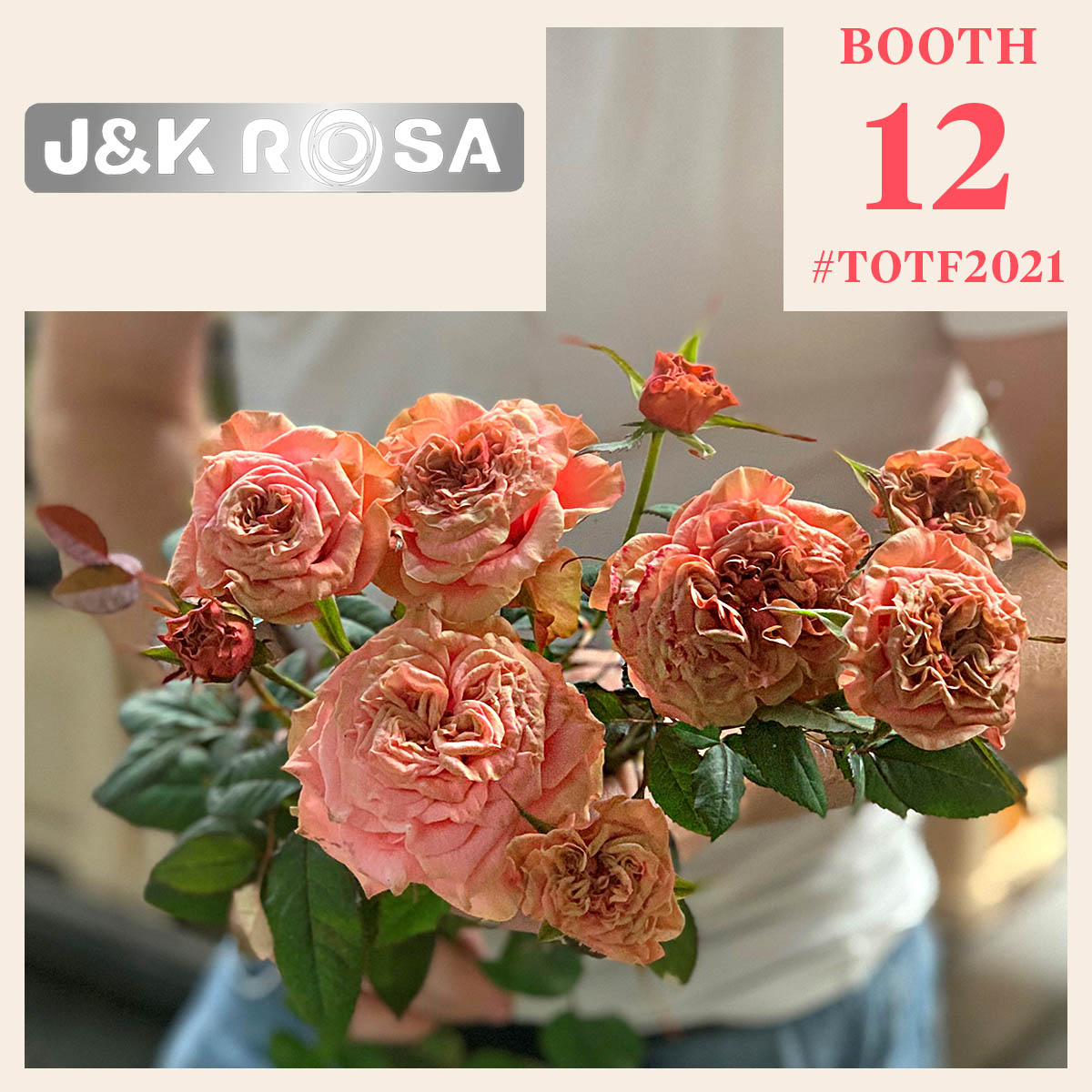 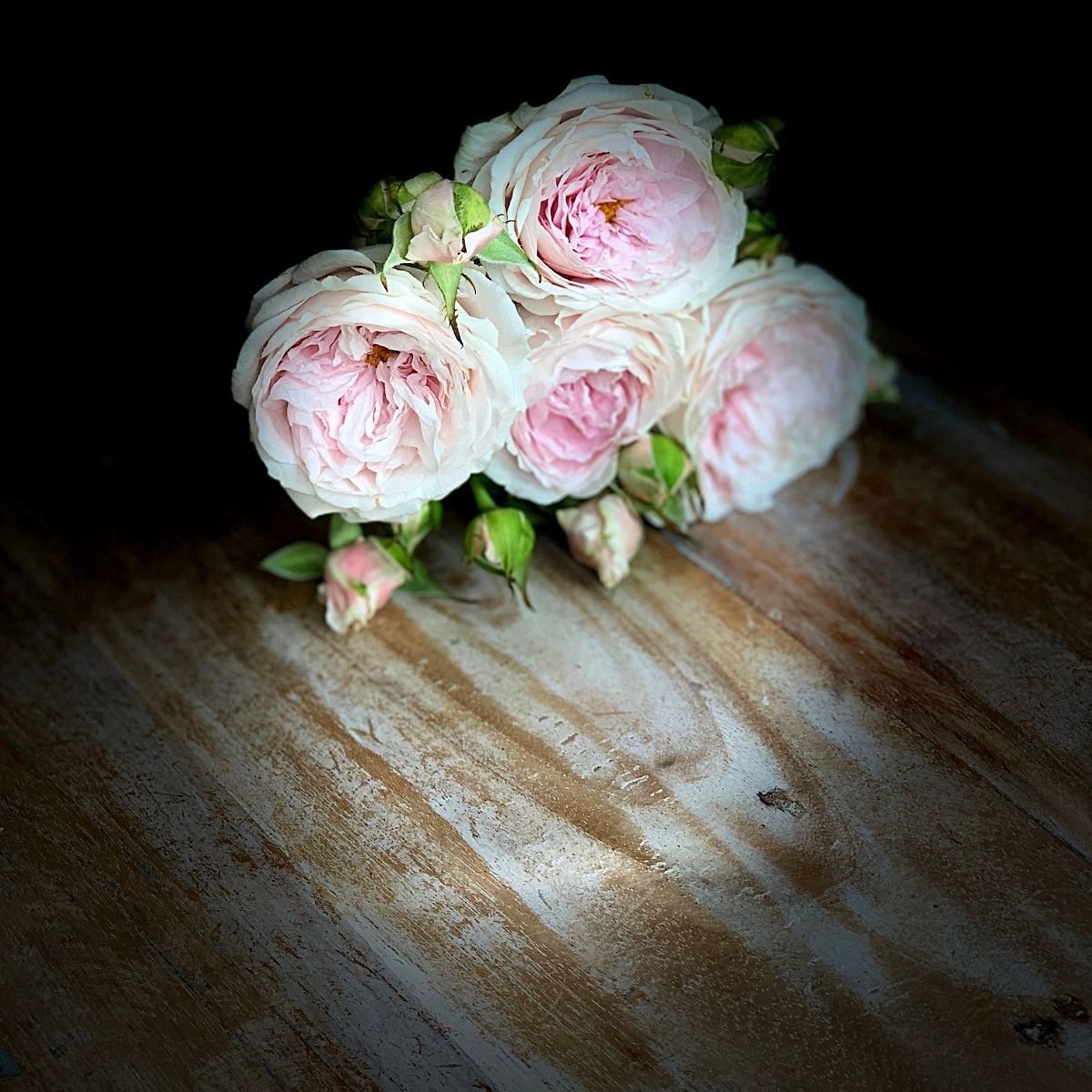 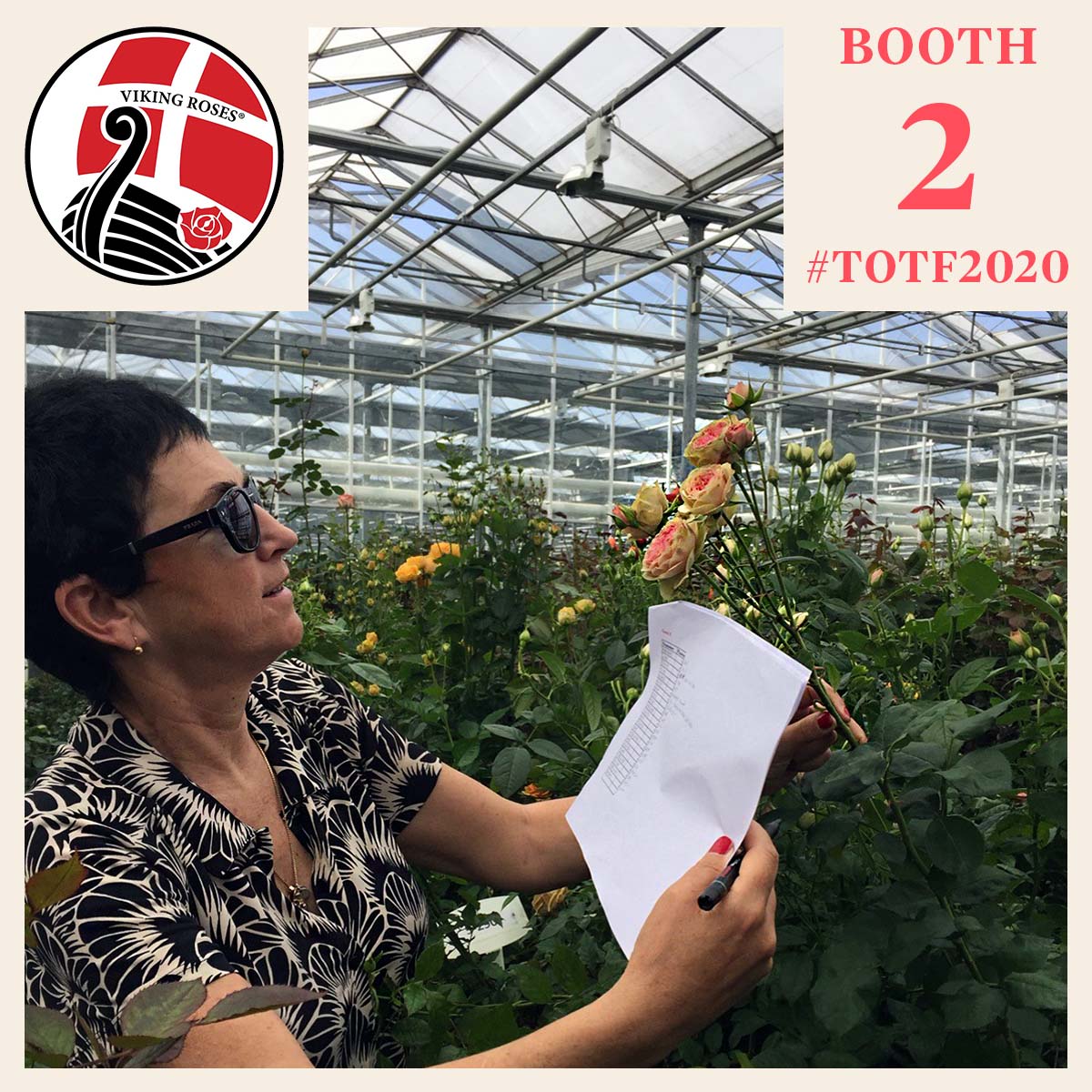