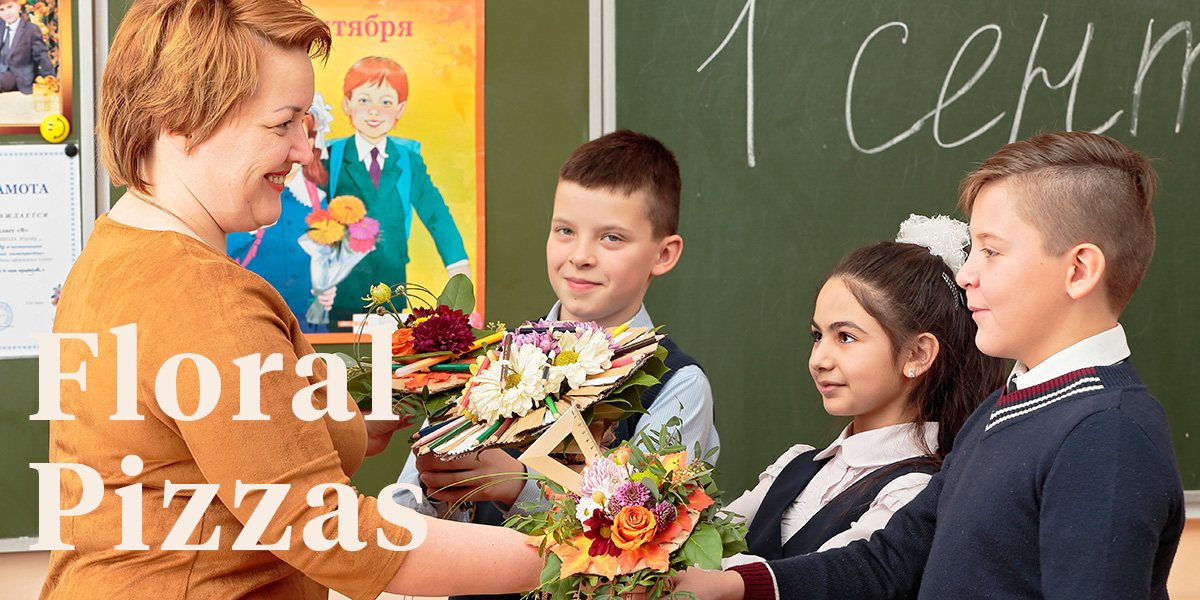 The 1st of September 1 is traditionally the first day of school in Russia. Here, the common name for this special event is Knowledge Day, but often simply called 1 September. It is customary for pupils to give their teacher a bouquet. This year's craze? Pizza Bouquets!

Reflect on the New Year

On the first day of school, parents and children come to school to reflect on the start of the new year. The children, often in their best clothes, form a line as tight as a ruler to take turns giving a bouquet to the teacher. The last week of August is therefore a busy week for traders and florists.

An Idea for a Bouquet

In these busy weeks, it is often difficult for florists to find time to apply new shapes or ideas. Mothers or grandmothers sometimes have an idea for a bouquet, which they pass on to the florist. I was wondering a few years ago what could be done to introduce something new here. I then did a little research into what I could offer in terms of new concepts. What could we do differently that year? And who has ideas about that? Not the teachers at the schools in Russia. We just want to surprise them. Who then? The answer: the children who give the flowers to their teacher! 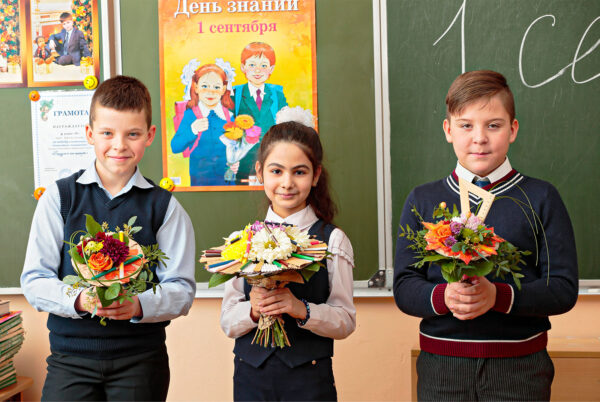 Children see the world around them differently than adults. When you ask children for their ideas, one after the other fun, crazy, or new plan will spontaneously come up on the table. This is how I came to ask these questions to a number of school-age children from different cities in Russia: "What might the bouquet you give to your teacher look like? What would you like to give to her?" The children said they would like a lot of colors, and also that there would be something schooly in it. However, the big surprise was the pizza! Multiple suggestions were made to make a pizza bouquet! Pizza is very popular with Russian children, and that's how they got the idea to use it in bouquets. 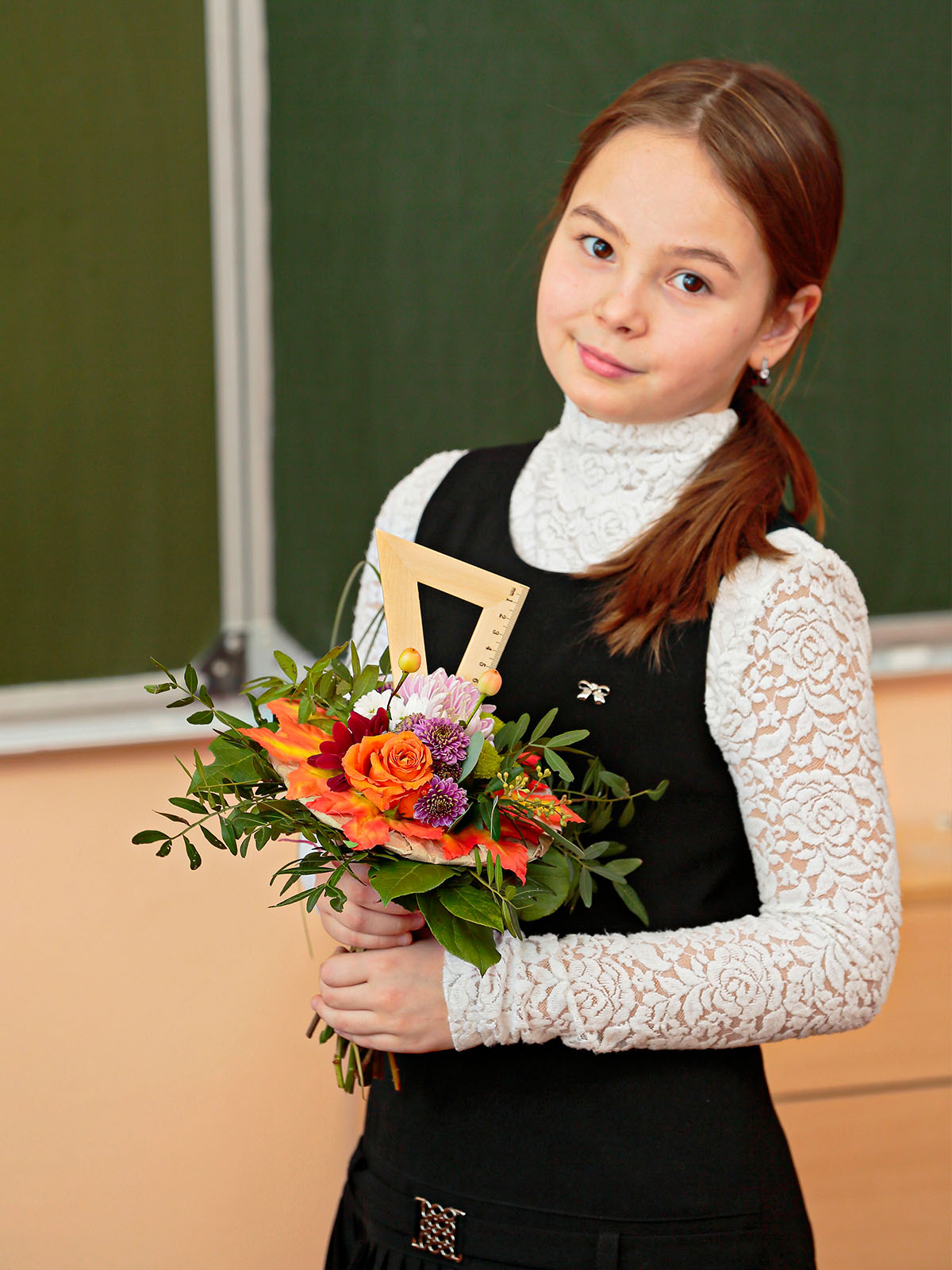 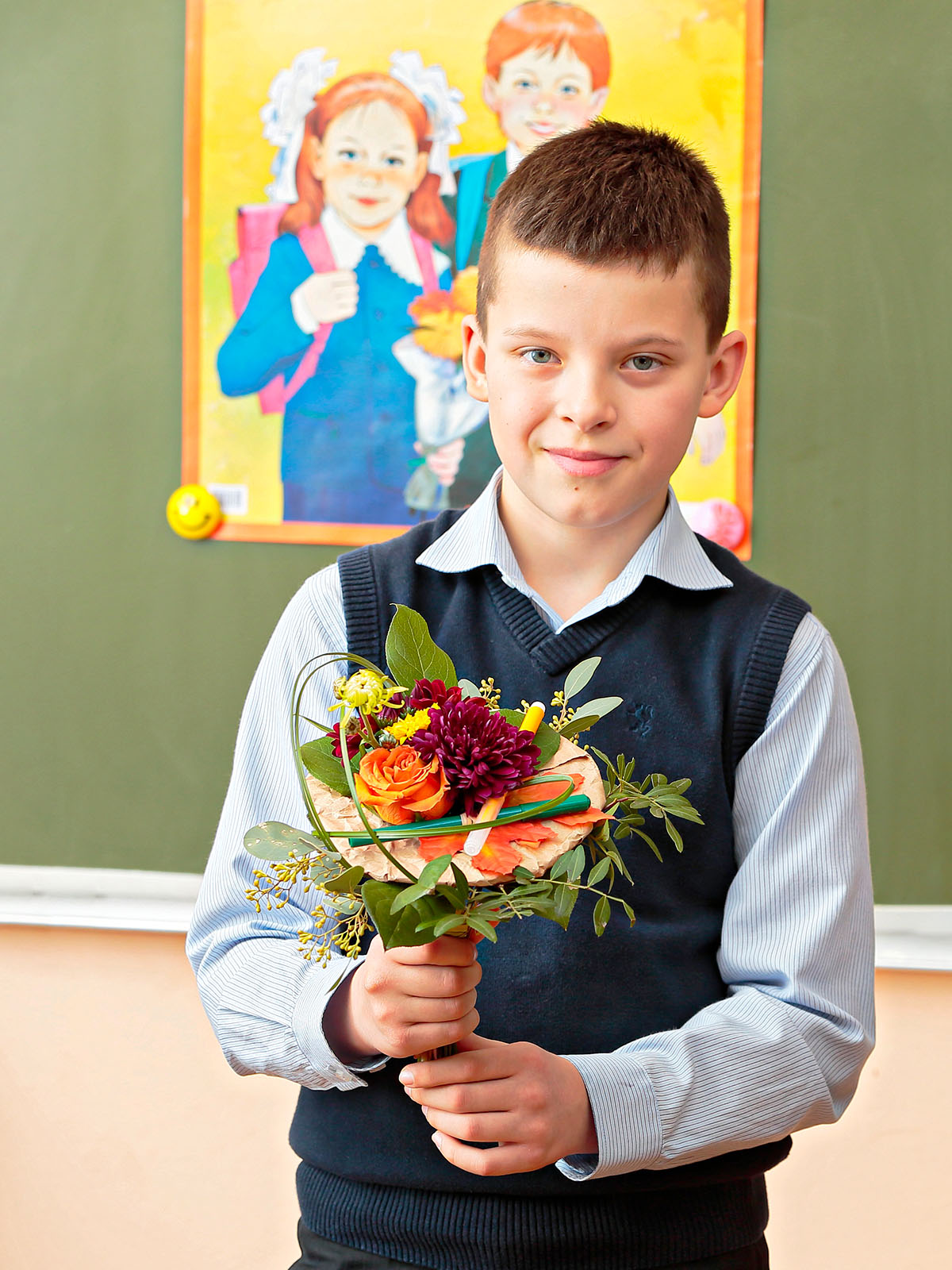 I then asked a few florists what a pizza bouquet with a lot of colors and also with school elements would look like in their floristic concept. This is how a number of striking, colorful pizza bouquets were created. With multicolored chrysanthemums of Dutch origin, with colored pencils and in a flat shape. Like a real pizza! 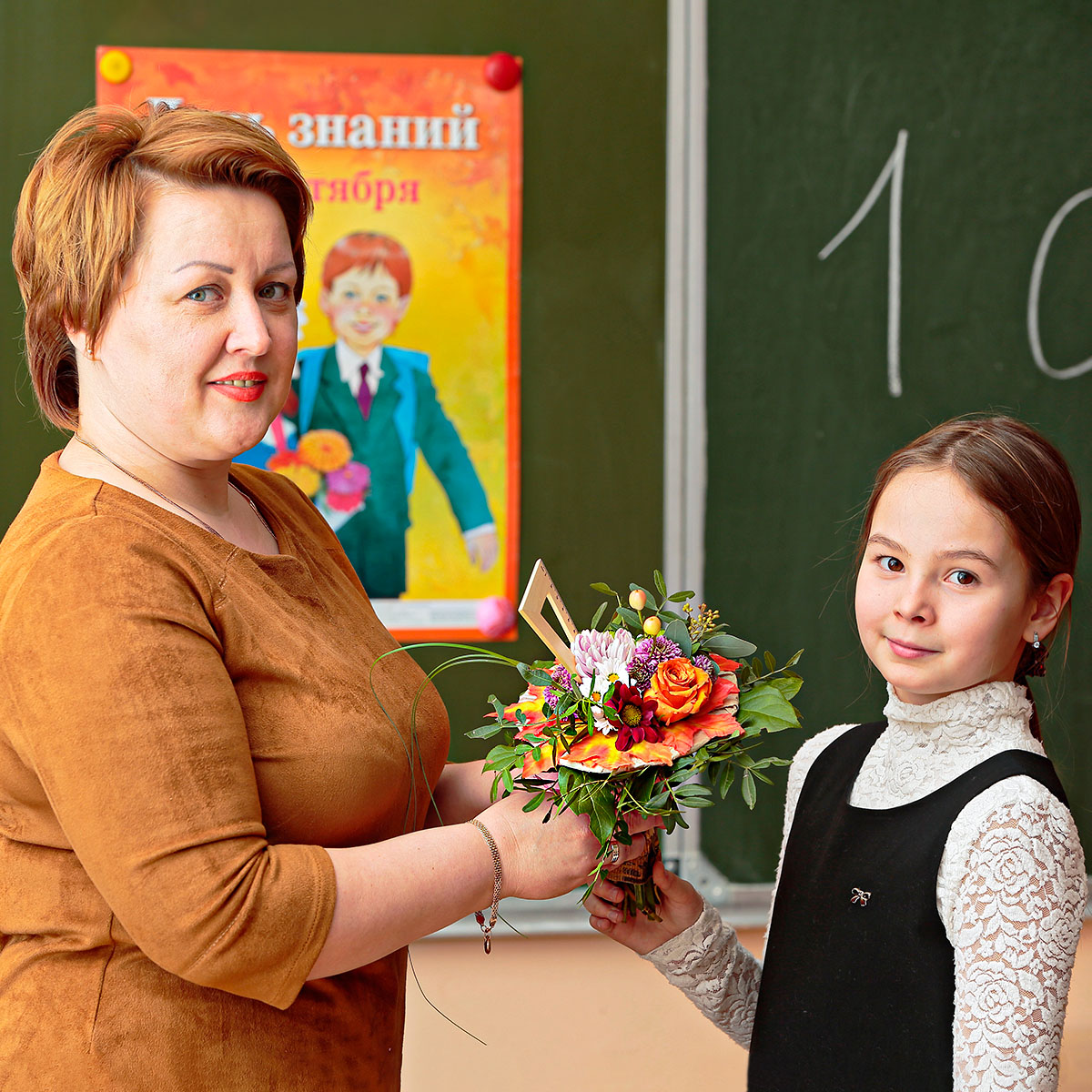 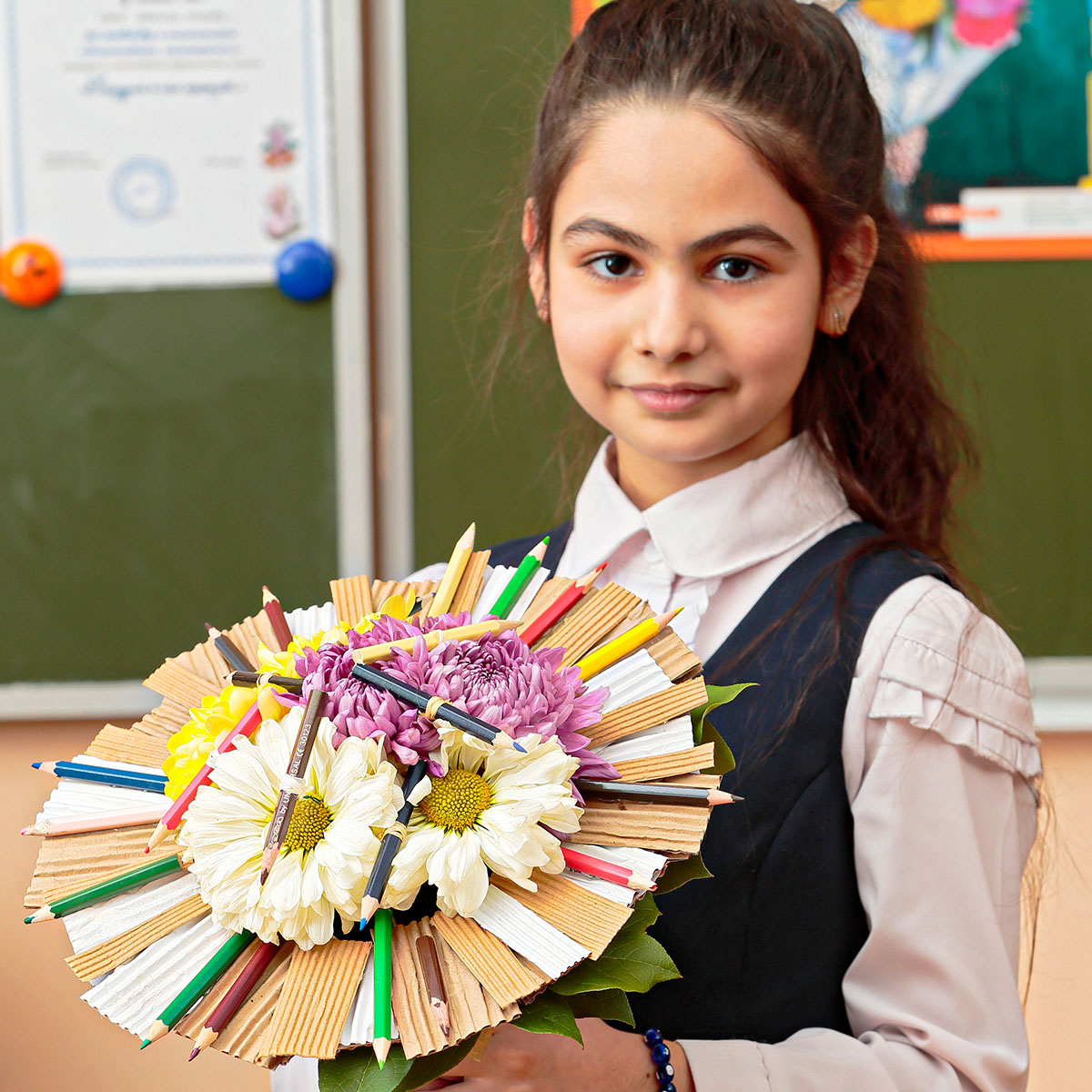 Flowers by Just Chrys, florist P. Gorbenko, photographer A. Popov
Special thanks to Just Chrys for the flowers, Paul Gorbenko for the designs, and A. Popov for the photography.
pizza bouquet 1st school day teacher's day knowledge day День Знаний