Explained - What Are Bulbs, Tubers, Rhizomes, and Corms?

We're going underground to find out what are the similarities and the differences between the various bulbous flowers.

A tulip grows from a ...? Correct, a bulb. There is so much to learn and know when it comes to flowers and plants. One of these things is the origin of this colorful horticulture that we all admire so much. Where do our flowers and plants come from? This part focuses on the hidden treasures; put in the ground and miraculously bursting to life from a horticultural type of womb, jumping from the sol towards the sun.

Bulbous plants have been planted and cultivated for centuries. In the past, they were used as food. After that, the flowers also took on a religious significance like the lily. Today they are grown and planted for their ornamental value.

Let's go underground, and find out all there is to know - similarities and differences - to the major groups: bulbs, corms, tubers, and rhizomes. For your reading pleasure, we keep it simple yet informative, and entertaining.

First Question - What Are Geophytes?

In general, we talk about 'bulbous plants'. But to be more exact, they must be referred to as bulbs, tubers, rhizomes, claws, tubers, corms, pips, nodes, and cornels (a.k.a. dogwood). The above-ground parts, the leaf, and stem, as well as the underground parts, ensure the storage of nutrients.

The herbaceous flowers and plants have particularly shaped, often swollen, leaves, stems, or roots with which they can survive and reproduce. That last word 'reproduce' is key when it comes to these kinds of flowers because flowers from seeds and cuttings can't do this on their own. Plants with this growth habit are called 'geophytes', from the Greek 'geo = earth' and 'phyton = plant'. In other words, plants with underground food storage. They are able to go through unfavorable periods when dormant such as drought, heat, and cold, waiting for better conditions.

Periodic development is characteristic of bulbous plants: a period of growth and flowering alternates with a period of rest. The basis for this is the climatic conditions in the original growing area and what is determined by the plant itself. The rest period can be postponed by the plant, but not skipped.

For bulbs, the dormant period is the most important stage of development. During this period, the leaves and flower buds are formed for the next season and sometimes even for two or three seasons. In most tubers and rhizomes, the leaves or stems with leaves grow first. When these have grown, the inflorescence appears. There are some exceptions such as Amorphophallus and Sauromatum, which flower first.

So far the similarities. In the next part, we'll learn the differences between the various bulbous plants and flowers.

What Is a Bulb?

To keep it simple: a bulb consists of roots and a stem with leaves. The stem is very short. At the bottom of this is a border with roots. On the bulb itself, you will find thick broad leaves like fleshy scales that contain the reserve food. The scales grow together to form a ring around the shoot (tulips, narcissus, and hyacinths do this). However, some bulbs, like lilies, do not form this ring.

Sometimes flower bulbs have a skin, formed by dried outer scales. This has a purpose: flower bulbs with a skin can be stored dry, while flower bulbs without a skin (like lilies) dry out quickly and are therefore better not to be stored. Lilies are left in the ground or need special storage treatment.

The main bud, the future plant, is located in the center of the bulb. In the armpits of the fleshy skirts are buttons. The reserve food is used to build the stem, leaf, and flower from these buttons. These parts are together in the sprout that slowly stretches.

When the time comes, the plant will flower above ground. During this period, new roots are also formed that absorb food from the soil. Under the influence of sunlight, carbon dioxide from the air and water with minerals from the soil are transformed by the plant's leaves into sugars. This process, called assimilation, is responsible for growing new buttons that grow into new flower bulbs. And so the bulb had reproduced itself, and the circle is round.

From the left: inside a tulip bulb (photo by Steven Bellemlan), amaryllis (hippeastrum) starts growing (photo by Wilfried Overwater). Image by iBulb.

How Many Years Do Flower Bulbs Bloom?

There are annual, biennial, perennial, and naturalizing bulbs.

What Is a Corm?

They may look like a pile of stones, but corms are actually very much like true bulbs. Just like bulbs, they are swollen underground stems that store food for the plant during dormancy. Unlike bulbs, corms are solid and do not have scales or fleshy leaves. Since they are solid, the bud, or growing tip, is on the top of the corm, instead of in the center of the bulb's scales. It has a tough skin from which the roots grow, usually stocky, thick, and round

Corms are very similar to bulbs but lack the layered scales that characterize true bulbs. . On the outside, there are the buttons or eyes from which a new plant grows. Gladiolus, crocus, and crocosmia are examples of corms.

Two images of the crocosmia corm: left with the tunic partly stripped to show its origin at the nodes, right the crocosmia anatomy. Image by Jon Richfield on Wikipedia.

What Is a Tuber?

The tuber is very similar to the flower bulb, but it differs in a few ways. For one: its looks. Tubers do not have this ball shape, but something that can be best described as a swollen stem, the 'tube'. Hence, tubers store their reserve food not in a bulb, but in the fleshy root (root tubers) or the stem (stem tubers). The dahlia is a root tuber while the begonia is a stem tuber. And did you know that common potatoes are stem tubers, while sweet potatoes are root tubers (also named tuberous roots)? Tubers do not have scales but are usually covered with a skin that allows them to be well preserved.

During growth, the tuber is completely used up, all the reserve food is absorbed. That's why most tubers are annuals. The crocus and gladiolus then form a new tuber on the old tuber and sometimes a number of small nodules, the beads. The beads are used again as starting material (young tubers that can be grown).

From the left: dahlia / ranunculus (photos by Fotostudio Artifex). Courtesy of iBulb.

What Is A Rhizome?

This is a thickened stem, which grows horizontally underground. Rhizomes have eyes (some call them buttons). The eyes open up and thus form the above-ground plant. They can be propagated by cutting them into pieces. They have no skin so they dry out quickly. The calla is a known rhizome, although it is often referred to as stem tuber since these are often formed from thickened stolons or rhizomes. You see, there is a kind of overlap here.

Rhizomes of a calla (photo by Wouter Koppen). Courtesy of iBulb.

These were all the basics of the major underground groups of horticultural 'wombs' We have used many sources to gather all the information. The difficulty is that many sources contradict each other, like classifying a type of flower as a tuber, where it actually is a rhizome, or a corm as a bulb. We have tried to use all these sources to make this comprehensive and complete overview. And yes, there are also some minor groups, like claws, pips, nodes, and cornels (a.k.a. dogwood). Perhaps another time? Enjoy your garden, enjoy growing beautiful flowers and plants! 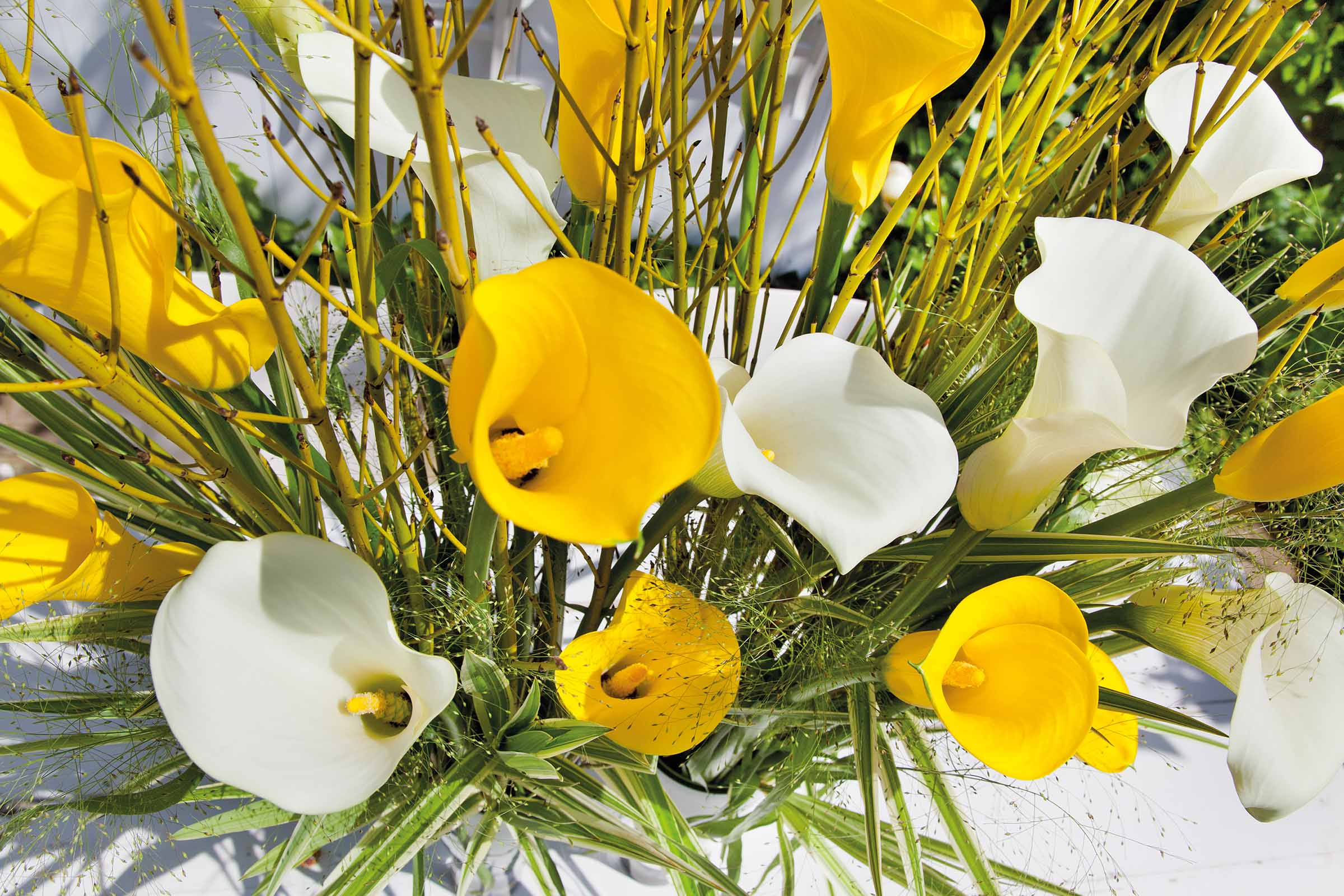 Floral Education
Layered Spaces With Callas Is a 2023 Trend to Look Out for in Interiors 2023 will be a year full of new trends including layering spaces and interiors with colorful zantedeschias. Here's everything you need to know.
Aug 04 | 4 min read 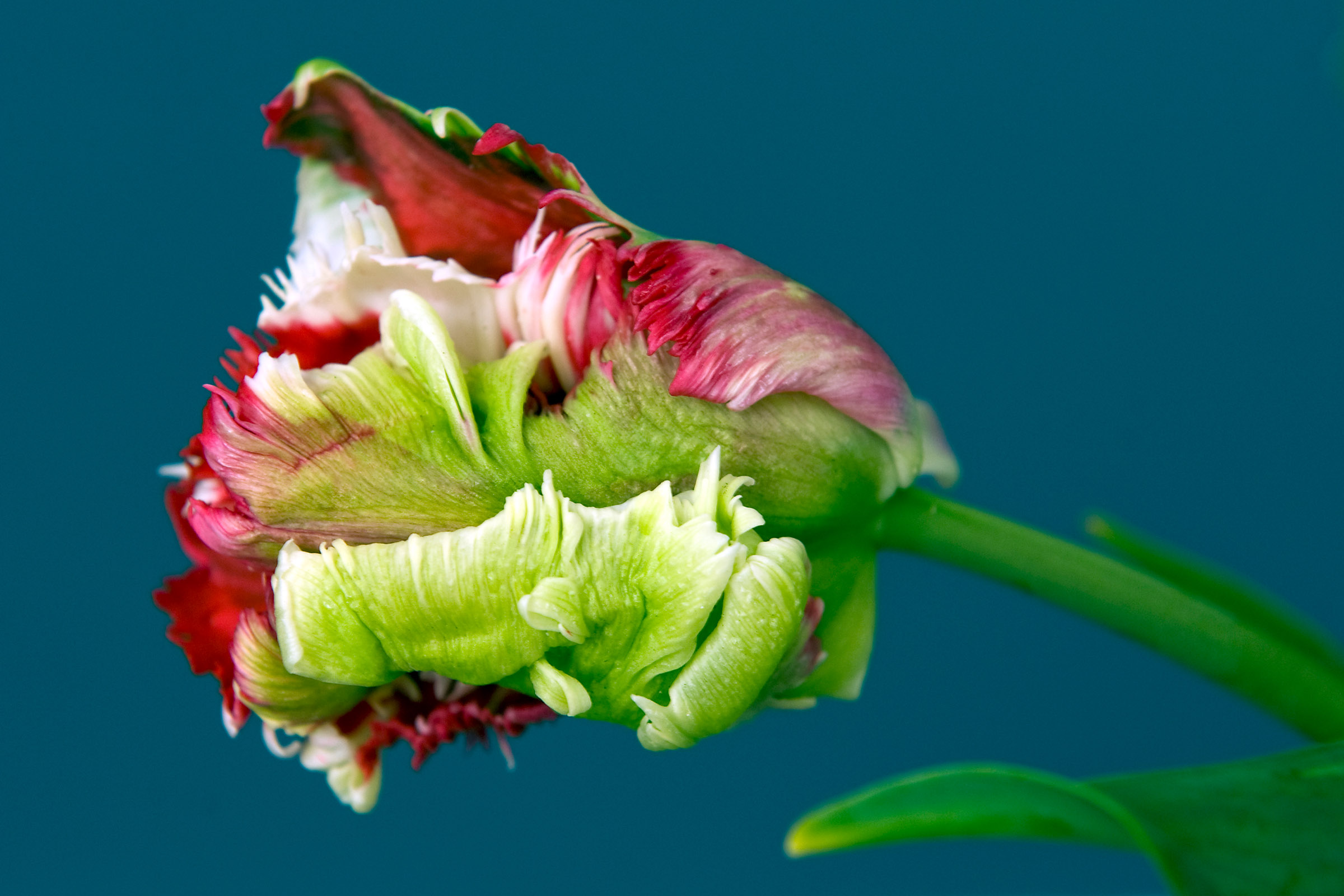 Floral Education Essentials
How to Enjoy Your Tulips to the Max? These are the best tips from breeder and grower Borst Bloembollen and Chrysal for long-lasting tulip pleasure.
Feb 28 | 6 min read 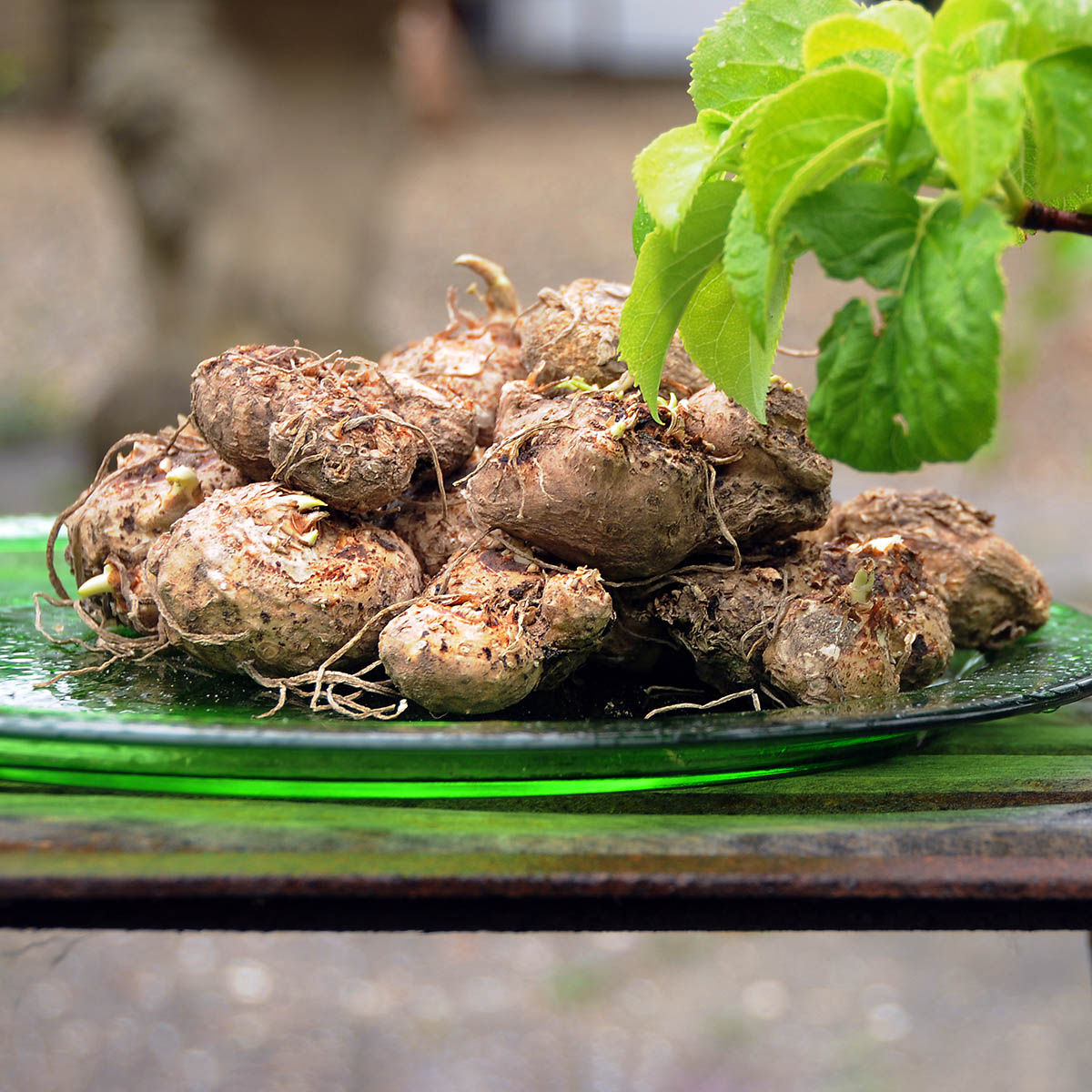 Flowers How It Works
Back to the Beginning - Every Calla Starts as a Tuber But why is a calla a tuber, and what is the disctinction between an bulb and a tuber? Here's a little Origin of Species.
Jan 31 | 4 min read
ALL ESSENTIALS ALL FLORISTS ALL PRODUCTS ALL GROWERS ALL BREEDERS ALL TRADERS