Floriography - Known as the Language of Flowers

Understanding the meanings of flowers is crucial for interpreting fine art, literature, and even day-to-day communication 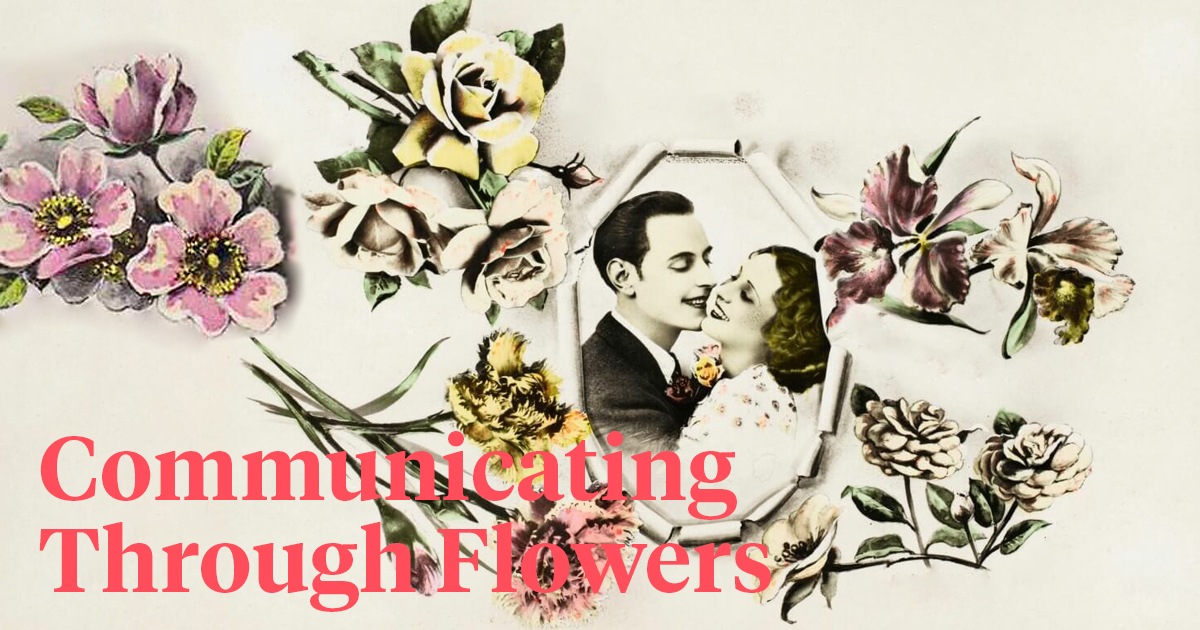 We strive to communicate with nature's beautiful blossoms by using their language. Flowers have had symbolic meaning stemming from mythology, folklore, religious beliefs, and life values ever since the beginning of time. Did you know the art and language of flowers is known as floriography? All you want to know will be explained here.

Floriography - What Does This Terminology Refer To?

This is a fun lesson to learn more about the flower world and the thousands of terminologies that make it up that you may have never heard about. The term used to describe floral language is known as 'floriography.' It was first used to describe the metaphorical significance attached to certain flowers throughout the Victorian era dating back to 1837 through 1901. The art of using flowers as symbols is called floriography, or the language of flowers. It is a coded method of flower communication.

Although it predates the Victorian era, floriography rose to prominence in Victorian England and the United States during the 19th century. Its origins can be found in the 15th century in Persia and Turkey, where people used flowers instead of words to express feelings that were taboo or socially unacceptable.

The Art of Communicating Through Different Flowers

All flowers have diverse meanings, which are frequently determined by the type of flower, the color of the flower, or both. And floriography is the art of communicating with different types of flowers. Giving flowers as gifts becomes much more thoughtful after you discover and comprehend the significance of flowers since you can express exactly how you feel with a bouquet!

Historical Facts About Floriography in The Western Culture

The 'Selam' language of the Turks is an eastern tongue that uses flowers and other items. Clever harem women used this covert floral language to speak to their boyfriends outside the harem. Only by affixing rhyming terms to certain objects like flowers and fruits could the code of a harem be cracked.

Some authors cite 'Selam' as the origin of flower metaphors and sentiments, however, it was more of a mnemonic system than a language of meanings. In actuality, it served as a tool for aiding in poem memorization. Selam became well-known in Europe as a system of linking flowers with symbols despite being a mnemonic system.

Much like Western floriography, eastern nations also have set meanings to their flowers. For example, the Japanese 'Hanakotoba' is a separate, independent floriography. It is an ancient Japanese art of assigning meaning to flowers.

Flowers Were Often Sent as Codes

Flowers were often sent as coded messages to the receiving party. But as the symbolism of flowers grew more nuanced, it led to misunderstandings and unpleasant situations. French publishers started publishing flower dictionaries at the start of the 19th century in an effort to decipher the meaning of flowers.

To disseminate the flower language, numerous dictionaries have been developed over time. People used to travel with dictionaries that were stuffed with the meanings that various flowers were given. There were more than one hundred floral dictionaries published worldwide in the 20th century. But through time, the significance of flowers has been lost and muddled. Today, most people are no longer aware of the significance of most flowers.

Flowers make wonderful presents for nearly any occasion, but they become even more meaningful if you are aware of their individual meanings. Because flowers have varied meanings in various cultures, there isn't always a common language associated with them. In addition, certain flowers have symbolic meanings associated with the smells or therapeutic qualities they possess. It's also important to note that various flower colors represent various emotions.

A pro tip: consider the significance behind the type and color of flowers you choose before making a bouquet. When offering flowers as gifts, keep in mind that each bloom has been given a certain meaning. Create your own hidden messages by blending your own bouquet And don't forget, flowers have a voice. You can still use floriography to convey your feelings if words fail you.

If you want to know all about color flower meanings as well as what different types of flowers symbolize in the world, make sure to check out the floriography of flowers.