Since 1971, every 2 years, the Grand Place has been carpeted with flowers, each time with brand new motifs and more original from year to year. 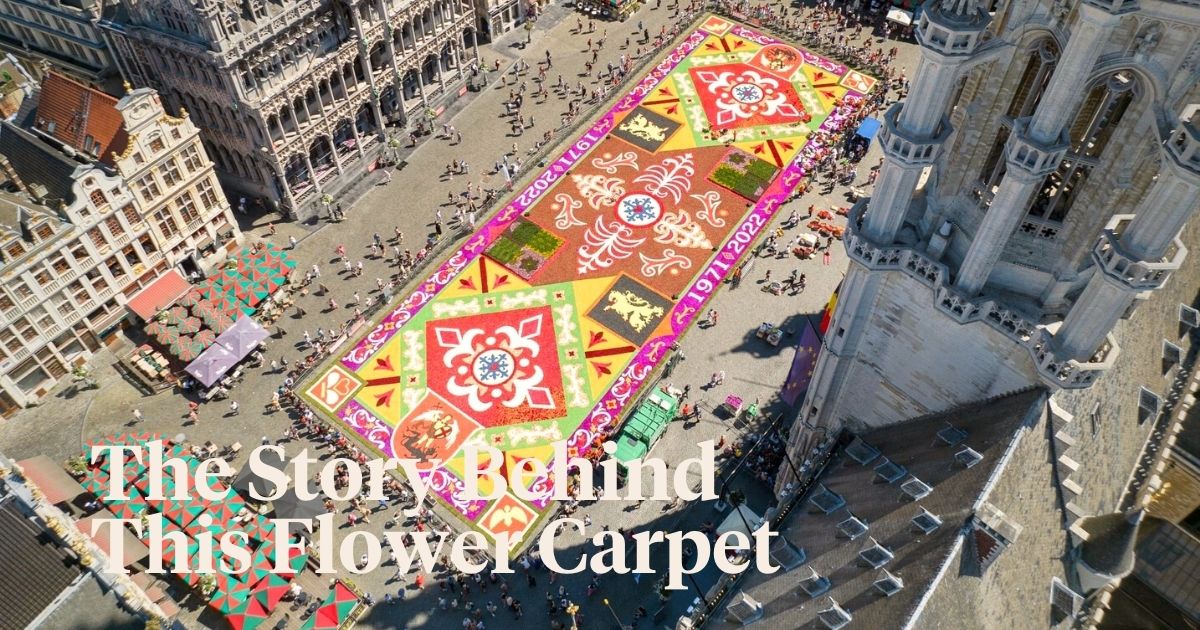 The Flower Carpet is finally back. The Grand Place in Brussels, a UNESCO World Heritage Site, dazzles us once again, decked out in a thousand and one colors. This ephemeral work of art, which showcases Brussels all over the world, celebrates its 22nd edition this year. So after a pandemic break, it's back, and Brussels celebrates.

The title of the very first 1971 carpet was Arabesques. The arabesques in question were formed by the natural shapes of leaves and stems, arranged decoratively. The Flower Carpet on the Grand Place is a highlight for culture and tourists that constitute our identity and uniqueness. It also offers the opportunity for a privileged collaboration between artists, horticulturists, and volunteers from the four corners of Belgium in a majestic and utterly delightful project.

A Renaissance and a Return to Its Origins

To mark its 50th anniversary and its 22nd edition, the Flower Carpet is a nod to the very first creation in 1971. Because the floral legend began in 1970... in Oudenaarde. Brussels Alderwoman, Mrs. Van Den Heuvel, and Alderman Mr. De Rons were visiting the Flemish city and discovered a stunning carpet created from thousands of flowers. Thus the idea was born: Brussels would have its Flower Carpet! 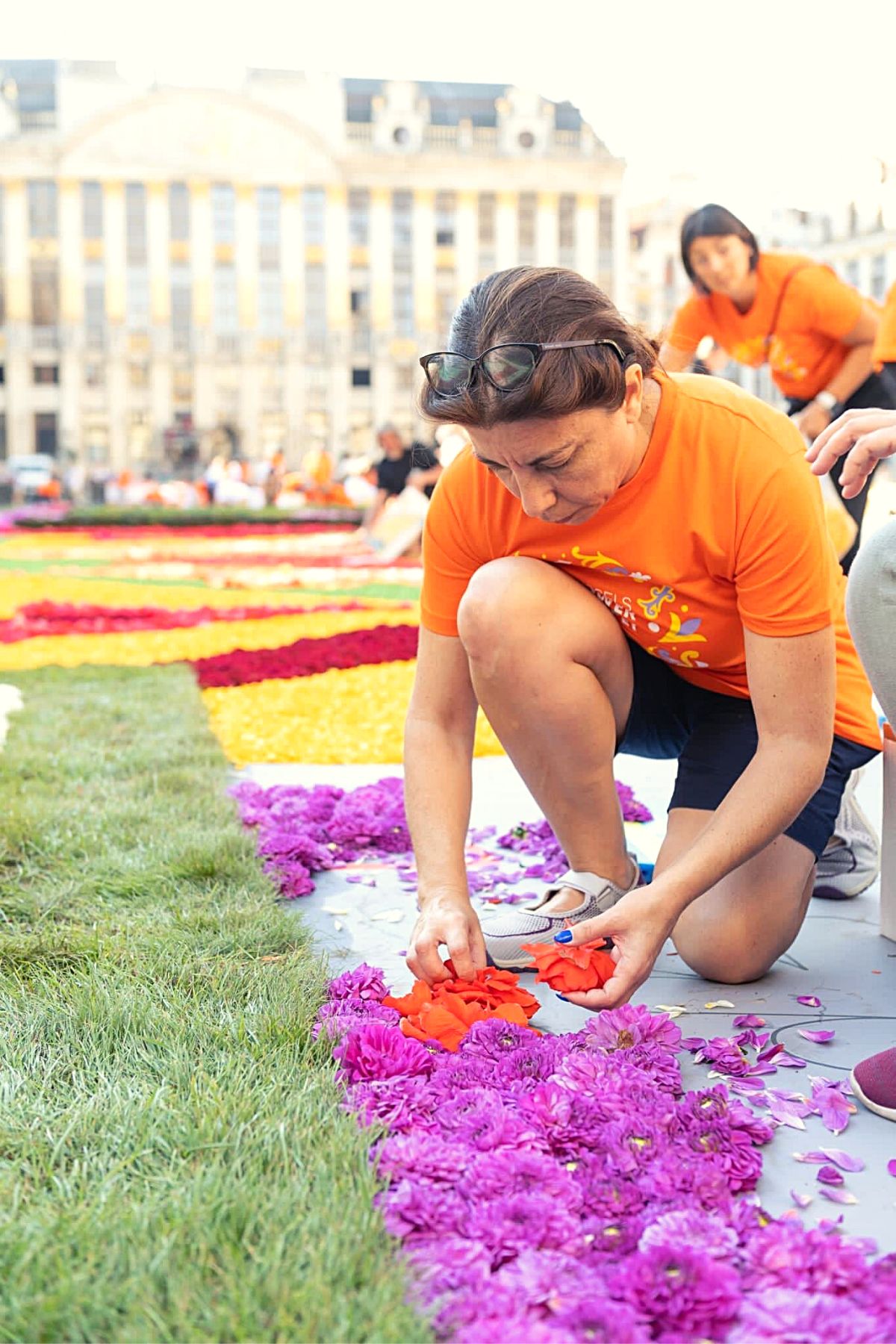 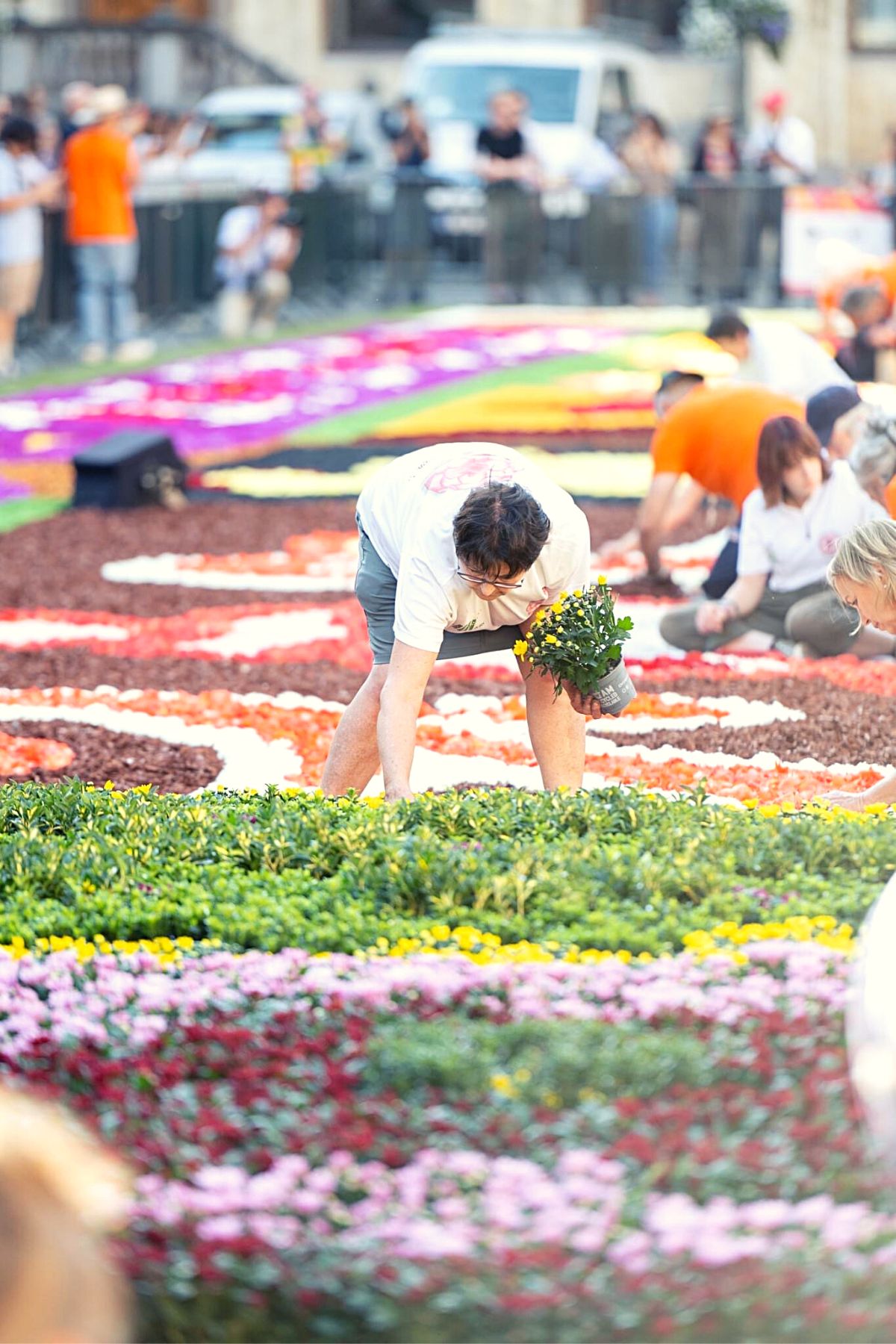 The following year, it sprang to life on the Grand Place. The first edition was the result of a collaboration between Francs-Bourgeois (an association of retailers in the center of Brussels) and the AVBS (Flanders' Federation of Green Industry), of which Étienne Stautemas was president at the time. Born in Zottegem in 1927, and a graduate of Ghent Horticultural College, Étienne Stautemas began creating carpets out of begonias, a flower he was truly passionate about, in the early 1950s. At the time, he had designed more than 180. With his team, he emptied the GrandPlace of its cars (it was then used as a car park) and set to work. The rest is history. 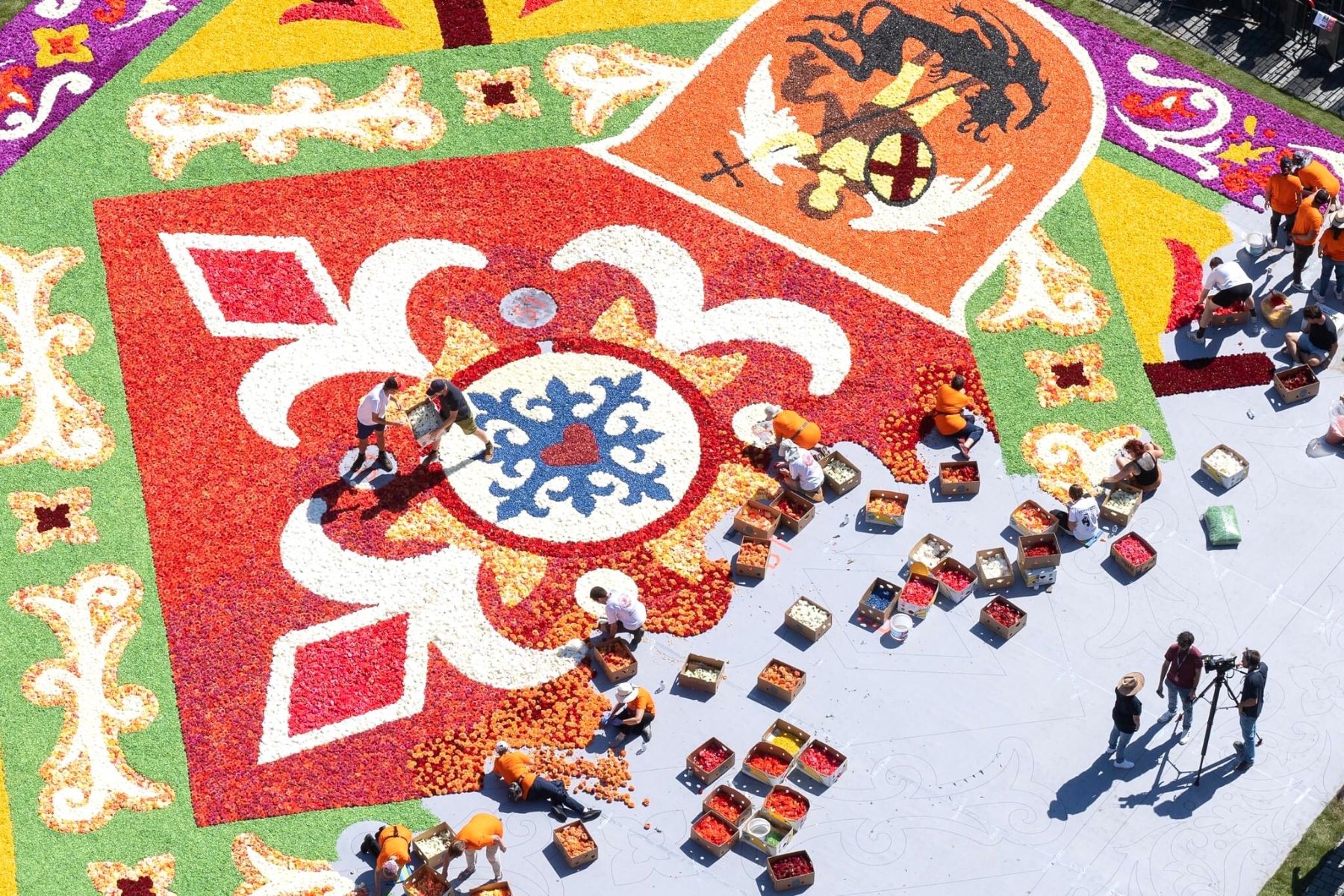 The carpets followed one after another and in 1977, Annette Katz took over as head of the organization for the preparation of Bruocsella, the Brussels millennium edition (1979). Anxious for the event to continue after her, she co-founded the 'Brussels Flower Carpet Association' in 1991. In 2017, she passed the torch on to Richard Poncin.

A Copy? No, a Contemporary Interpretation!

As a tribute to Étienne Stautemas, the 2022 Brussels Flower Carpet reproduces the very first design he created. All the elements present in the original design appear in the 2022 design, including Saint Michael the Archangel and the Belgian Lion.

Filip Fontaine (General Director of VLAM, Flanders' Agricultural Marketing Board, a partner of the Flower Carpet and the 2022 edition):

"This year we have also included other flowers cultivated in Flanders, such as the chrysanthemum, in the floral composition, to emphasise the variety of our ornamental plant cultivation." 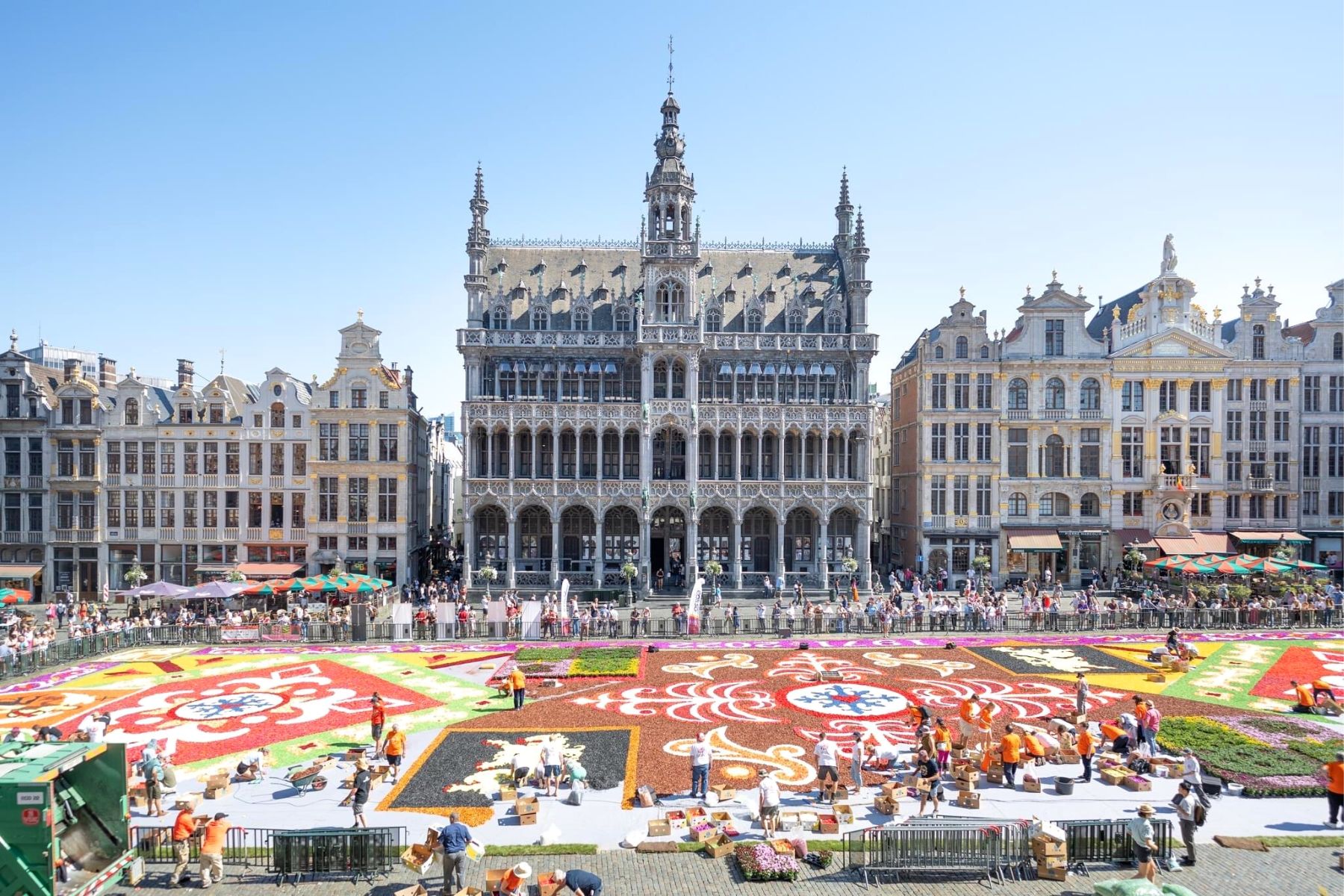 More than a simple copy, it is a reinterpretation, since techniques have naturally evolved. In 1971, the Flower Carpet was made using a 'template' of an arabesque cut out of thick cardboard and transferred thousands of times, using the space between the thumb and little finger to measure the 20 cm needed. In a nod to Étienne Stautemas' working method, the 20 cm has been retained in the new design, but modern techniques allow surface calculations to be produced to the nearest cm², avoiding errors of scale. 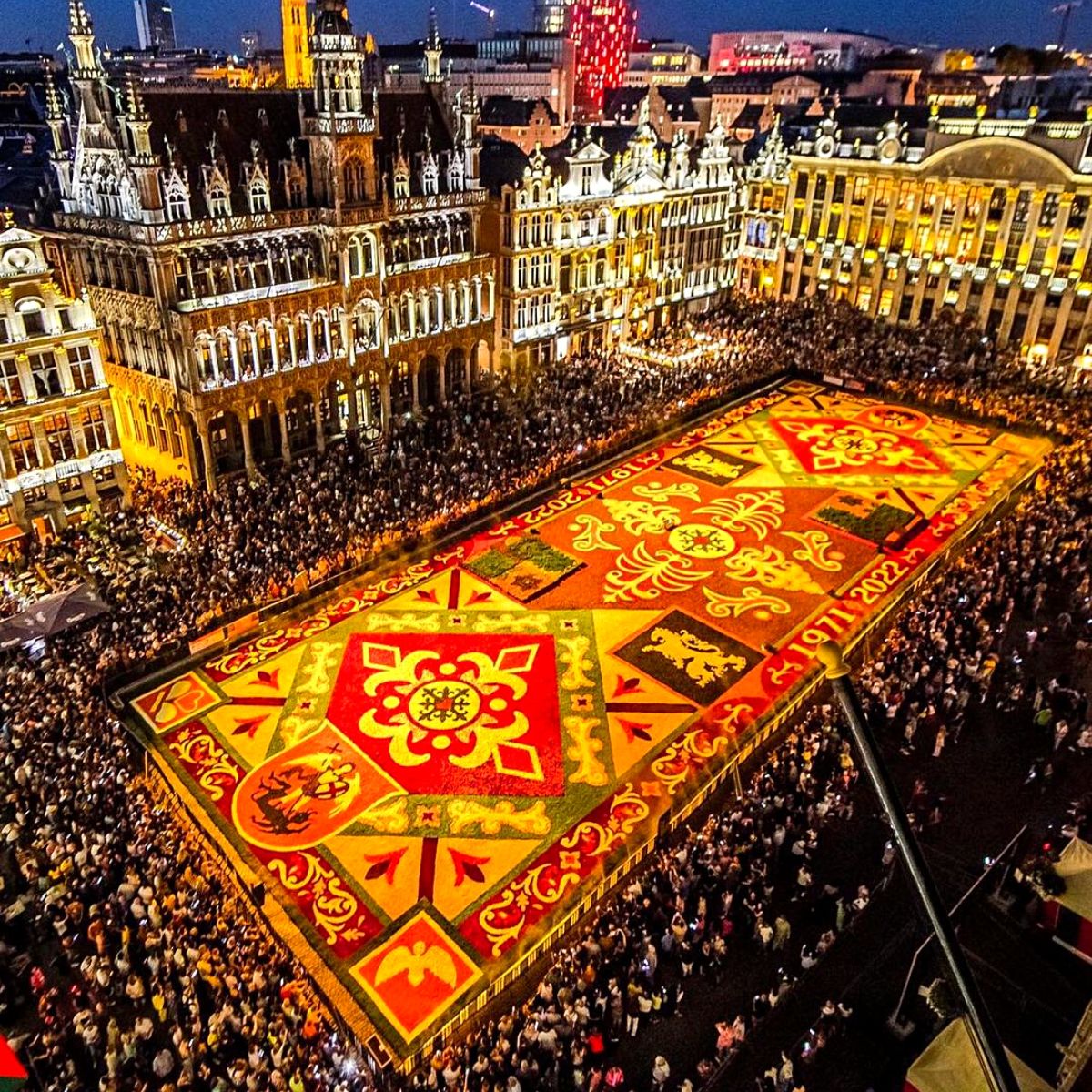 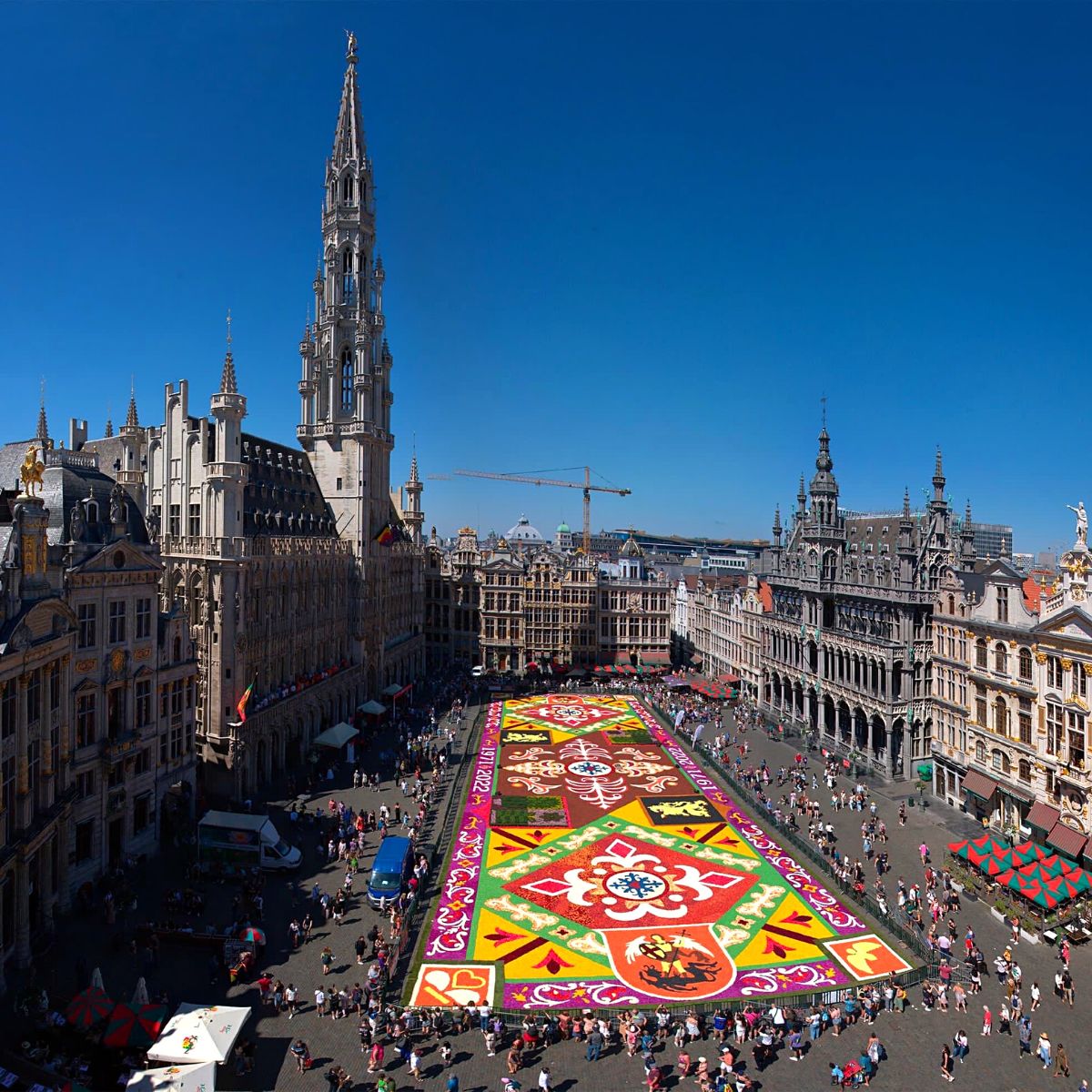 The design of the 2022 edition is the result of a collaboration between Roo Aguilar Aguado, a Mexican artist, and Koen Vondenbusch, a student of Étienne Stautemas and his successor Marc Schautteet, who has been working on the Brussels Flower Carpet for 28 years. Both spent more than 280 hours reconstructing the pattern of the 1971 carpet, based on Stautemas' hand-drawn plans. 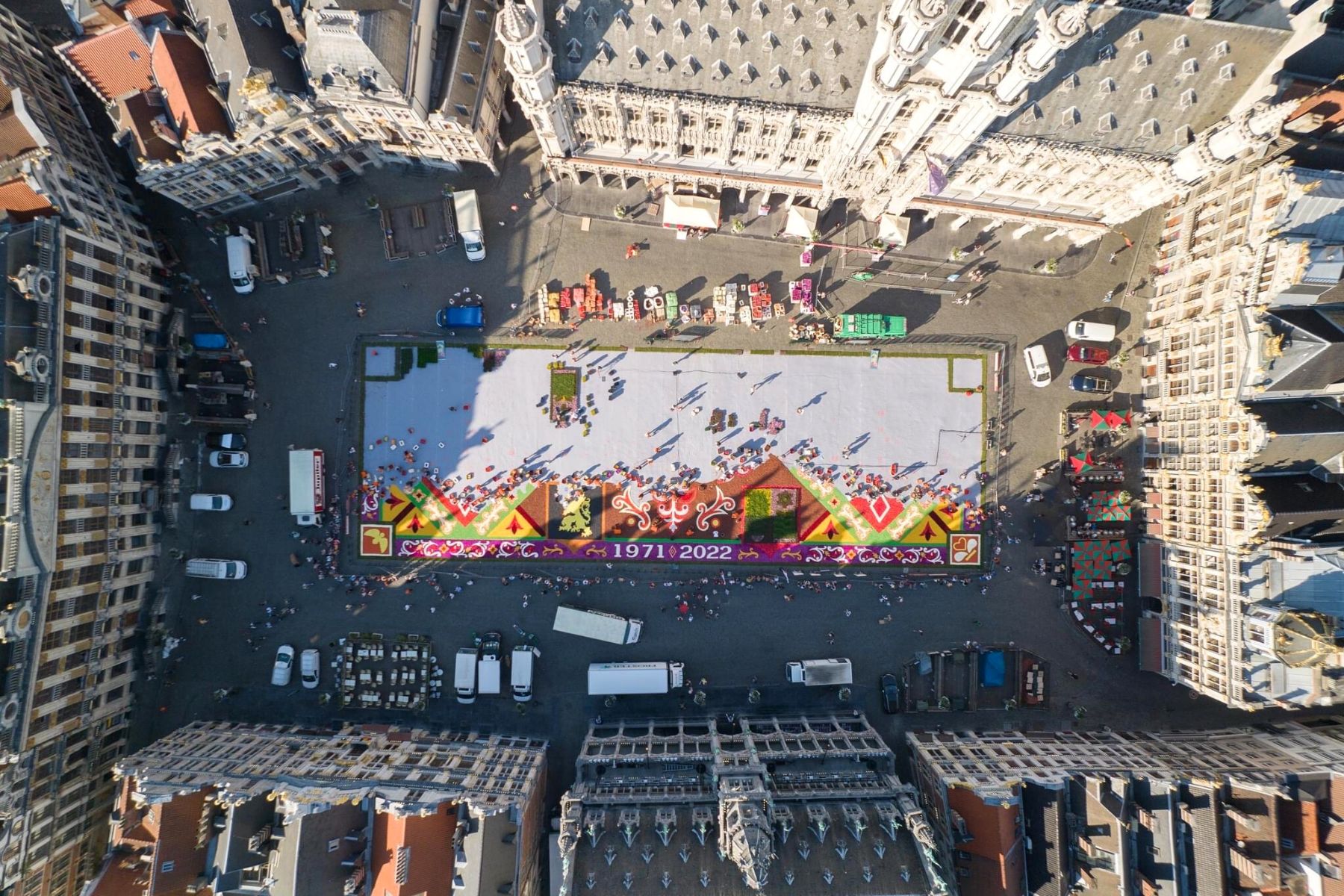 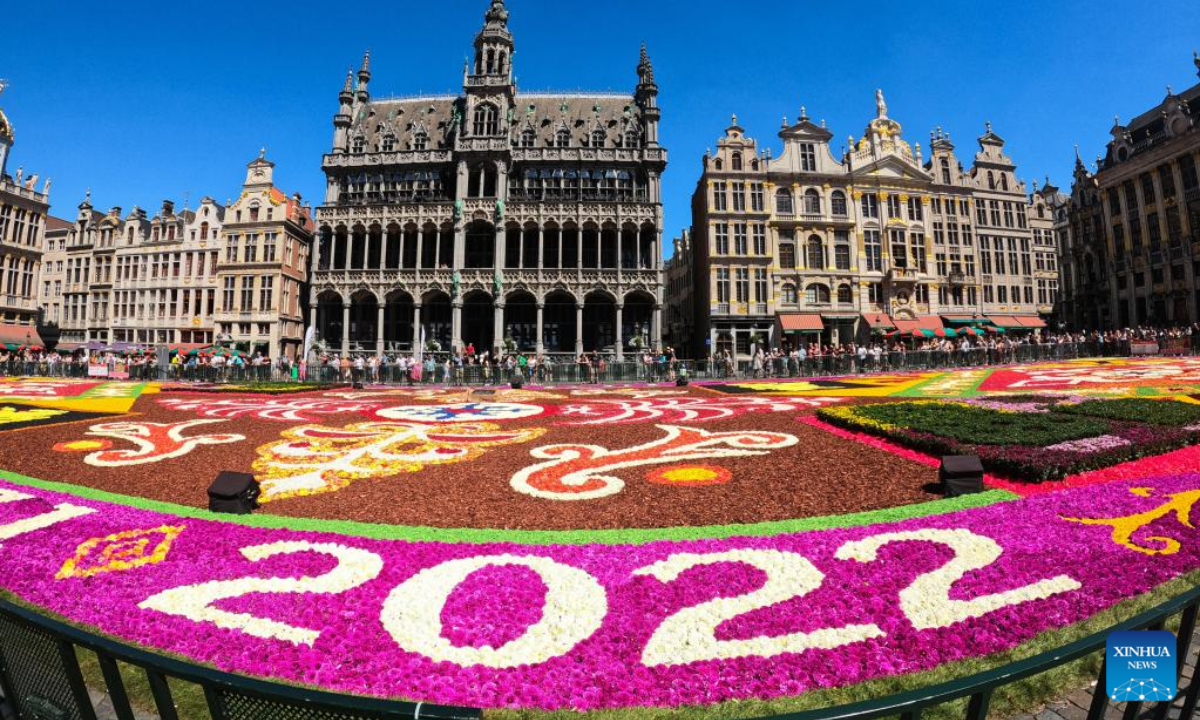 Flowers Valentine
Dahlias and Valentine’s Day - The Perfect Match For lovers, giving this flower is anticipating a declaration of love. The time has come to shout your love without fear and accompany it with the beautiful colors of the dahlias!
Feb 11 | 2 min read 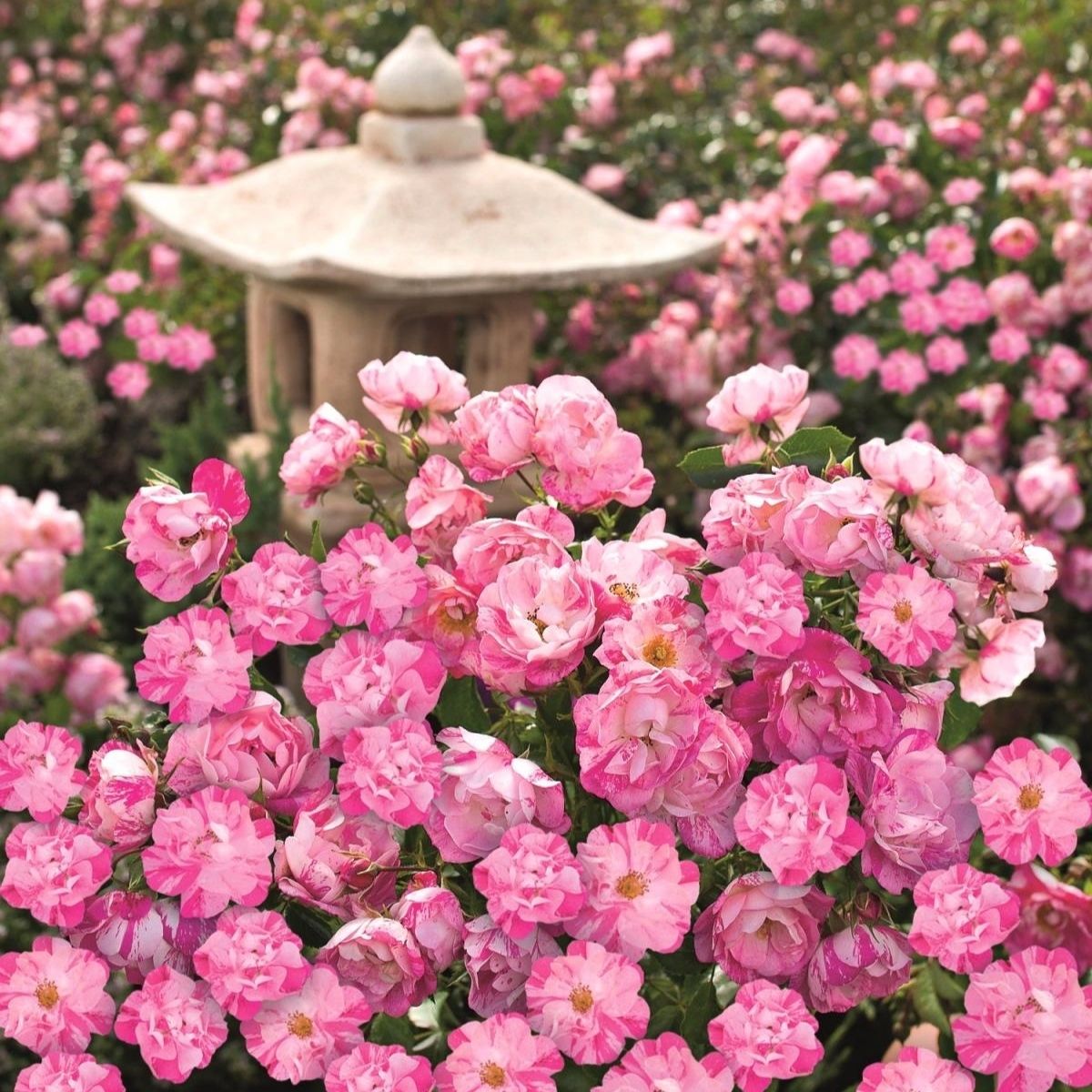