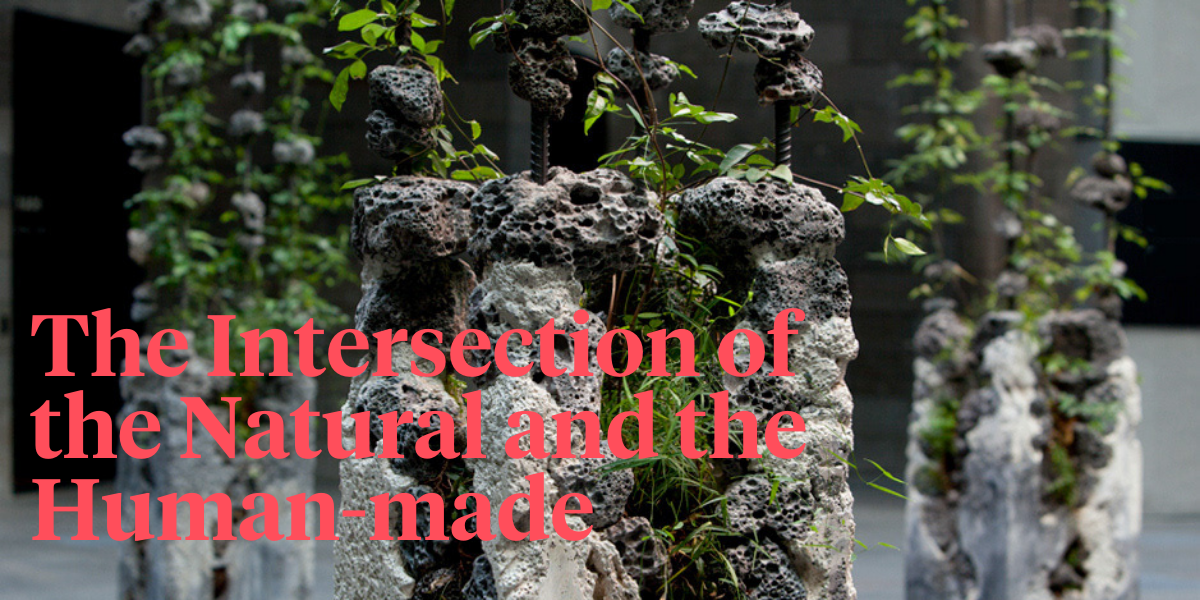 The work of Australian artist Jamie North operates at the intersection of the natural and the human-made. In his cast concrete sculptures, native Australian plant species are employed to seek out natural growth lines and explore the landscape of the work. In time, the selected plants become entangled with the inorganic concrete, creating a continuously evolving and living sculptural form.

This is also called 'Terraforming'. Terraforming refers to the deliberate manipulation of an environment to make it capable of sustaining life. Artist Jamie North turned this term into a noun and applied it to his series of sculptures. Sets of marble and concrete pillars poetically filled with plants, ‘Terraforms’ is supposed to act as a relic of the gallery’s imagined archeology.

With an almost encyclopedic botanical knowledge and careful curation, North filled the pillars with native Australian plants, such as trailing vines, orchids, and lithophytes. By choosing only materials coming from waste or industrial by-products such as coal-ash or white marble, the artist explored the theme of art’s possibilities for re-use. 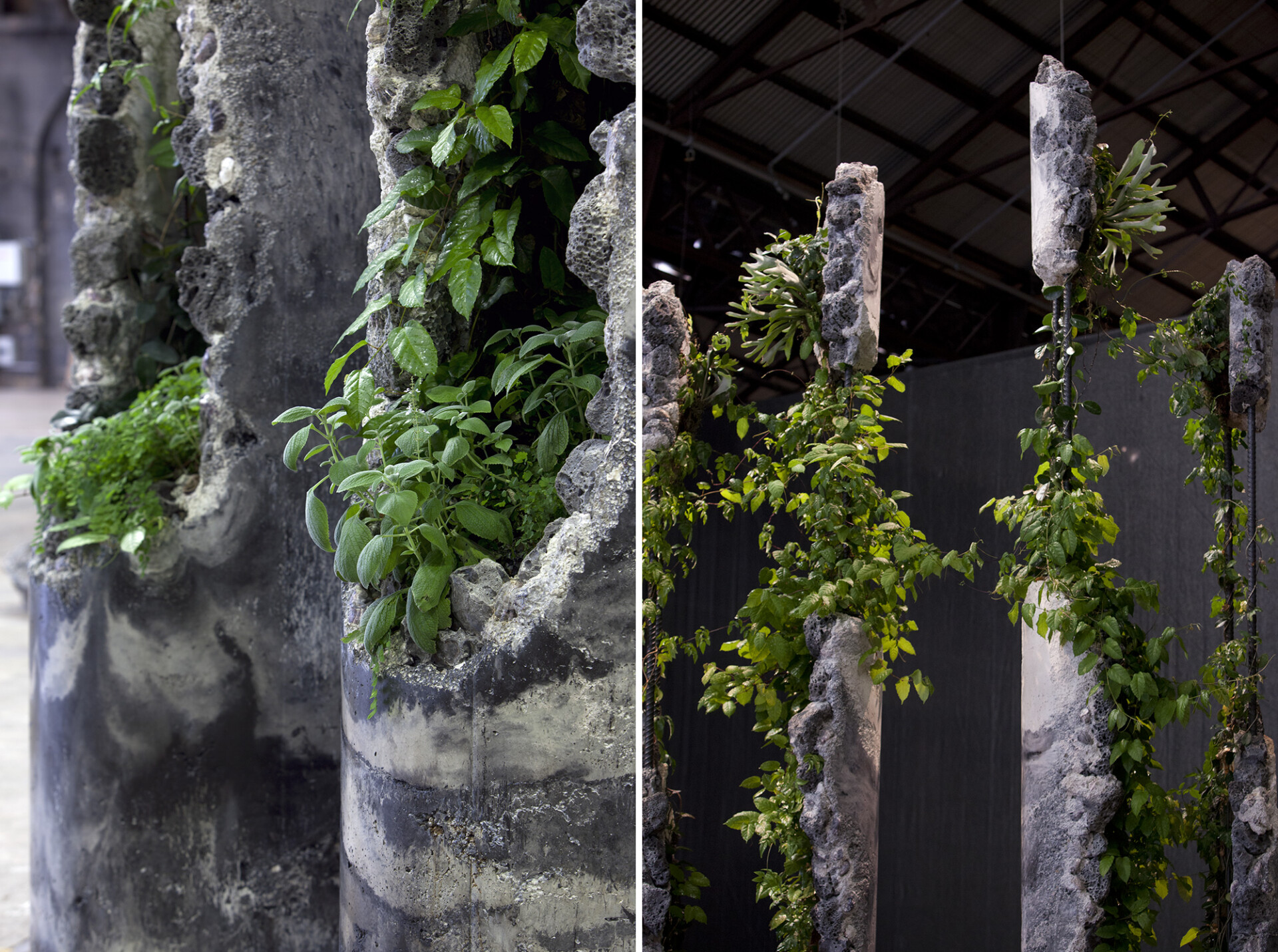 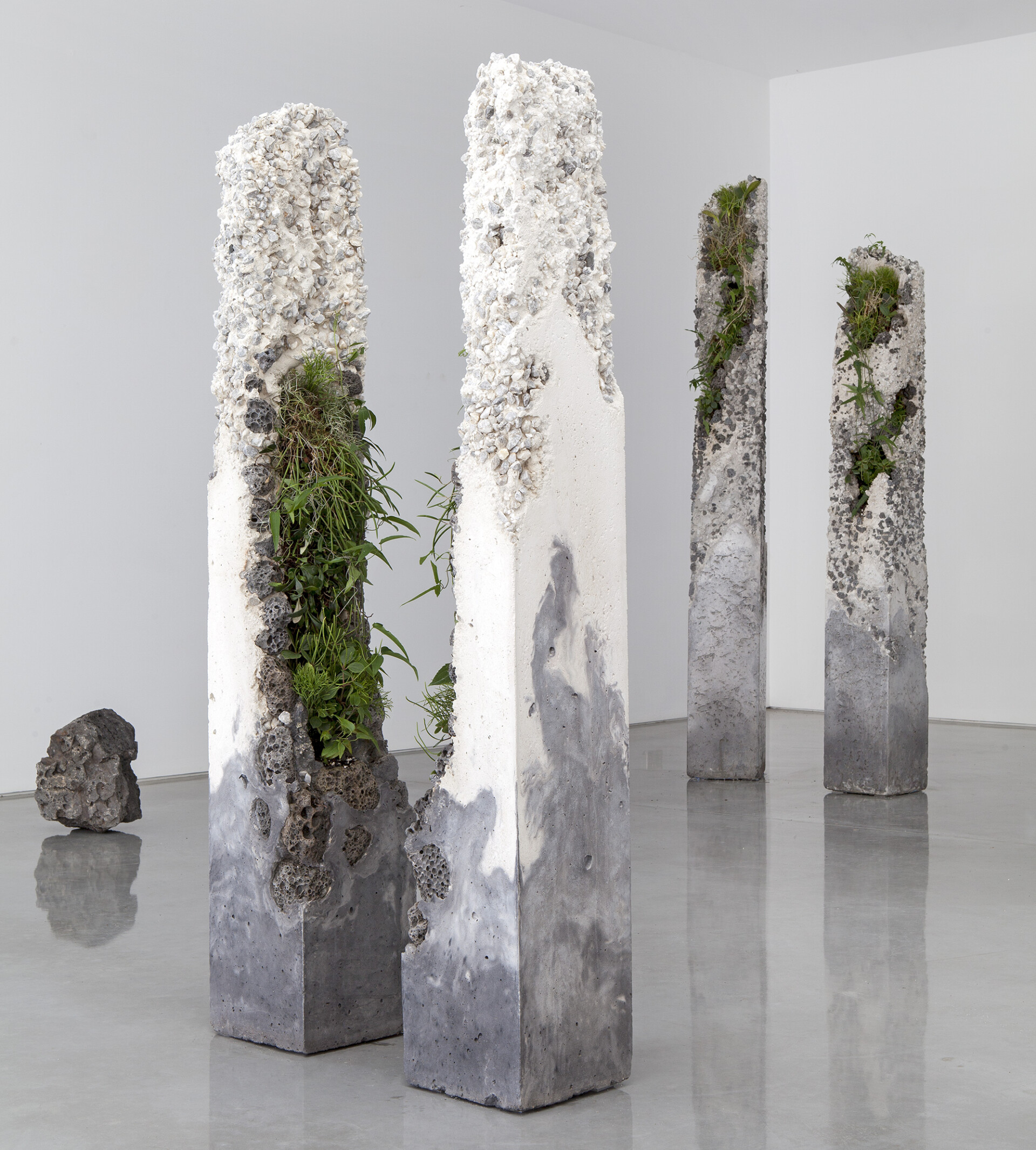 Blurring the Disjunction Between the Naturally Occurring and the Anthropogenic

There is a fascinating merger of dichotomies at play within North’s sculptures; between the unpredictability of their lush inner crevices and their obdurate exterior shells. The work simultaneously invokes ideas of progress and collapse, industry and ruin, melancholy and triumph. The use of industrial materials further blurs the disjunction between the naturally occurring and the anthropogenic. The jagged edges of North’s poetically eroded forms expose a variety of aggregates such as coal ash and steel slag, which despite having the appearance of volcanic rock, are by-products of industry. This redemptive re-use of the waste generated by human activity sits alongside that most definitive of regenerative processes: the succession of nature. 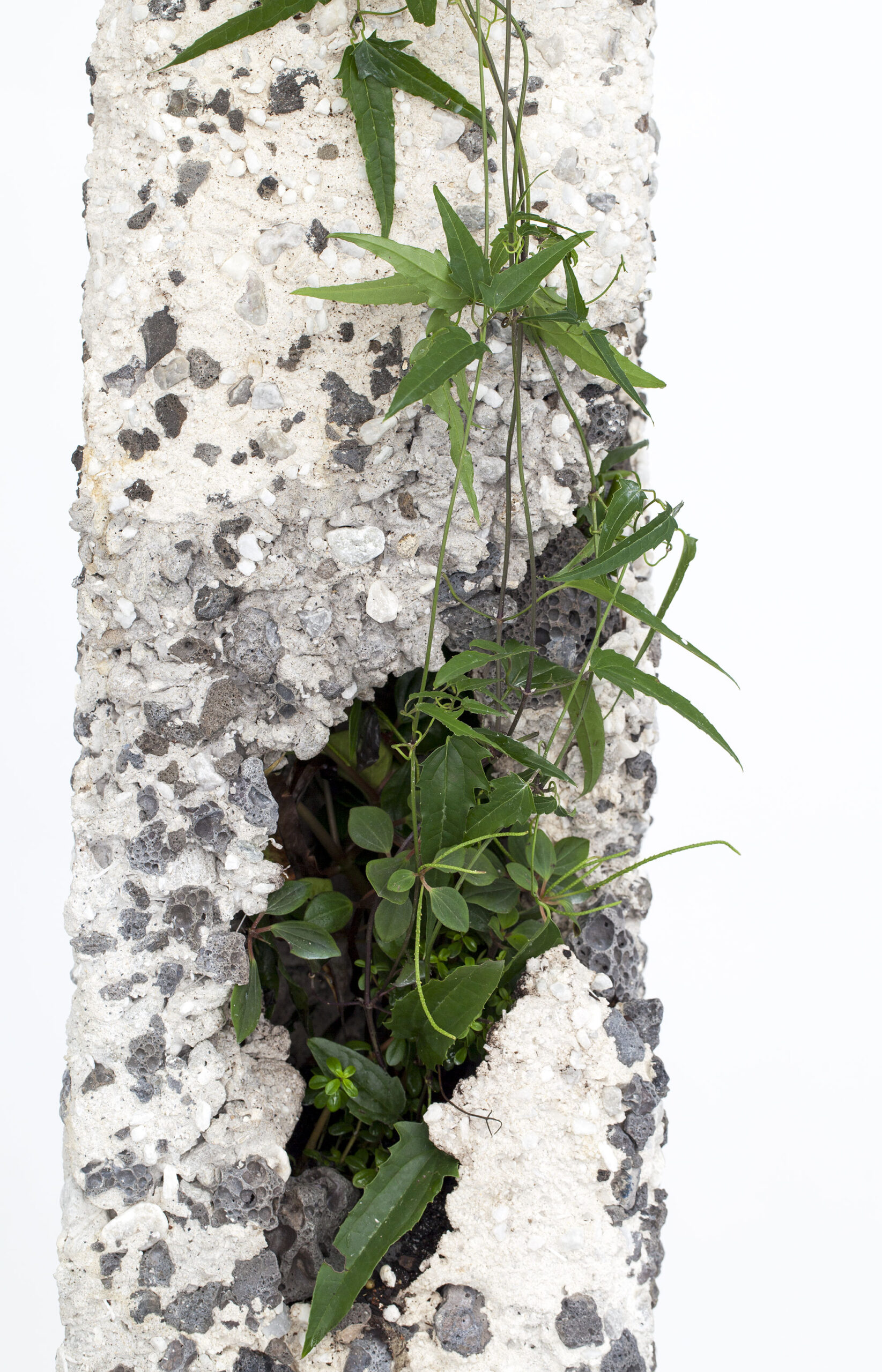 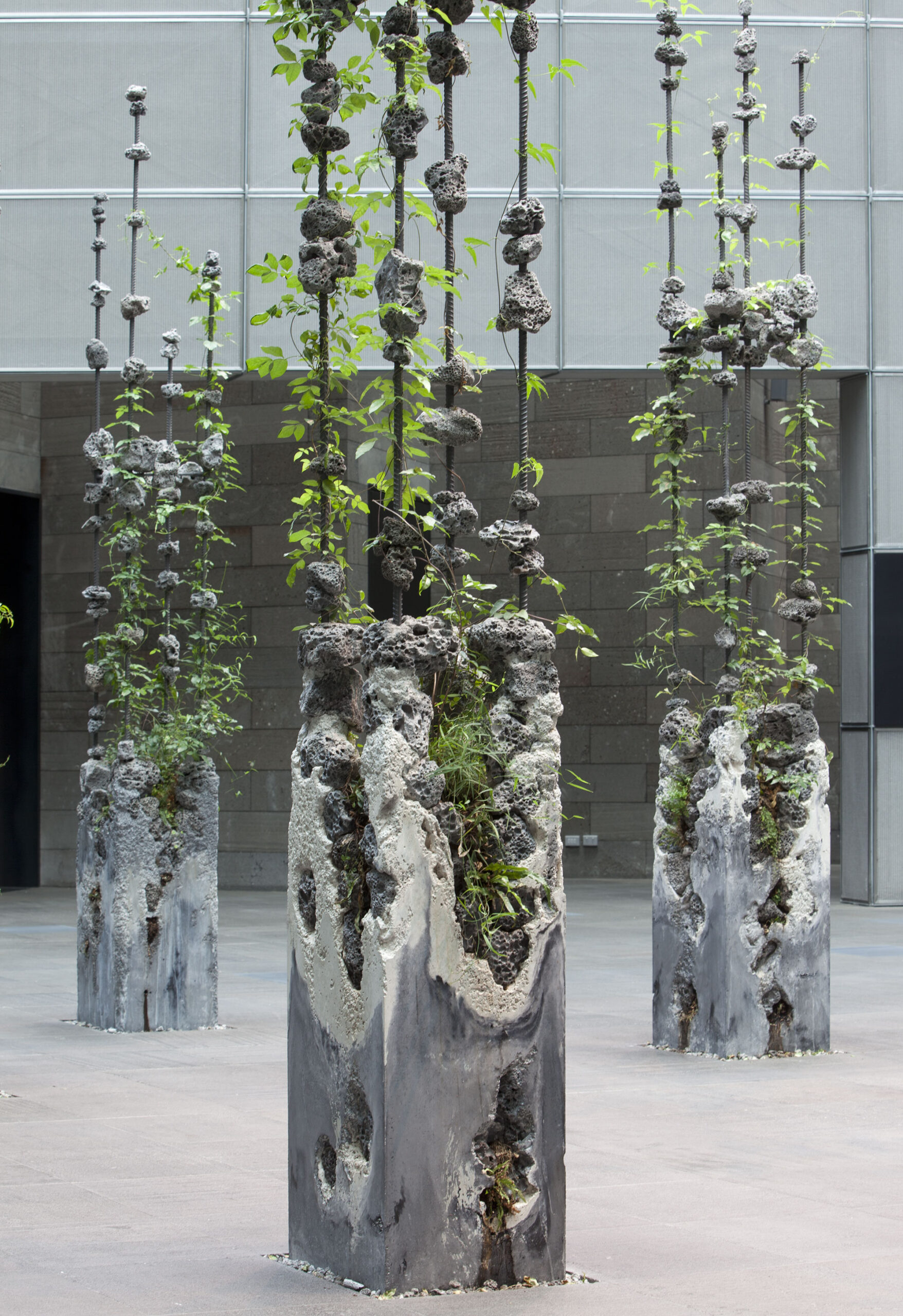 You can view more of Jamie North’s living sculptures on his site and Instagram. 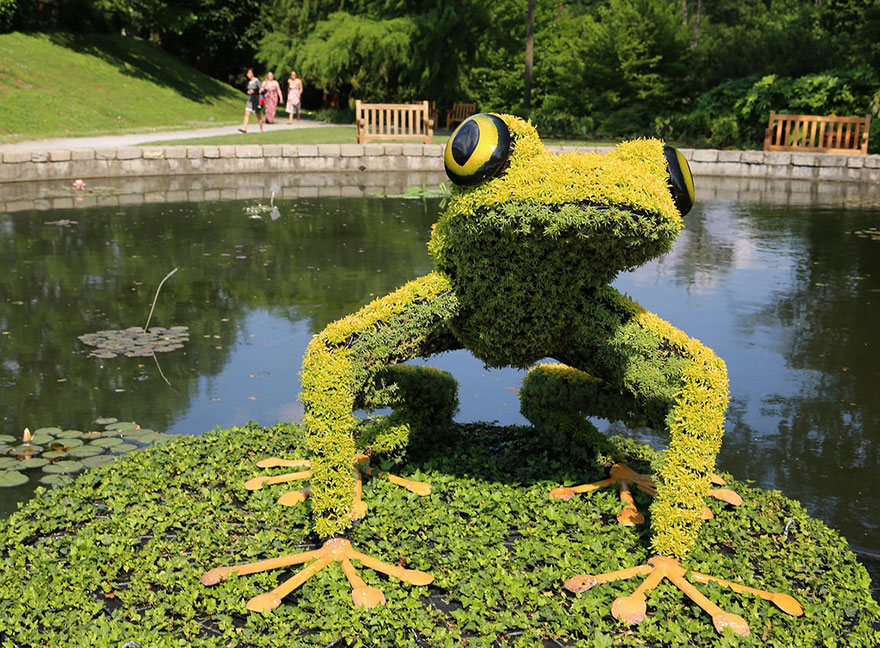 News
Incredible Botanical Sculptures in the Atlanta Botanical Garden Let's go for a stroll, shall we?
Jun 30 | 3 min read
ALL ESSENTIALS ALL FLORISTS ALL PRODUCTS ALL GROWERS ALL BREEDERS ALL TRADERS