Flowers of the Dead in the Marigold Fields of Puebla

In Mexico, there are beautiful fields full of marigolds, which anticipate the arrival of the Day of the Dead. 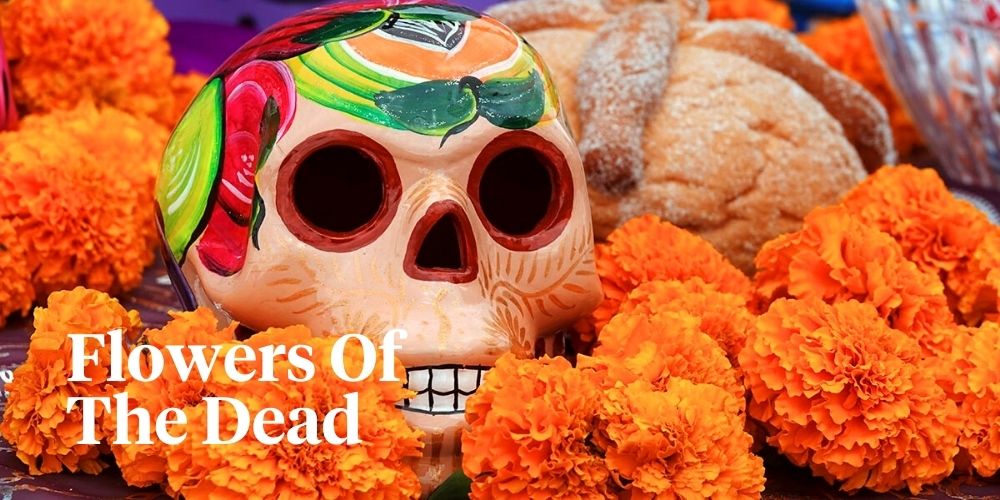 Why are flowers in Mexico filled with marigolds to celebrate the Day of the Dead? You're in for quite a pleasant surprise to know why these flowers adorn the fields in Puebla and what the meaning behind them really is for 'Día de los Muertos'. Get ready to glance at the beauty of the cempasúchil (Mexican for marigold) fields in Puebla, filled with blossoming flowers.

For many Mexicans, the start of November is one of their favorite times of the year because one of the most celebrated and beautiful festivals takes place in Puebla, Mexico on November 2nd. Have you already got an idea of what celebration we're talking about? It involves the Day of the Dead.

Offerings That Honor the Day of the Dead

Specifically, during the fall season, the houses of the people in Mexico are filled with offerings that show their roots and pride in where their families come from. With candles that bring light after the sunset, Mexicans yearn for the presence of marigolds in every flower field as a symbol of remembrance of their ancestors. These activities which include flowers of the dead offerings, rejoice in the hearts of the people for the arrival of the deceased.

The Importance of Marigolds During the Day of the Dead

For the commemoration of the Día de los Muertos in Mexico, the marigold flower in vibrant orange is the element that gives life to every altar and overall decoration whether it's to celebrate this important day at home, at a field, or wherever families may please. You may not know it, but there are fields of cempasúchil very close to Mexico City. When around, make sure to go and enjoy a full-on view of the flowers of the dead on November 2nd. 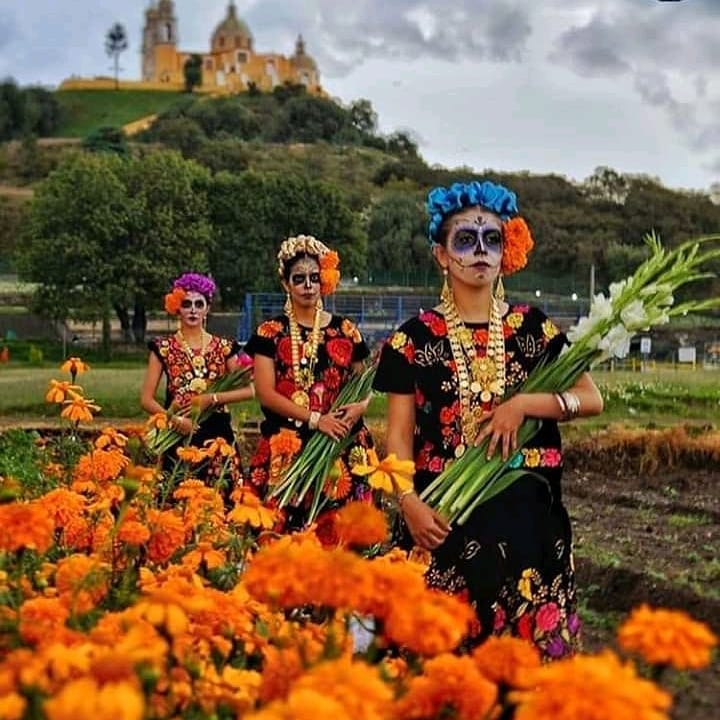 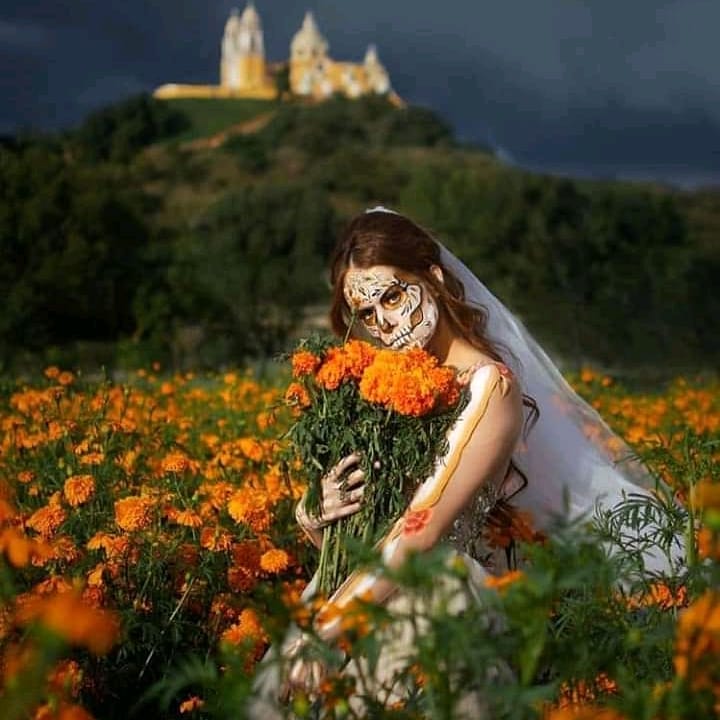 Marigolds as a Symbol of the Flowers of the Dead

The flower of marigolds found in Mexico is also known as the 'flowers of the dead' and is indeed a native flower to Mexico. Its use dates back to the ancestors, the Aztecs, who used it in ceremonial rites. If you believe what the Aztecs believed, then your ancestors need the scent of marigolds, the flowers of the dead, to find their way back to you. Marigolds are even present in some monuments, such as the Coyolxauhqui monolith, where the marigolds are used as part of the goddess's headdress.

Although this vibrant orange flower was used by the Aztecs, its use is not widely documented. What we know about it comes from the writings of the Spanish explorers who studied the culture of the Mexican ancestors. Thanks to Fray Bernardino de Sahagún, we know that the name cempasúchil comes from cempoalxóchitl which means 'flower with twenty petals'.

Using Marigolds as a Guide to Find the Dead

The Aztecs used the marigold flowers as a guide for their dead, because they associated the vibrant orange color, with our biggest star, the sun. The fragrance of the bright orange and yellow flowers is said to lead souls from their burial places to their family homes. The cheerful hues also add to the celebratory nature of the holiday, which, although it's wrapped up in death, is not somber but festive.

Puebla is a state full of magic. It has the largest number of 'magical towns' in the State of Mexico totaling nine small towns that are undoubtedly full of traditions and magic. But that's not all! As said by many Mexicans who celebrate the Day of the Dead, in Puebla, you'll be able to find the most beautiful, and largest fields of marigolds fully blossomed during autumn. The flowers are sown from mid-July so that in October the harvest is ready to be distributed throughout the Mexican republic. There are different fields of cempasúchil in Puebla, but the most characteristic ones, where you can take tours to be taught the history of this flower, are in Atlixco and Cholula.

The Rugs of Atlixco

Located 30 kilometers to the southwest of the city of Puebla is Atlixco, where in addition to seeing the cempasúchil fields, which are the representation of the flowers of the dead on November 2nd, you can also take the opportunity to admire its monumental rugs, made of this flower.

The Pyramid of Cholula

For its part, Cholula is perhaps the closest option if you depart from the center of Puebla. It is located 7 kilometers to the west of the capital of the Mexican state. Here, in addition to finding the beautiful fields of the 'flowers of the dead', you can also find the best traditional cuisine, and visit the largest pyramid in the world: the pyramid of Cholula.

It's highly recommended to learn more about the flowers of the dead whilst visiting the marigold fields in the state of Puebla in October. 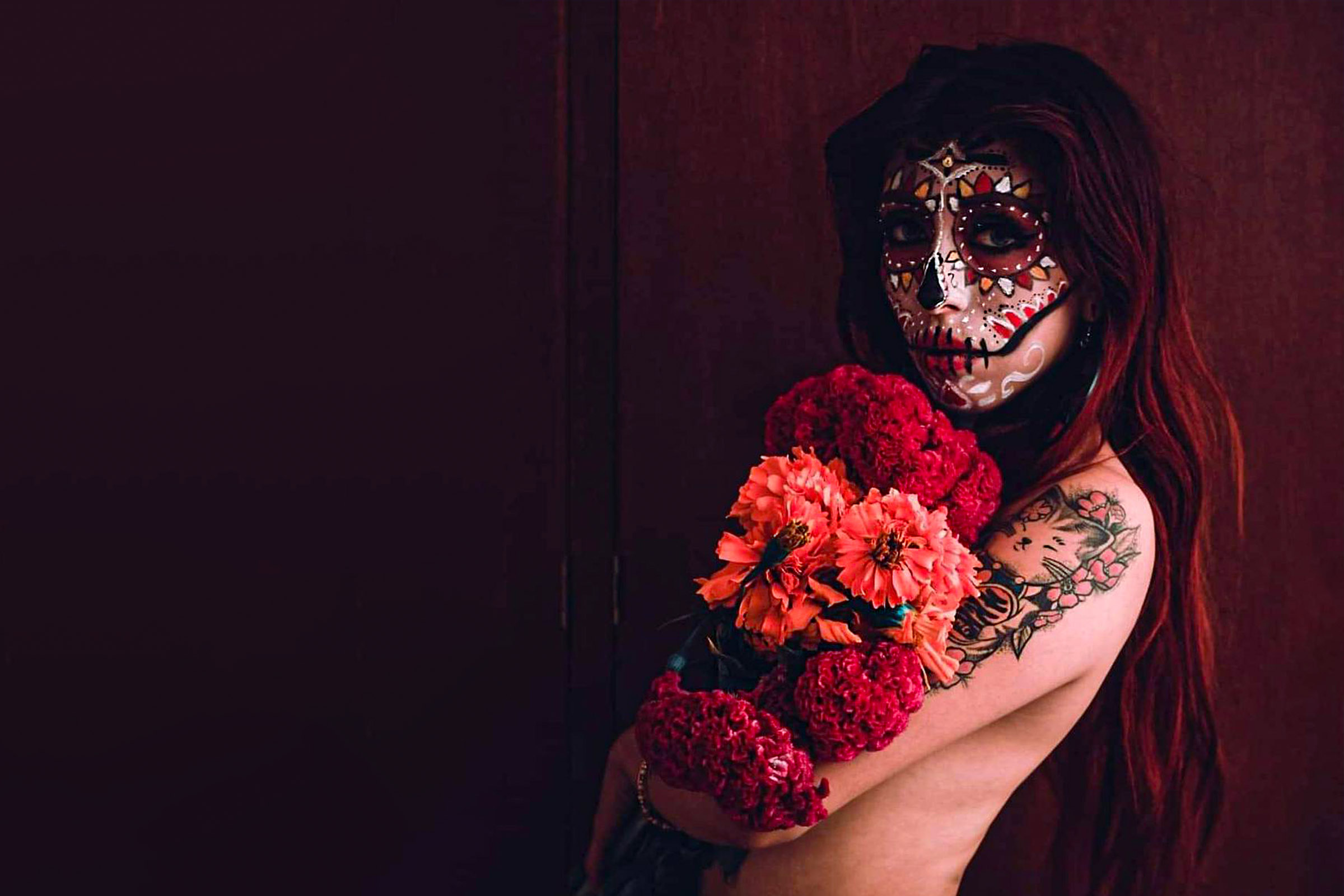 News Special Days Flowers
Why Marigold Is the One Flower for Día de Los Muertos The Aztecs already used this colorful and fragrant flower for its magical properties to guide the spirits to their altars.
Oct 20 | 3 min read 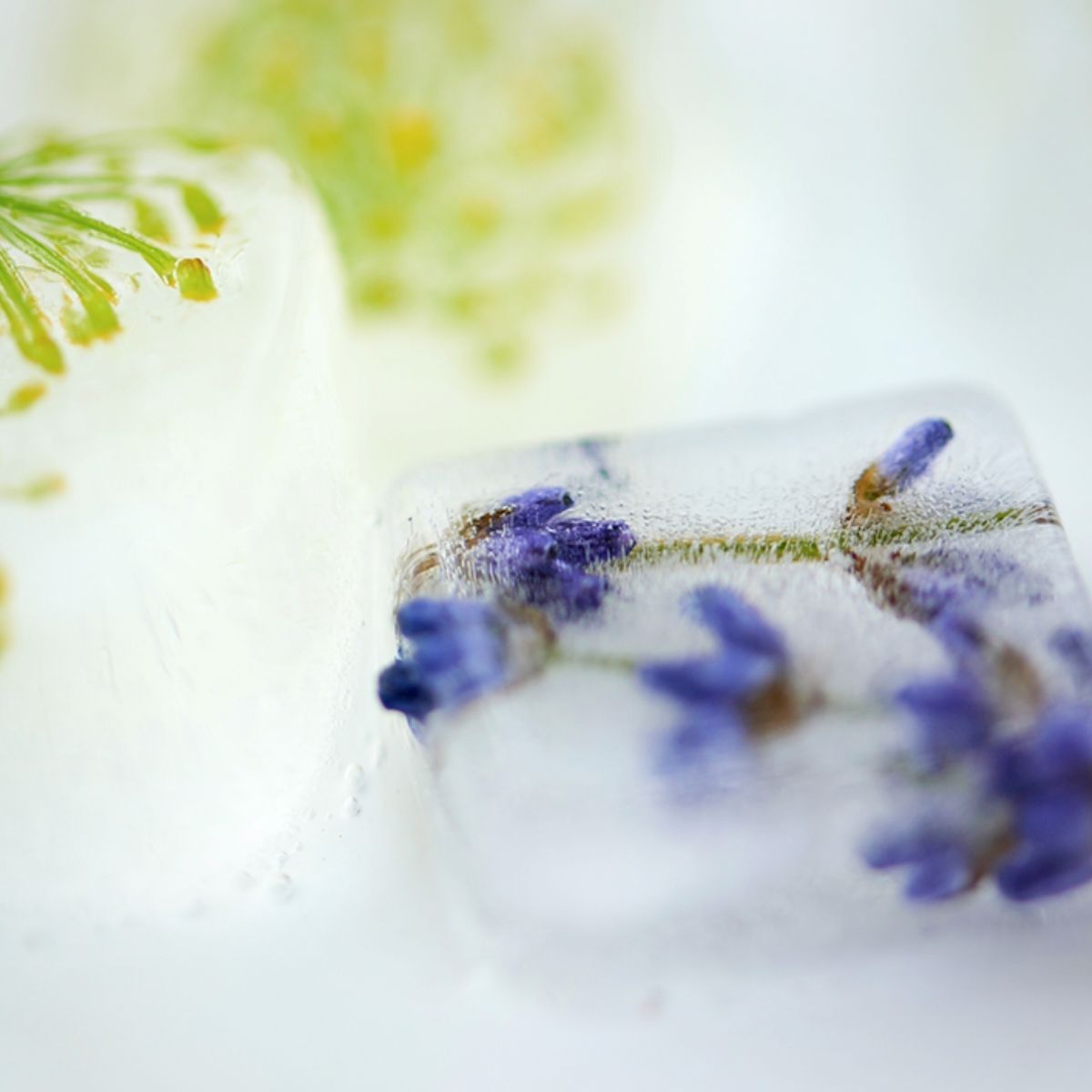 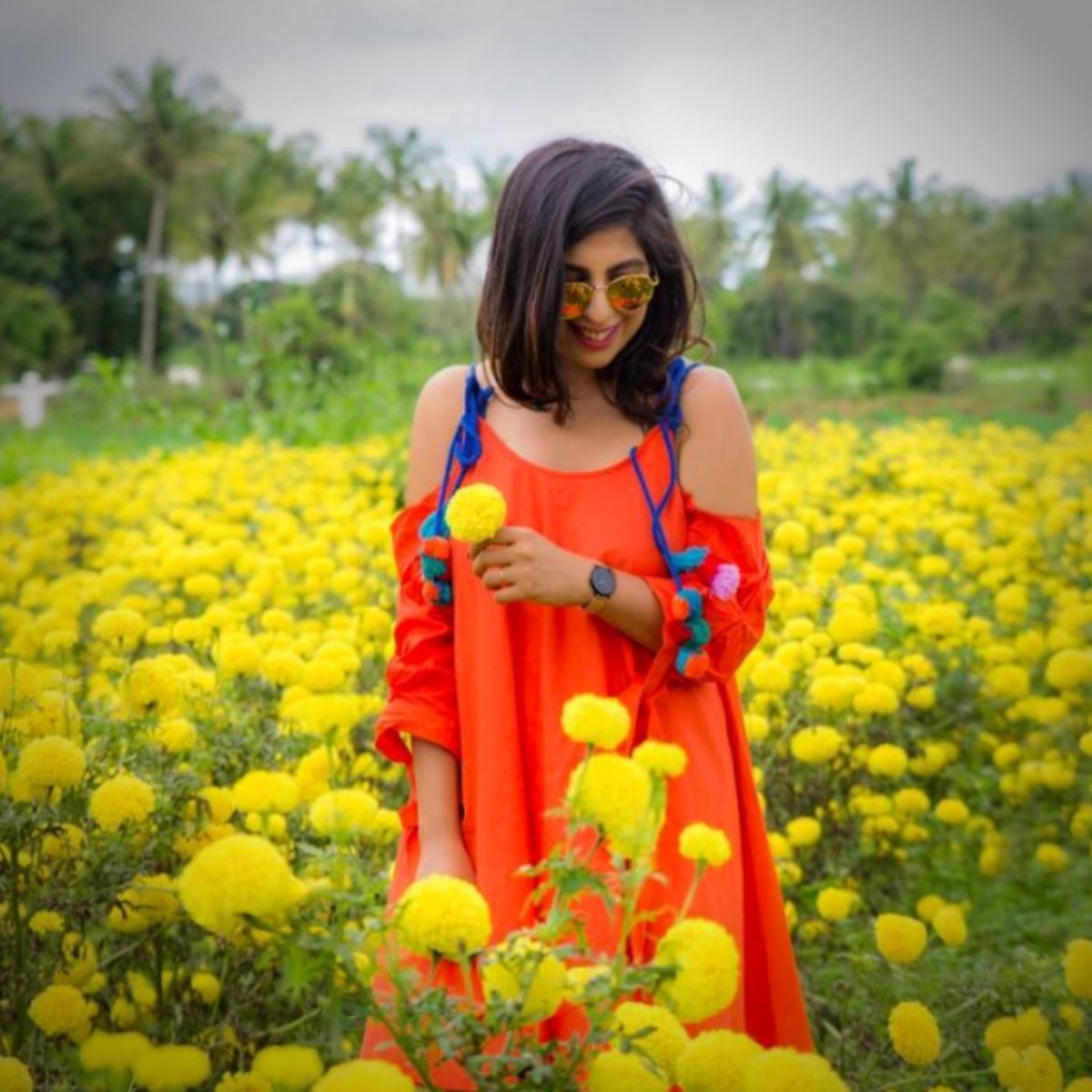 Travel Flowers
Indian Road Trip: Flower Fields, Mysore, and Coorg A visit to Karnataka.
Jun 03 | 4 min read
ALL ESSENTIALS ALL FLORISTS ALL PRODUCTS ALL GROWERS ALL BREEDERS ALL TRADERS