Why Marigold Is the One Flower for Día de Los Muertos

The Aztecs already used this colorful and fragrant flower for its magical properties to guide the spirits to their altars. 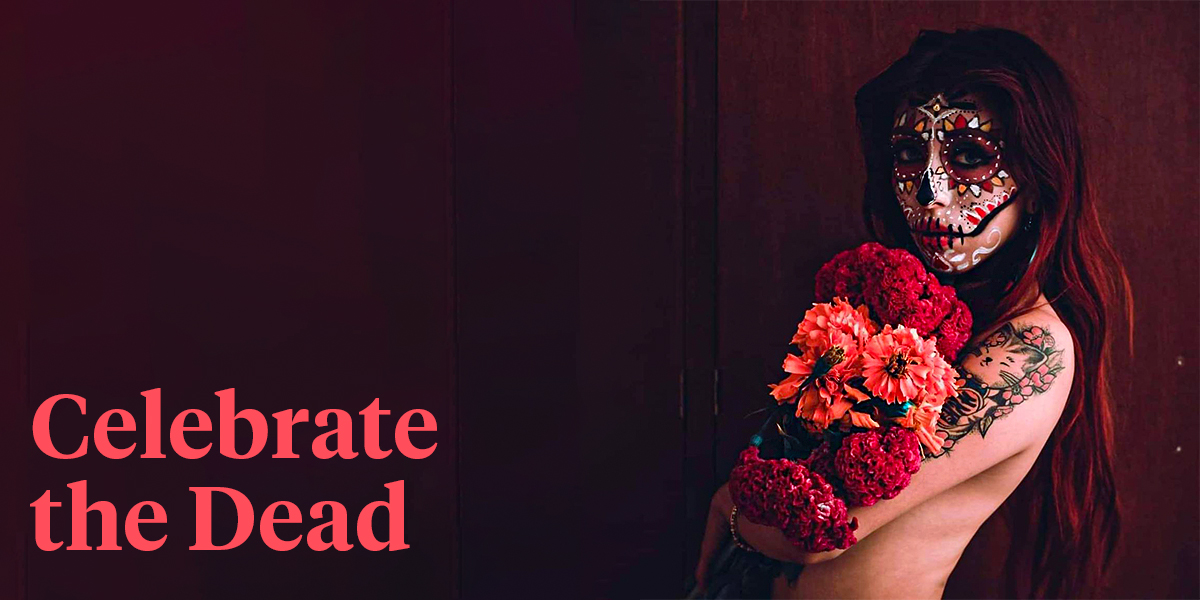 On 1 and 2 November Mexicans celebrates Día de Los Muertos, the Day of the Dead. And it's becoming a more and more popular celebration worldwide. Perhaps because of the exuberant display of honoring the dead with the most colorful masks and decorated skulls, but also perhaps because of the beautiful marigold flowers, commonly known in Mexico as cempasúchil, that are used to honor the dead, even communicate with their spirits.

Marigold Is a Typical Mexican Flower

The production of Marigold is at its peak now in Mexico. All because Día de Los Muertos is near. Why particularly marigolds for Día de Los Muertos? This has everything to do with the long history of the American continent, even before its 'discovery' by the European colonialists. 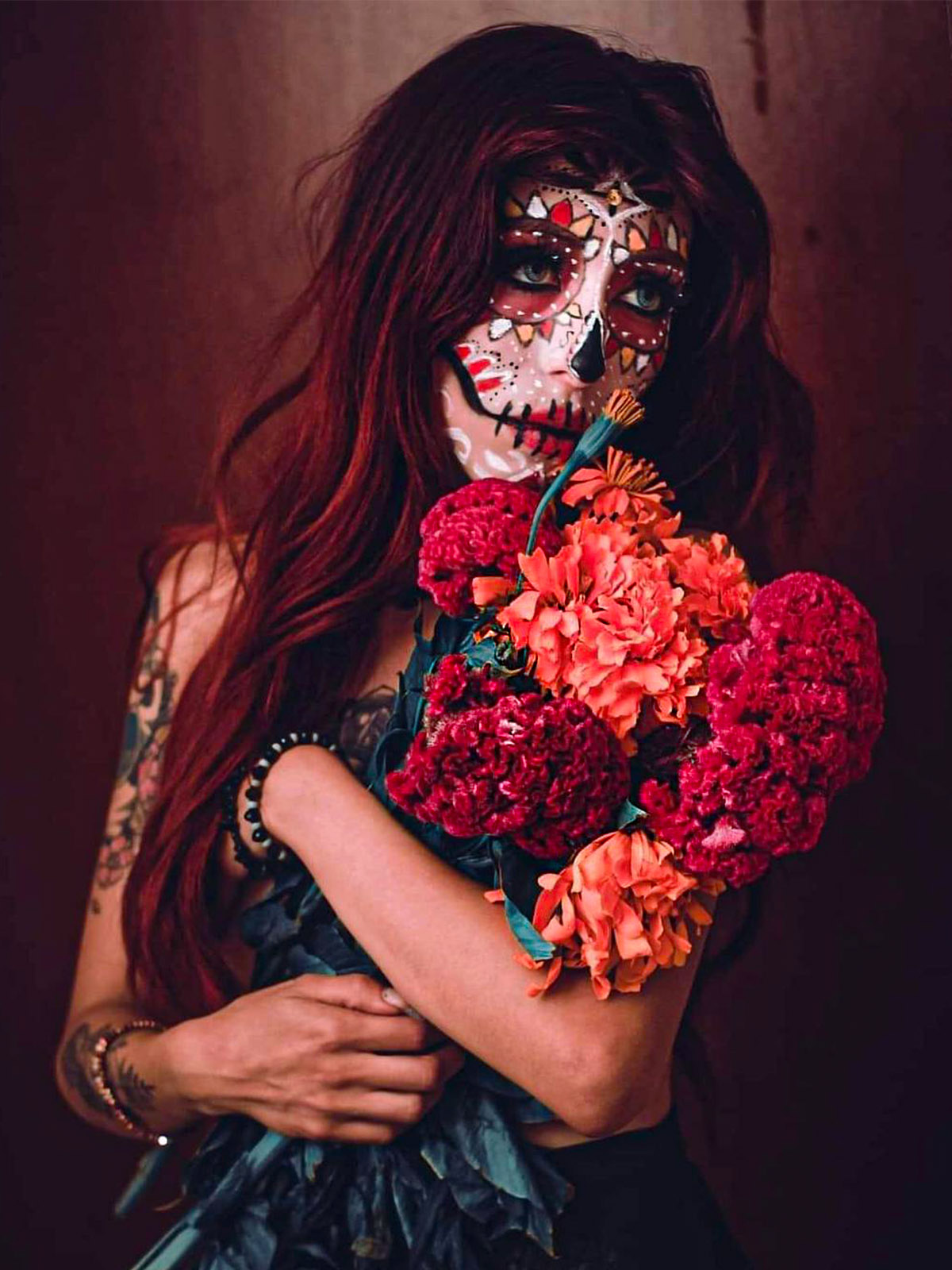 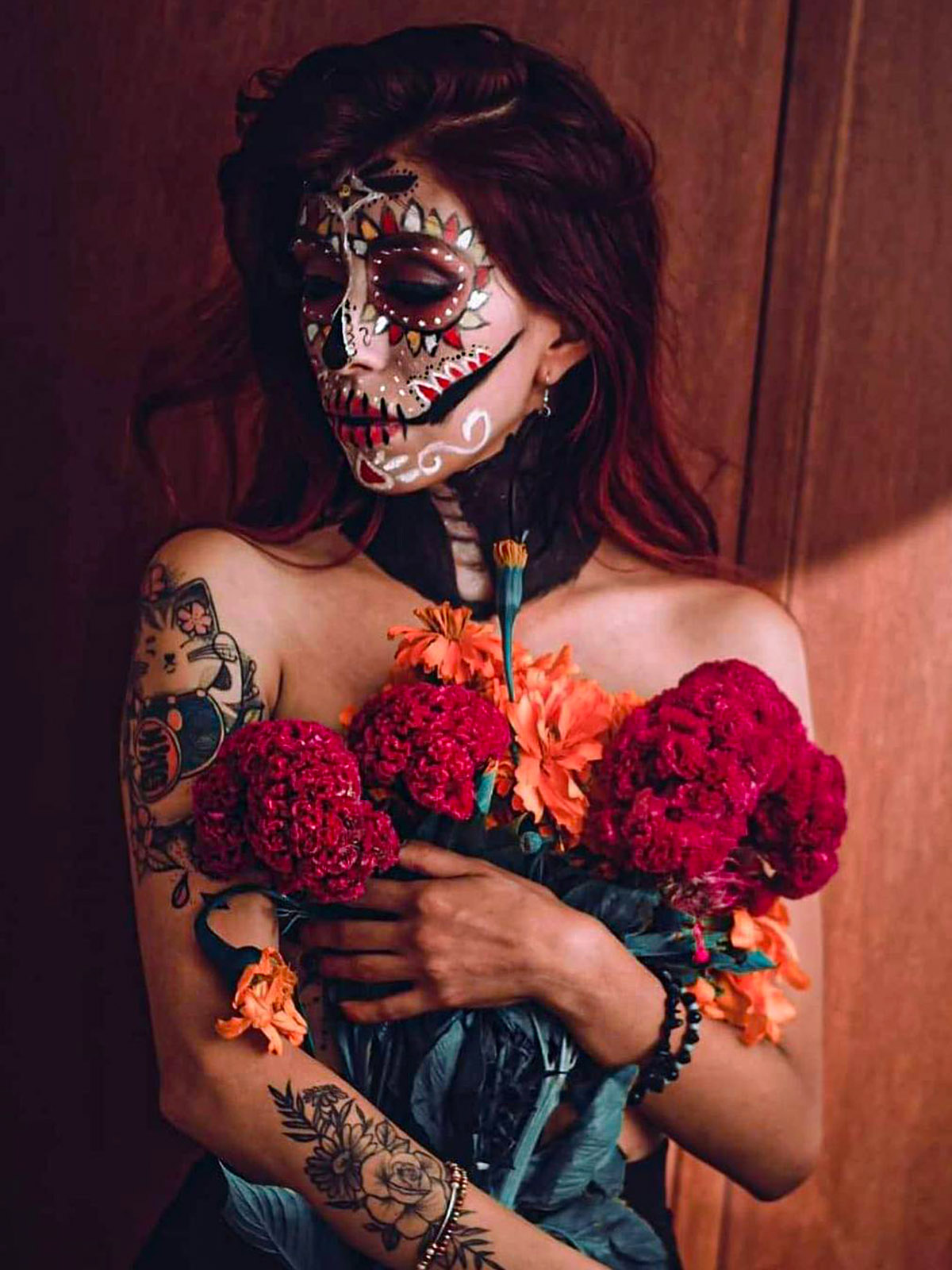 The indigenous Aztecs already used marigold in ancient history. The conquistadores from Spain already recorded this in 1552 in a book 'De la Cruz-Badiano Aztec Herbal' about herbal medicines in Mexico. They discovered that the original inhabitants of Mexico were using the marigold for treatment of hiccups, being struck by lightning, or "for one who wishes to cross a river or water safely". The last use confirms the magical properties ascribed to marigolds. Probably, this is also one of the reasons why marigold is up to date still THE traditional flower and plant to give the deceased on the Día de Los Muertos. 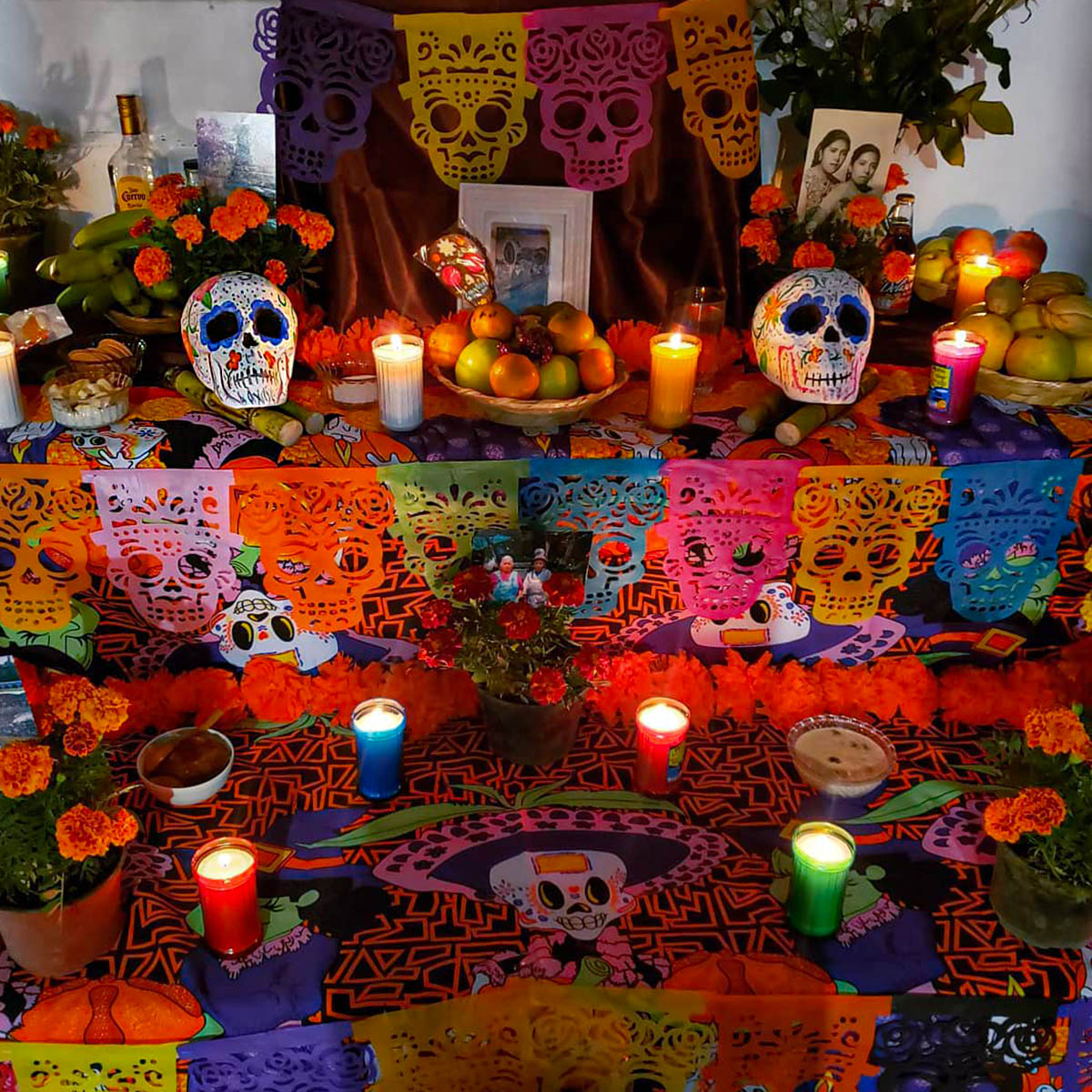 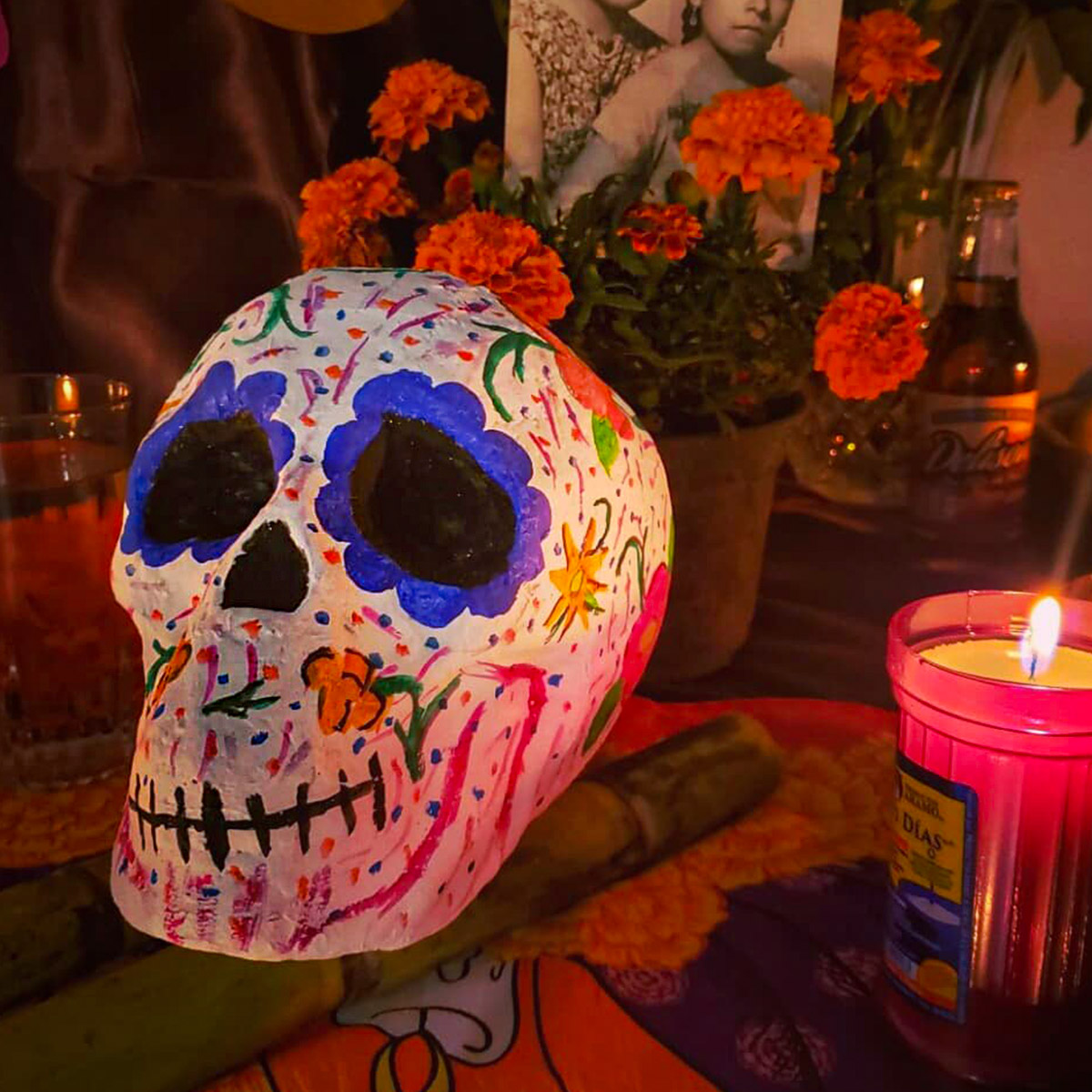 It is believed that the spirits of the dead visit the living during the celebration. Marigolds guide the spirits to their altars using their vibrant colors and pungent scent. This is how a relative can still stay 'in touch' with the beloved deceased ones, a big comfort for the grieve. Next to the marigold, a typical altar at Día de Los Muertos will have a colorful display of the favorite flowers of the dead person, candles, decorated skulls, and 'pan de muerto' (bread of the dead). All to give the deceased relative or friend a good time when visiting our world again. 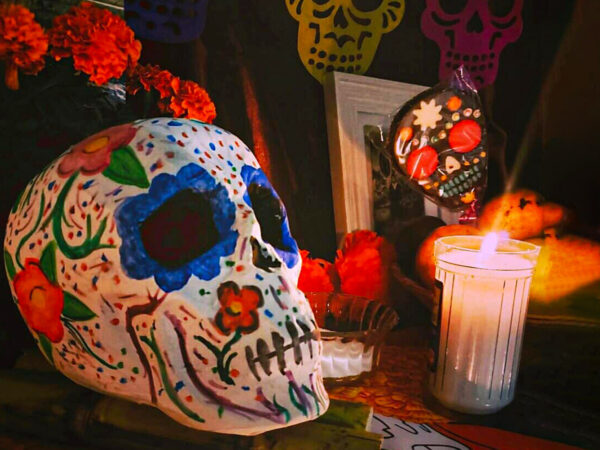 Día de Los Muertos is a beautiful Mexican tradition. It celebrates life rather than death. It celebrates all near and dear who have moved on to the next and are, in a way, still with us. It is wonderful that this tradition is recognized by more and more people outside Mexico as well, copying parts of it, but always with the same intention and spirit. And with a lot of those gorgeous marigold flowers. 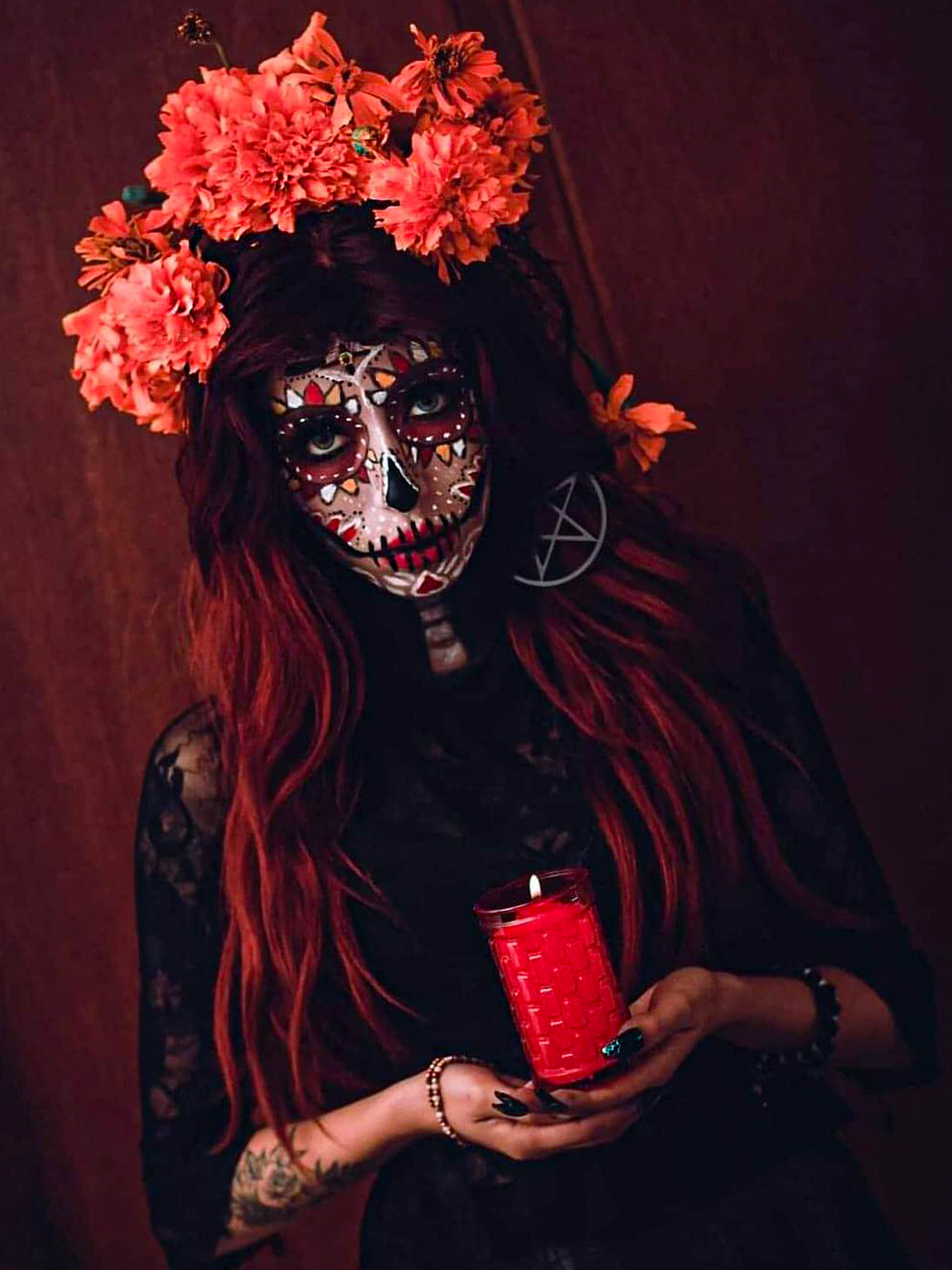 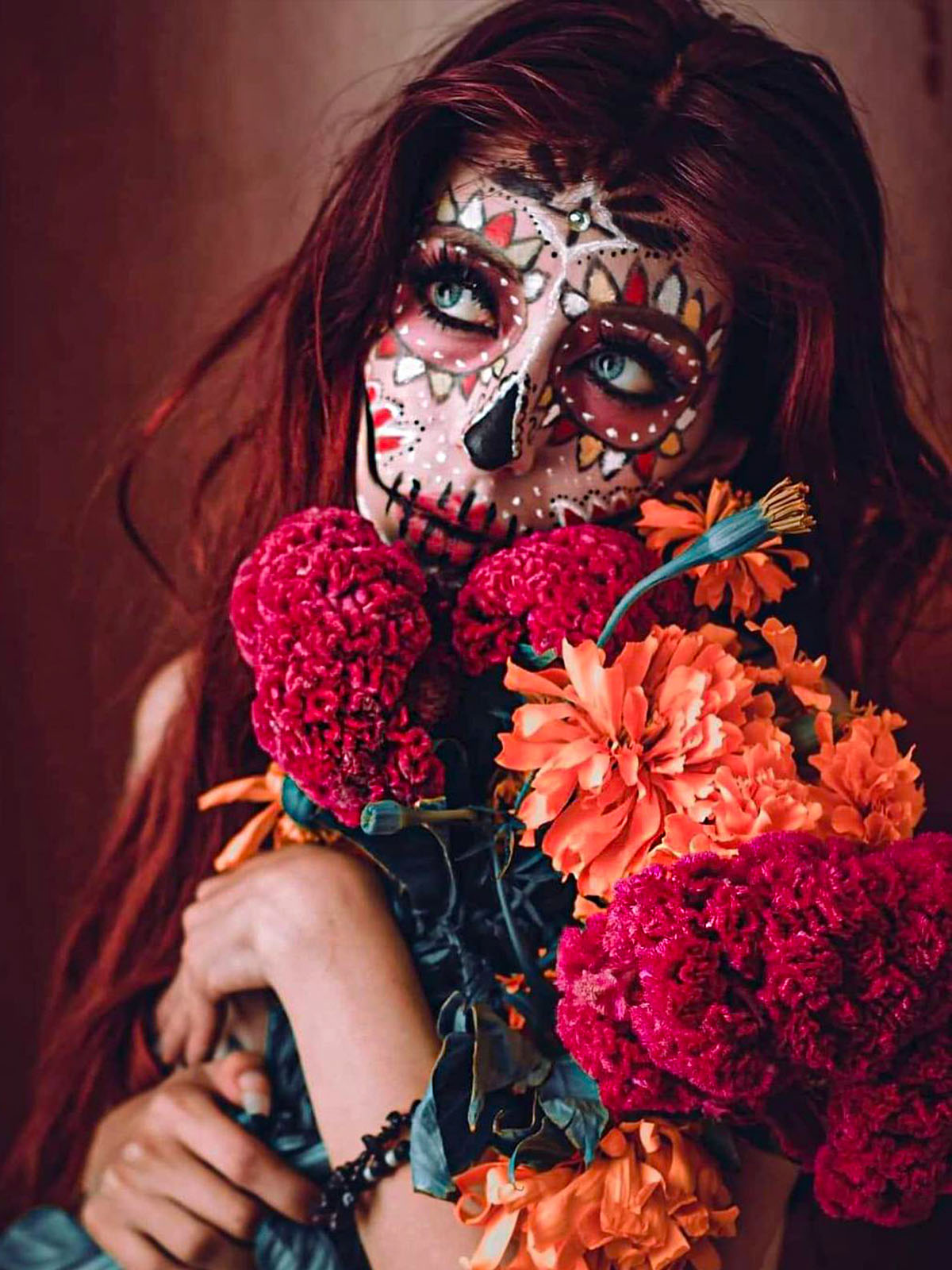 Día de Los Muertos All Over the World

In the small world where we live it is inevitable that eye-catching festivities such as Día de Los Muertos get noticed by copy-cats. Especially since this day coincides with the Roman-Catholic holiday All Soul's Day (2 November). The ideas and icons of this holiday have migrated with Mexicans who have spread across the globe, mostly to the United States. Mexican-style Day of the Dead celebrations occur in major cities in Australia, New Zealand, Fiji, and Indonesia, complete with altars celebrating the deceased with flowers and gifts. Many also spend the day and ensuing night holding reunions at the cemetery, having feasts and merriment.

Fun fact: There is a misconception that marigolds originate from India. Not because of the same miscalculation Columbus in 1492 when he thought he end up in India by sailing far enough to the West and therefore named the first people he encountered in the Caribbean 'indians'. But the misconception is mainly because the marigold is so widespread in Indian too these days. They are used in Hindu religious ceremonies. Marigold is used as garlands to decorate village gods during the harvest festival, and it is a popular flower for making wedding garlands, the so-called 'Jaimala'. 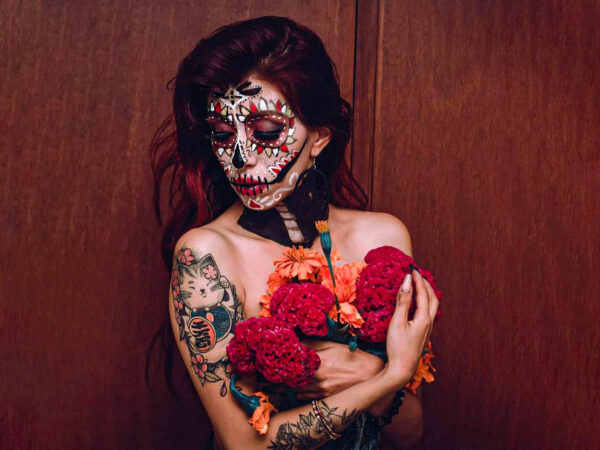 Read more about the production of marigold for Día de Los Muertos in this Thursd story: The Marigold Fields in Puebla, Flowers of the Dead. 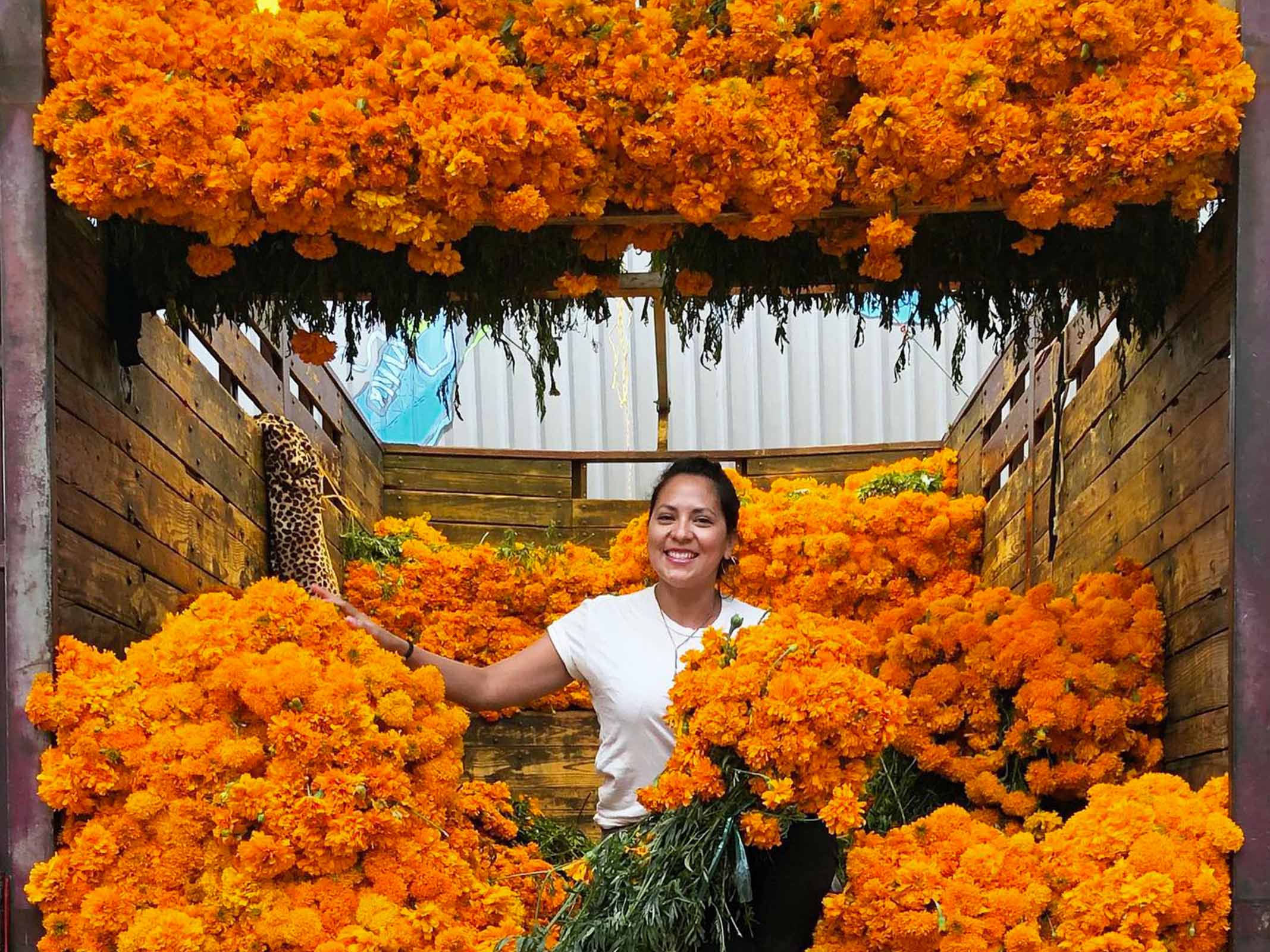 Special Days Travel
Flowers of the Dead in the Marigold Fields of Puebla In Mexico, there are beautiful fields full of marigolds, which anticipate the arrival of the Day of the Dead.
Nov 02 | 5 min read 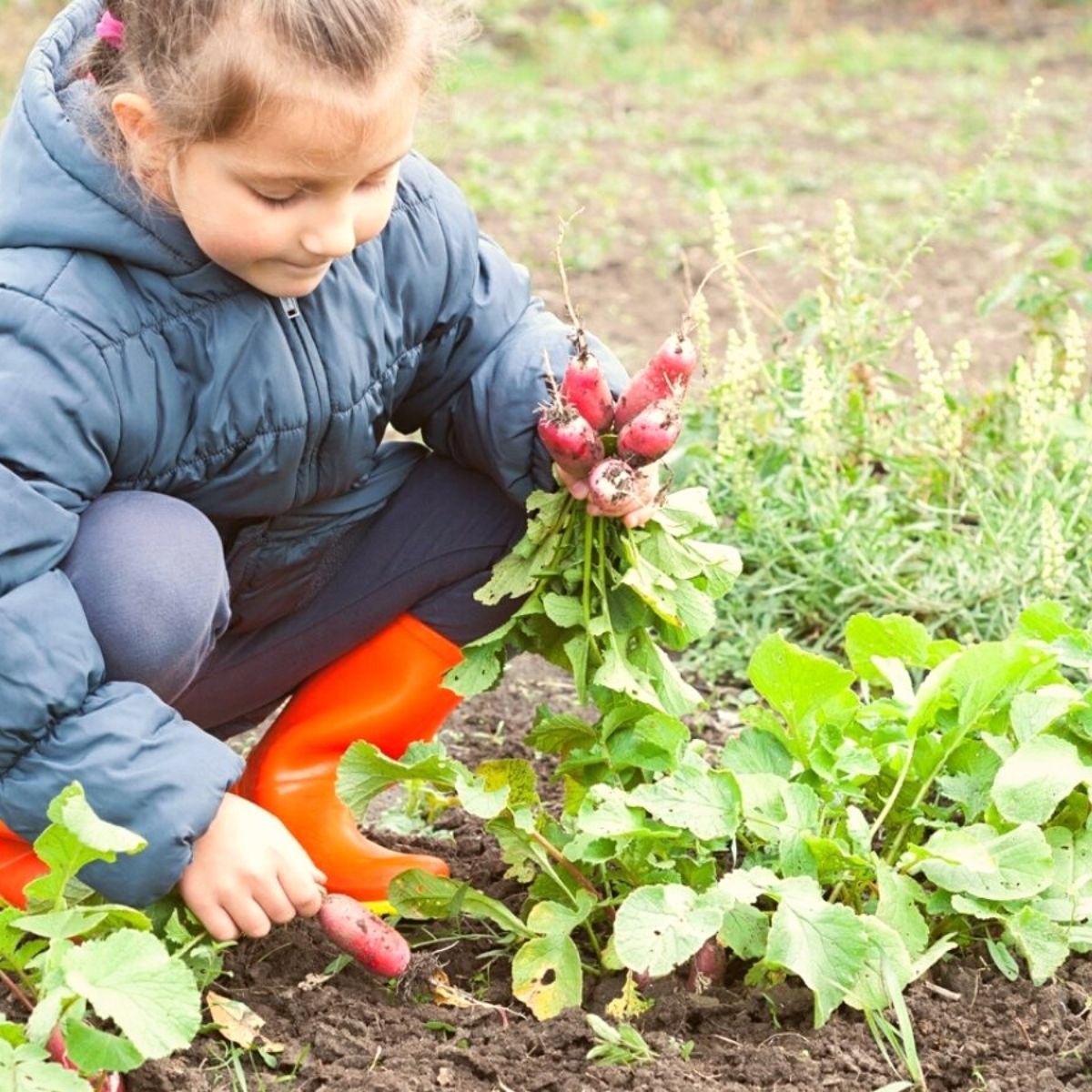 Explained Garden
7 Easy Plants for Kids to Grow and Have a Blast in Your Garden A great time to bond with your kids can start in the garden. There are many easy-to-grow plants that can allow you and your kiddo to spend quality time.
Sep 30 | 4 min read 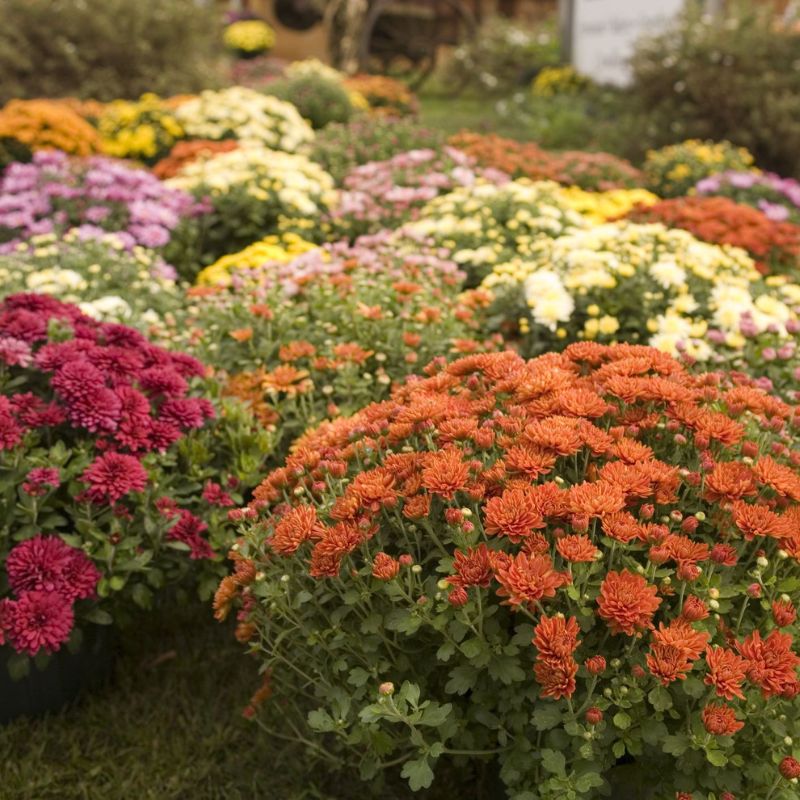 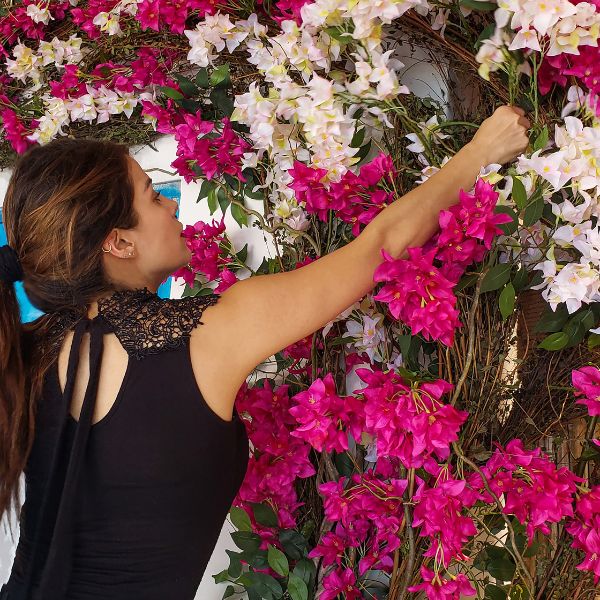 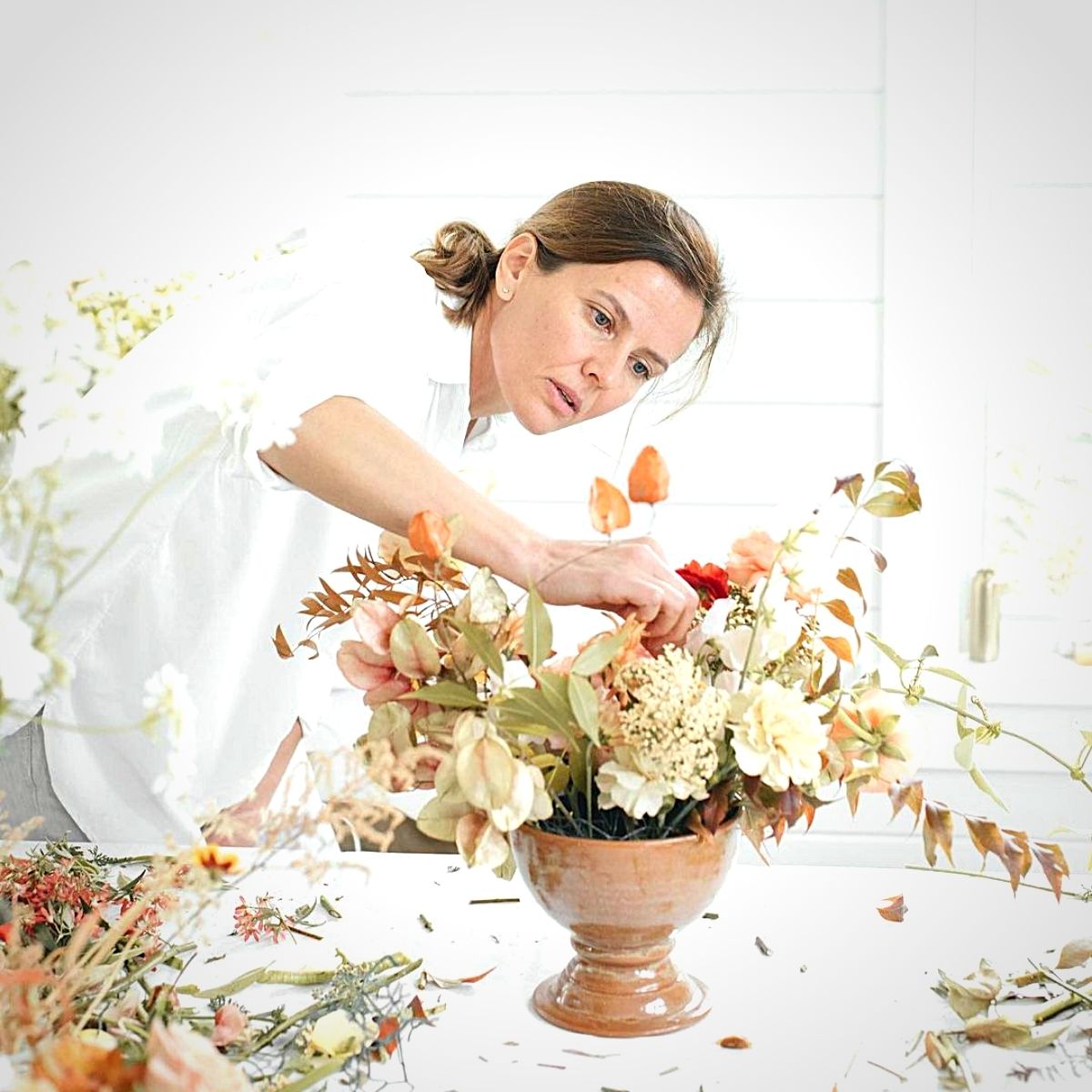 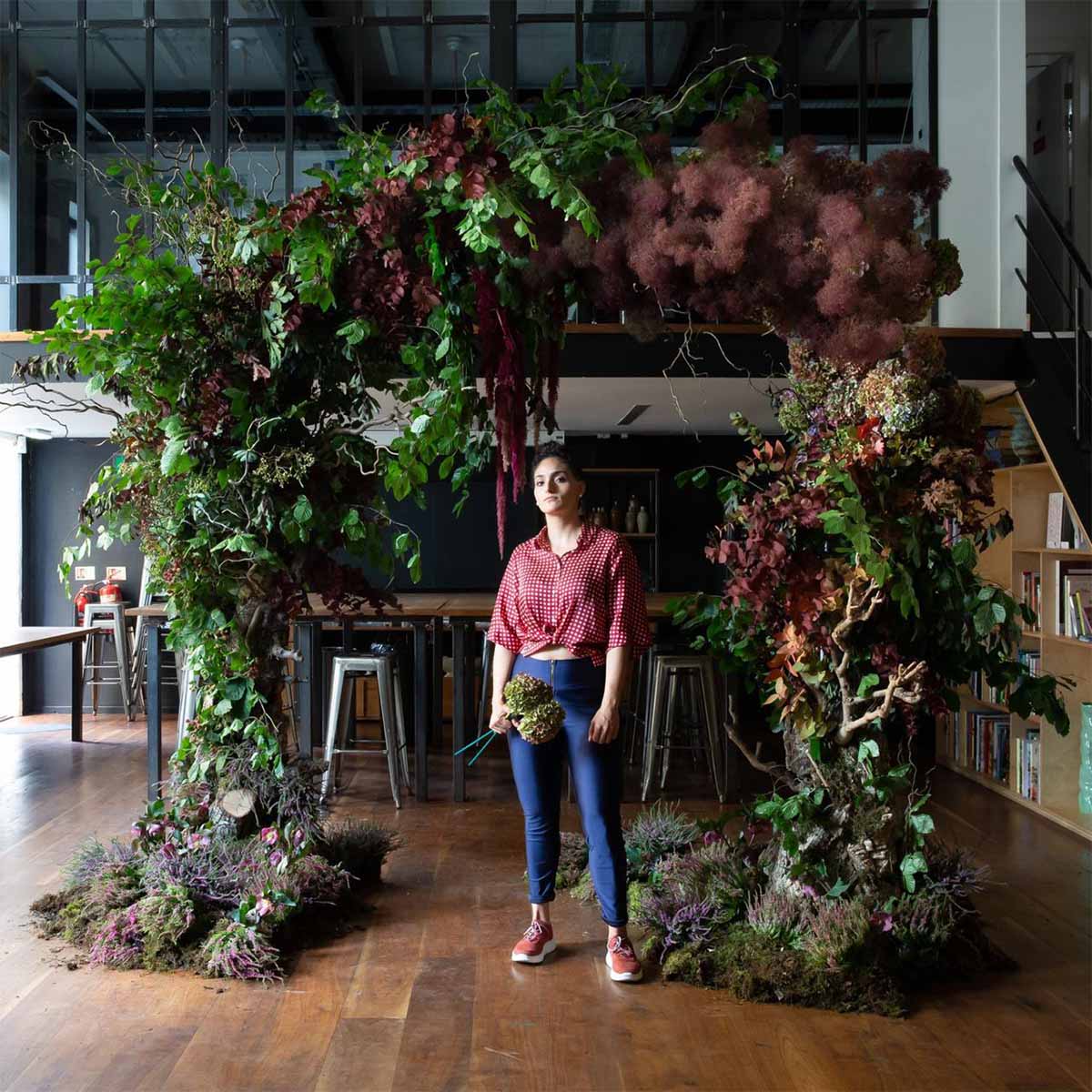