The Philodendron Gloriosum Is a True Houseplant Gem

With over 128,000 hashtags on Instagram, the philodendron gloriosum can be safely labeled as a crowd favorite that is as glorious as the name suggests. 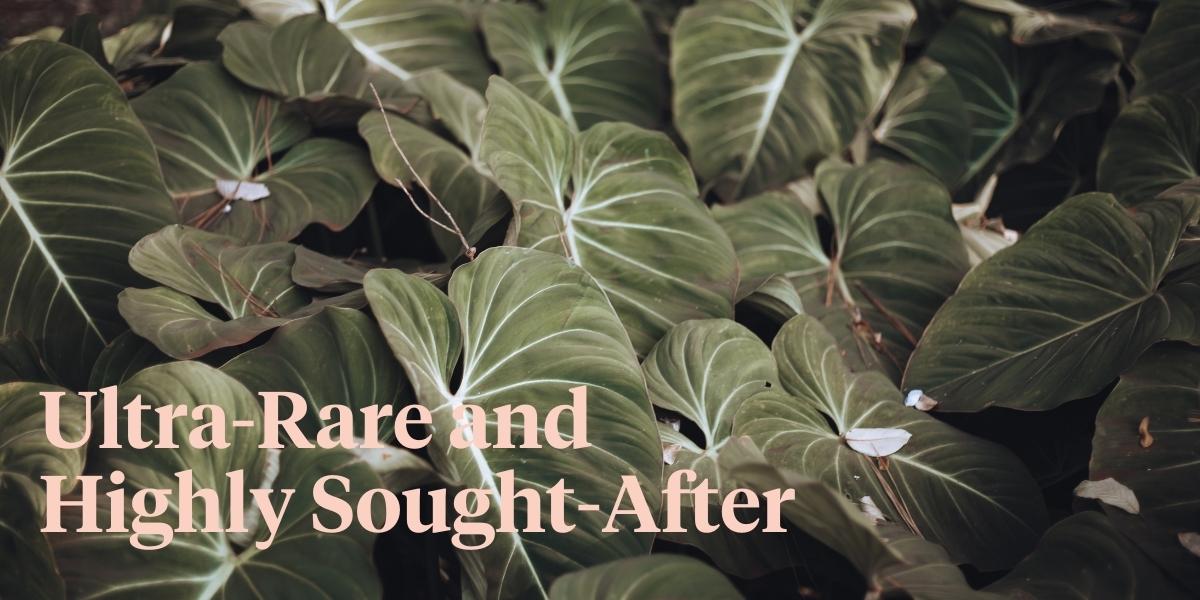 The rare houseplant Philodendron Gloriosum is the ultimate combination of inner strength and outward beauty. Prized for its magnificently large heart-shaped leaves with baby pink or cream margins and velvety surface, its popularity is largely down to its beauty, not to mention its surging appearance on avid collector’s wishlists.

With over 128,000 hashtags on Instagram, the Philodendron Gloriosum can be safely labeled as a crowd favorite. No wonder, because with its glorious, big heart-shaped leaves, this houseplant immediately captures the eye. And even though this beauty is originally from the tropics, with the proper care it will still thrive in colder environments. 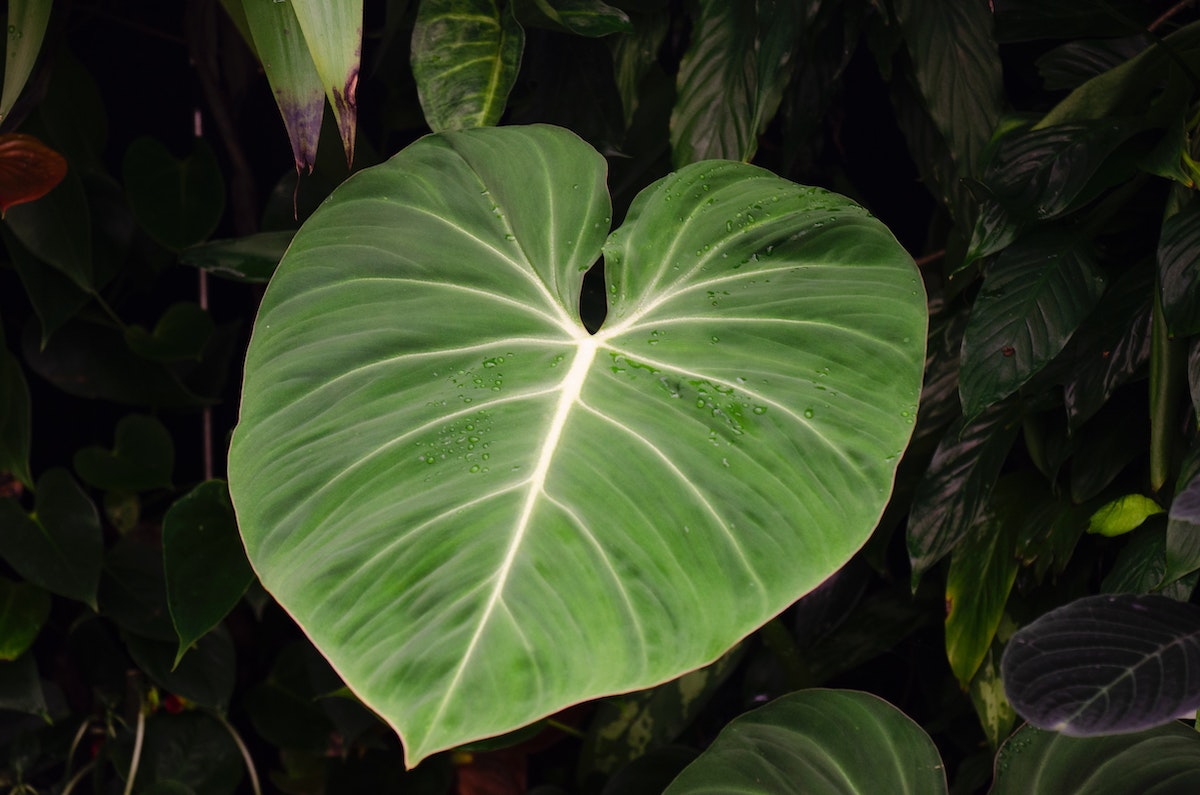 The Philodendron Gloriosum is a highly sought-after and ultra-rare tropical houseplant native to Colombia. Many guides refer to this plant as 'widely available' but this couldn’t be further from the truth. In fact, the philodendron gloriosum is listed as a 'vulnerable' species on the IUCN’s international red list.

There are only a few locations in the world where this plant is still found natively in the wild. Mostly in Colombia, with smaller clusters being found in Mexico, Venezuela, Ecuador, Peru, and western Brazil. You can also find them in Hawaii, where the Philodendron Gloriosum has been introduced for commercial reselling. 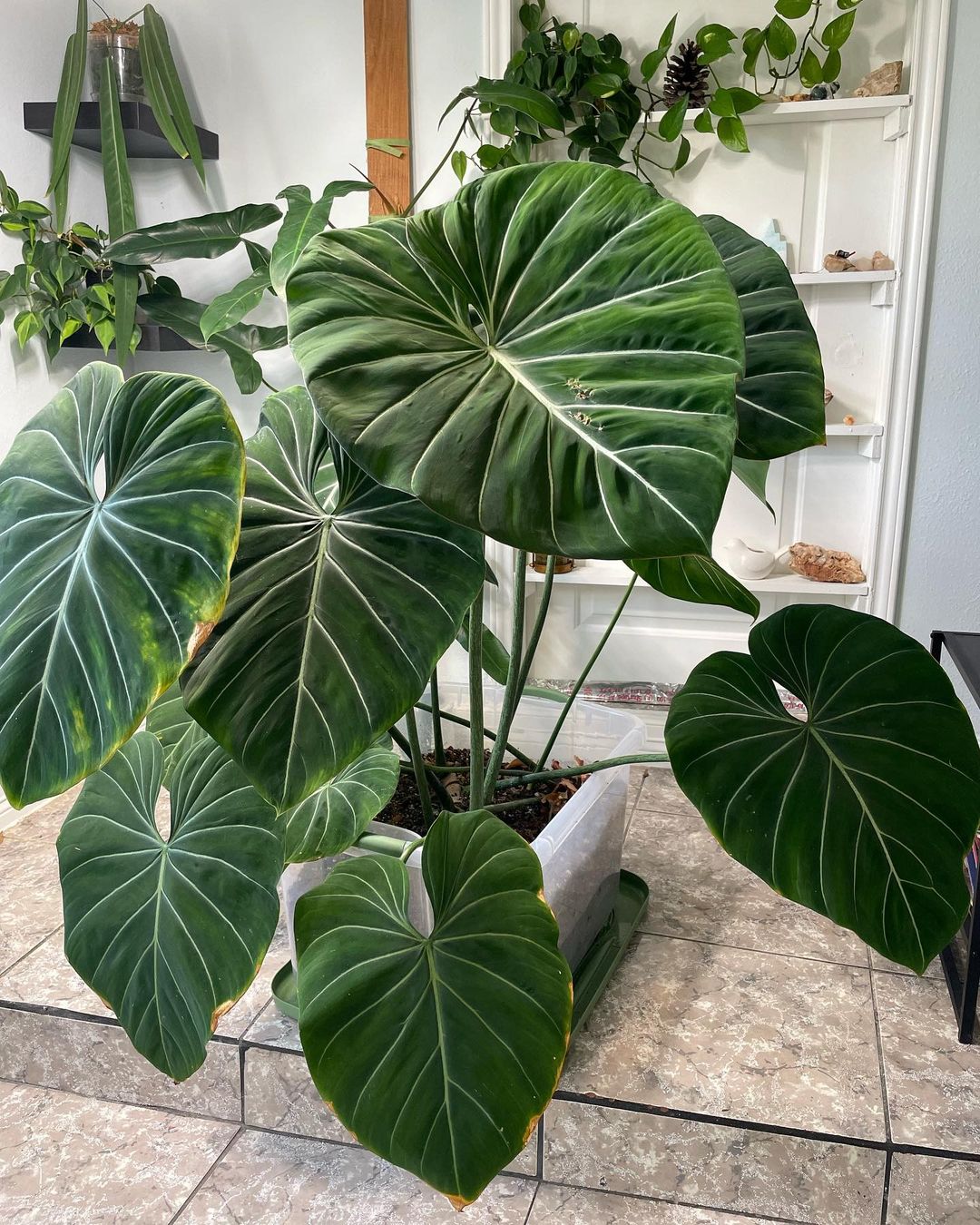 The beautiful heart-shaped, deep green leaves of the Philodendron Gloriosum really make it a 'glorious' plant, as the name implies. The leaves have a velvety appearance and as they mature, the white veins become more pronounced. Philodendron gloriosum leaves are said to reach a size of 90 cm in their natural habitat. 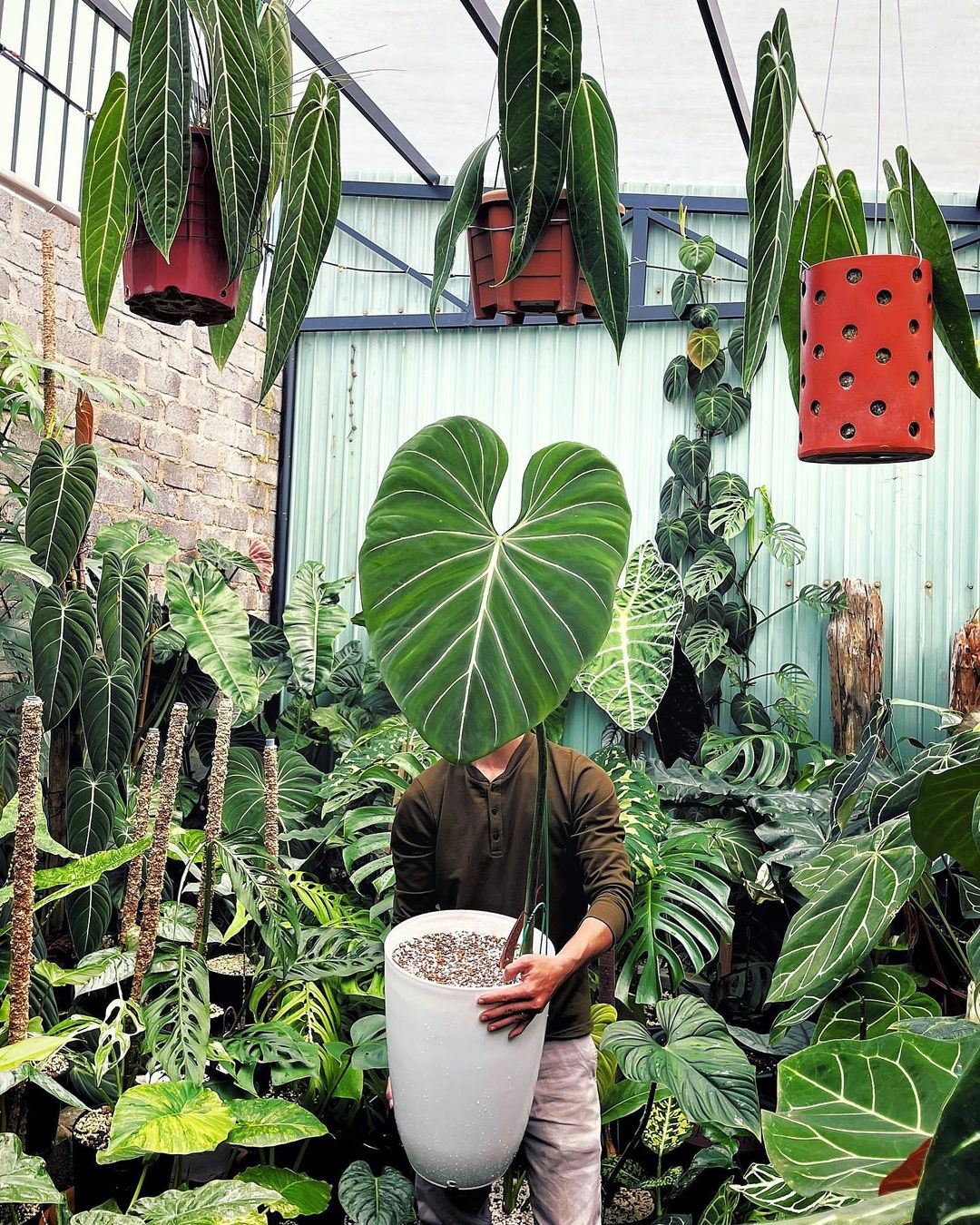 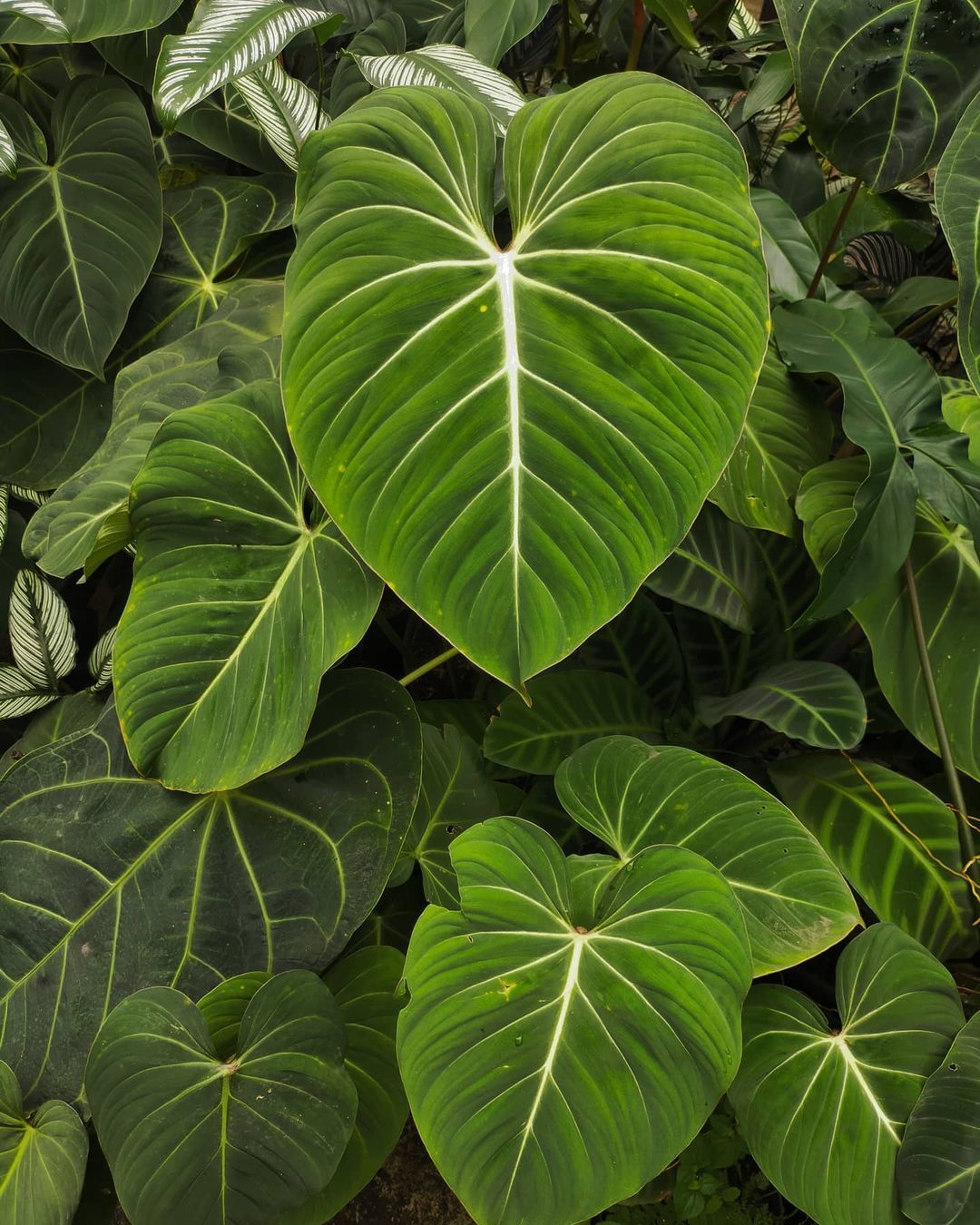 Philodendron gloriosum is not a climber, but a creeper. In nature, they crawl over the forest floor. Their roots are exposed, so make sure at home that the roots are not buried in the ground. The philodendron gloriosum is not a fast grower; from the time a new petiole appears, you may have to wait a month or more for the new leaf to fully open. The leaf then slowly darkens with increasingly pronounced veins. 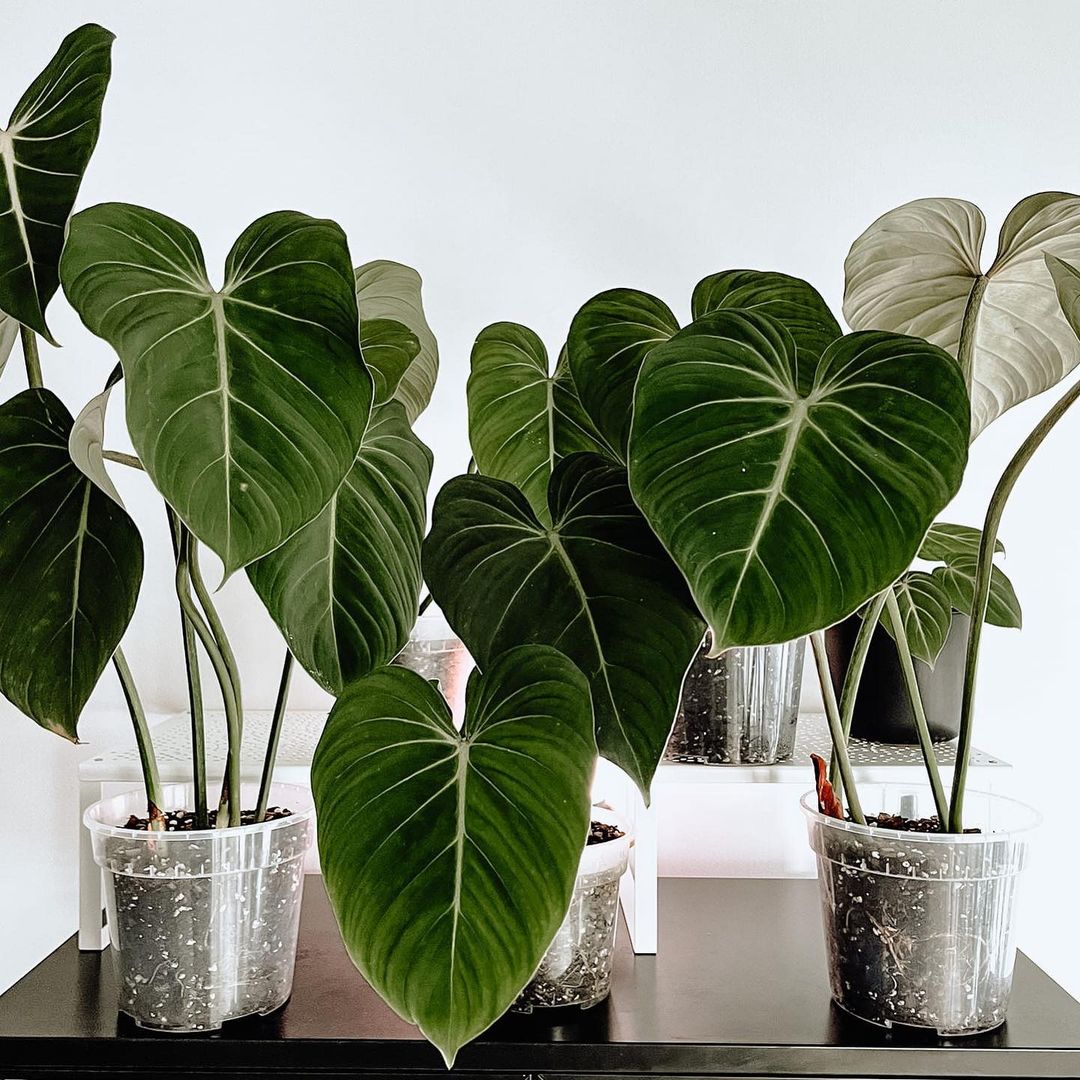 Care Tips for Your Philodendron Gloriosum

While this plant isn't the easiest philodendron to care for, it is still relatively straightforward despite its flashy, high-profile status. The key to caring for this rare and alluring beauty is to mimic its natural growing environment as much as humanly possible.

Lucky, the gloriosum's list of demands isn't too extensive. When choosing a spot for your philodendron gloriosum, take into account the incidence of the sun in the room. It is not desirable that the sun's rays fall directly on the leaves of this philodendron. In the morning or evening, this isn't too big of an issue but hot afternoons should absolutely be avoided. Why? Direct sunlight that comes through your window can create black spots on the leaves. Instead, choose a location where it gets lots of indirect sunlight so it can grow quickly and beautifully. 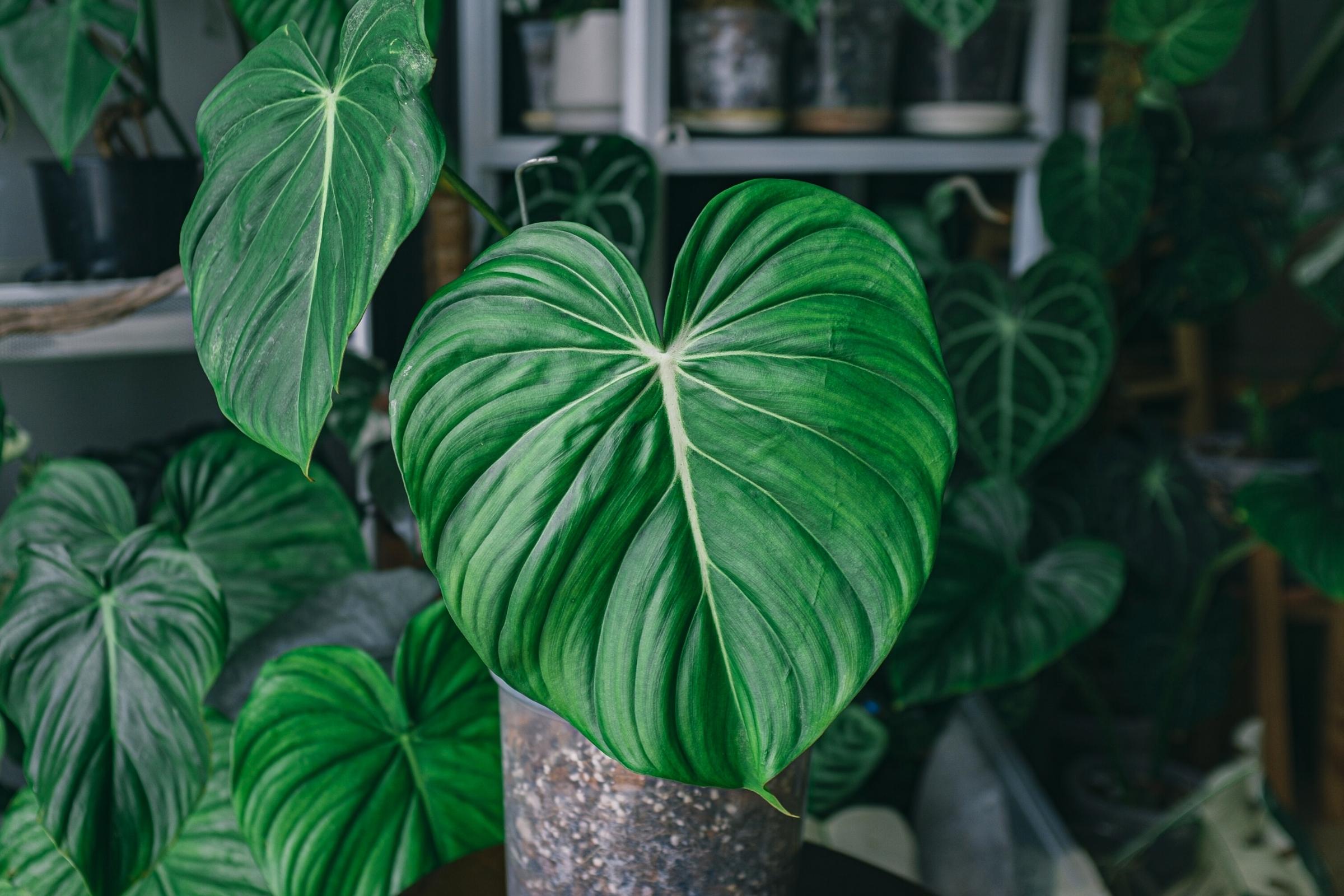 The Philodendron Gloriosum does not make crazy demands in terms of temperature. Normal room temperature is fine. Keep in mind that rapid temperature changes have a negative effect on plant growth. These fluctuations are caused by a radiator, air conditioning, draft, or open window.

As mentioned above, don't place it near a radiator. In addition to an increased temperature, it also causes very low humidity. For a tropical plant, the philodendron gloriosum can tolerate lower humidity quite well. For example, it is not necessary to mist this plant with a plant sprayer. Although this plant is quite resistant to the drier air here, a place next to a stove should really be avoided. When it is switched on, the humidity drops to such an extent that this plant can no longer tolerate it. 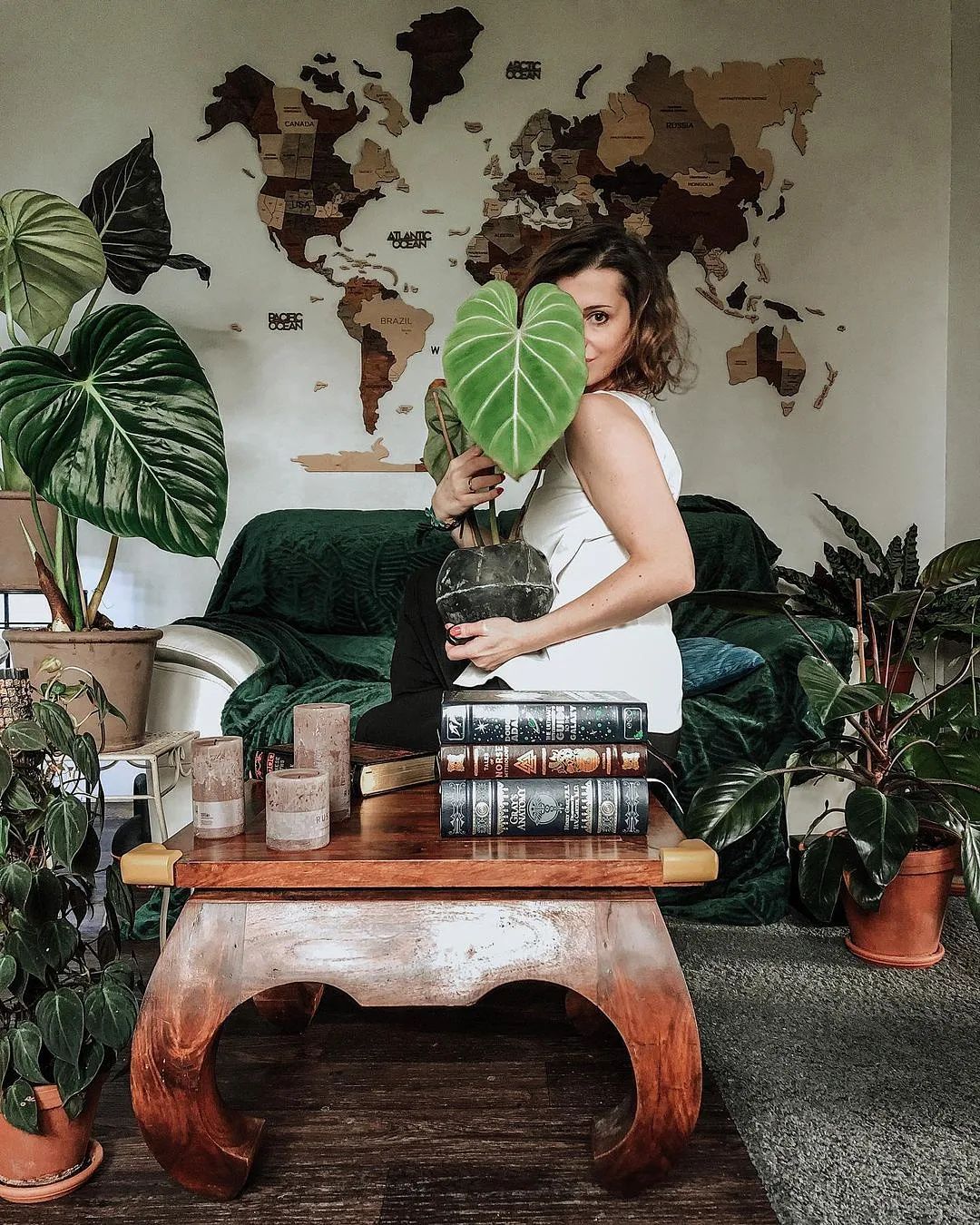 Always water this plant so much and as often that the soil does not dry out, but also does not remain soaking wet. Both extremes are harmful to the plant. Too long in too wet soil causes yellow spots or even completely yellow leaves. Too long in too dry soil causes dehydration and leaf loss. A good way to water is to wait until the top few centimeters of the soil are dry before you give it another drink. You can easily check this by sticking your finger in the soil.

Your philodendron gloriosum prefers airy potting soil. There are special types of potting soil available for tropical plants. This potting soil has an airy composition and gives the roots the same effect as they have in the natural habitat. 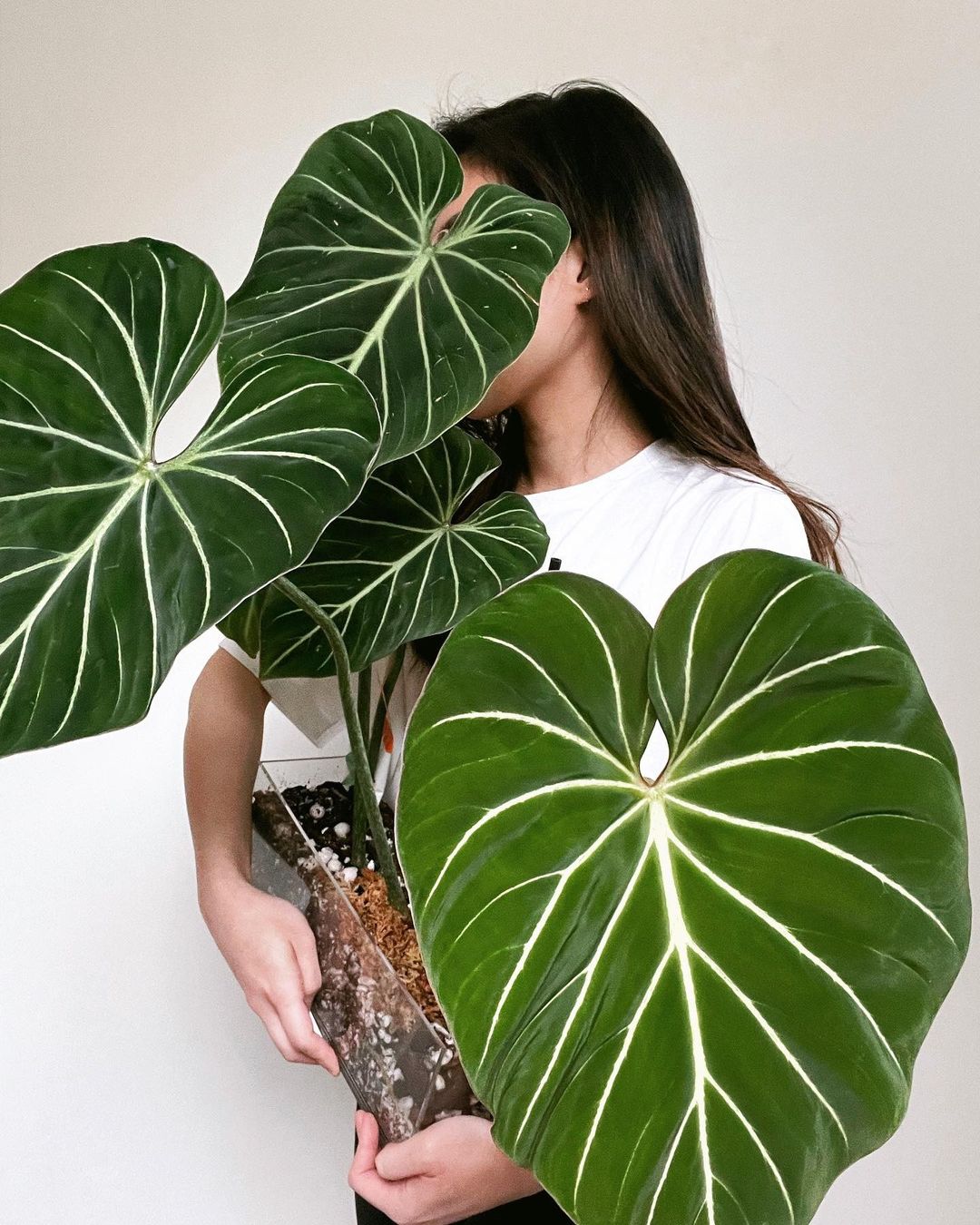 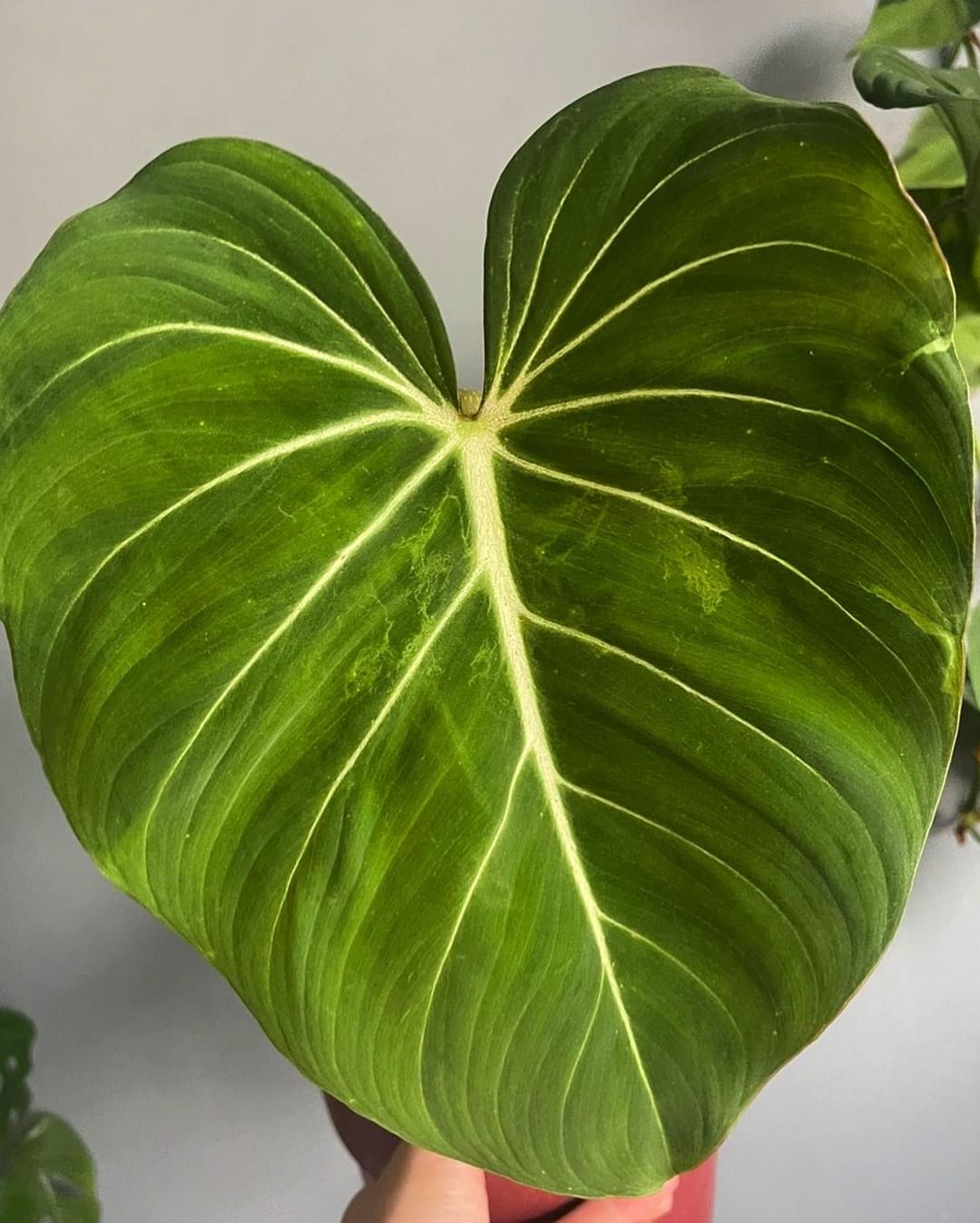 Your Own Philodendron Gloriosum?

Because of its increasing rareness and fascinating beauty, the philodendron gloriosum has been aptly named, 'the glorious one', a fitting title for such a stunning plant. It is one of those houseplants that 'finishes' your collection. Because they are becoming increasingly rare, they tend to be pricey, so it's a true houseplant gem for the avid collector. But once you get your hands on one, you know you have something truly special. 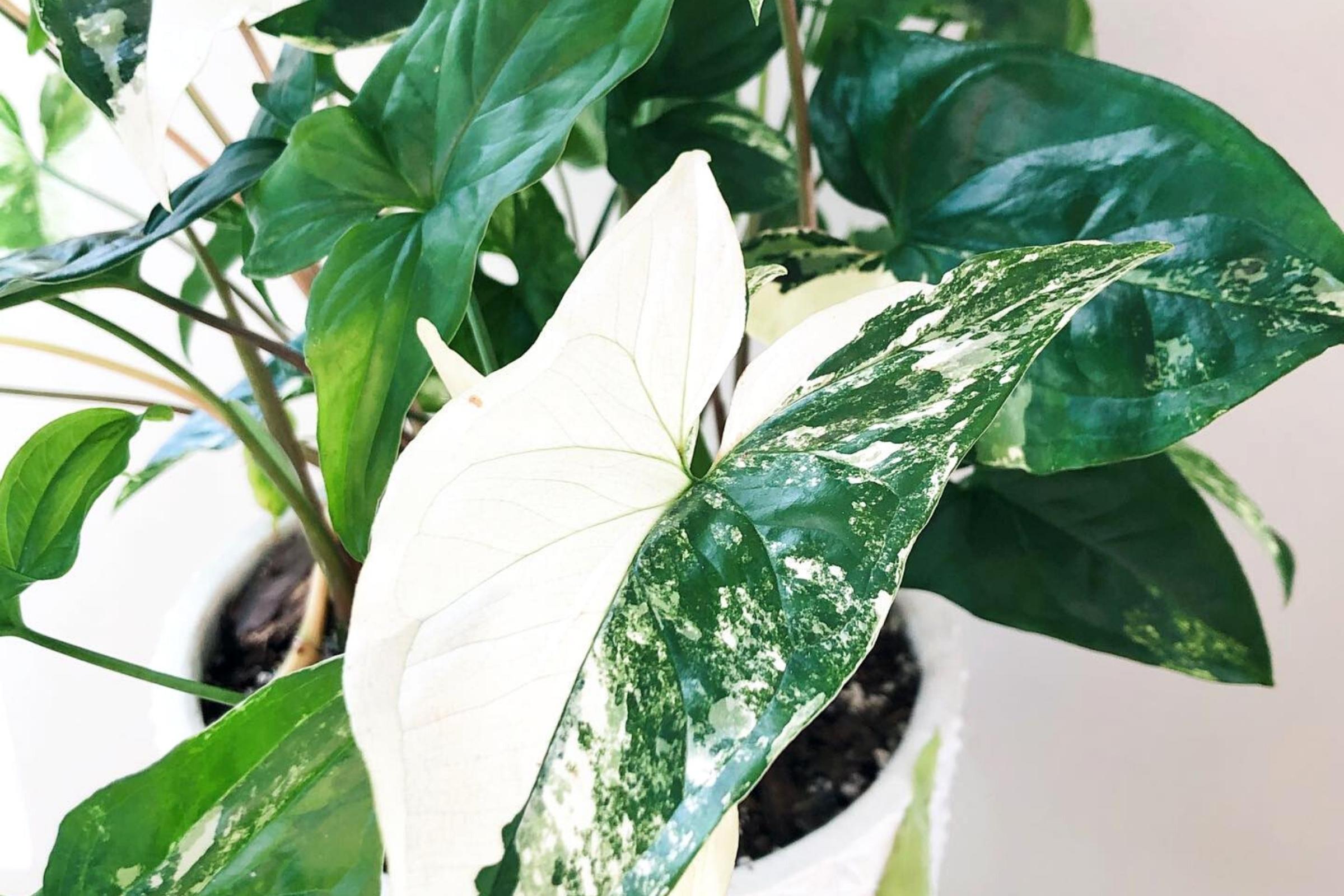 Houseplants
Syngonium Podophyllum Albo Variegatum - One of the Best Picks for Rare Houseplant Lovers The Syngonium Albo Variegatum might just become the next favorite plant in your collection, with its stunning leaf patterns and easy care.
May 23 | 5 min read 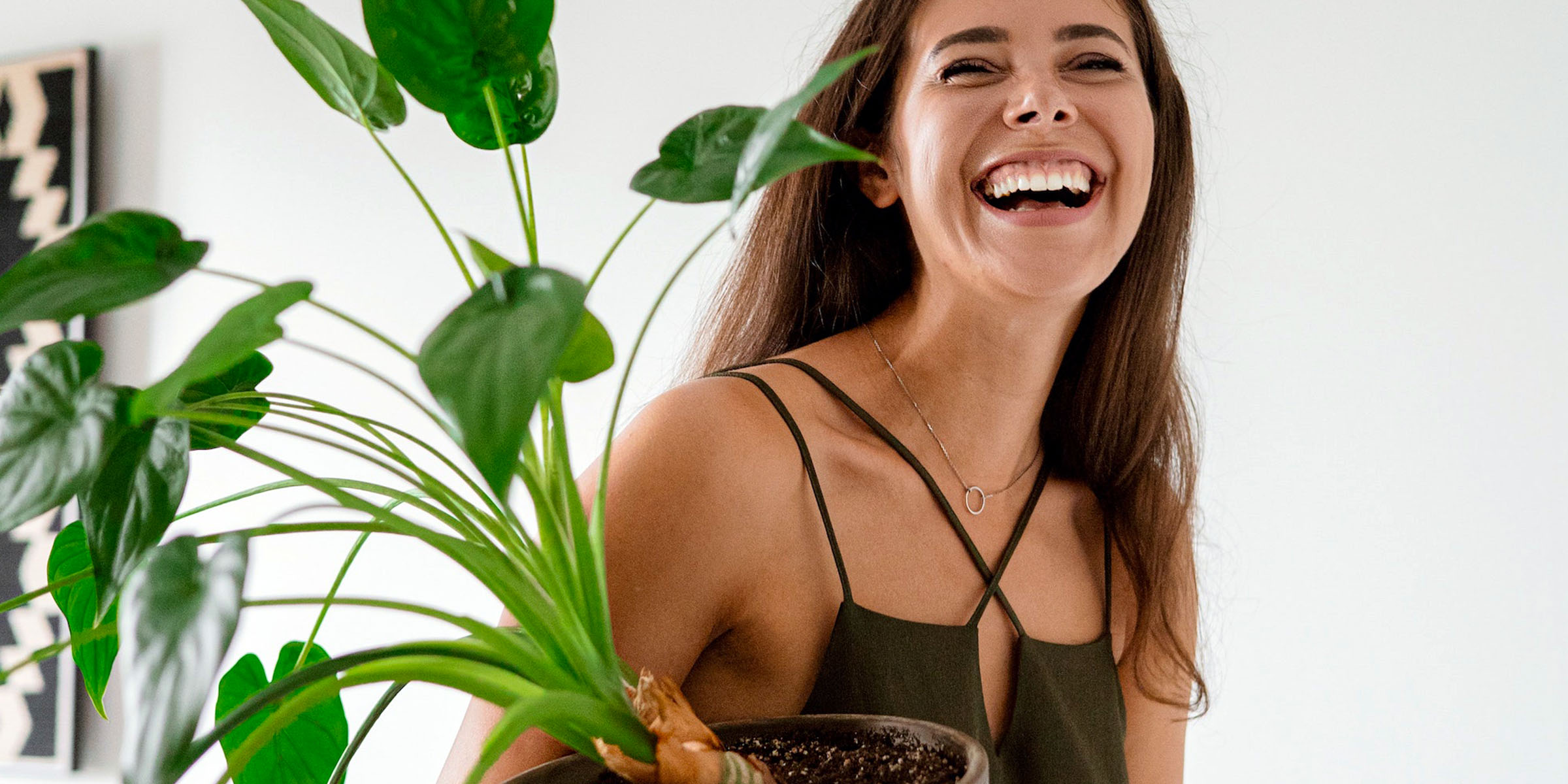 Houseplants Special Days
Tropical Plants Line Up for a Green Mother's Day 2022 Want to gift mom with lasting beauty this year? These green houseplants from Evanthia are guaranteed to put a smile on her face.
May 04 | 4 min read 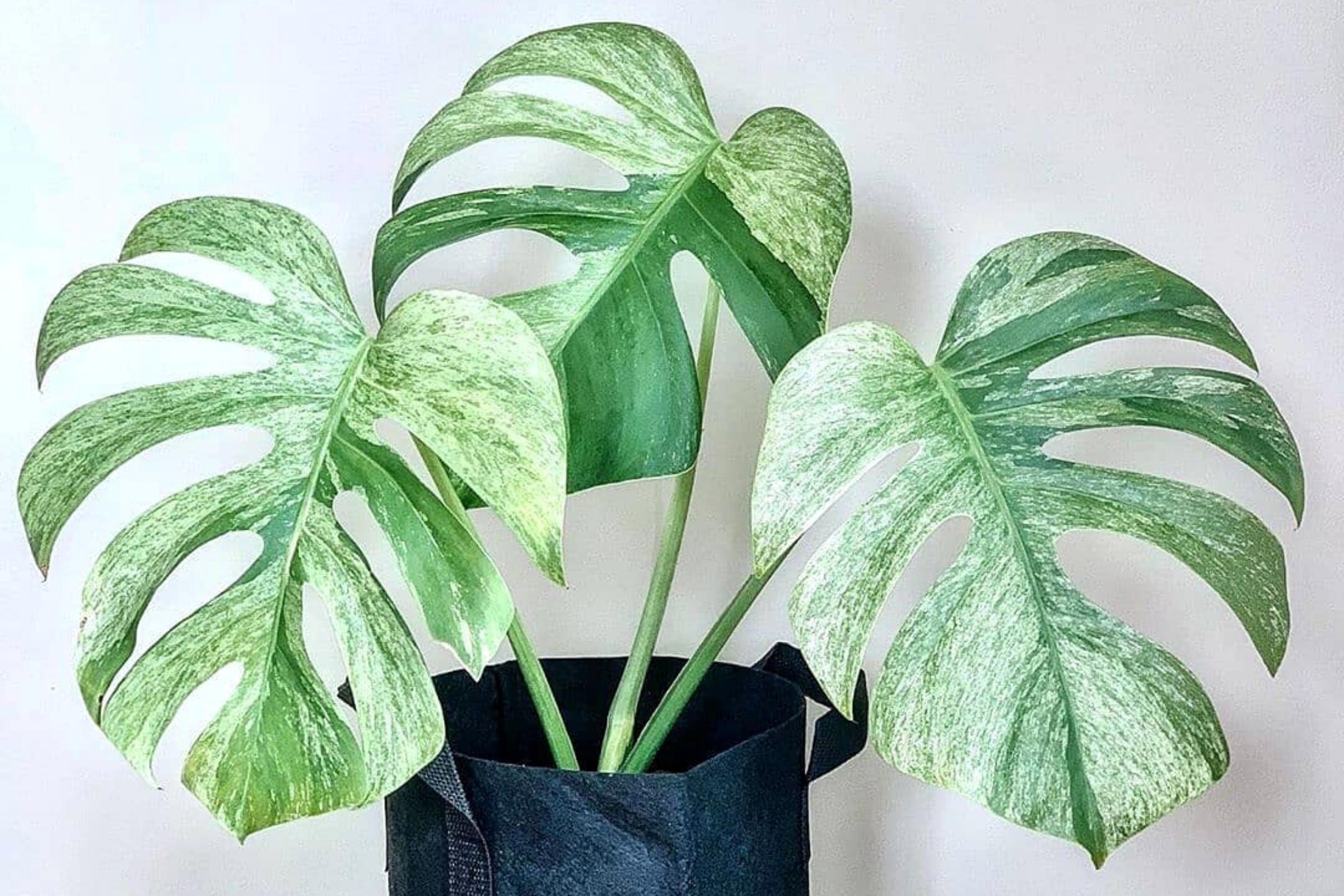 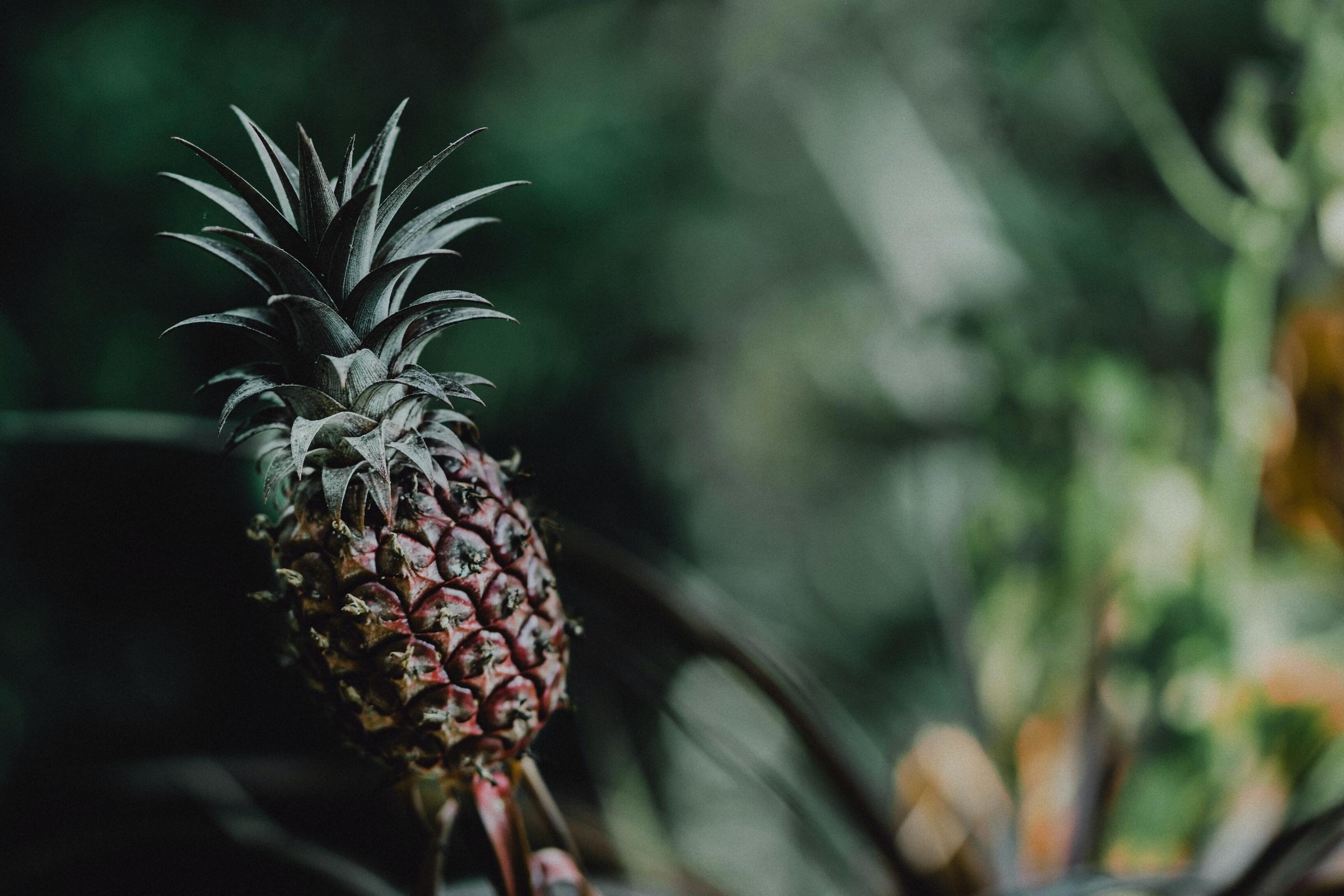 Houseplants
The Stunning Display of the Pineapple Plant Although these plants tend to be choosy about conditions, they can be grown indoors as long as they get plenty of sunlight, heat, and quality soil.
Feb 11 | 4 min read 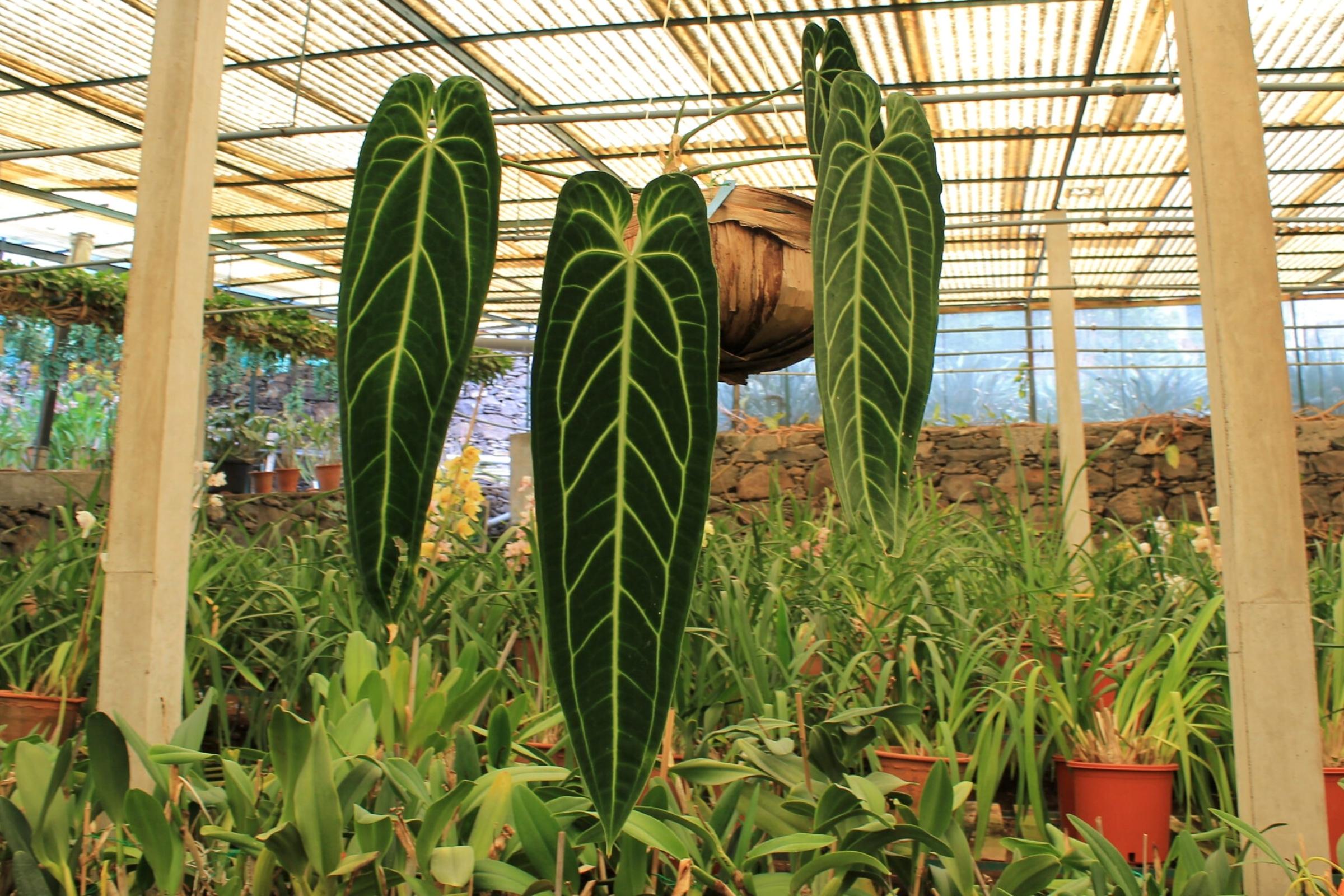 Houseplants
The Magnificent Queen Anthurium Warocqueanum The leaves are unique by their dark green color, thickness, and leathery feel, as well as by the silver venation that become more pronounced as the plant matures.
Nov 19 | 3 min read
ALL ESSENTIALS ALL FLORISTS ALL PRODUCTS ALL GROWERS ALL BREEDERS ALL TRADERS