Flowers have always taken an important place in the life of Per, and today one can even say they have become his life. To have one's passion and main interest as a full-time job is a privilege. His driving force in life and career is the sheer fun and happiness he finds in working with flowers and people. Today he works out of his own company, “Benjamin’s Botaniska” (Benjamin’s Botanicals), “Floristisk Coaching” his educational company, and Life3 together with Max van de Sluis. His work ranges from demonstrations, workshops, seminars, school teaching, judging, shop makeovers, economy and sales knowledge, team and leadership courses, shop coaching, bigger events, and party decorations, and the occasional day in a flower shop. He has, over the last 15 years, since his World Cup victory, had the opportunity to work all around the world, in over 80 countries. All of this started with his interest in flowers and gardening as a child and at the age of 16 his luck to find a flower shop to work in for holidays and weekends. This leads the way to a growing interest, learning over the years, a full-time job, and eventually his Craftsmanship diploma with a silver medal in 1994. The teaching of all kinds is his strongest passion. A period as a full-time teacher at a floral college in Stockholm awoke the urge to inspire and educate others, pass on his passion for floristry to others, to provide them with the necessary knowledge, and then see how they translate it into their own ideas and growing as designers. He has published, co-published with Life3 and been published in over 20 books. Books both pure inspirational as the Emotions series and the sell-out popular educational step by step series with Life3. The first one being his own “Elements” book that showed the world what Scandinavian design is all about. Per has since then over the years grow a great reputation of being a master of color use. He has created his own color system that is a true eye-opener for many designers. He says he is who he is as a designer today because of his unstoppable curiosity, for flowers, design, and people! Awards 1994 Silver medal of Craftsmanship diploma 1997 Gold medal Swedish Championships 1998 Gold medal Stockholm Open 1999 Silver medal Stockholm Open 2000 Gold medal Scandinavian Championships 2001 Silver medal Stockholm Open 2002 Gold medal Stockholm Open 2002 Gold medal Fleurop Interflora World Cup 2003 Floral designer of the year in Sweden 2003 Gold medal Scandinavian Championships 2014 Silver medal Singapore Garden Show 2017 Gold medal Stockholm Open 2018 Honorary Interflora medal for product and business work in Norway Bigger events/ commercial work 2006 Floral design concept for Raffles Singapore 2007 Floral design concept for Crown casino and hotel Macau 2006 Floristic Dialogue a business/sales program for florists 2008 Interflora School in Norway 2008 Floral design concept for Kempinsky worldwide 2012 Floristic Coaching a coaching educational system for florists 2013 Floral design concept for Grand Hotel Sweden 2014 Floral design concept for Icehotel Sweden 2015 Designer of the Nobel Prize Banquet 2015 MC/presenter of the Interflora World Cup in Berlin Germany 2016 Product manager at Interflora Norway 2016 Designer of the Nobel Prize Banquet 2017 Designer of the Nobel Prize Banquet 2017 Business consultant for Interflora Sweden 2018 Designer of the Nobel Prize Banquet 2018 MC/presenter of the Interflora World Cup in Philadelphia USA 2019 Designer of the Nobel Prize Banquet 2019 Exhibit at Sofiero Palace Publications 2001 Nordic masters of flower arrangement First-class floral design – Wedding, Christmas, and Display 2003 Emotions with Life3 2004 Elements, Biography of Per Benjamin 2005 Wedding Emotions with Life3 2006 International Annual Floral Art Creativity with Flowers Bouquets with Life3; Creativity with Flowers Interior Decoration with Life3 Creativity with Flowers Christmas with Life 2007 Christmas Emotions with Life3. Creativity with Flowers, Sympathy with Life3 2008 International Floral Art Creativity with Flowers, Arrangements with Life3 2009 Creativity with Flowers, Wedding Flowers with Life3 2010 Passionate Emotions with Life3 Creativity with Flowers, Table Arrangements with Life3 International Floral Art 2011 Creativity with Flowers, Plant Arrangements with Life3 2012 Living Interior Emotions with Life3 International Floral Art 2014 Interior Emotions with Life3 International Floral Art 2016 International Floral Art 2018 The world of colors according to Per Benjamin Floos issue 3 International Floral Art 2019 Elements, new edition Floos Wedding Flowers Creativity with Flowers with Life2 Philosophy Curiosity is my driving force as a person as well as a florist. For me the challenge is not to find the most beautiful and rare flowers but to find new ways to use the ordinary ones and show their beauty. This is often achieved by working with the flowers or colors that you like the least, to challenge your own prejudices and creativity. Not to see limits and old traditions as obstacles; on the contrary, to see them as possibilities and inspiration to new ideas. And I always combine creativity in design, sales, and business in my coaching programs. We need to be commercial to reach our audience and future customers.

Shares on Thursd by Per Benjamin 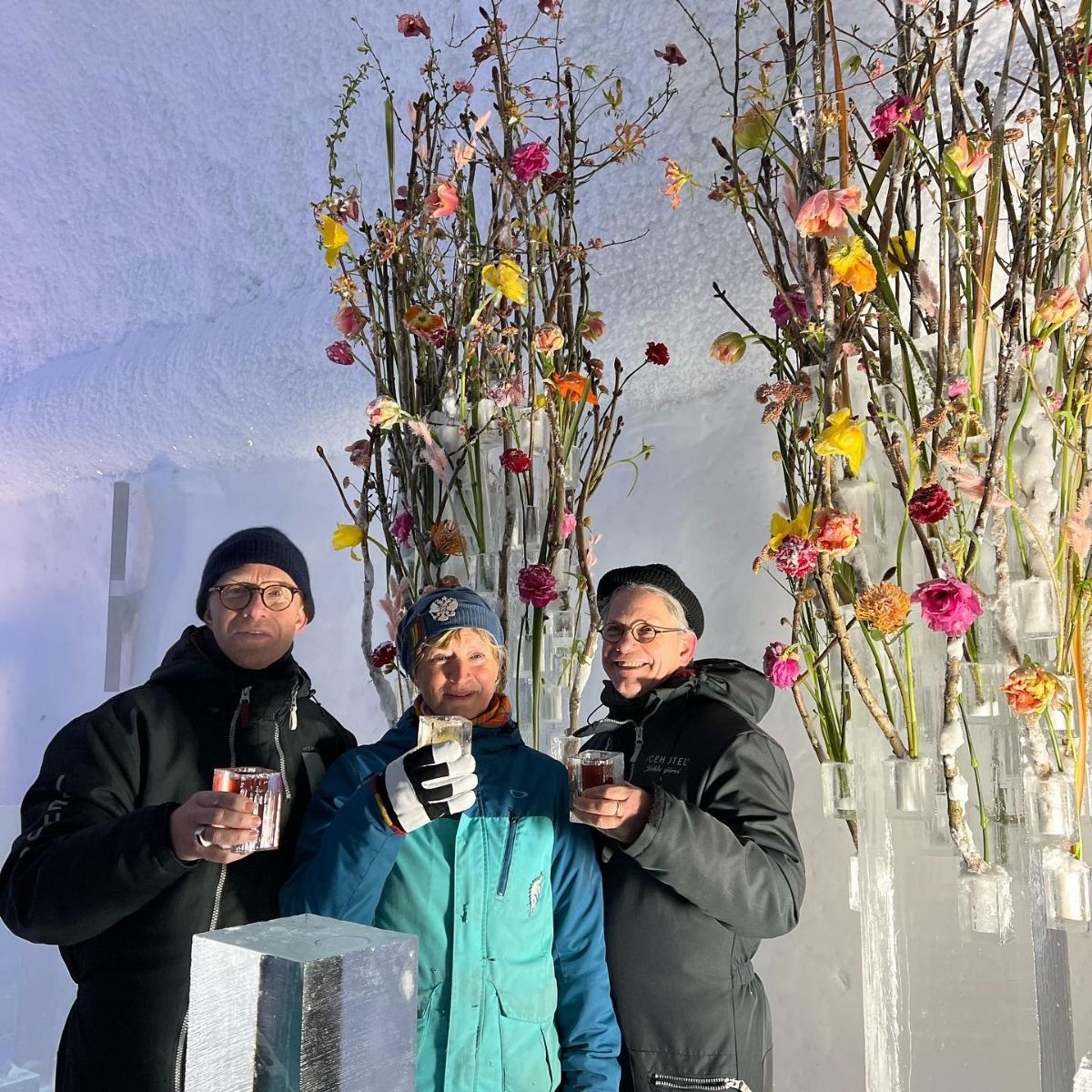 Floral Designers A Unique Workshop at Icehotel Sweden With Flowers and Ice Resulting in Exceptional Designs and Wonderful Friendships The greatest gift in life is life itself. But I promise that if you ever have the opportunity to come to a workshop at Icehotel in Sweden, everything fleeting out of that will be a gift.
Apr 17 | 3 min read 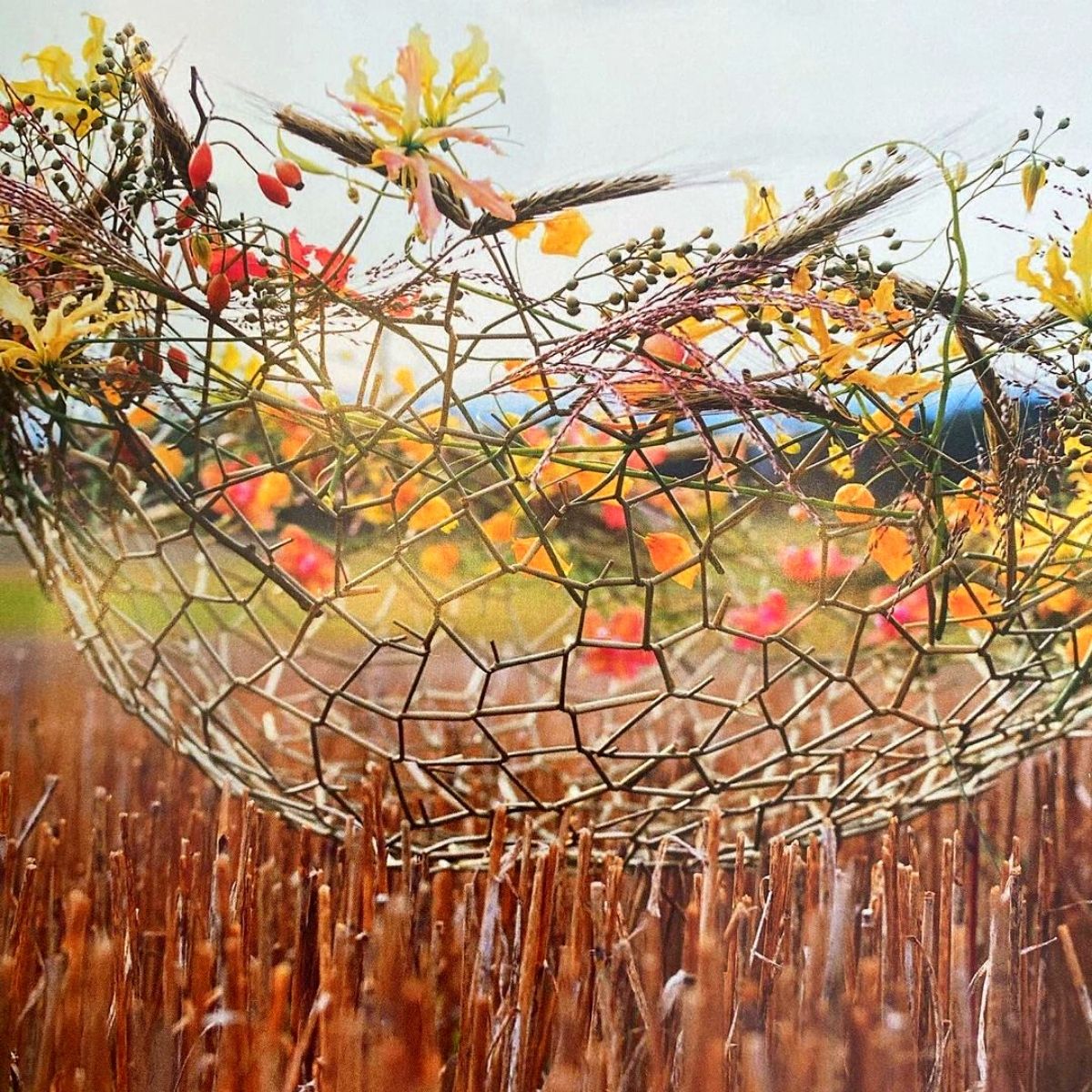