The Beauty of Hydrangea in a Classic Russian Decor

Watch its grace, beauty, and exuberance in this Russian manor 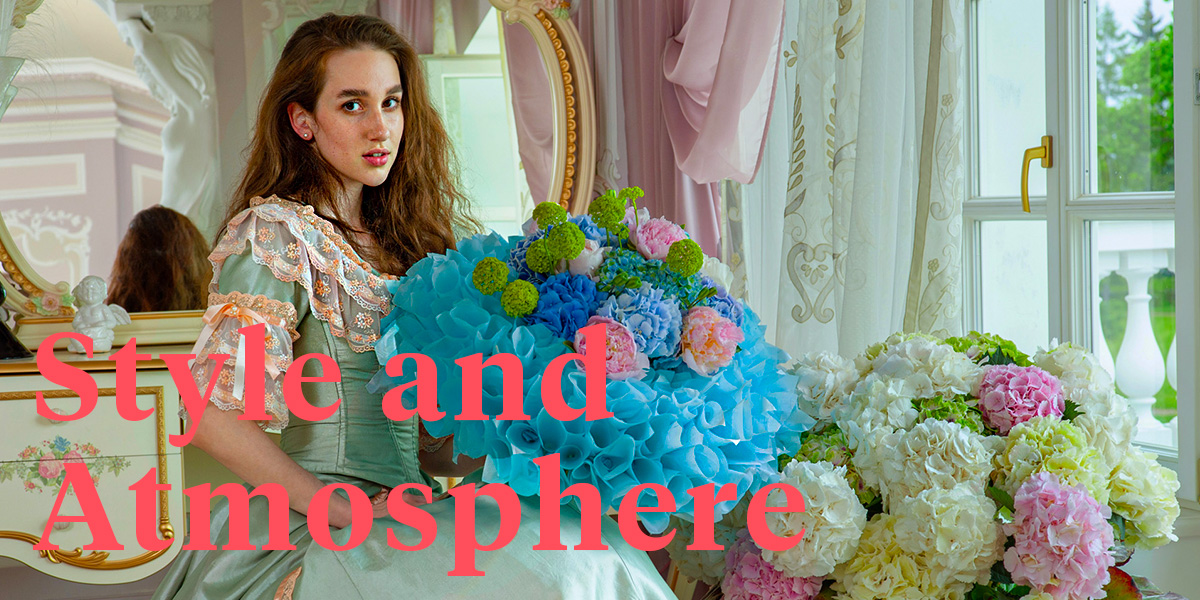 At the start of the new hydrangea season, I immediately think of the grace, beauty, and exuberance of this beautiful plant with its large amount of flowers, its generous convex shape, and sometimes also elegant long stem. Let me show you the beauty of hydrangea in classic Russian decor.

Immediately I also think back to one of the projects that I carried out last year on behalf of HydrangeaWorld in Russia. A country house located just outside St. Petersburg, formerly owned by the Russian noble family Stroganov-Golitsyn, formed the backdrop to show hydrangea beautifully. The growers united in HydrangeaWorld had made their best products available for this. 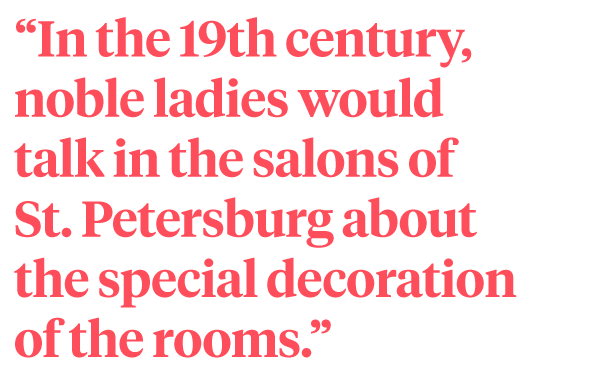 Galina Stepanova, the current owner of the manor, which has been transformed into a luxury hotel, made several rooms available to embellish with the hydrangea. Different rooms with different styles. For this project, we chose the Classic Room, praised by Galina Stepanova, and the Room decorated in Egyptian style. The accompanying photos show how well hydrangea has come into its own. 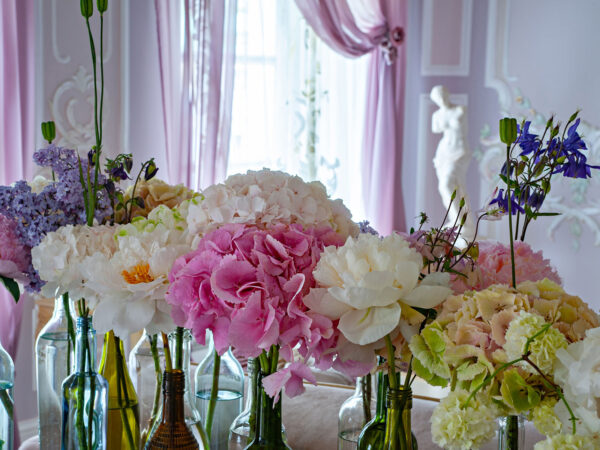 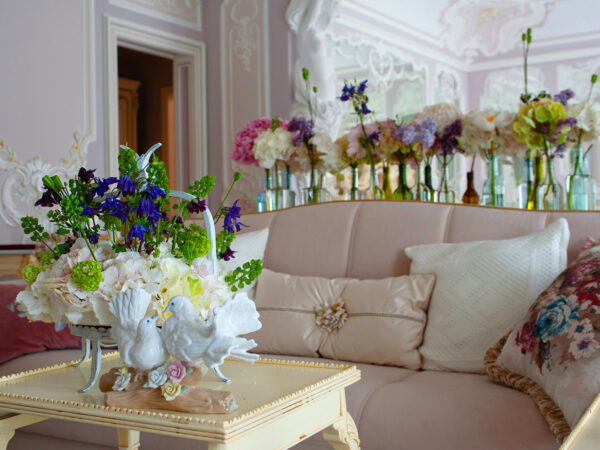 The flowers enhanced the style and atmosphere present in these rooms, as also noted by the guests specially invited for the occasion. The guests were invited because of their special interest in Russian history and culture, and also because they were looking for inspiration to furnish spaces in which they organize business and cultural events. They were shown around by Vladimir Bermyakov, renowned florist from St. Petersburg and ambassador of Flower Experience, the digital platform of my company Sobolj. This expert guide showed how precisely the use of bottles to present the hydrangea contributed to a light, transparent, and at the same time warm effect of the flowers in the colorful, stylish rooms. 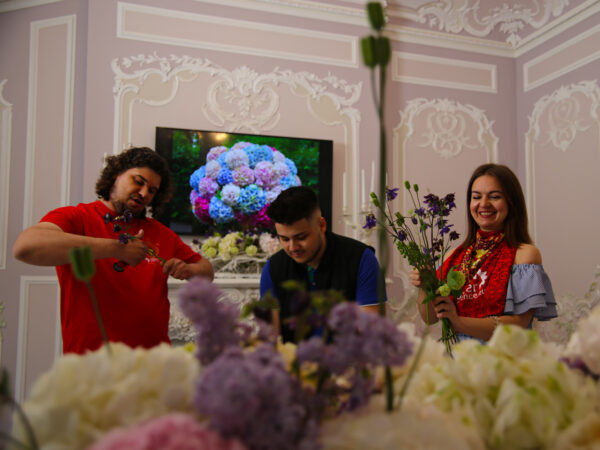 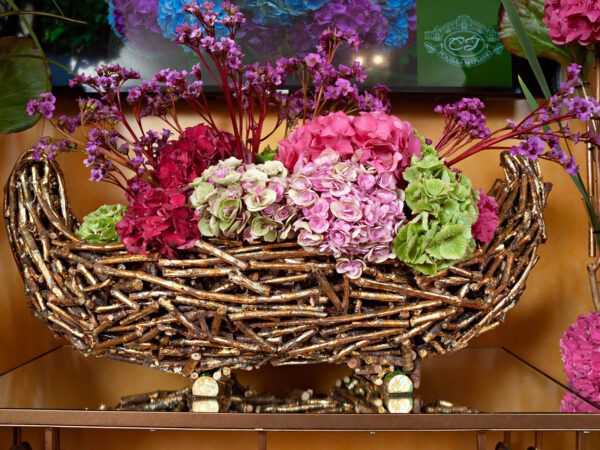 Also, a lady appeared in a classic gown, which fitted in well with the historic hydrangea-enhanced decor of the stylish mansion. Especially for her, a matching hat was made by one of our florists, which was completely covered with hydrangea leaves. That was a painstaking job, which required 12 hours of care and attention from the designer from idea to completion. You can see the astonishingly simple, but special result in this photo. 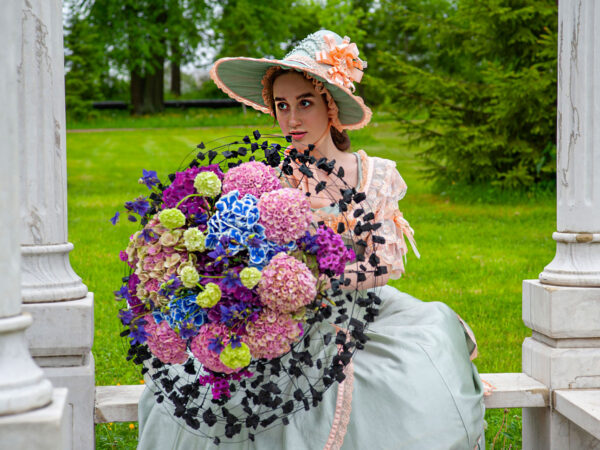 Noble Talks in the Salons

In the 19th century, noble ladies would talk in the salons of St. Petersburg about the special decoration of the rooms in the country house of the Stroganov-Golitsyn family. One would not lag behind the other to leave the city in a carriage to drink tea in the manor and admire the beautifully decorated rooms. But you had to be there to see the magic. In the 21st century, photos and stories are shared on social media so that everyone knows about them almost instantly. Not only Flower Experience shows beautiful results of these decorations, but also the proud owner of the mansion and the enthusiastic visitors shared their experiences via their own social media channels. This way, the splendor of hydrangeas is not just for the happy few, but for the entire world to enjoy. 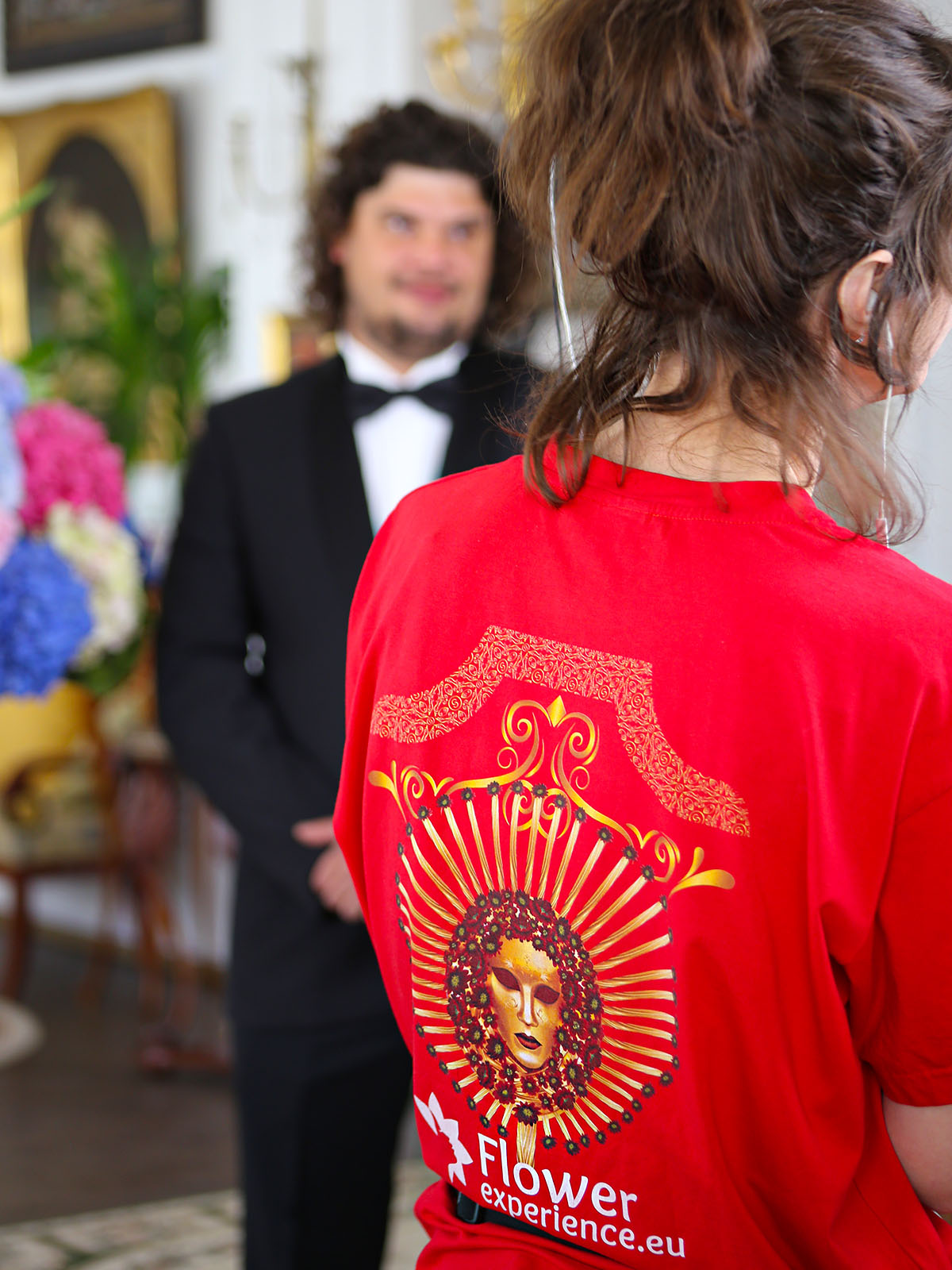 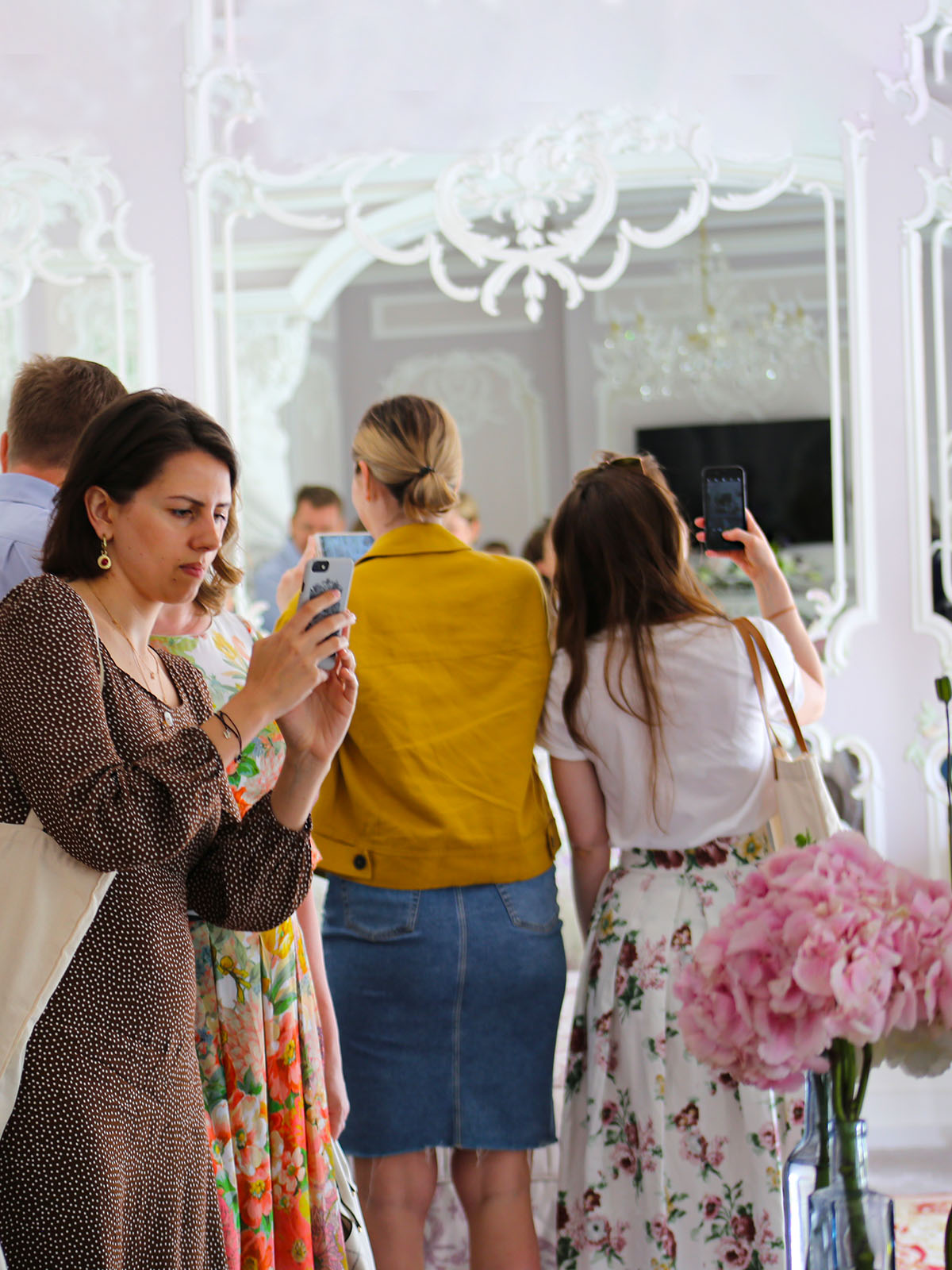 Watch these behind the scenes and making-of videos and, of course, the final result!     All images and videos courtesy of Flower Experience.
hydrangea hydrangeaworld flower experience vladimir bermyakov natasja mironova sobilj alexander bermyakov 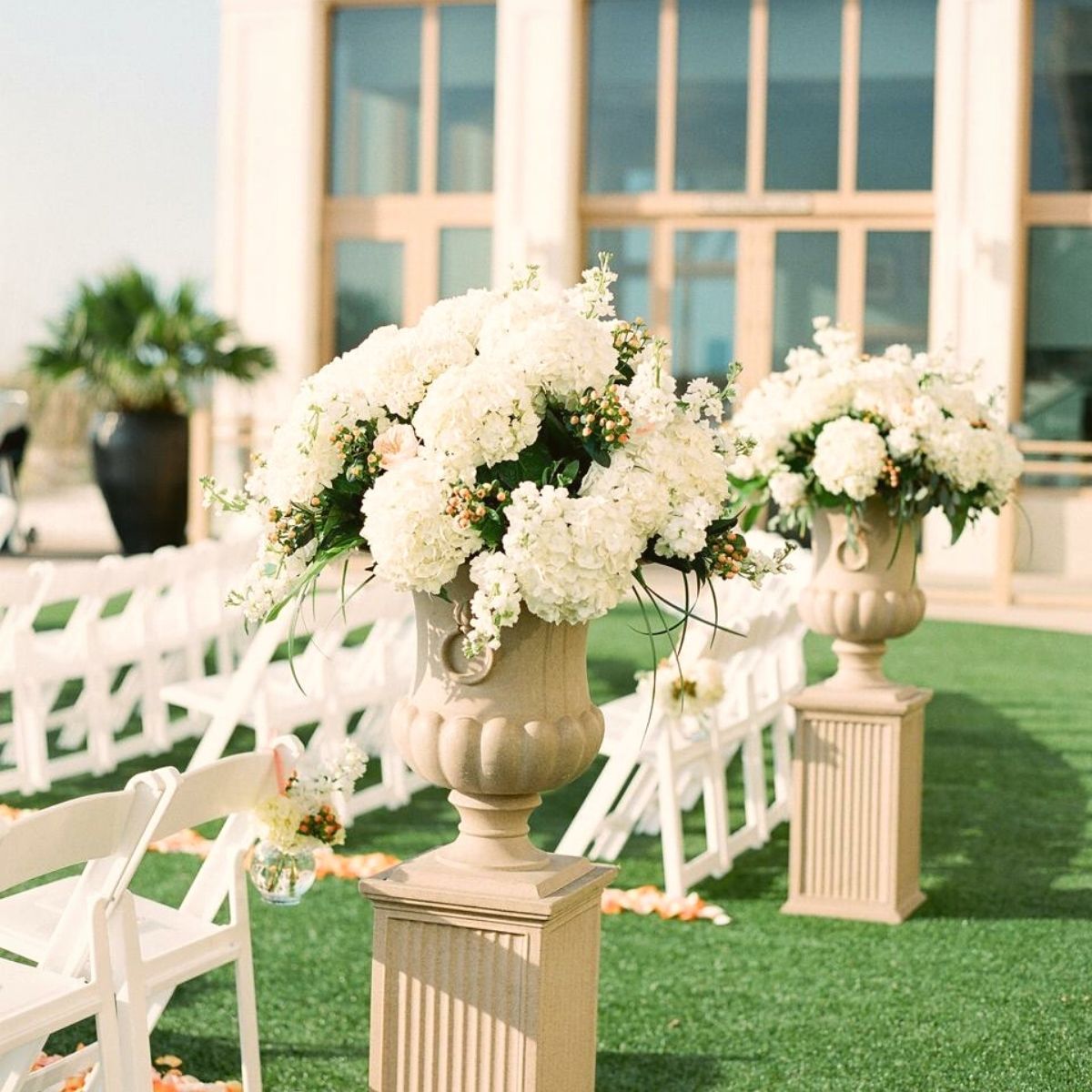 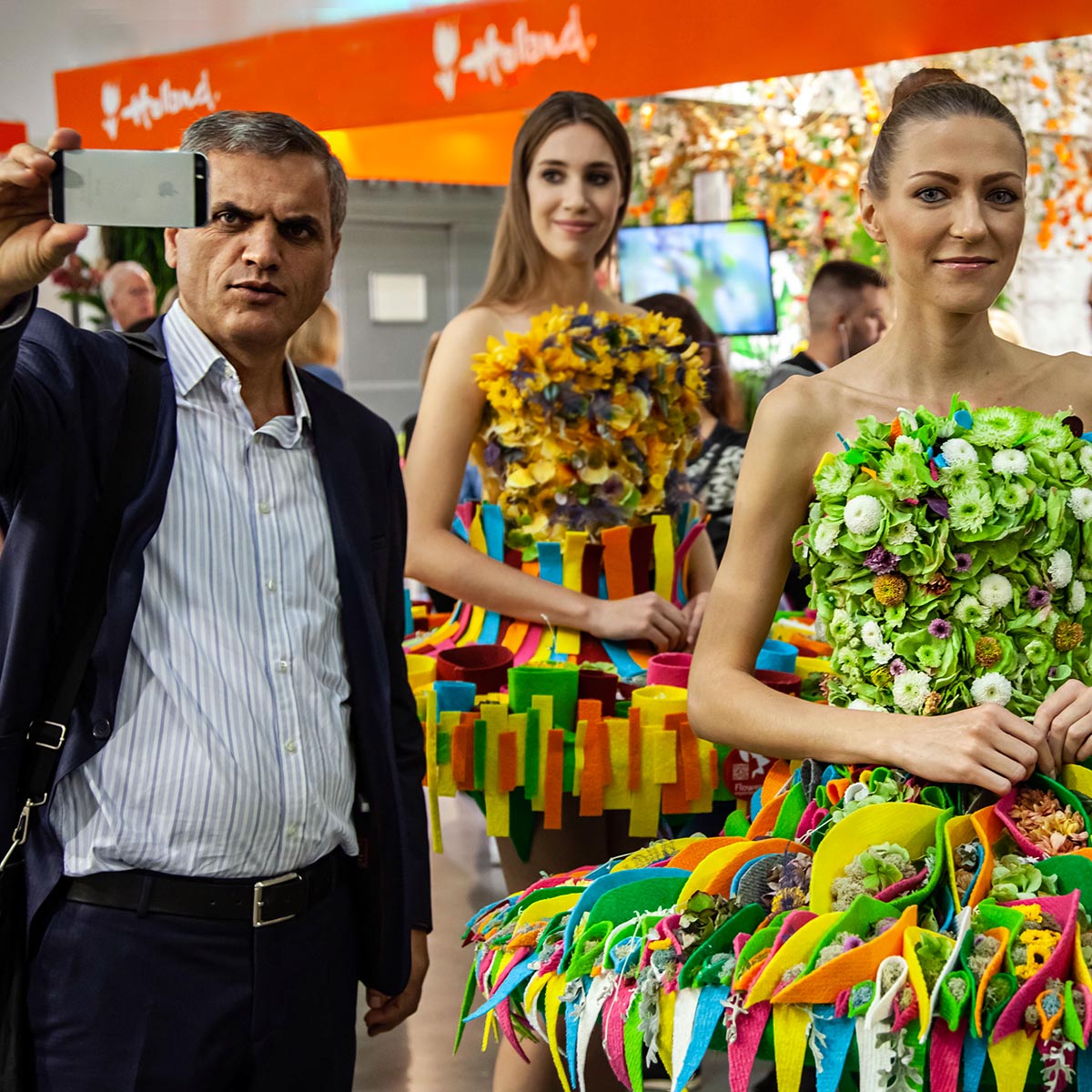 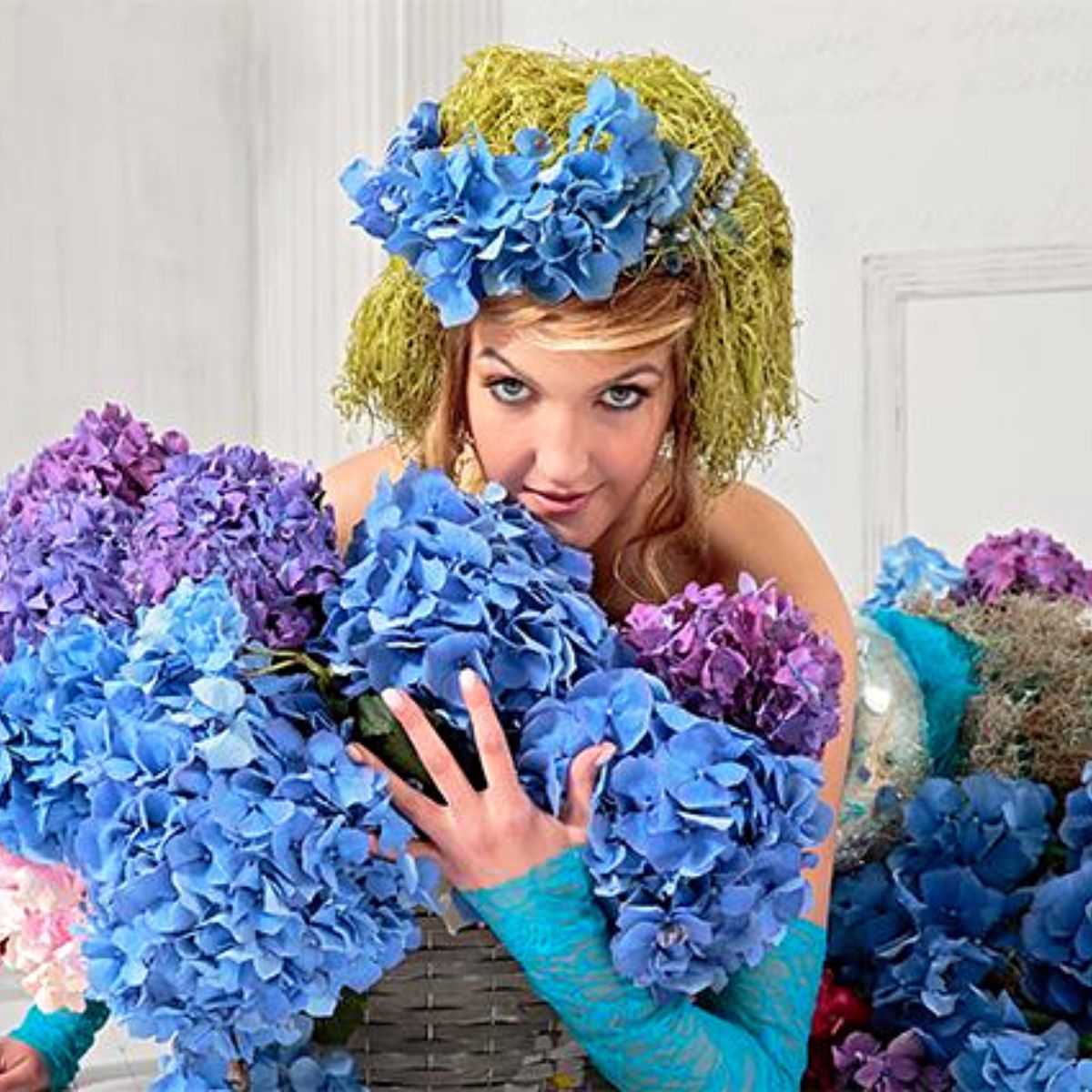 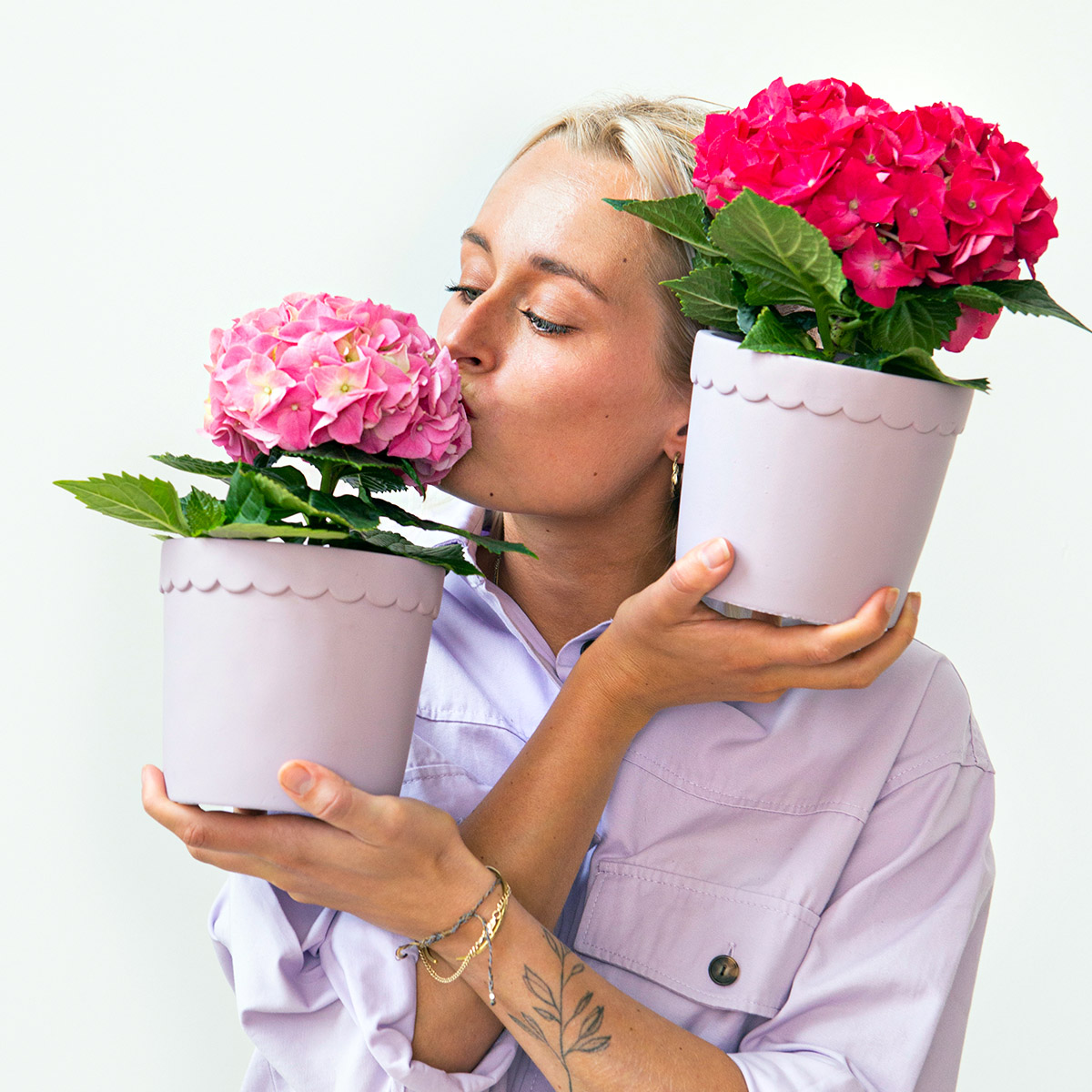 Houseplants News
The Indoor Hydrangea Promotion Campaign Has Started Focus for HydrangeaWorld is on consumers and specialist trade in the Netherlands, Germany and Poland.
Jan 13 | 2 min read 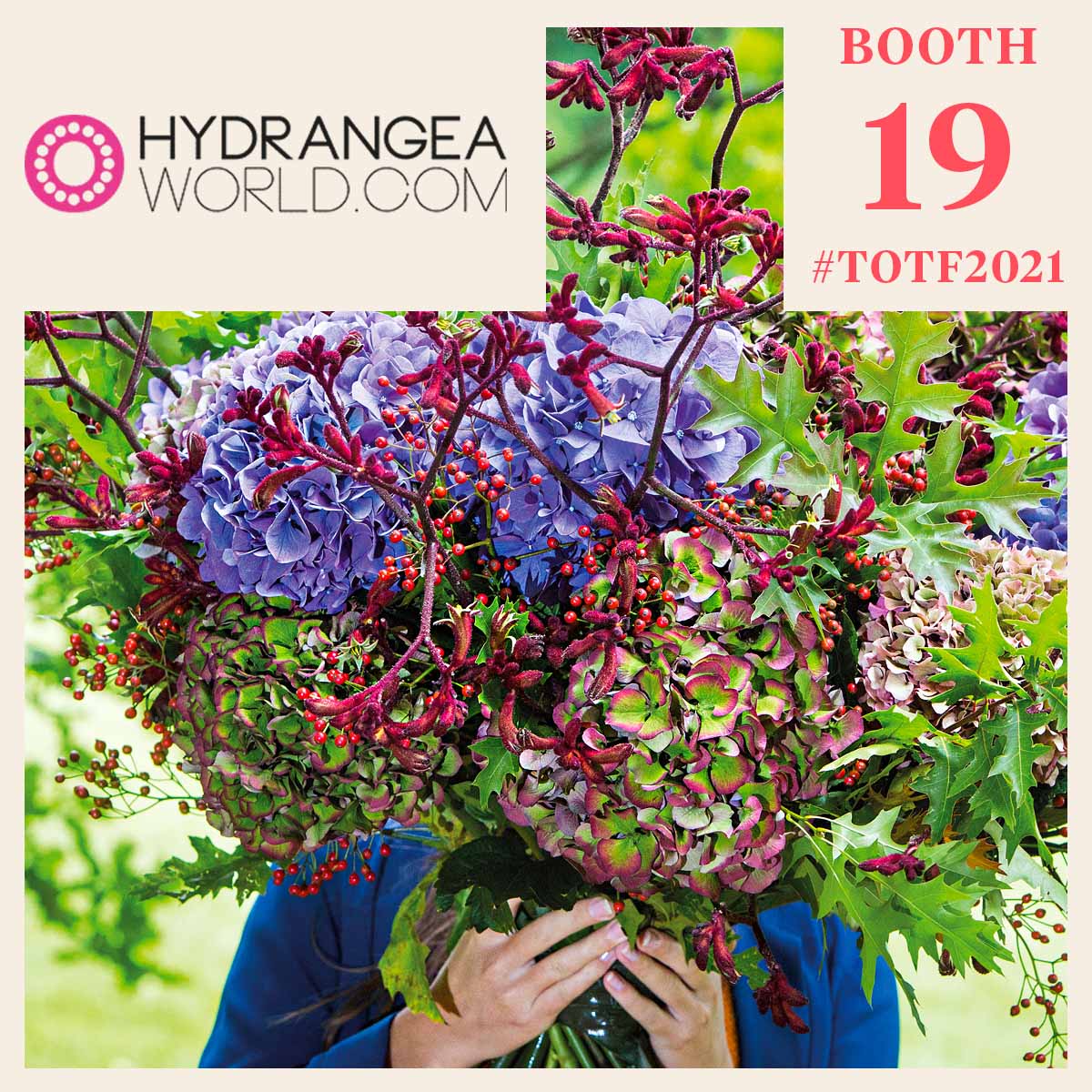 Events
Classic Hydrangea Spices Up Your Floral Event Let yourself get wowed by the beautiful unique colors of classic hydrangeas.
Oct 28 | 2 min read 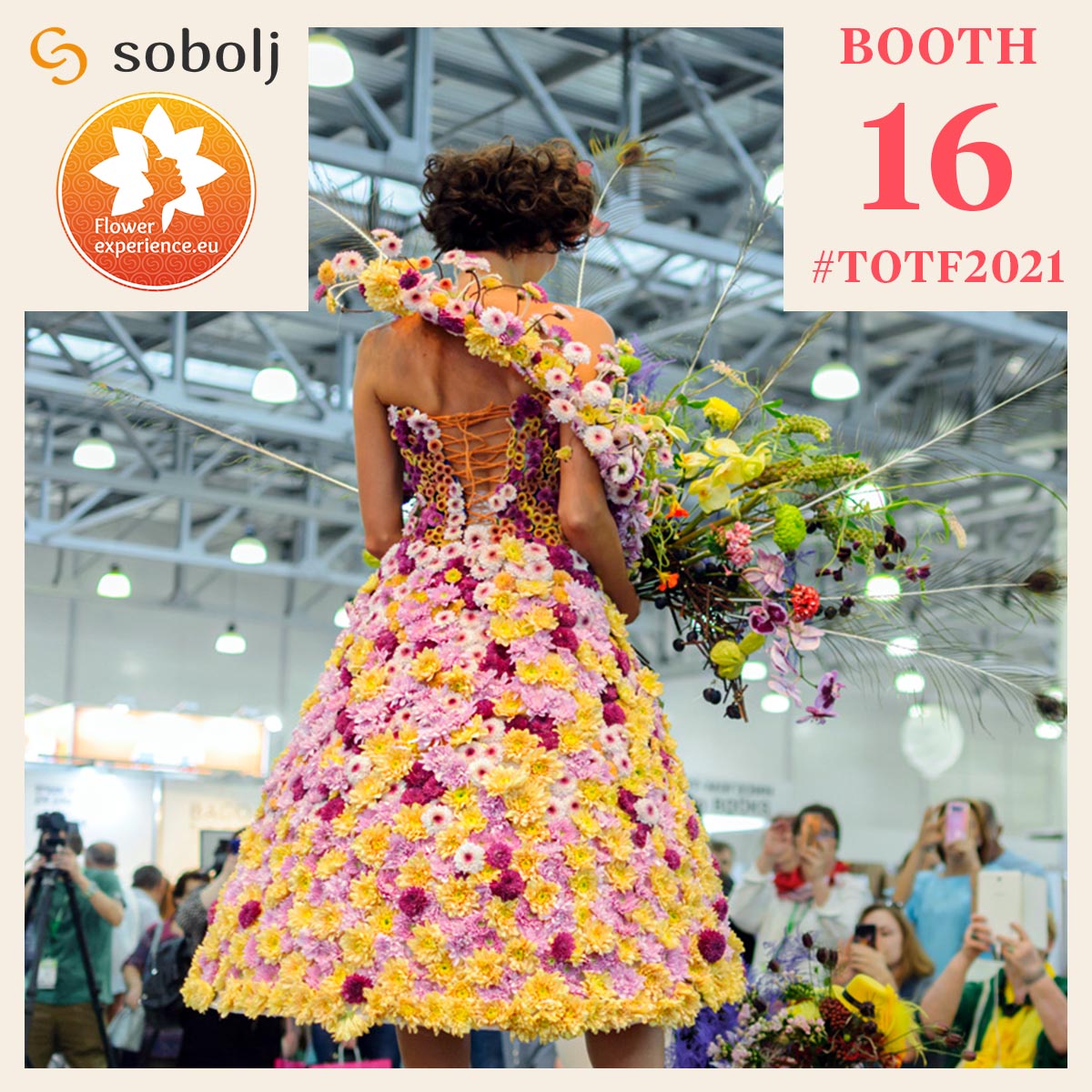 Events
Make Your Product Stand Out With Sobolj and Flower Experience Experience marketing, communication, and networking in the Russian market.
Oct 28 | 2 min read
ALL ESSENTIALS ALL FLORISTS ALL PRODUCTS ALL GROWERS ALL BREEDERS ALL TRADERS