Dusting off a quaint theme by reinterpreting a waterfall bridal bouquet. 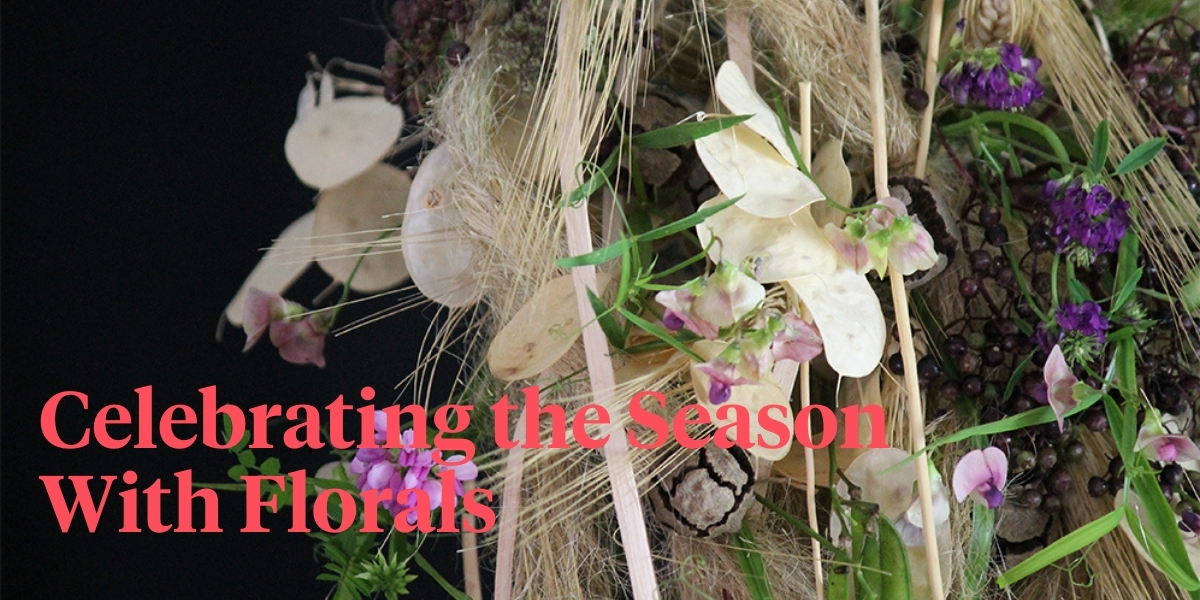 The flowering of colchicum is a harbinger of fall. But there is another magical moment that symbolizes autumn. It's harvest time. This coincides with the last weddings of the season.

This is a very little exploited floral theme because it is very often associated with an outdated style with dry and dull wheat ears. However, in many communities, this moment is associated with joyful festivities that showcase abundance, femininity, and joy. 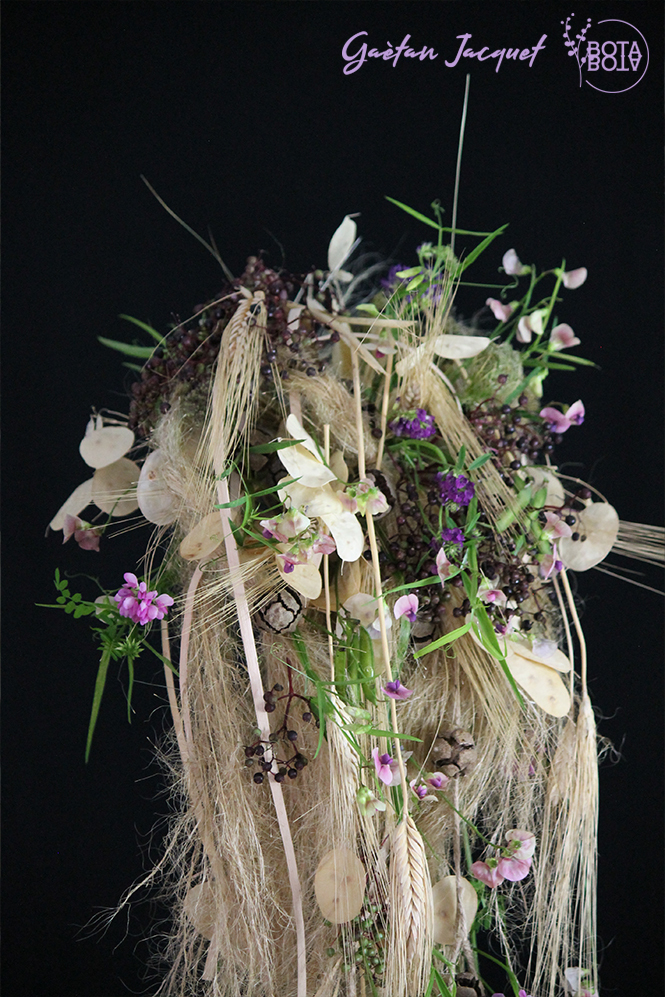 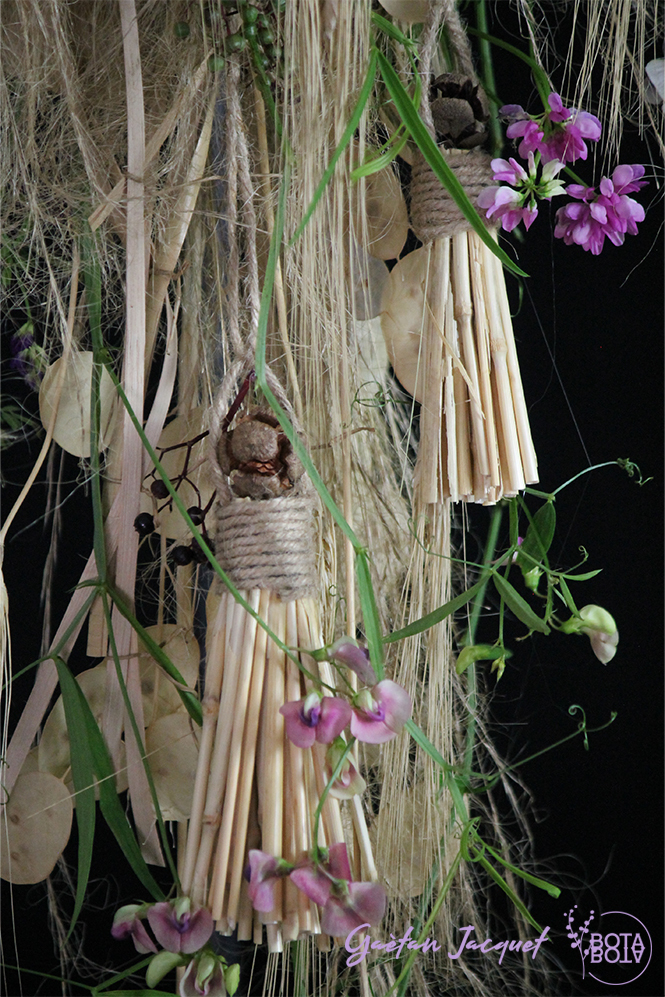 We all remember those dusty bunches of wheat sitting on top of an old dark wood cabinet that is probably held in place by this yellowed lace doily, connected by cobwebs. I chose to completely dust off this quaint theme by reinterpreting it in a waterfall bridal bouquet, which is also a theme to dust off. It was after a long discussion with a friend and fellow French florist, during which we broached the topic of mixed media that the idea arose.

The Marriage of Two Techniques

For this, I chose two techniques that have faced each other for years without ever getting married. These techniques are those of assembly and stitching on posy oasis. Stupidity? Not a window into endless possibilities. Far from me the idea of ​​technical blasphemy. On the contrary, the marriage of a certain technique opens up new perspectives. And offers a boost to techniques that are too often shunned because "outdated". 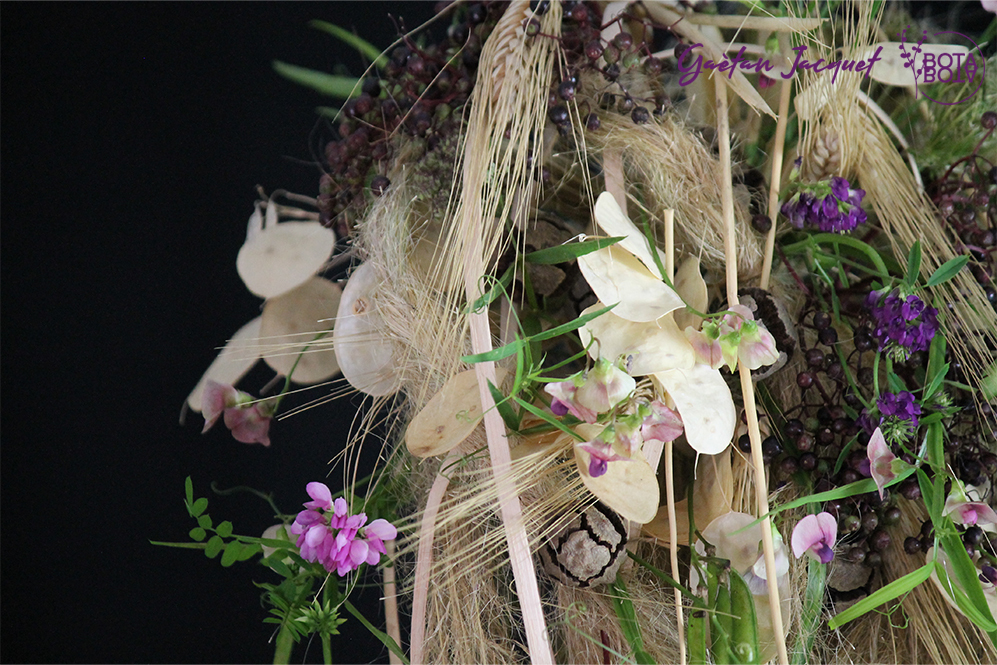 The Image of the Harvest Season

As for plants, I wanted to transcribe this bucolic image of a wheat field blonded by the sun, bordered by compact hedges of cypress and elderberry trees, in which blackbirds gorge themselves with juicy fruits. In this large fair field, scattered a multitude of wild grasses on which slender wild sweet peas climb. 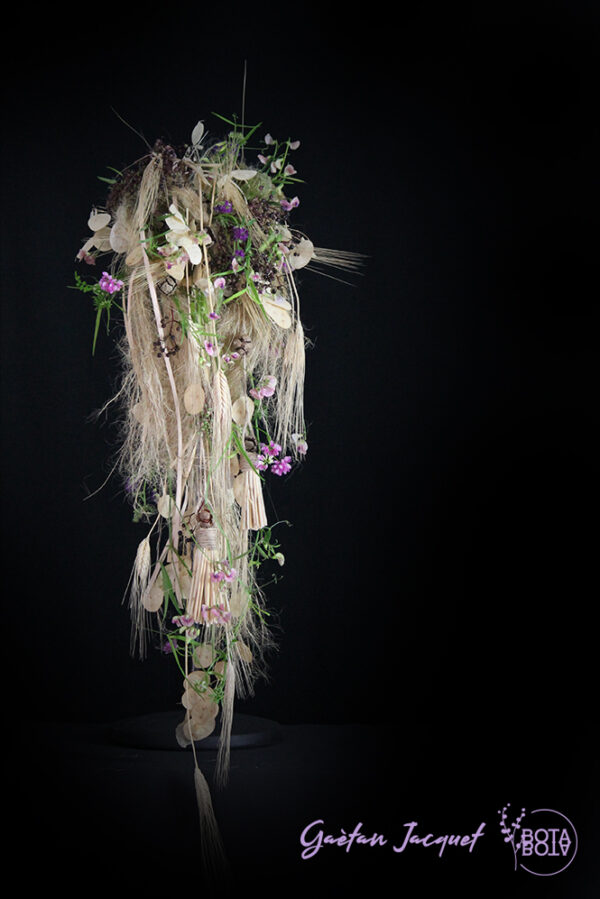 I have worked on many plants such as stypas, the pope's currency or lunaria, but also some elderberries. Certain style elements are visible but nonetheless discreet such as the babies made with the stalks of wheat and a cypress apple or the braids of stypas. Have a good end of summer and long live autumn.
Floral designer harvest season fall floral design 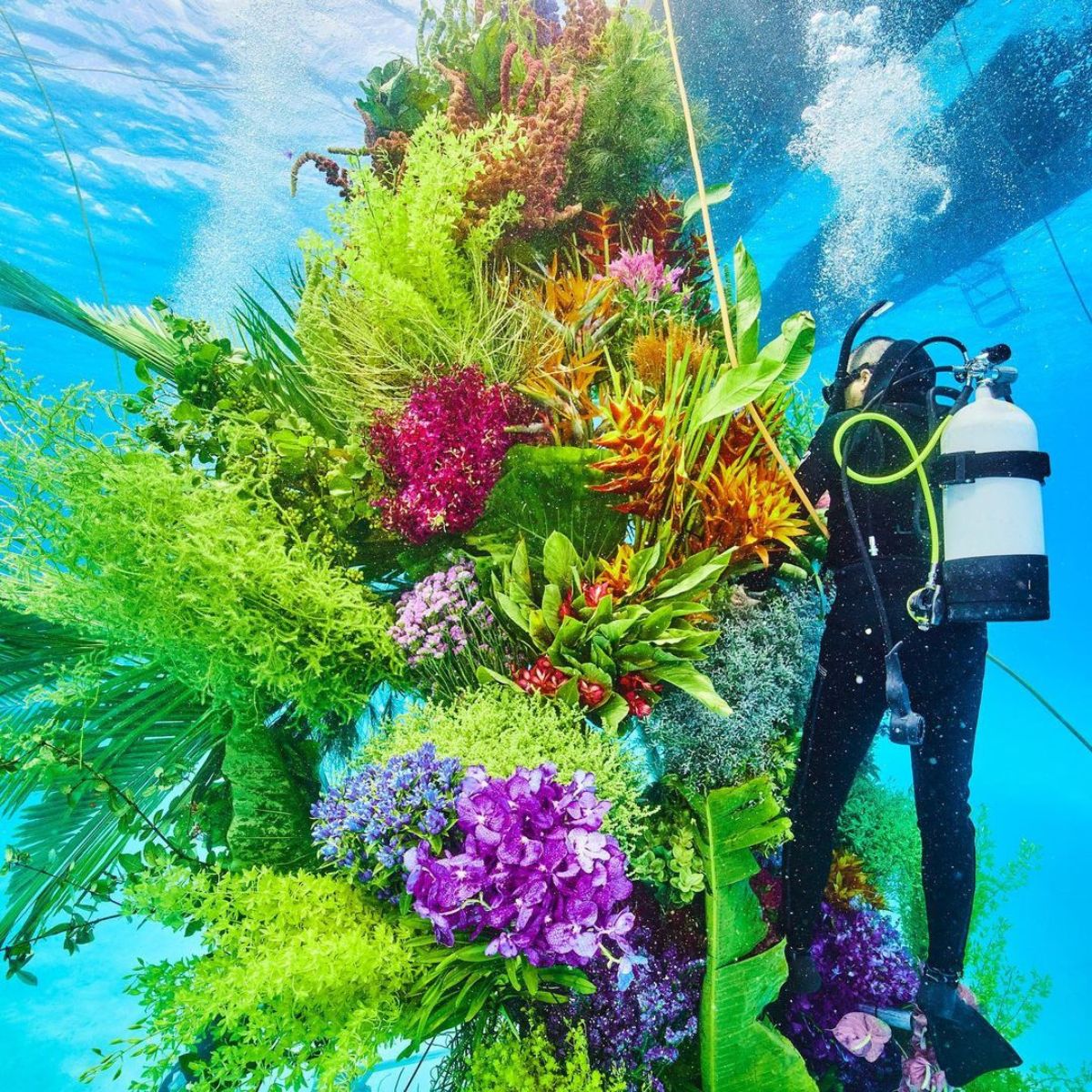 Art Floral Designers
Get Submerged into Azuma Makoto’s Latest Botanical Sculpture in Japan’s Deep Sea What can we find under the sea? A recent floral treasure created by a Japanese flower artist of course! This design is trending and definitely a must-see.
Sep 28 | 3 min read 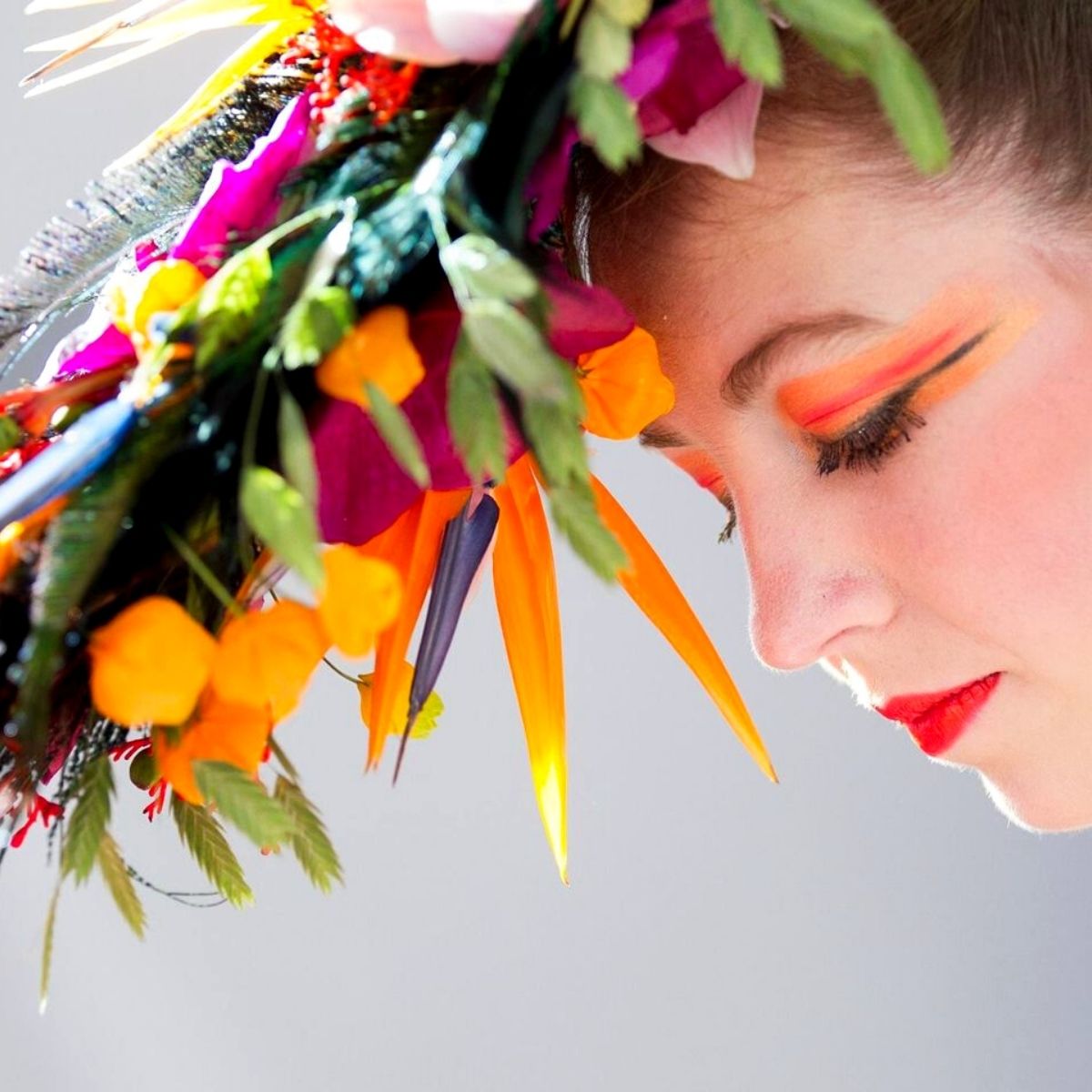 Floral Designers Interviews
A Floral Interview With Esther Weijenberg - Dutch Junior Champion A young florist, full of ambition: "The time was right to participate in this big challenge for me, ready for the competition."
Nov 18 | 6 min read 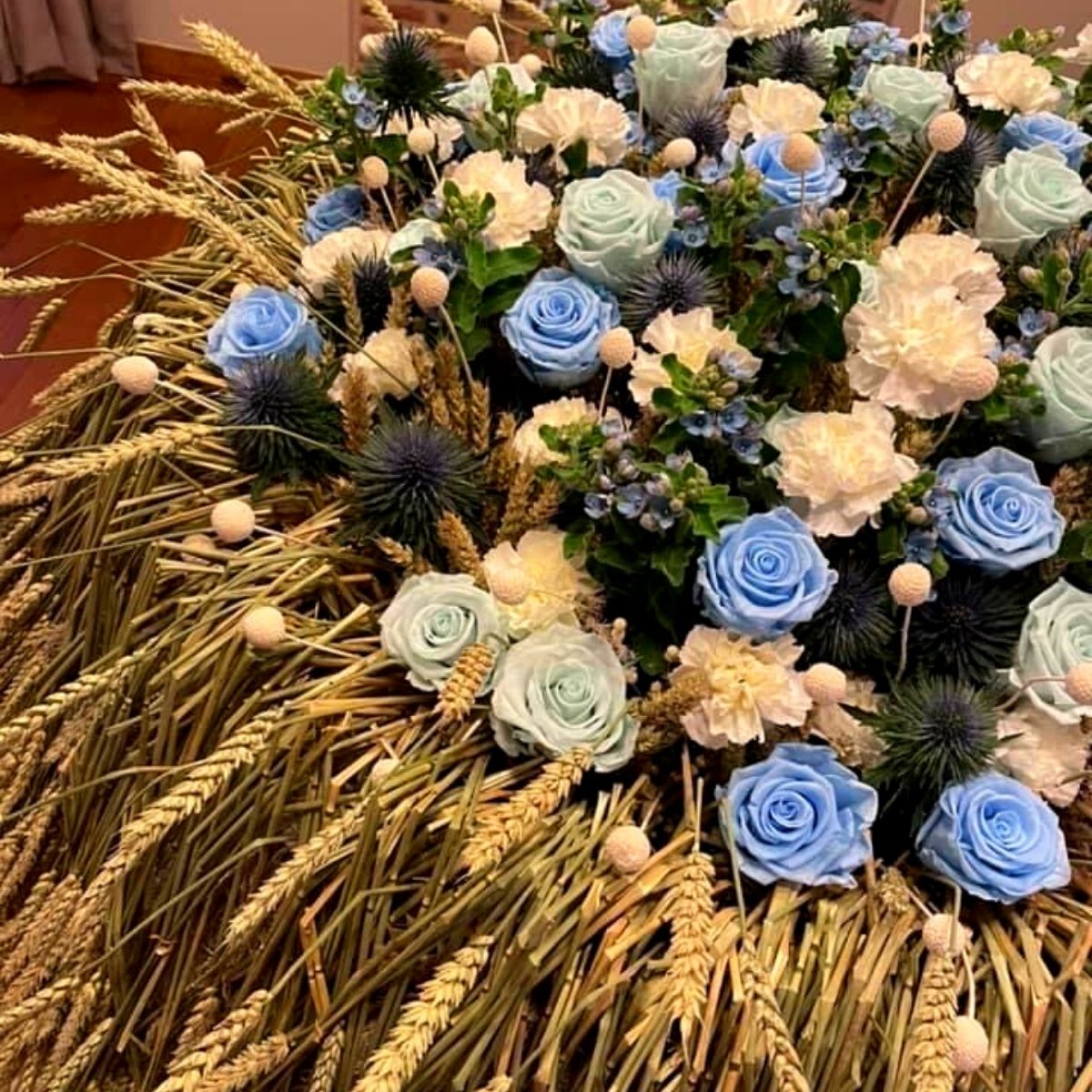 News Dried Flowers
Chantal Post Dares to Combine Fresh Flowers With Dried and Lulu Eternal Roses After checking how preserved flowers actually get preserved Chantal knew for sure she would combine the fresh, dried, and eternal in one design.
Nov 11 | 2 min read 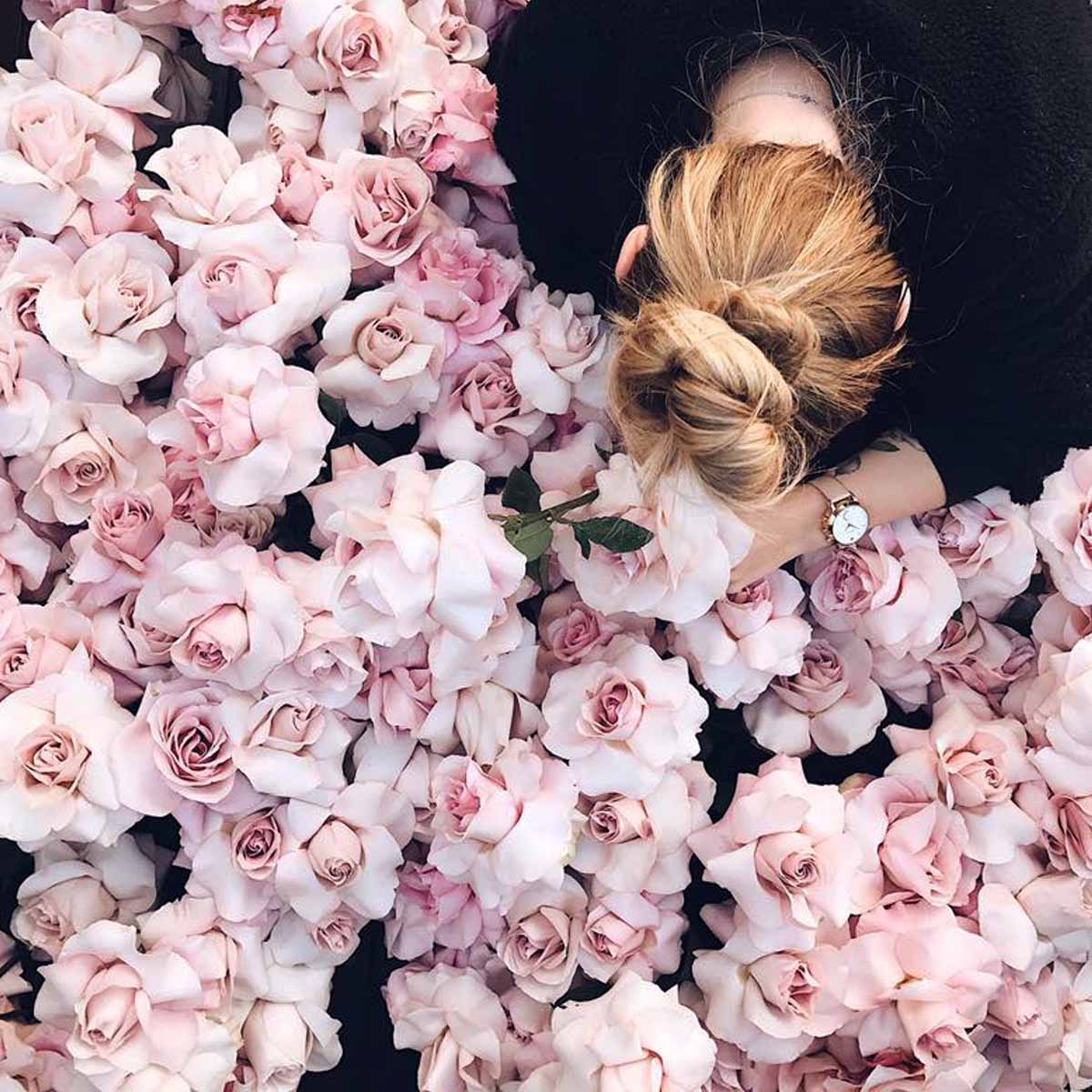 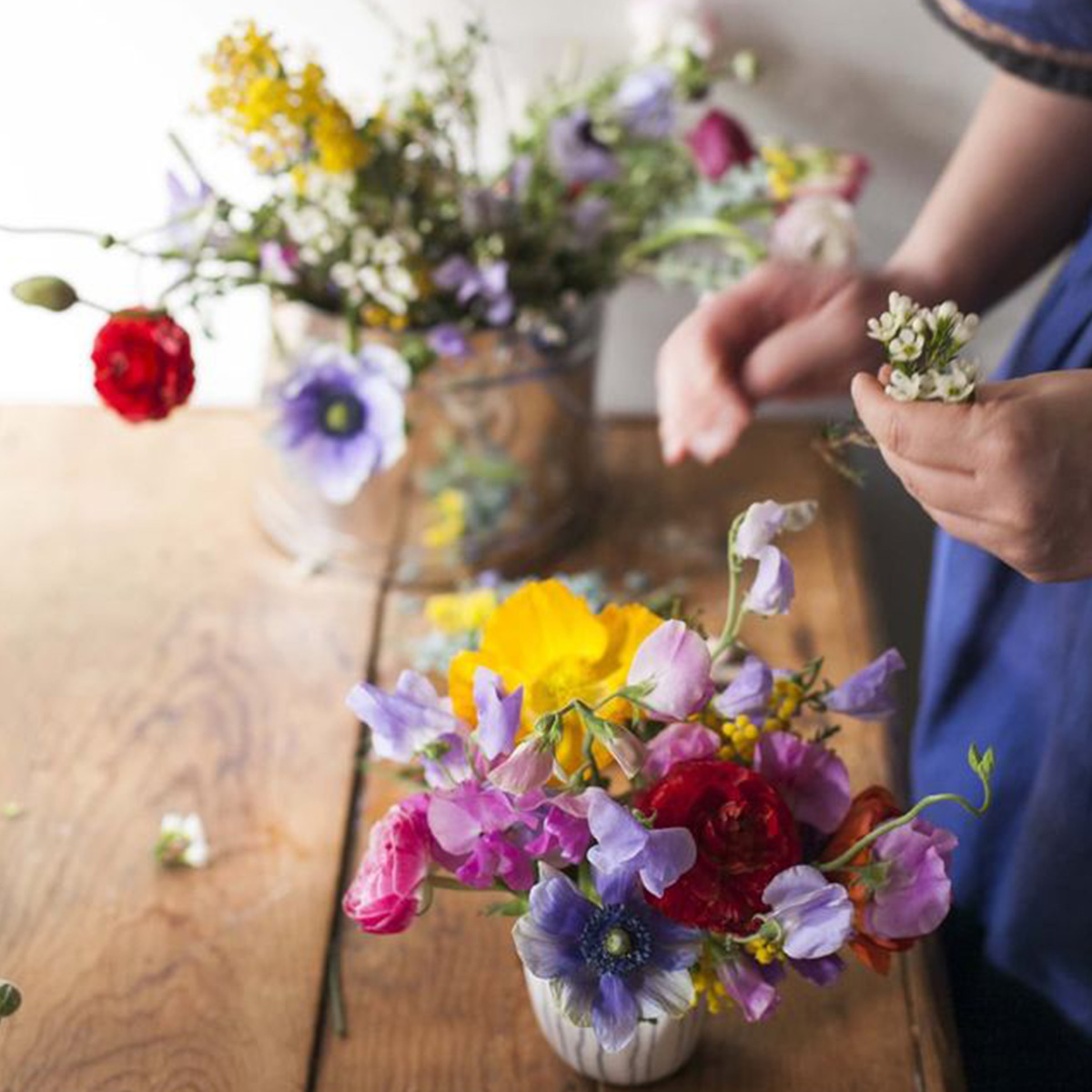 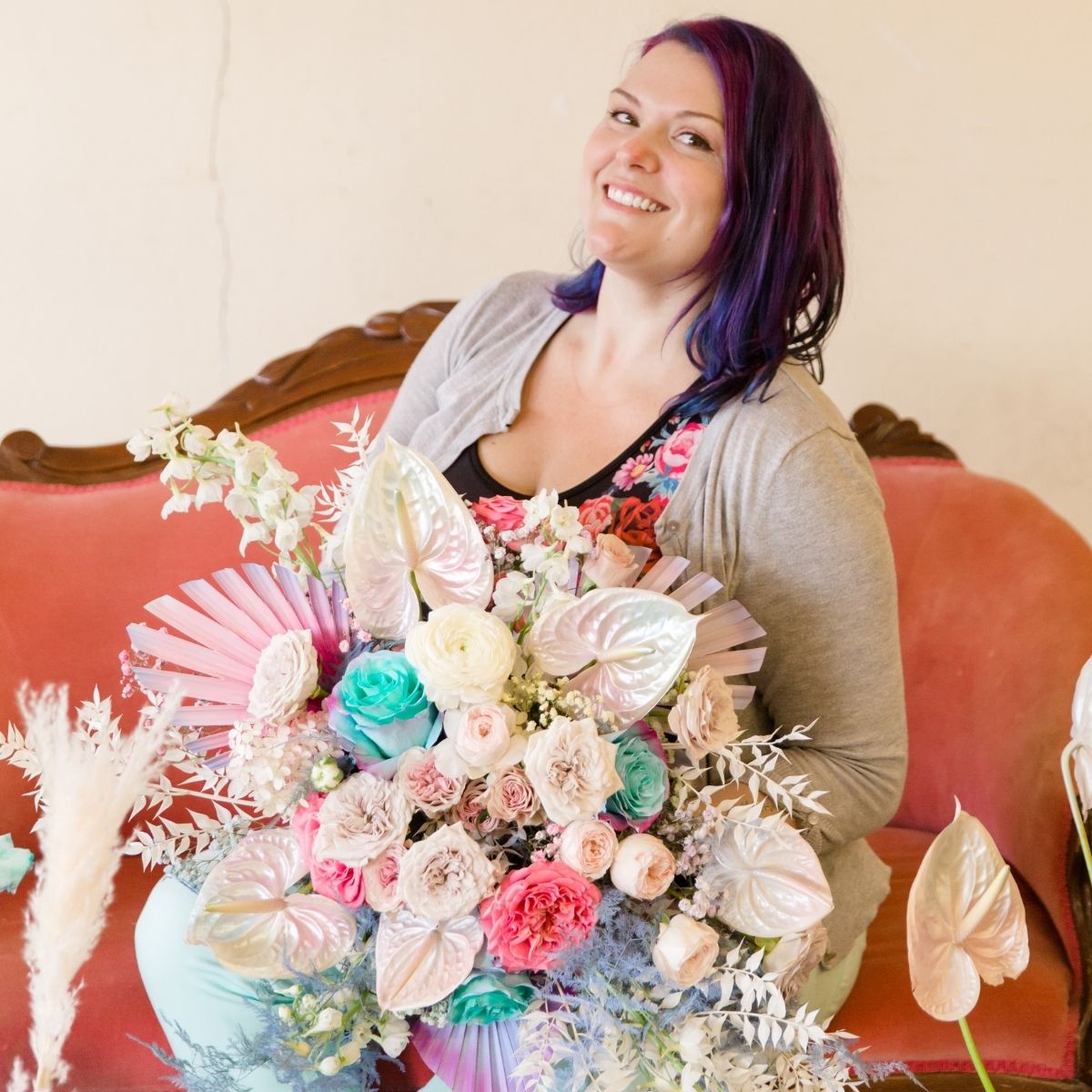 News
A Floral Interview With Erin McLarty of Eden's Echo Inspired by the wonderful, warm, and creative people of the floral industry
Jun 23 | 9 min read
ALL ESSENTIALS ALL FLORISTS ALL PRODUCTS ALL GROWERS ALL BREEDERS ALL TRADERS