"Many florists ask for them specifically. They use them from everyday work to high-end weddings." 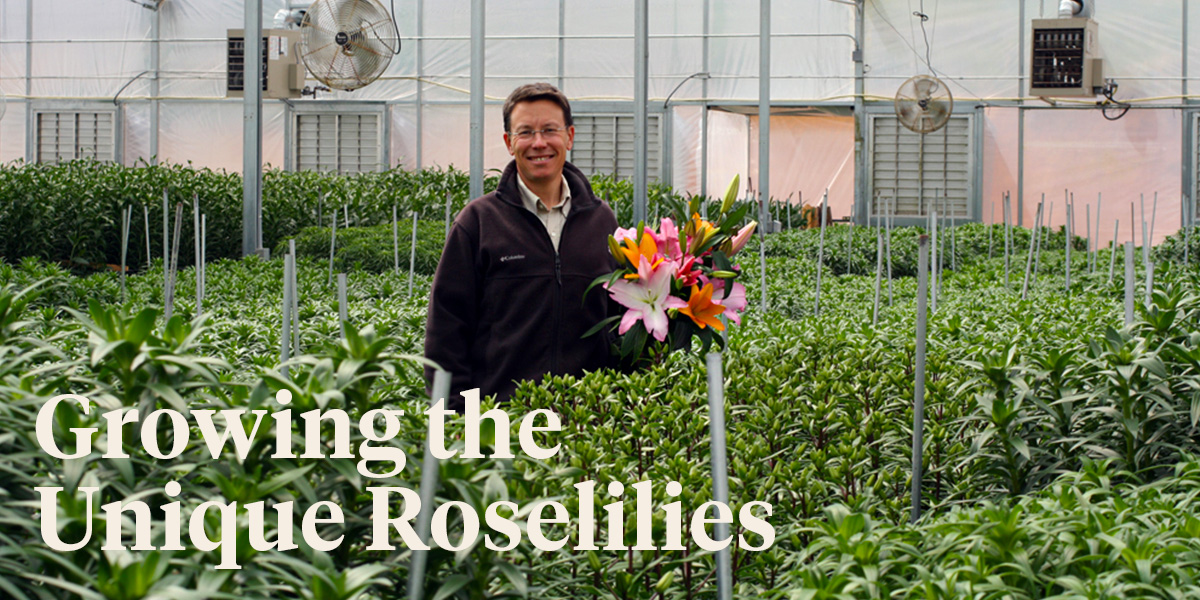 Sarah & Michael’s Farm in Durham, NC, USA is an environmentally conscious grower of lilies, growing year-round and harvesting six days a week. Since 2013 they are also producing roselilies. Why and how? Let's find out in an exclusive interview with owner Michael Turner.

Originally, Sarah & Michael’s Farm grew multiple flowers, some seasonal or outside. Over time, Michael saw a need for lilies, which don’t ship well because they are fragile and must be harvested early. Now the farm grows mostly lilies and roselilies, and some celosia and snapdragon (botanical name: antirrhinum).

Managing the farm is a huge task: staff plant extra bulbs for holidays like Mother’s Day two months in advance and place bulb orders over a year in advance. During the spring, about 5,400 bulbs a day are planted. The lilies grow in crates in greenhouses with controlled heat, airflow, and humidity. No spray is needed for pests or diseases. In the summer, Michael selects lily varieties that do better in heat. He grows both Asiatic lilies (more brightly colored) and Oriental lilies (more perfumed smell), and five varieties of roselilies. 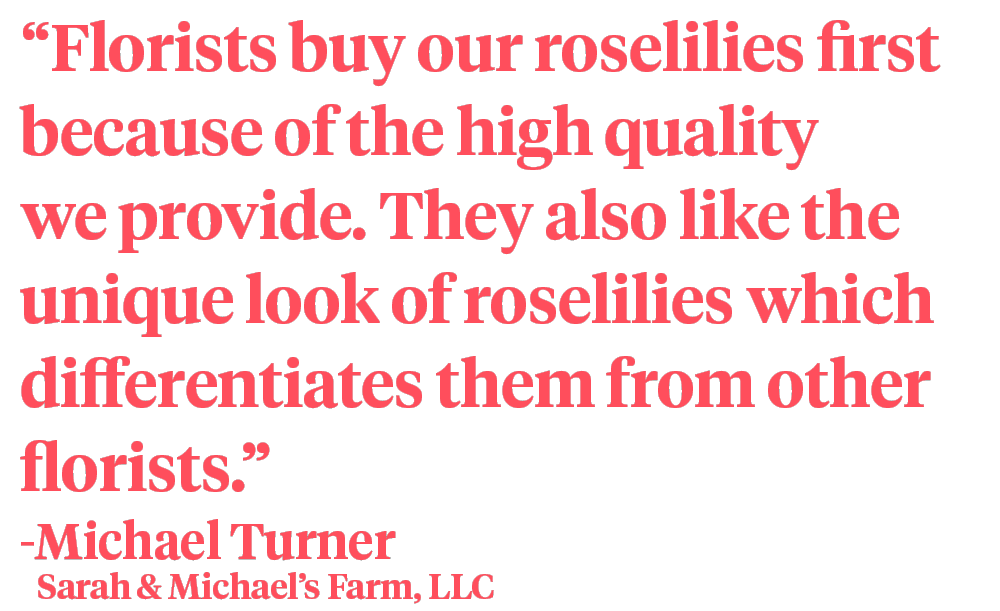 The Interview With Michael

We spoke with Michael Turner, the farm owner, about his business and, in particular, the striking assortment of roselilies. Roselilies are a hot item these days, so how does this go in the US?

Q: Can you tell us something about the history of the nursery.

"Sarah & Michael’s Farm was founded in 1997. It began as a seasonal outdoor cut flower business. I started growing lilies in our first greenhouse around 1999, and by 2008 I was exclusively growing lilies.

At the moment we grow roselilies and Asiatic and Oriental lilies as well as snapdragons and celosia. We focus on a very high-quality lily for the top end of the market."

Our current status is that sales have been strong, and they are still. Demand is good, coming out of the pandemic. 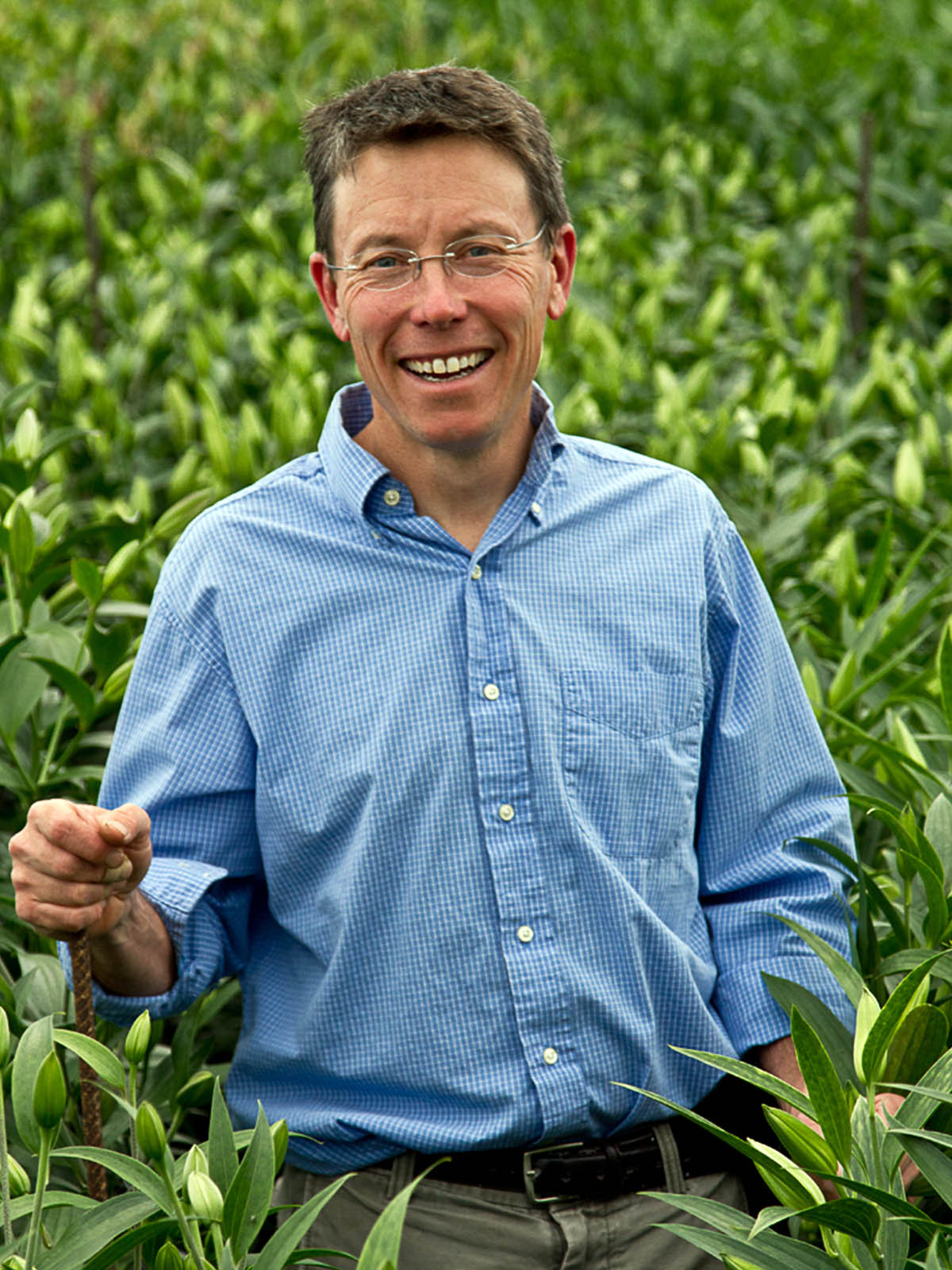 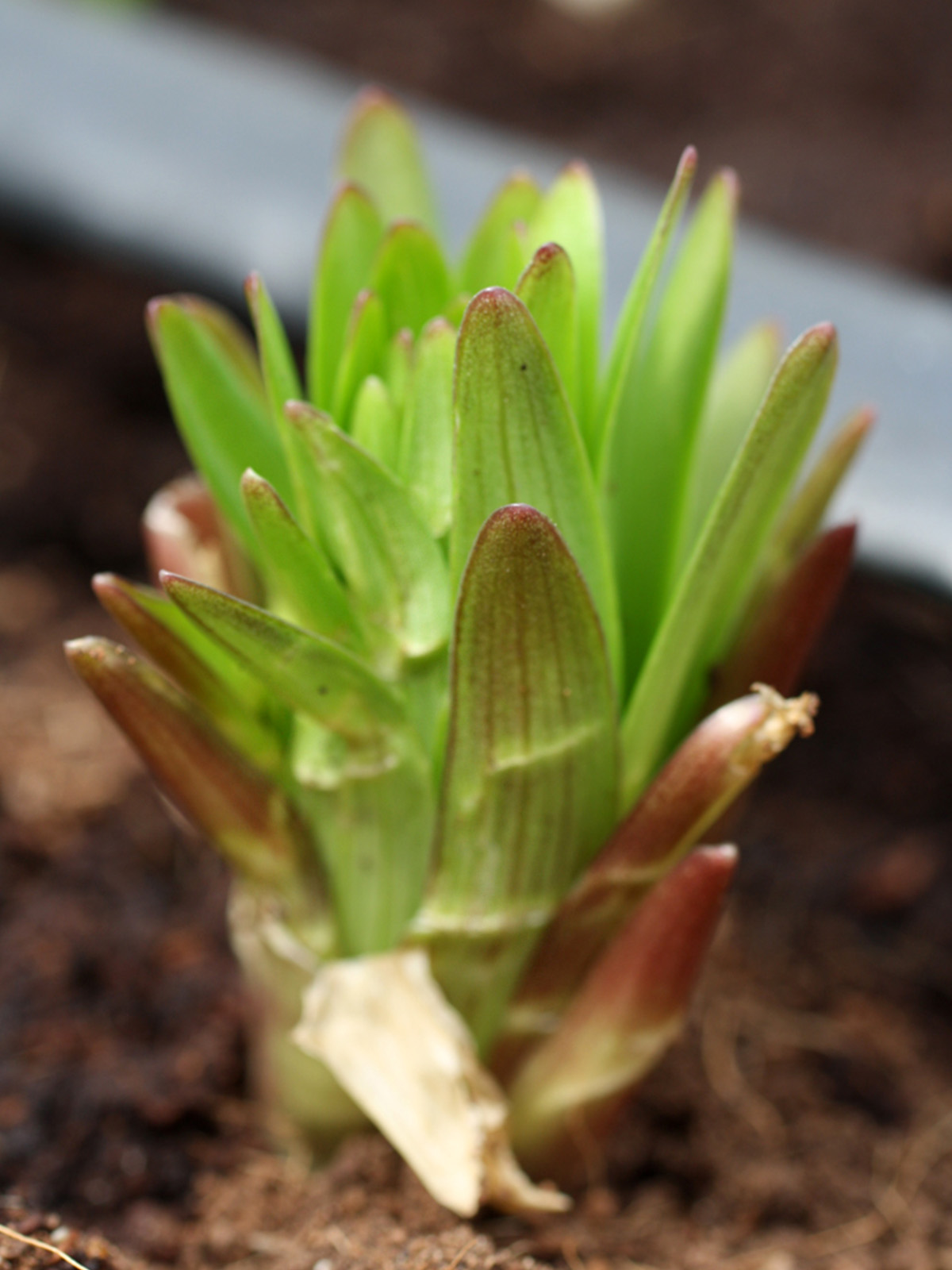 Q: Why did you choose to grow roselilies in particular?

"I started growing roselilies in 2013. I found it a new and exciting flower. And I still think they are very exciting. They are unique to the market, and of much higher quality than previously the double oriental lilies. Roselilies are mostly pollenless which is a huge plus."

Q: Which varieties of roselilies do you grow?

"Currently we are growing Roselily Aisha, Angela, Anouska, Ciara, and Viola, all as cut flowers. Their production is similar to other orientals, but what I really find beautiful about roselilies is that they distinguish themselves with their very unique look, plus the fact that they have no pollen." 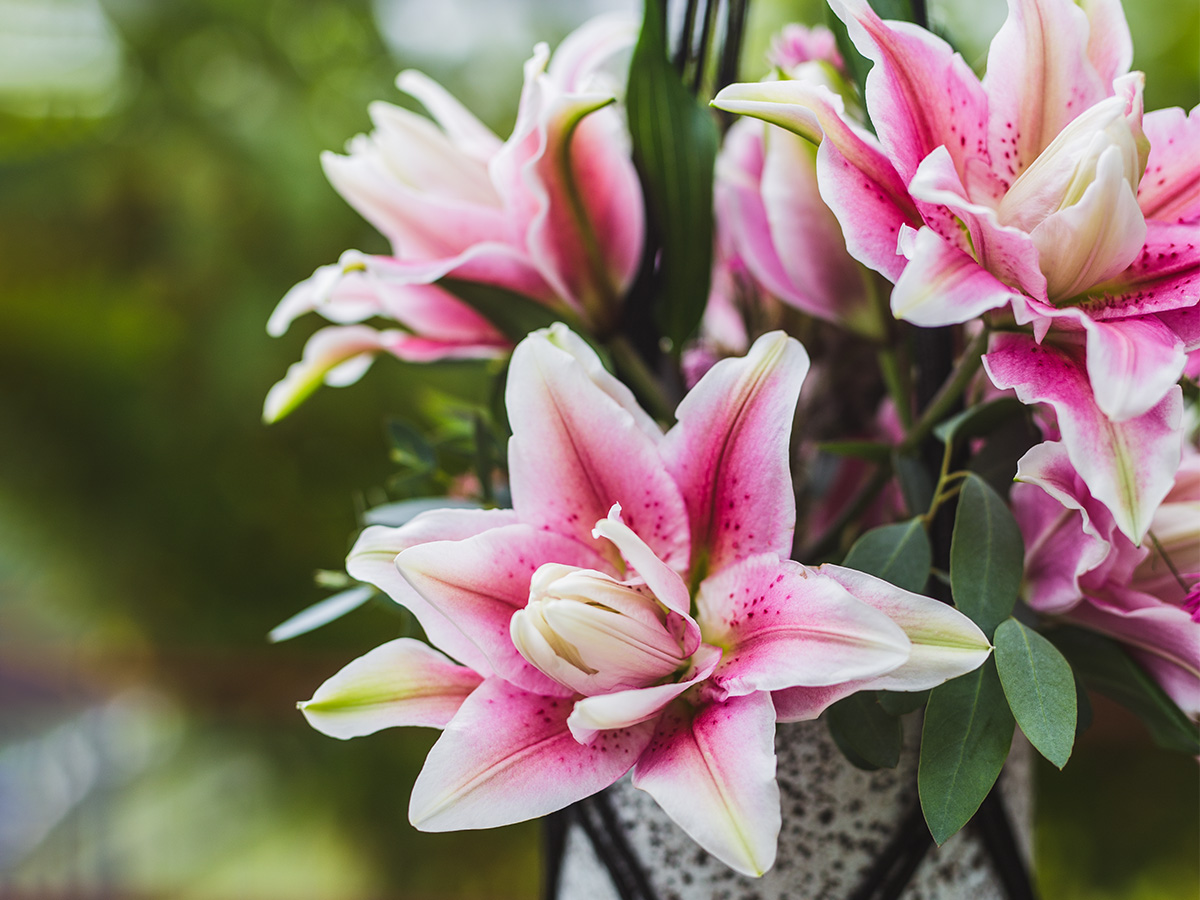 "We sell our roselilies directly to florists and grocery stores throughout the Southeastern US. Many florists ask for them specifically. They use them from everyday work to high-end weddings. Roselilies seem to have become a niche of Oriental lilies in general – not replacing Orientals but an important segment of those sales.

Florists buy our roselilies first because of the high quality we provide. They also like the unique look of roselilies which differentiates them from other florists." 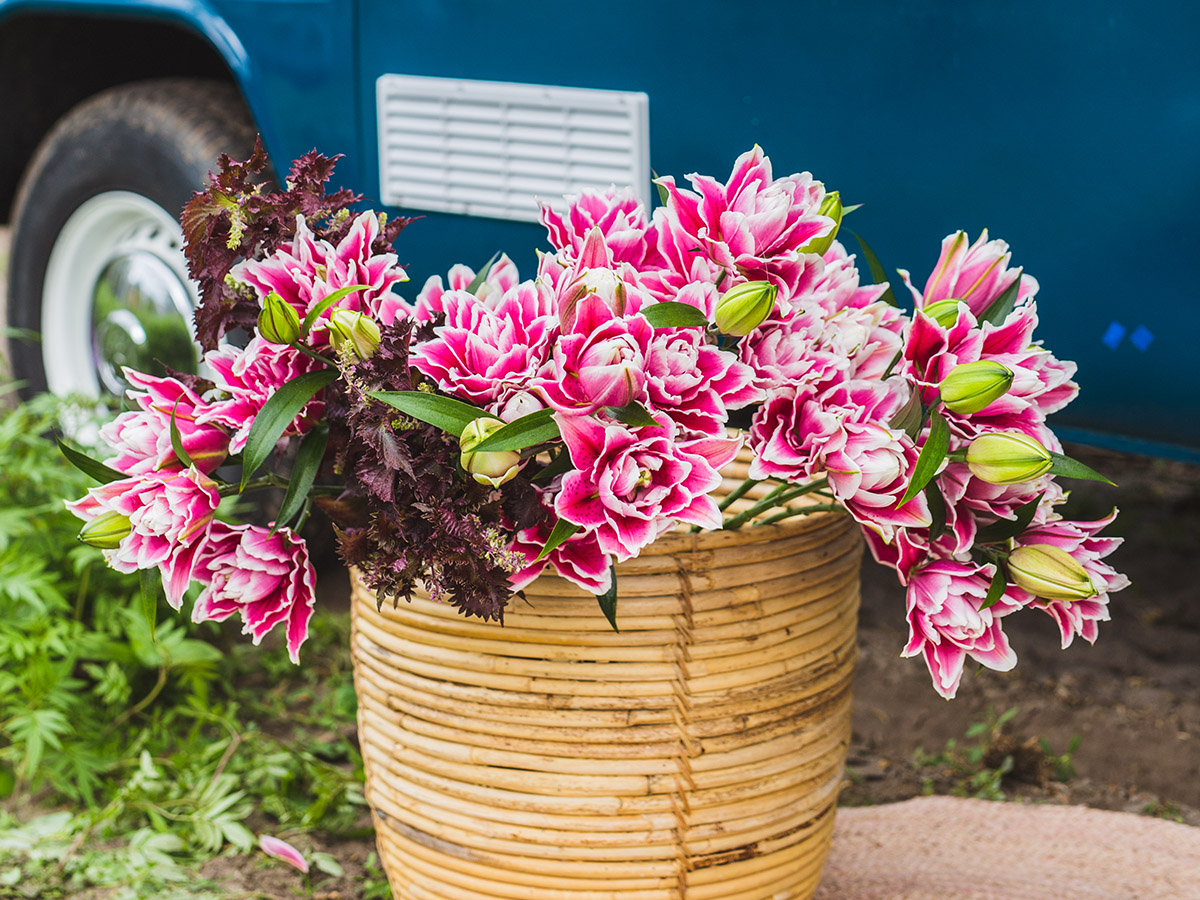 With the growing interest in unique flowers, the sheer beauty of roselilies, and the pollen-free specs of these flowers, it looks like Sarah & Michael's Farm made not only a conscious but also a clever decision when they started growing these pretty flowers back in 2013. With careful planning and attention, Michael keeps a steady supply of roselilies coming. You might surely say that Michael Turner is a happy grower these days, ready for more success with his roselilies. 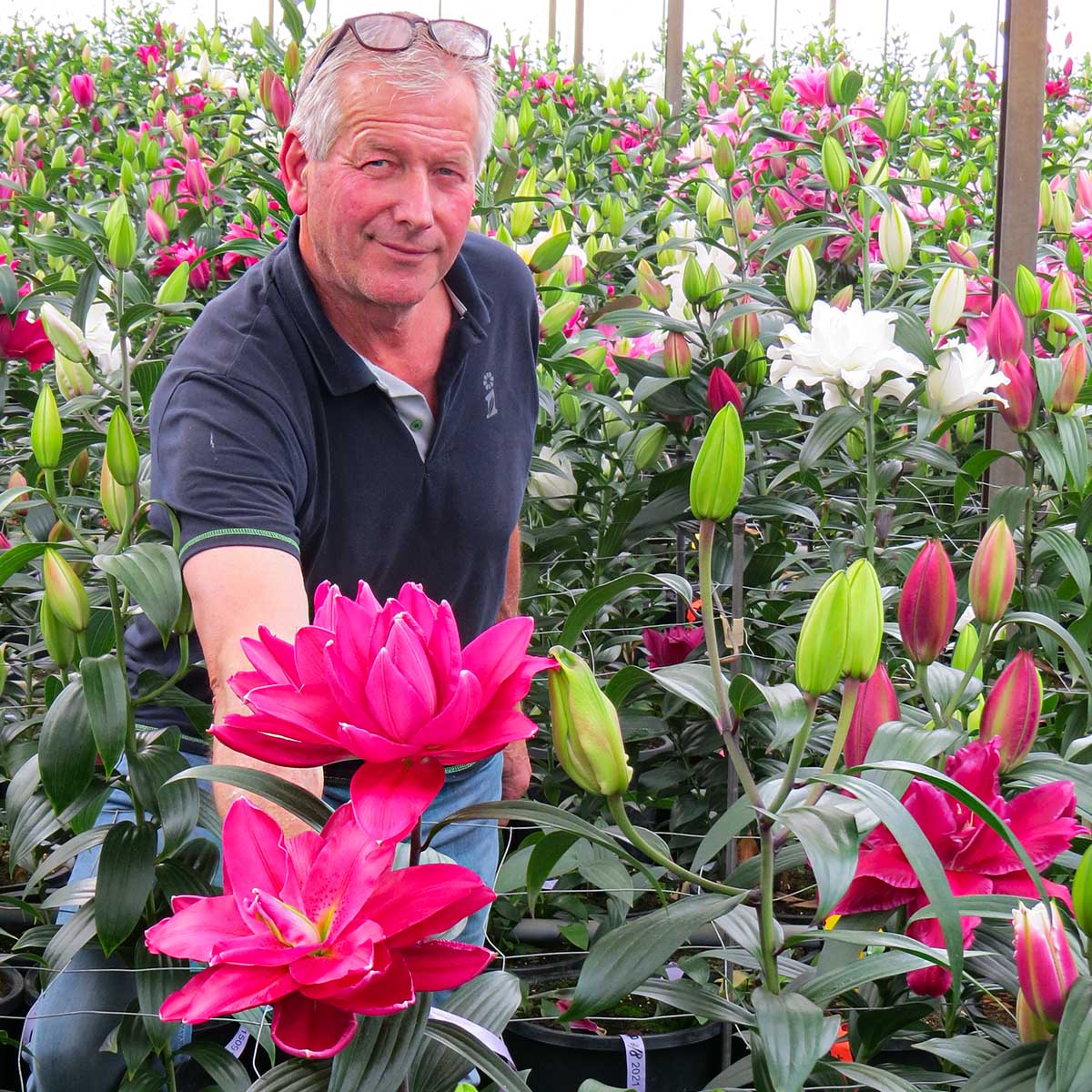 Flowers
A Wonderful Twist of Nature Resulted in a Roselily at Breeder De Looff Lily Innovation How big were the odds that one day we could buy a double-flowered oriental lily with a mild fragrance and no pollen? And what's next?
Jun 23 | 8 min read 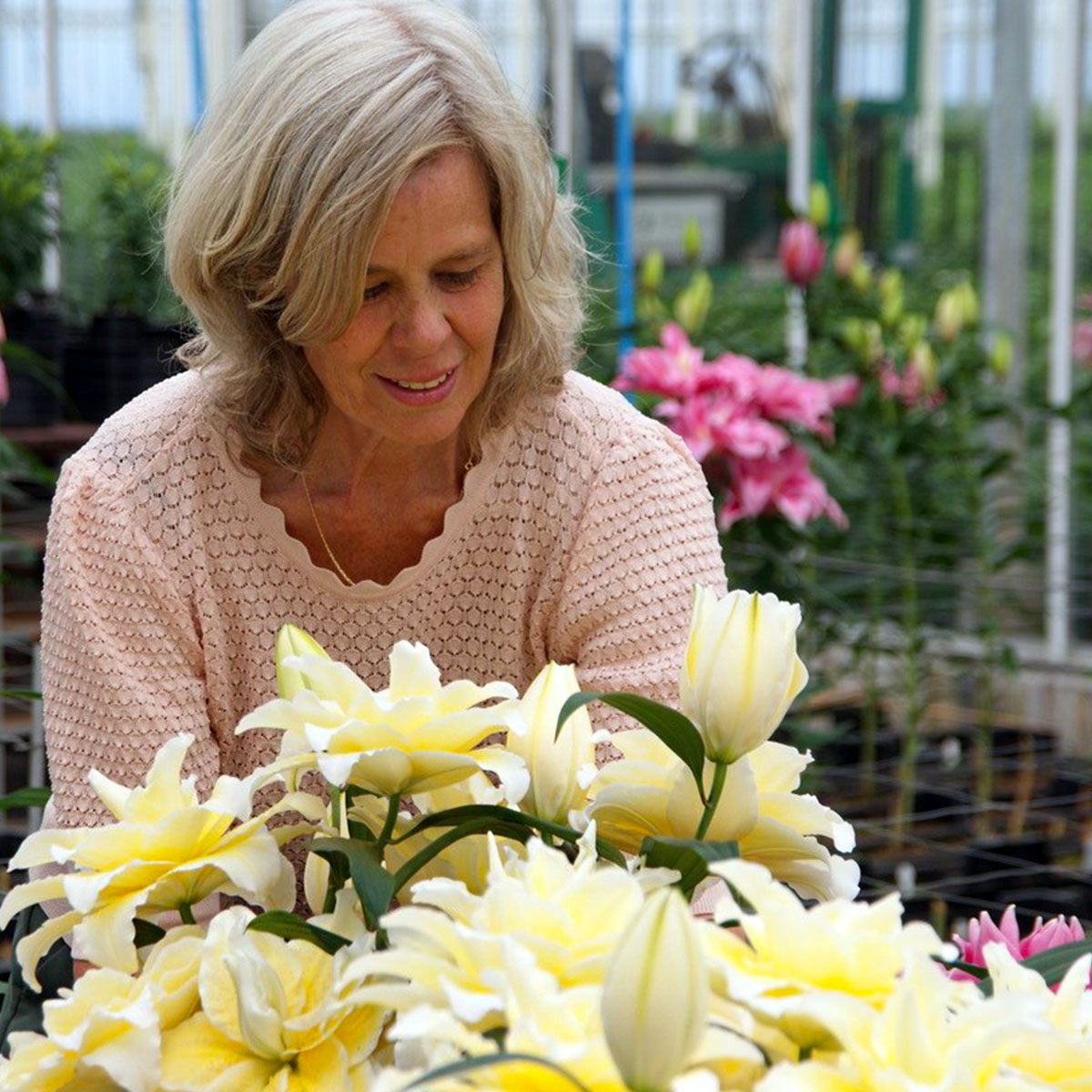 Floral Designers
Dutch Miss Lily Dorien van den Berg Is Passionate About Roselilies How the floral designer from Natural-Styling has come to love flowers in general, and roselilies as one of her favorites.
Jun 15 | 4 min read 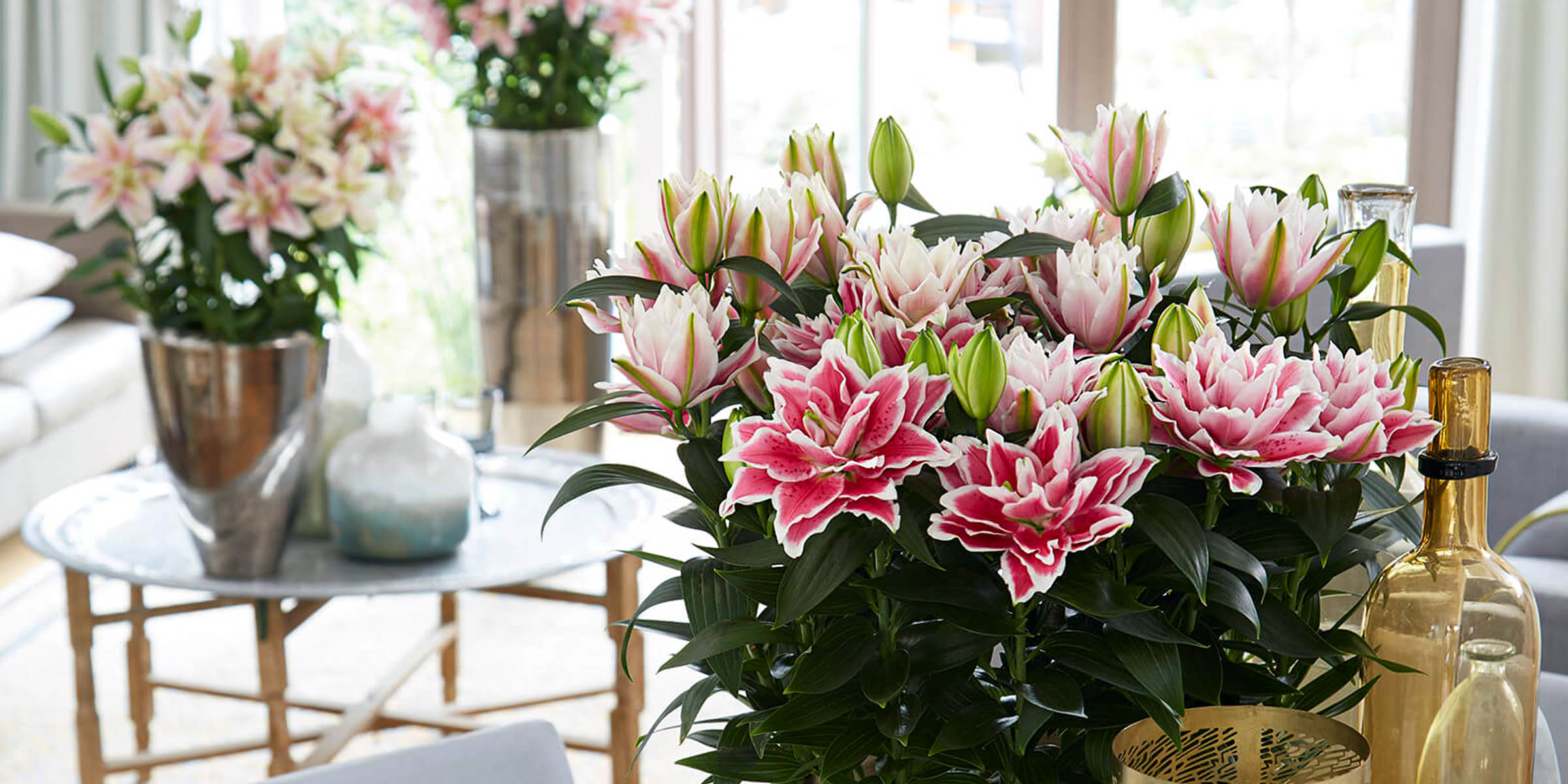 Houseplants
Roselily as a Plant - Two Beautiful Flowers in One All you need to know about this unique pollen-free double-flowered roselily plant from Decorum grower Van Schie that opens beautifully like a rose.
May 17 | 3 min read 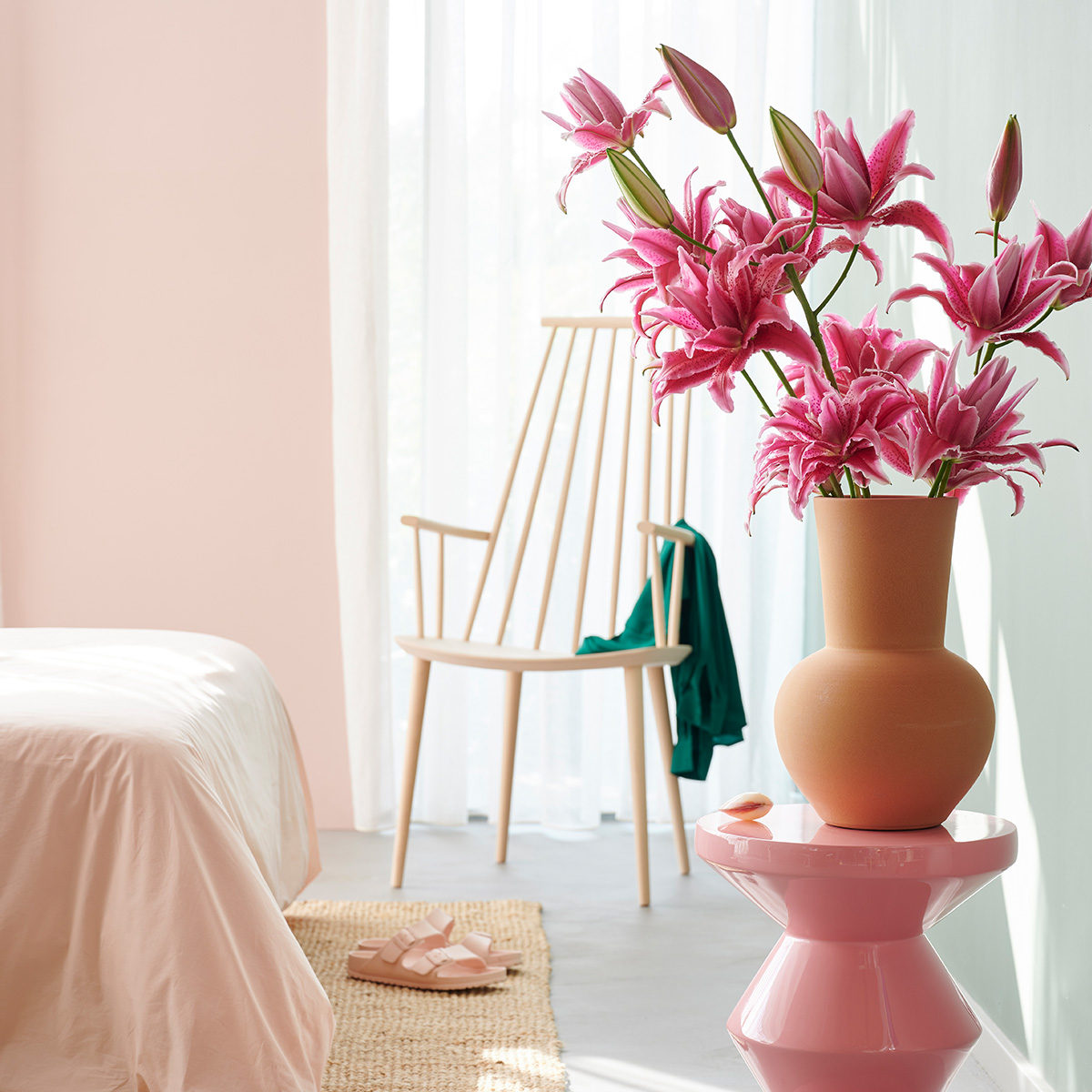 Flowers
Roselily, the Double Showstopper Why this is considered a revolution in floriculture.
Jul 22 | 3 min read
ALL ESSENTIALS ALL FLORISTS ALL PRODUCTS ALL GROWERS ALL BREEDERS ALL TRADERS