Mistletoe – The Legend of the Famous Kissing Plant

Kissing under sprigs of mistletoe is a well-known holiday tradition, but this little plant’s history as a symbolic herb dates back thousands of years. 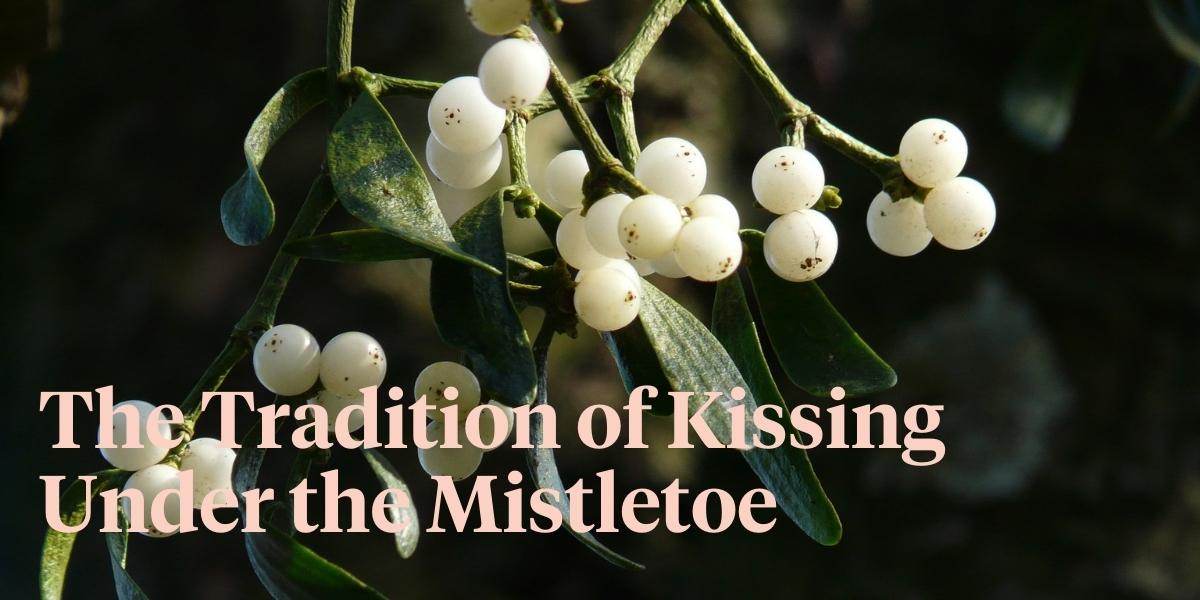 Mistletoe has been used as a Yuletide decoration for centuries. The dark green, oval-shaped leaves and white berries of this plant symbolize peace and love. From Harry Potter’s first kiss to Justin Bieber’s holiday tune, kissing under the mistletoe is everywhere in pop culture. But this Christmas tradition — that if you’re standing under the leafy plant, it’s time for a smooch — existed long before it ever appeared in movies and pop songs.

Why Do We Kiss Under the Mistletoe?

While historians are uncertain about why kissing under the mistletoe started, there is a general consensus regarding when and where the custom began, and how it became popular during Christmastime. 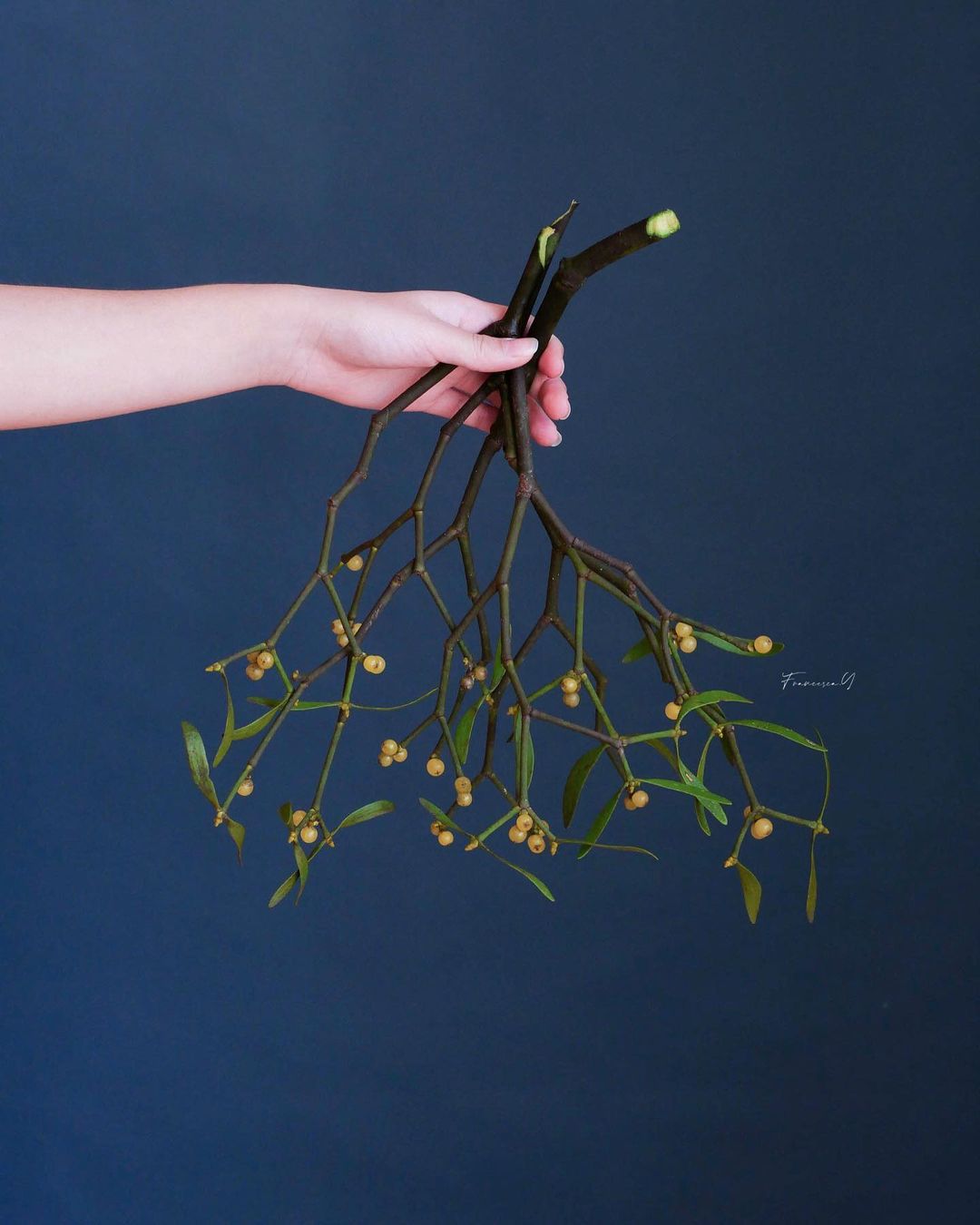 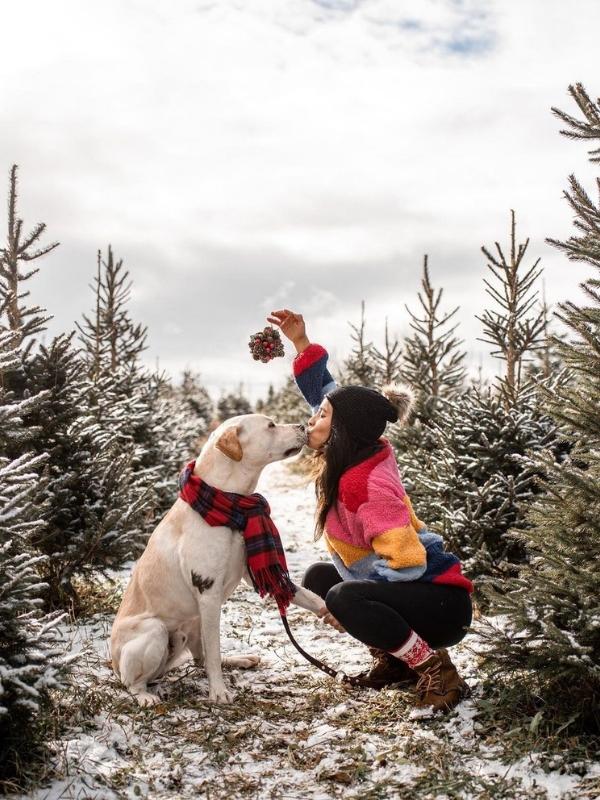 Mistletoe, also known as birdlime, all-heal, golden bough, drudenfuss, iscador and devil’s fuge, is an evergreen plant that grows on trees, with small, white fruits and pale yellow flowers. The European variety grows in temperate regions all over the world. There are also several species in America that thrive in the deserts in the Southwest, where they live on palo verde, mesquite, juniper, pine, and other trees.

Kissing under sprigs of mistletoe is a well-known holiday tradition, but this little plant’s history as a symbolic herb dates back thousands of years. The Greeks were known to use it as a cure for everything from menstrual cramps to spleen disorders, and the Roman naturalist Pliny the Elder noted it could be used as a balm against epilepsy, ulcers, and poisons. 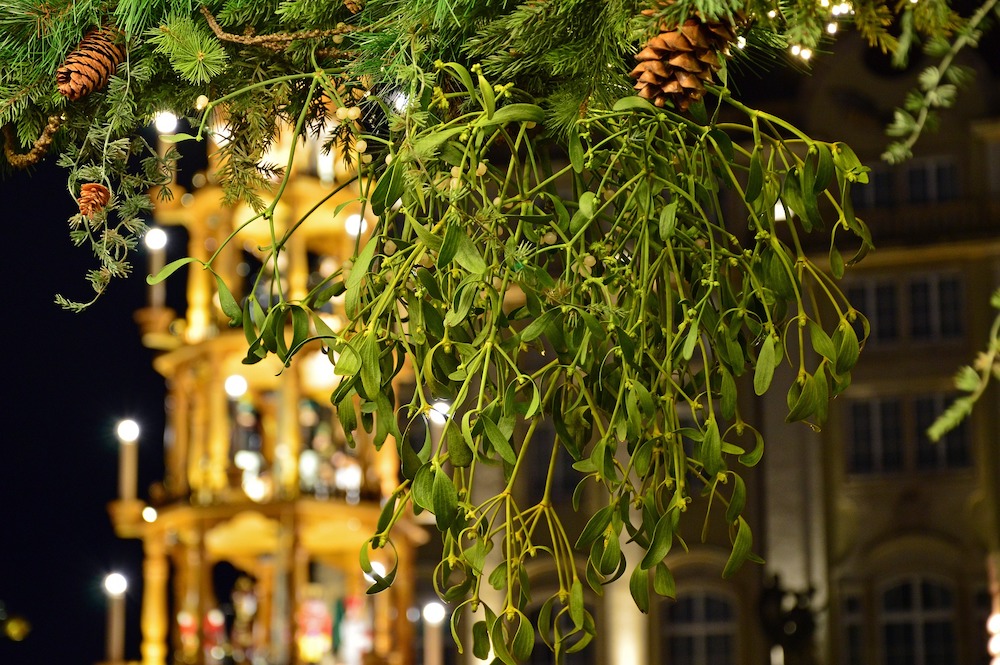 The plant’s romantic overtones most likely started with the Celtic Druids of the 1st century A.D. Because mistletoe could blossom even during the frozen winter, the Druids came to view it as a sacred symbol of vivacity, and they administered it to humans and animals alike in the hope of restoring fertility. According to traditions, the mistletoe was hung from the beams in the stable to keep the cattle fertile and to protect them against witches. 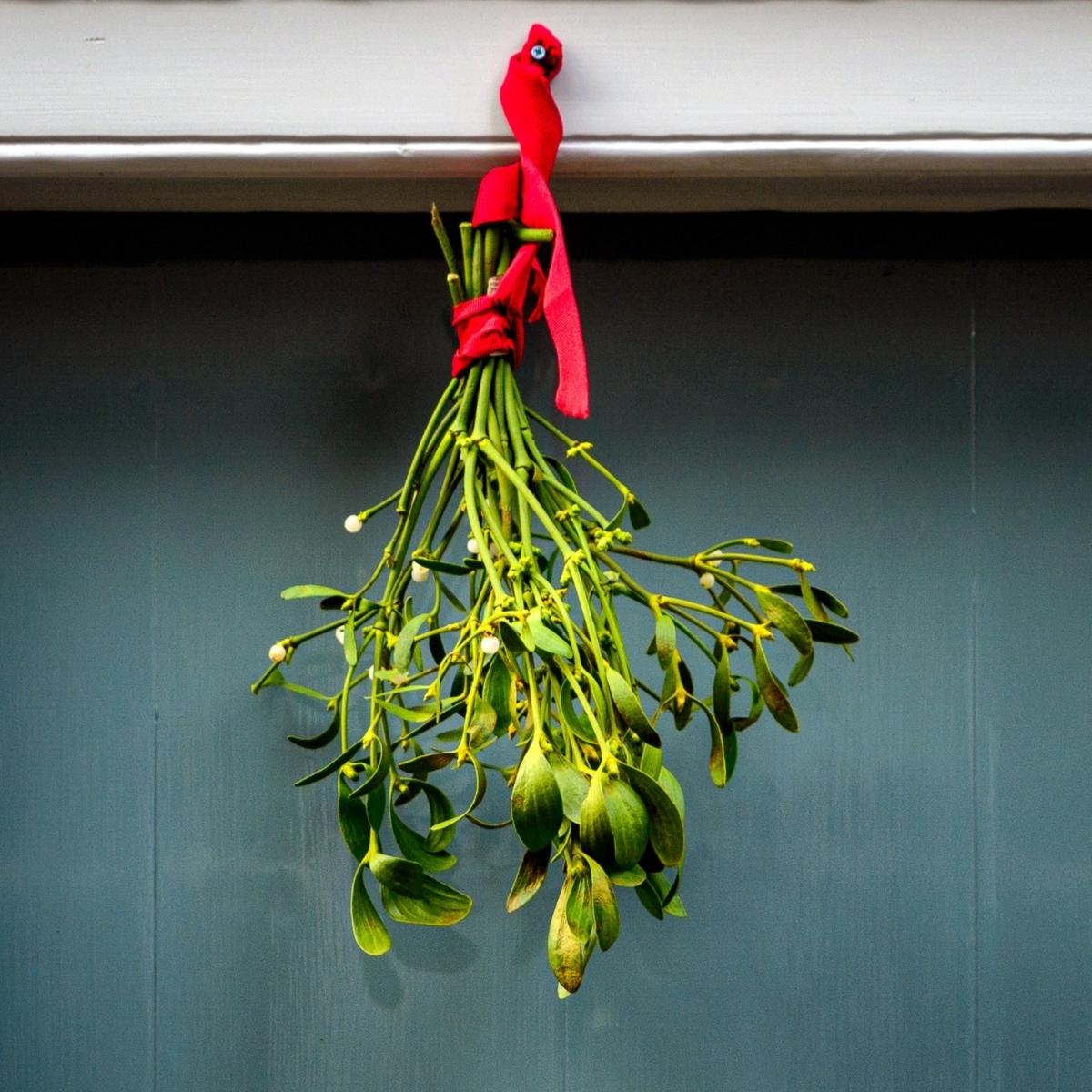 In the time of the Celts and Germans, the mistletoe was seen as a sacred plant that played a major role in magical fertility rituals. Like midsummer, midwinter was also celebrated, and during that period a mistletoe with a golden sickle was cut from the sacred oak. The plant was collected in white cloths and submerged in water to protect against disease and disaster.

But the evergreen is also mentioned in Norse mythology. In the story, Baldur’s mother Frigg casts a powerful magic to make sure that no plant grown on earth could be used as a weapon against her son. The one plant the spell does not reach is the mistletoe, as it does not grow out of the earth, but out of a tree’s branches. The scheming Loki, upon learning this, makes a spear out of mistletoe — the spear that would eventually kill Baldur. 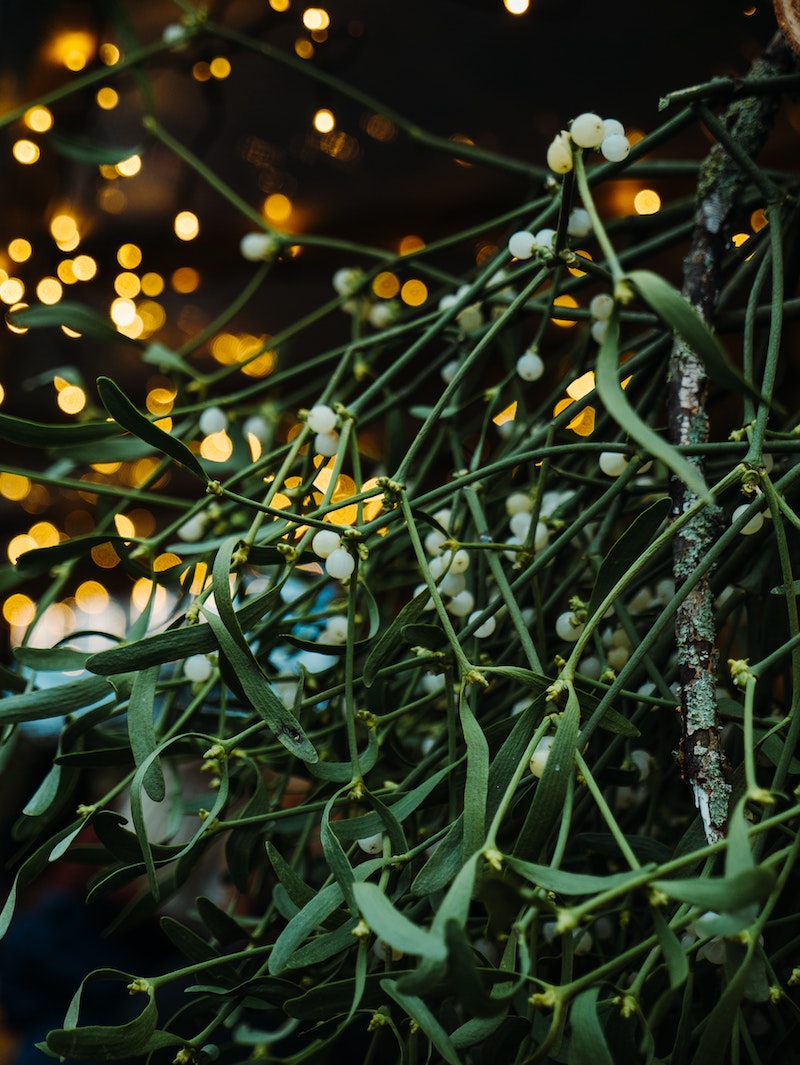 Mistletoe’s associations with fertility and vitality continued through the Middle Ages, and by the 18th century, it had become widely incorporated into Christmas celebrations. Just how it made the jump from sacred herb to holiday decoration remains up for debate, but the kissing tradition appears to have first caught on among servants in England before spreading to the middle classes.

Earliest Recorded Kissing Under the Mistletoe 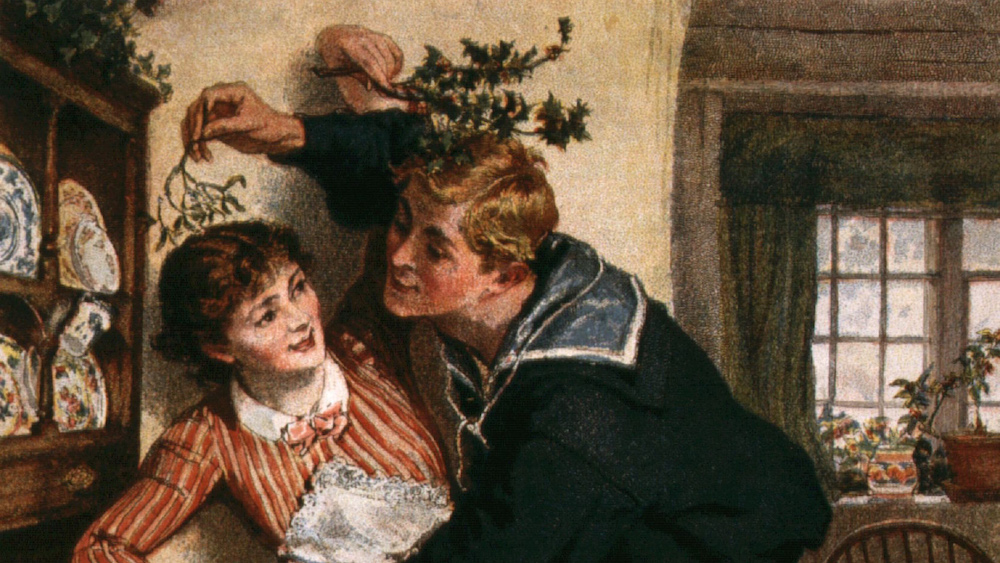 The Appeal of This Plant

Whether or not the evergreen would have medicinal properties, one thing is certain: this plant certainly has appeal. Tie a bunch of mistletoes with a pretty ribbon and hang them on the door frame or on a high beam at home. Whoever is below can be kissed with impunity, so wait patiently for your crush to appear under the mistletoe and grab your chance. 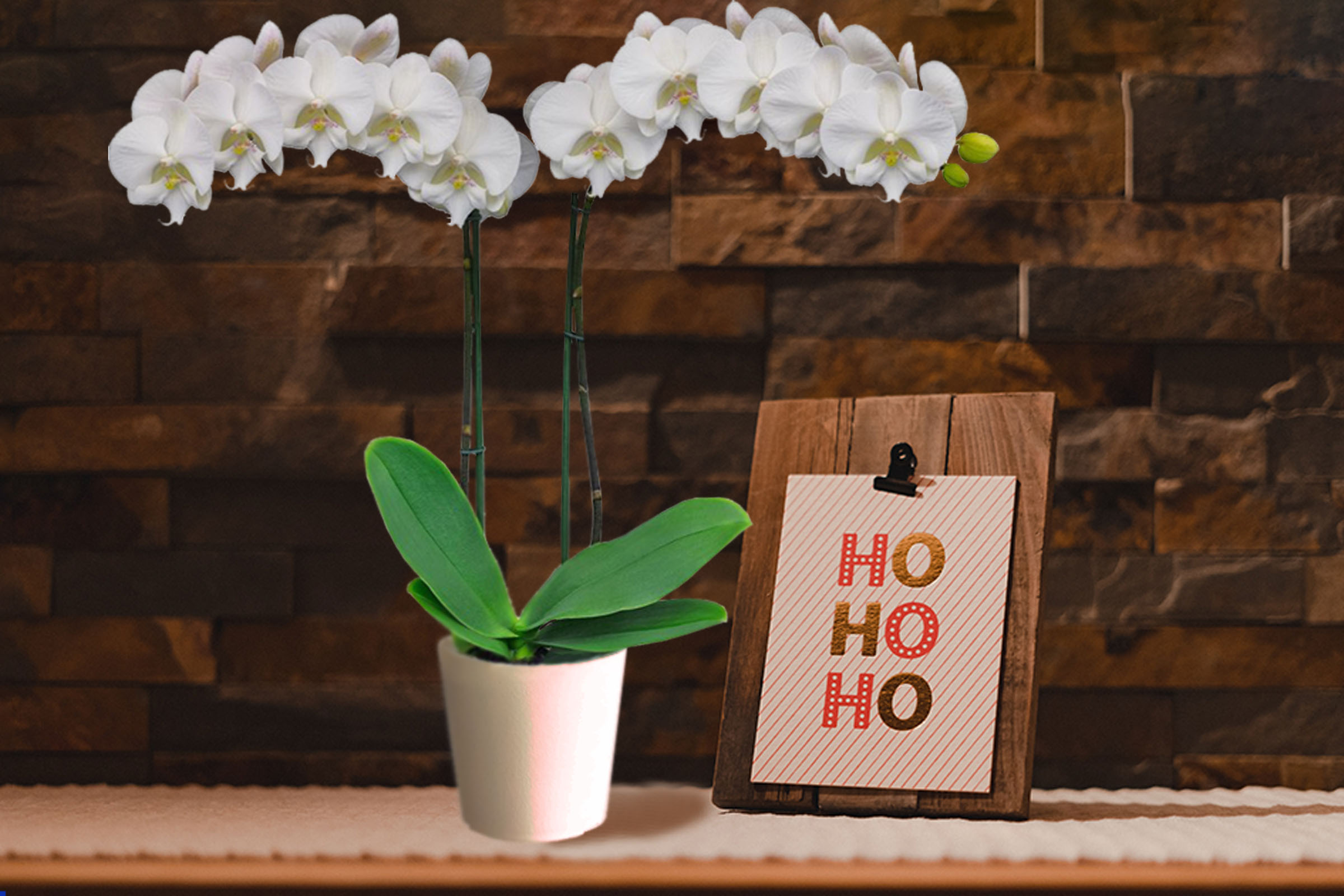 Houseplants Floricultura Tips the Best Phalaenopsis for a Fabulous Christmas You'd be surprised to see what are the perfect phalaenopsis to cheer up your homes.
Dec 11 | 3 min read 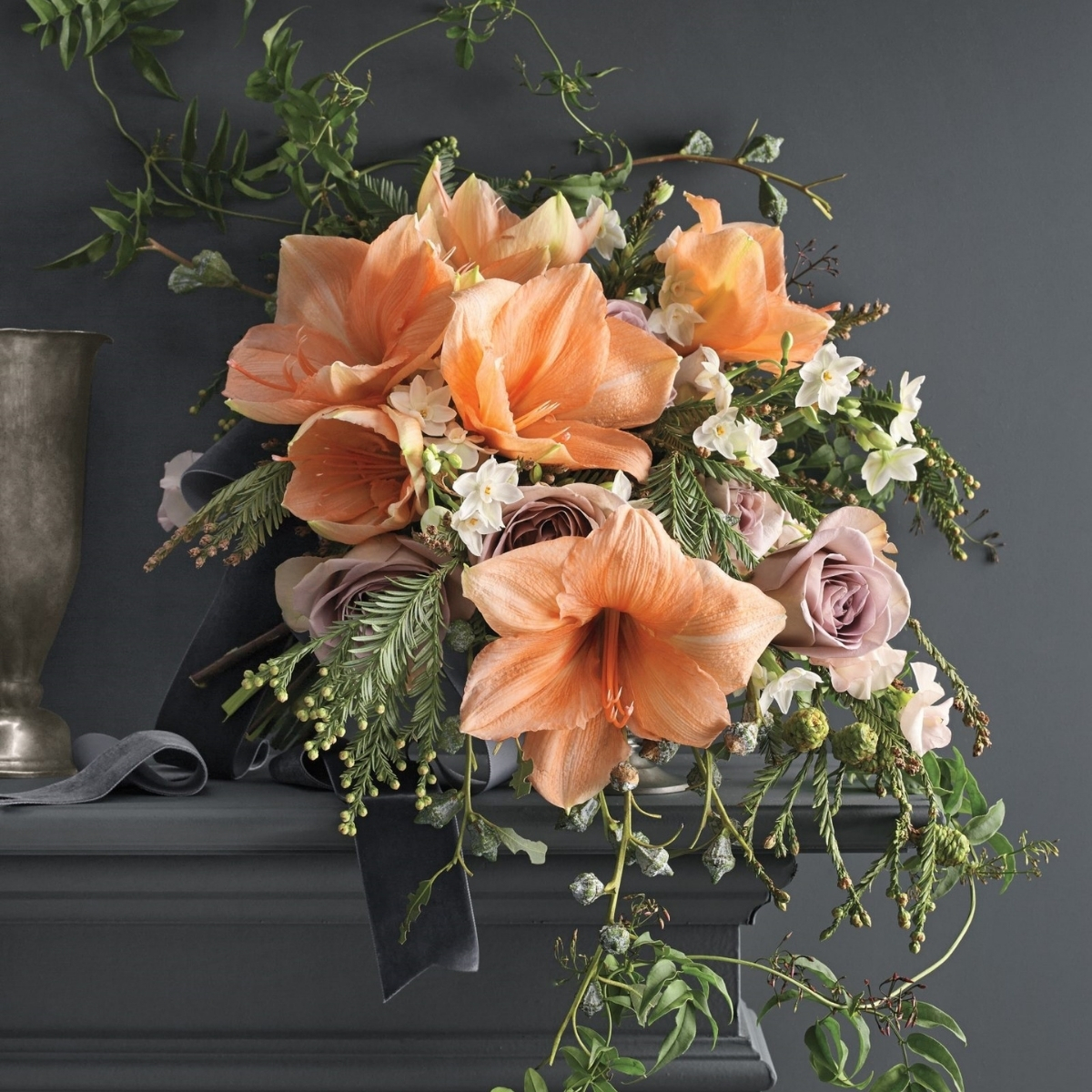 News Curious How To Create a Feeling of Elegance With Warm and Durable Materials? Bring a touch of glamour in your life with the BLOOM’s Opulent & Crafted decorating trend
Jul 21 | 2 min read 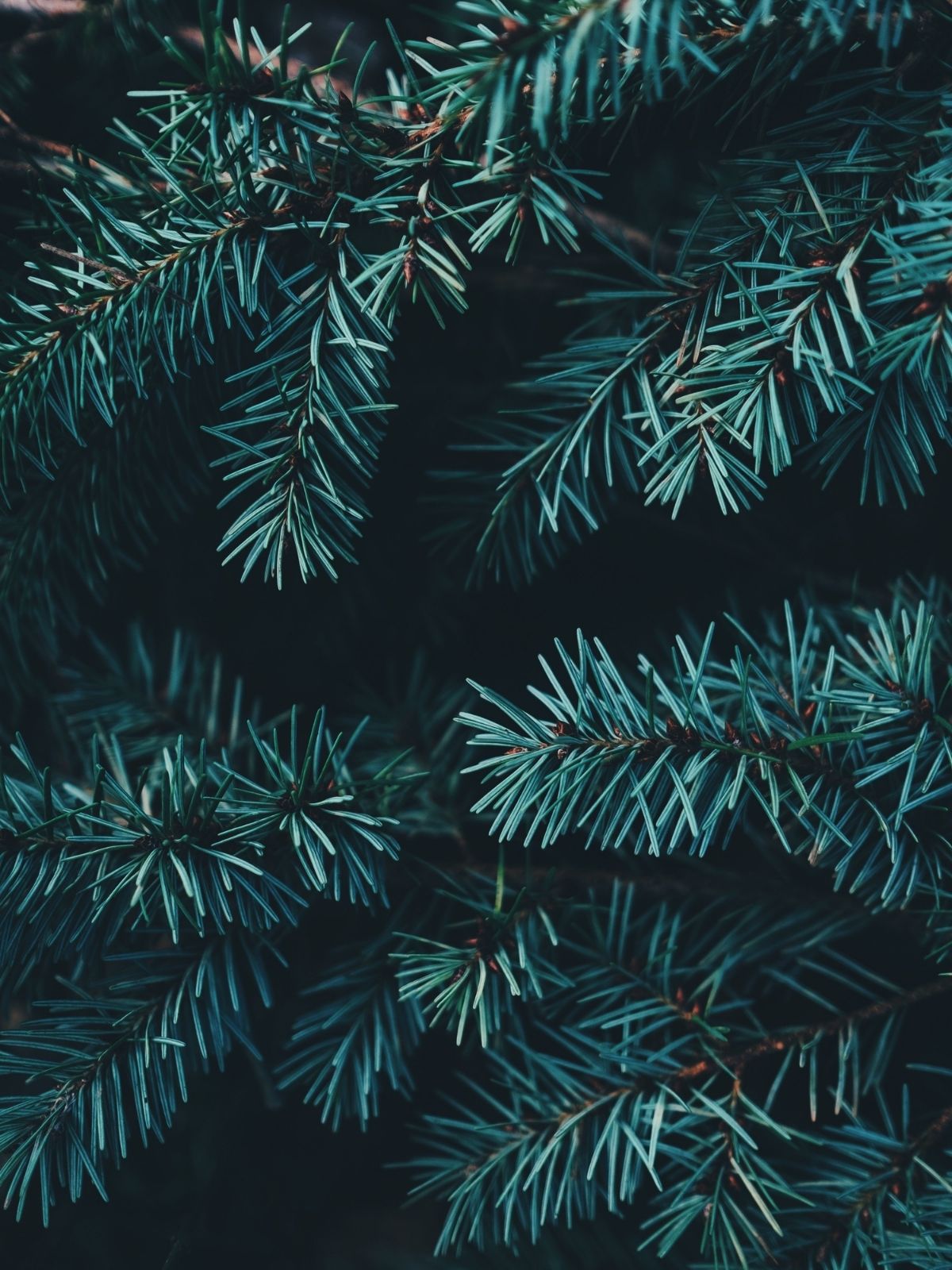 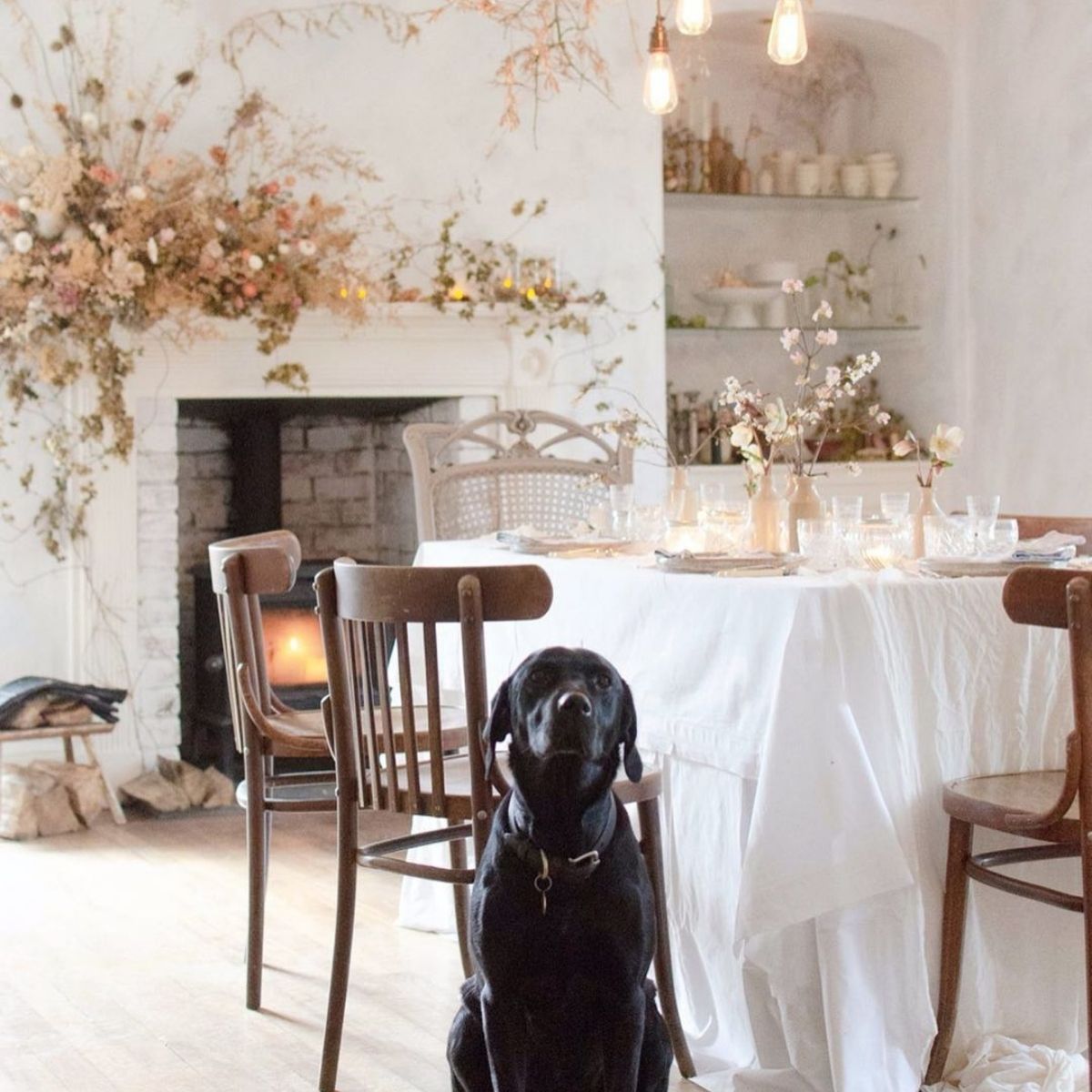 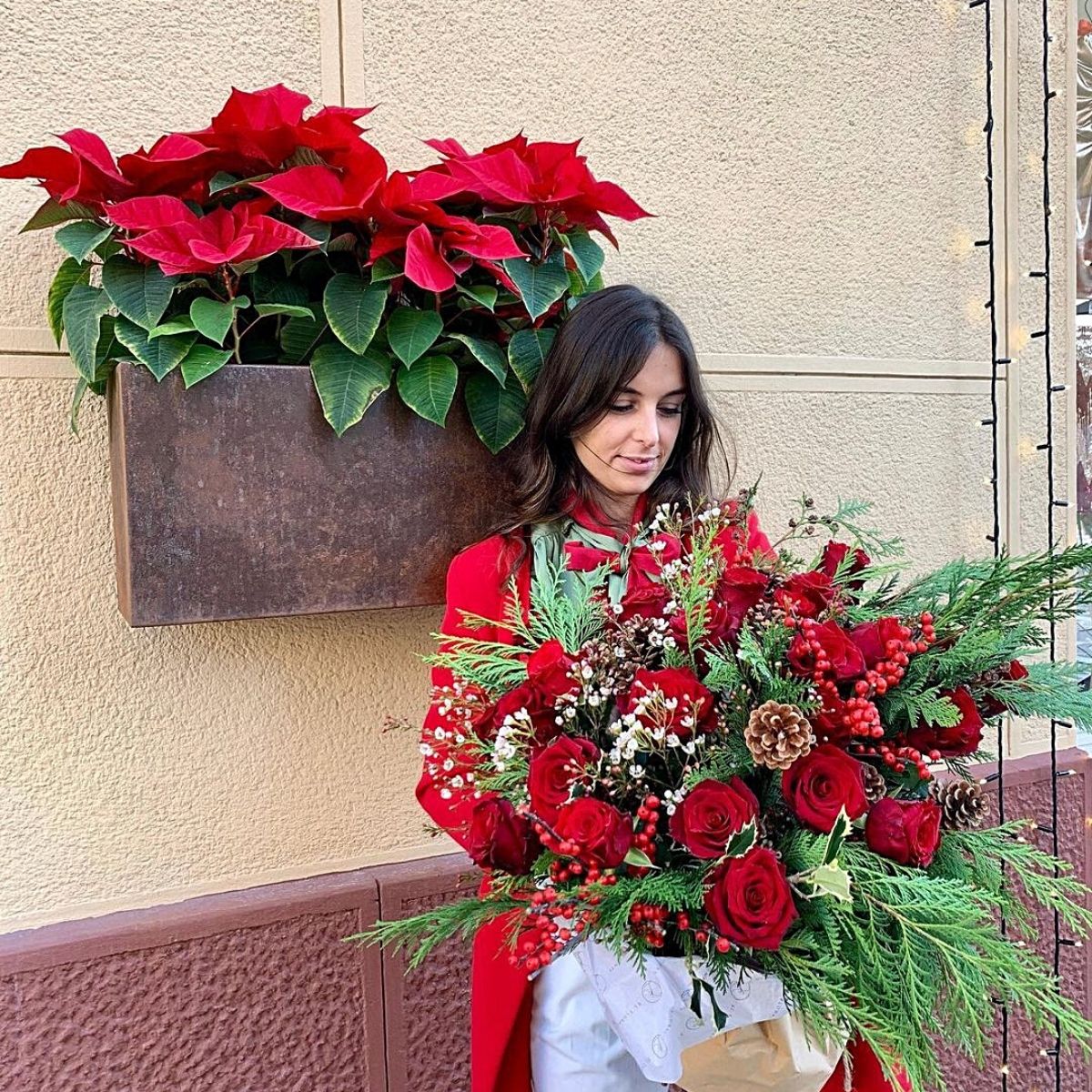