A New Kind of Urban Garden, on the Rooftops of Paris 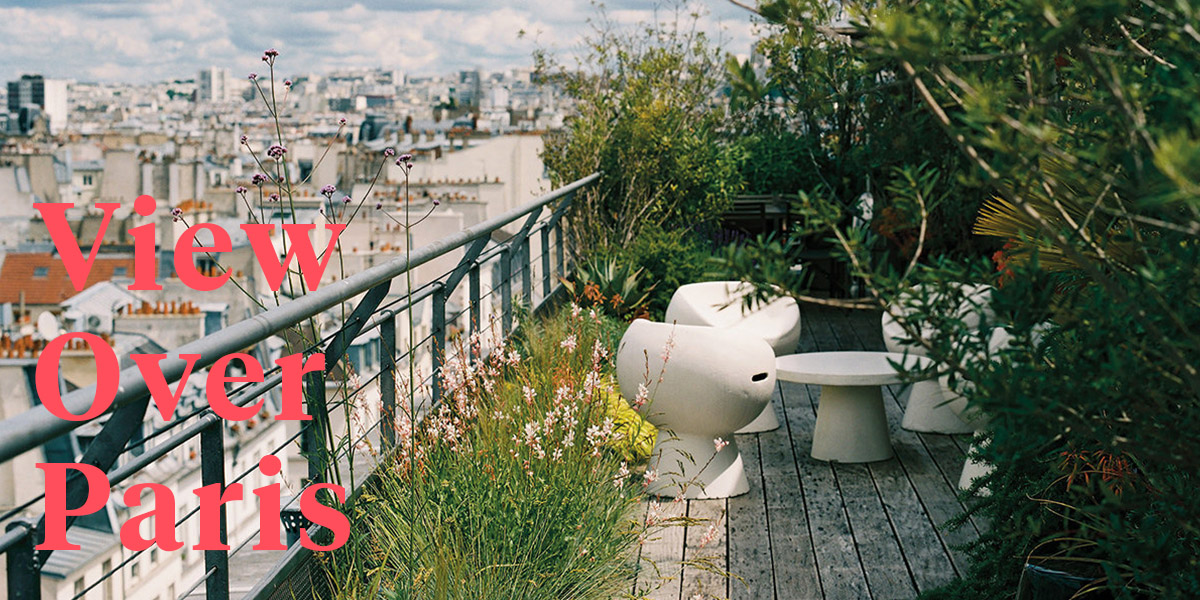 Staring out over the banister from the rooftop terrace of an eighth-floor penthouse on the Marais’s Rue Vieille du Temple, it’s immediately clear you’re in Paris: Across the park below, past the mansard roofs of the low Haussmannian buildings that have fronted these streets since the late 19th century, the Eiffel Tower and the Place de la Bastille’s column pierce the gray clouds in the middle distance and, looking west, the cyan blue and cherry-red tubes of the Centre Pompidou dominate the skyline, their chromatic hues clashing against the beige city.

These are pleasant, familiar views — but if you turn back toward the private terrace’s adjoined apartment (which is owned by a television producer), you’ll spot the roof’s true focal point: a dense thicket of plants, grounded in weathered terra-cotta pots, layered with such variety and quantity as to completely shroud the walls and corners of this 754-square-foot deck. 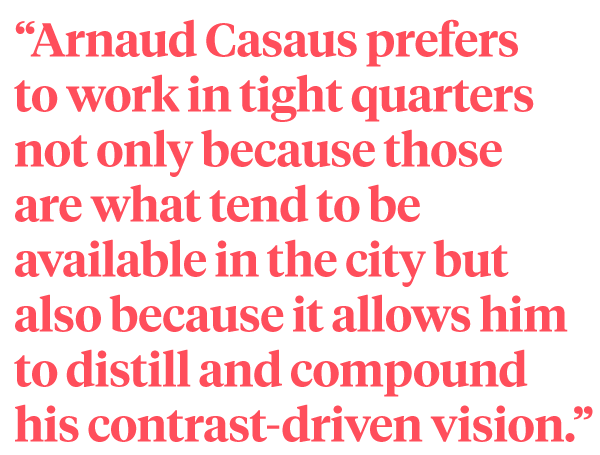 The verdant, V-shaped tableau, as absorbing as it is disorienting in this metropolitan context, evokes the fantasy of being a parched desert traveler stumbling across a fecund oasis. This sense of sudden displacement is further echoed by the plants themselves, nearly none of which technically belong in Paris: Among the dozens of varieties, there’s Agave x nigra, a hardy desert succulent; phillyrea angustifolia, a silvery-leafed bush native to the Mediterranean region; and aristaloe aristata, squat and spiky, which hails from South Africa.

Such exotic species were sourced from nurseries throughout the city and online — from places such as Pan-Global Plants, a mail-order business in Gloucestershire, England — by the Parisian gardener Arnaud Casaus, who in recent years has challenged the conventions of French formal gardens, with their symmetrical boxwood hedges, polite rows of pastel tulips and spherical topiaries. Casaus has reanimated several terraces, balconies, patios, and other small-scale plots throughout Paris with his wild and naturalistic style, which is informed as much by his eye for rare international plants as by his own sense of chaos and spontaneity. "It’s like cooking," he told me earlier this year, as we toured several of his private residential projects. "You have a recipe in your hand, then you go to the market and find something that you never thought about before. So maybe you still have the same recipe, but you change it a little bit — for me, gardening is like that." 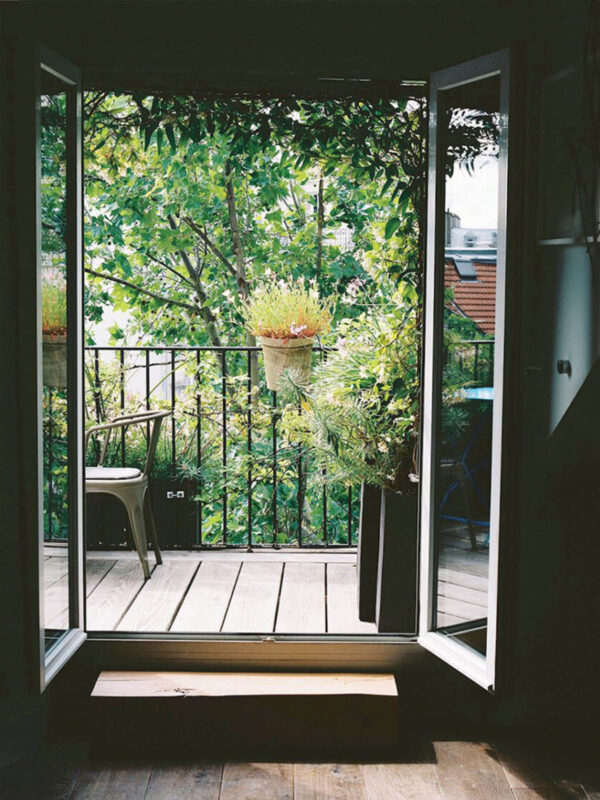 The glass doors lead from Casaus’s apartment into his outdoor space. Photo by Marion Berrin

Much in the way that contemporary chefs focus on mixing international influences, supporting small-batch growers, heralding hyper-seasonality, and colliding several historical and regional references at once, Casaus is among a group of landscape architects — including Daniel Nolan in San Francisco, Gianmatteo Malchiodi in Parma, Italy, and Rick Eckersley in Melbourne, Australia — who are redefining their craft largely by ignoring its traditions, choosing instead to create bountiful juxtapositions in unexpected settings. His work dovetails with a larger green movement underway in Paris, where, since 2014, the city has been installing dozens of tiny, idiosyncratic public gardens; in 2015, Mayor Anne Hidalgo announced an initiative, permis de végétaliser (“license to vegetate”), that provides permits and tools to help residents (or their landscapers) develop their own urban plots, with a goal of adding 247 acres of vertical and roof gardens throughout Paris by next year. For Casaus, this often involves stacking visually distinct levels of, say, prickly cactuses and wispy flowering bushes, or branchy ornamental trees and soft grasses, against a balustrade or facade. He prefers to work in tight quarters not only because those are what tend to be available in the city but also because it allows him to distill and compound his contrast-driven vision. 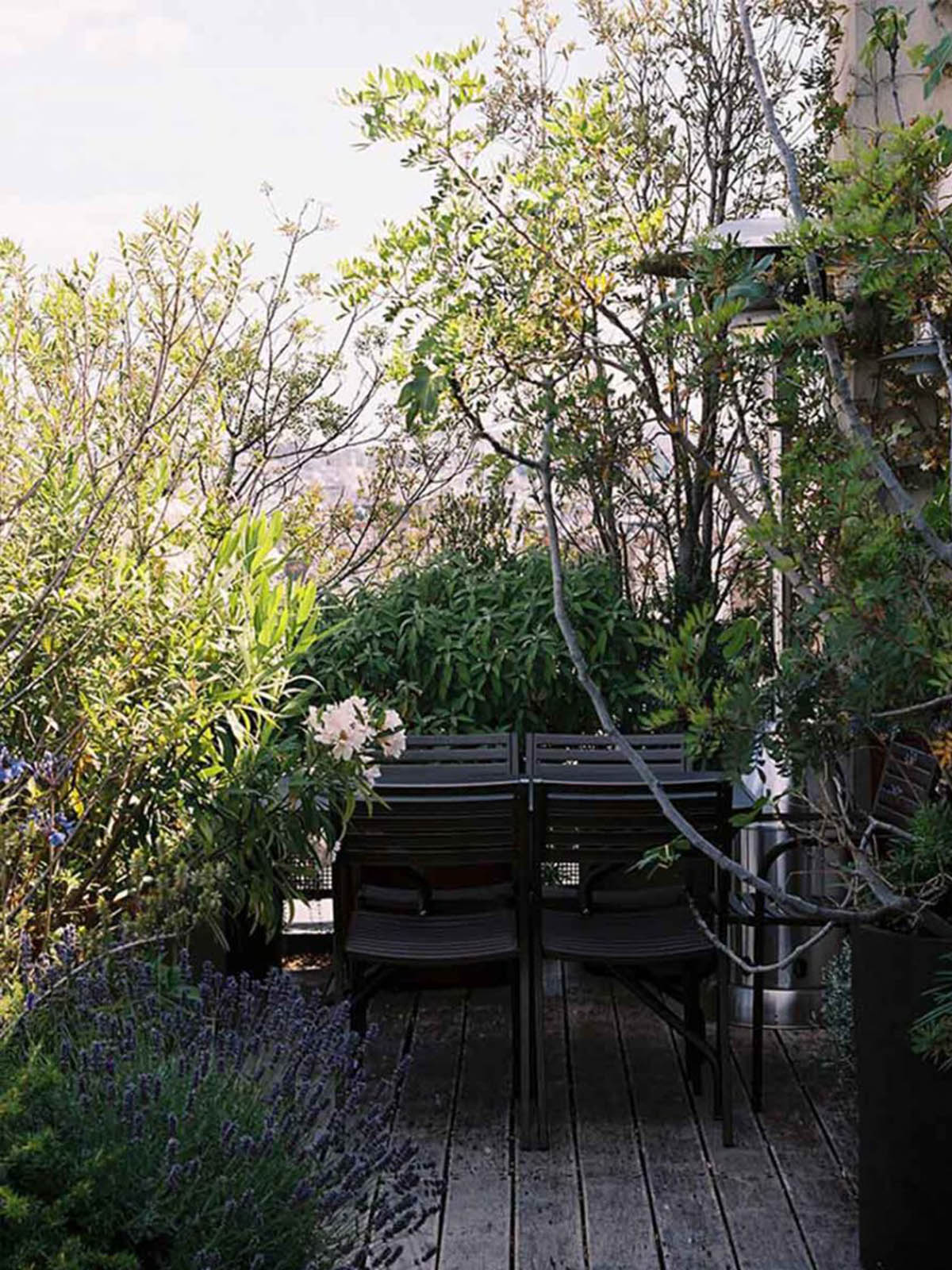 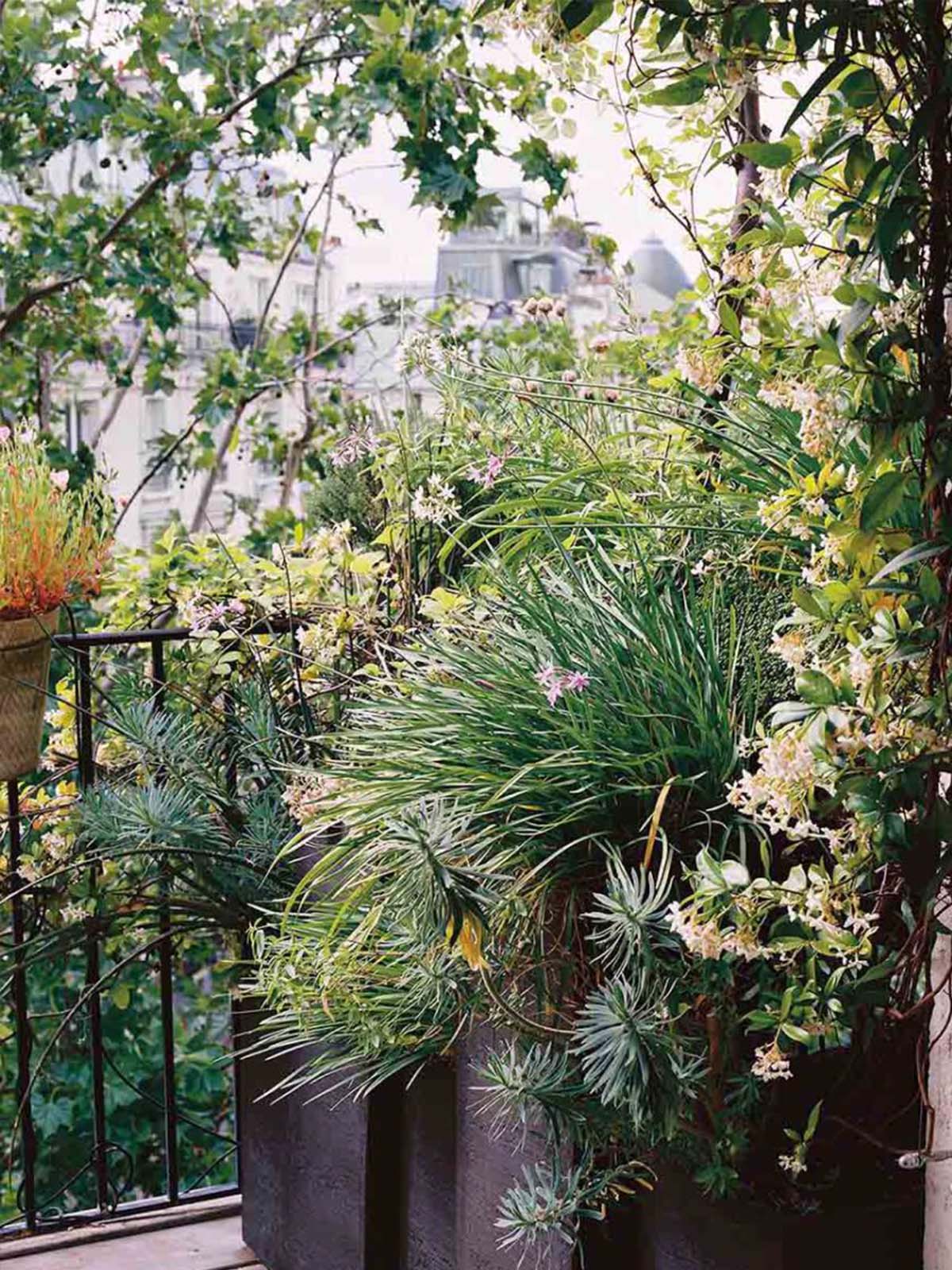 Risen With the City's Green Wave

Casaus’s profile may have risen with the city’s green wave, but his peripatetic style remains indebted to his itinerant past: Born a few hours southeast of Paris, in the Burgundy countryside of Dijon, his earliest memories are of tilling his grandfather’s enormous vegetable garden and eating its tomatoes. It was then, at the age of 6, that he knew he "would always work within nature," he recalls, and when it came time to go to college, he chose instead to enroll in landscape school in the South of France. He never completed his studies, opting to spend two and a half years in the late ’90s in Lebanon, where he learned to cultivate and propagate local plants. In 2000, he headed to Morocco to establish his own nursery with a former classmate; a year later, he returned to France, where he met his boyfriend, Jerome, a lawyer, and decided to stay in Paris. 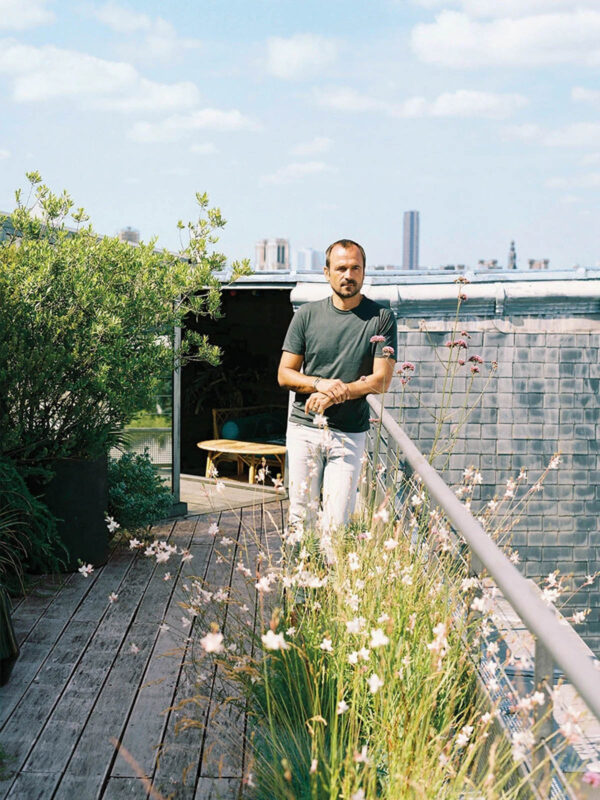 Casaus amid the gaura and Verbena bonariensis at the Rue Vieille du Temple garden. Photo by Marion Berrin.

A few years later, he befriended Karl Fournier and Olivier Marty of the then-rising architecture firm Studio KO, who shared the same cactus-and-desert-infused North African aesthetic that Casaus had spent his 20s perfecting. As the duo won acclaim for their minimalist villas, hotels, and museums, Casaus served as something like their in-house landscape architect. In 2015, for Fournier and Marty’s own home in Corsica, he planted an Egyptian palm tree in a field overgrown with wildflowers and created a split-reed pergola studded with jasmine and wisteria. In 2017, at a Berber-style lodge that Studio KO helped build in Marrakesh, Casaus set a pair of agave scabra incongruously into a lawn of wild, waist-high grass, their pointed leaves poking through like errant rabbits' ears; and last year, at the hillside Los Angeles estate of the creative director Richard Christiansen, he installed a classical tiered garden of agave, plumeria and a dozen different types of basil.