Focus on the future is exactly what Per Benjamin and his team had in mind when they designed this stage! 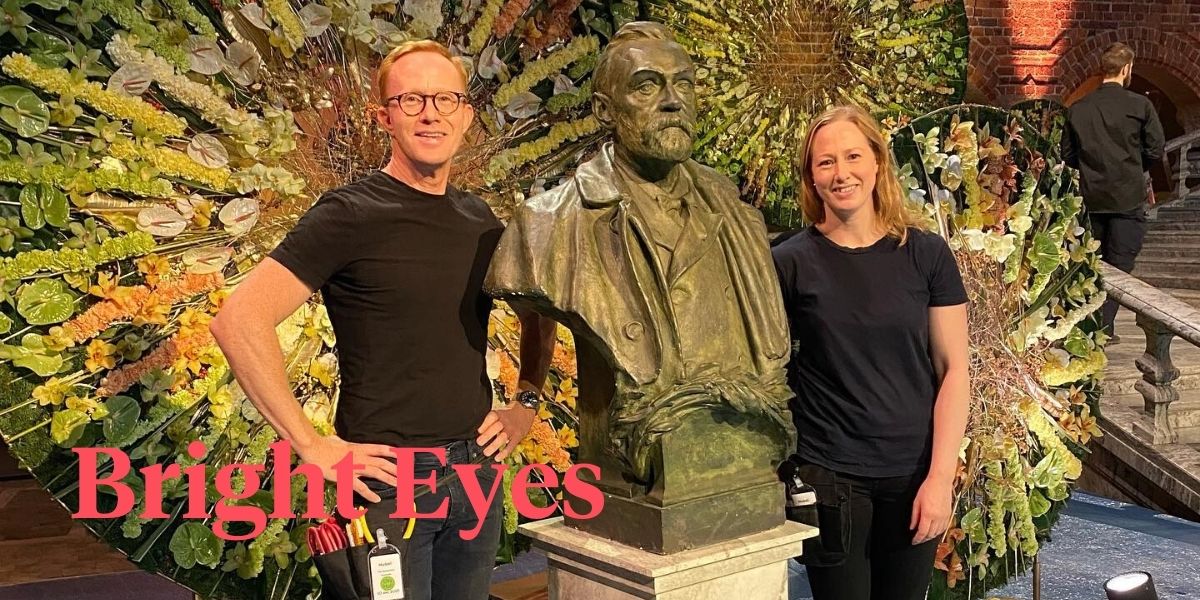 I often scroll through Facebook, LinkedIn, Instagram, Pinterest, TikTok, and Twitter. And I can assure you, there is so much to read, too much to see, so much to learn. Not only do I get informed about a lot of things, but I also get inspired. Emotions come to me in many stories. And the most beautiful pictures, draw my attention. As also this awesome idea of design for the Nobel prize ceremony 2021 in Stockholm City Hall. One of the world's better designers, Per Benjamin from Sweden, once again came up with a brilliant design for this Nobel prize ceremony. 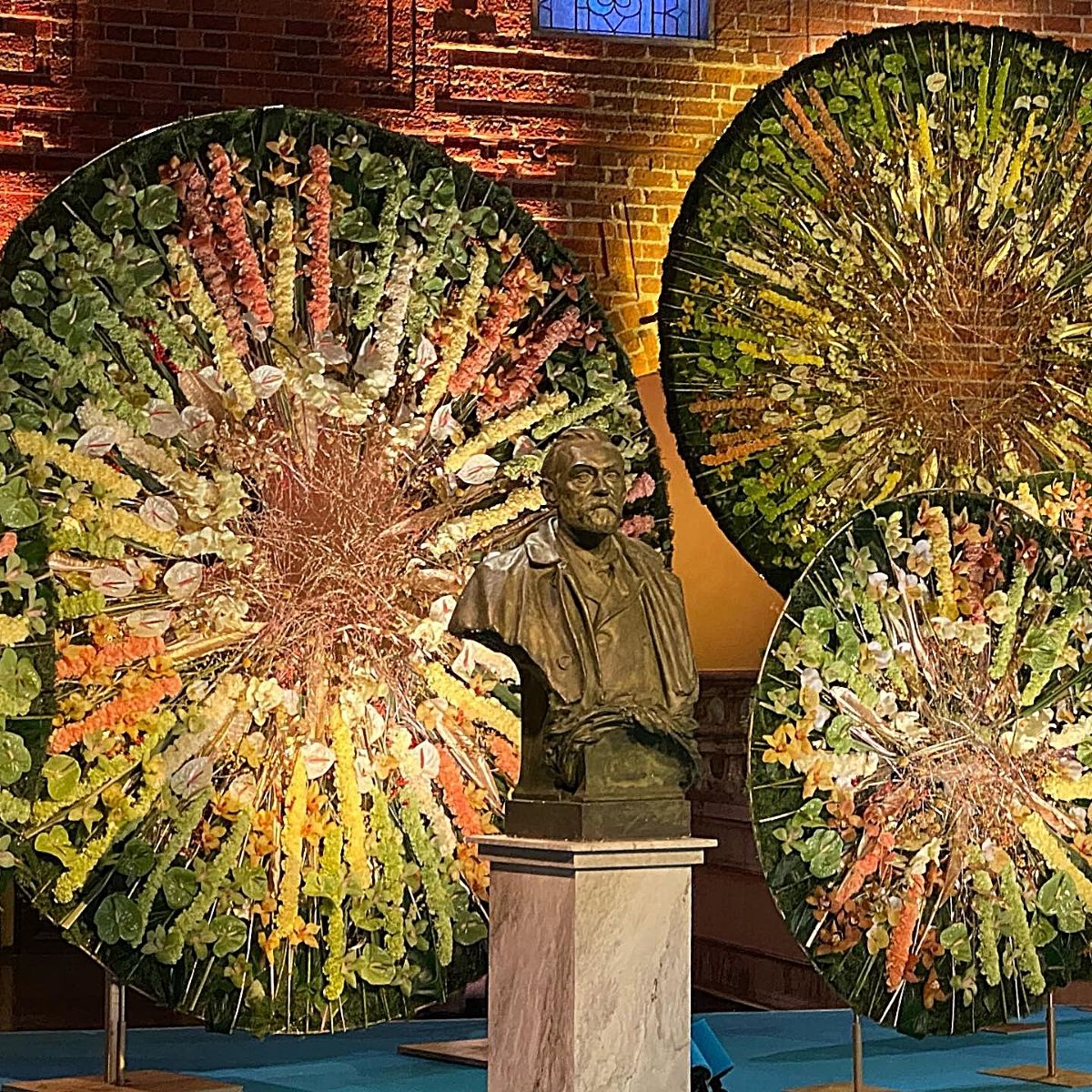 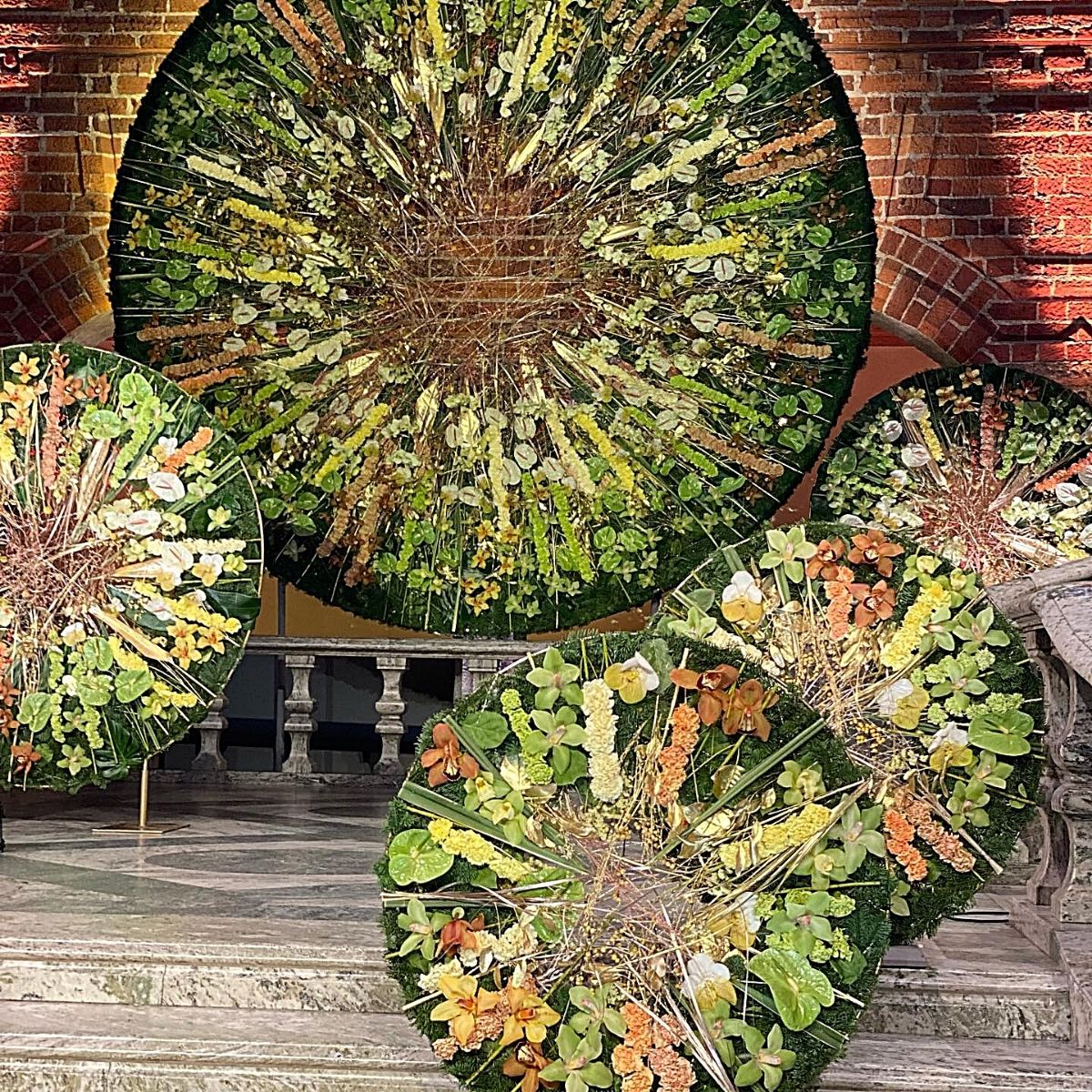 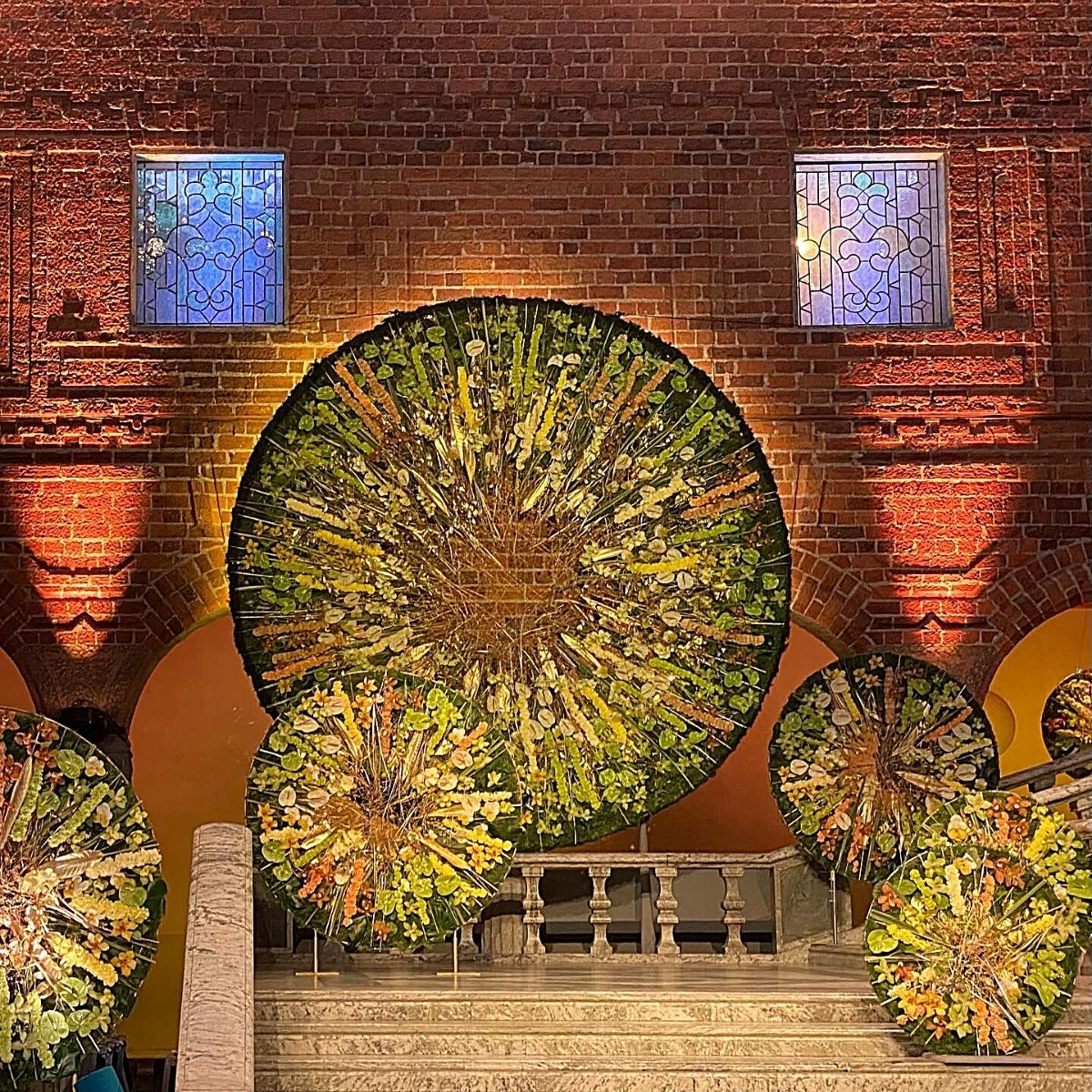 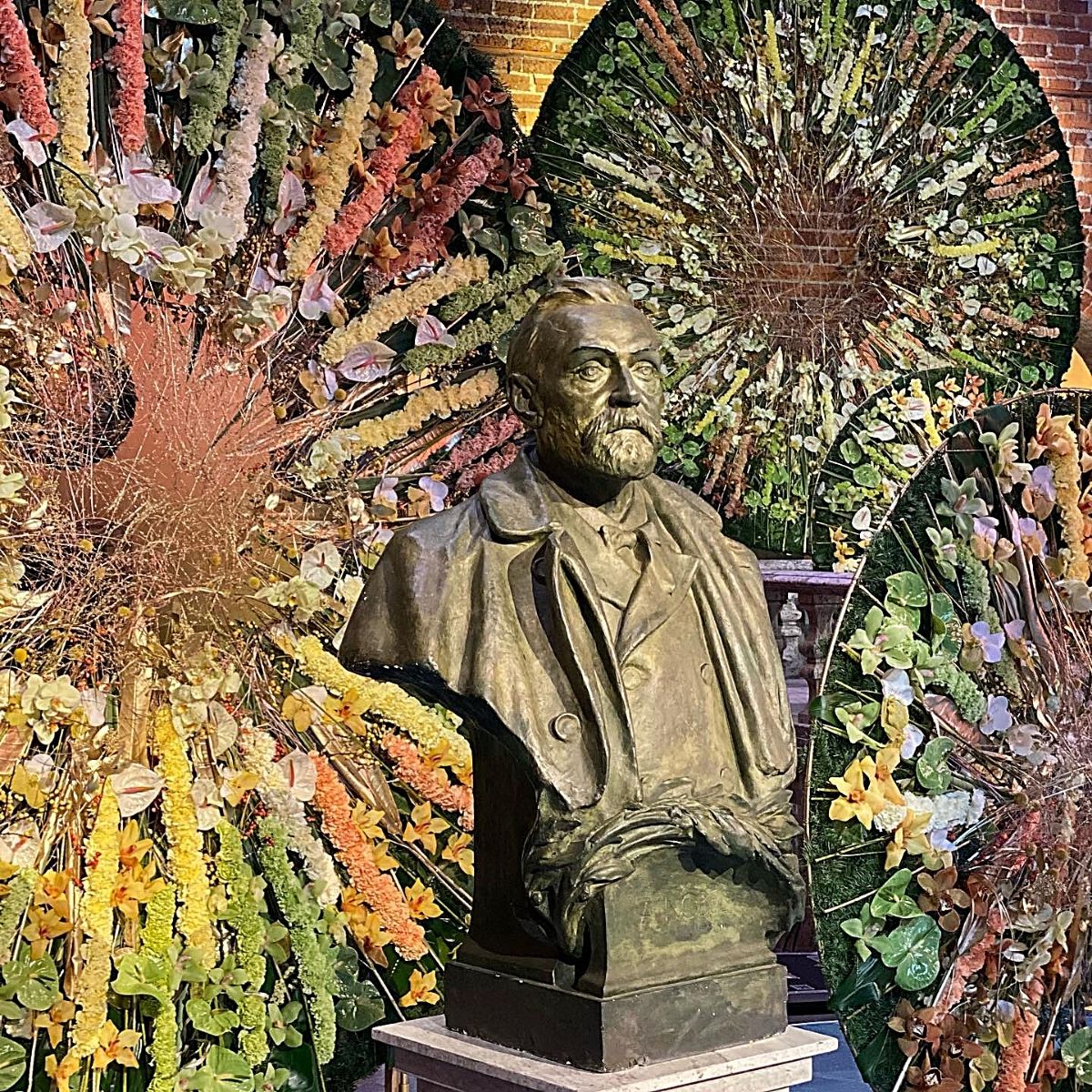 “We take focus and look into a brighter future”.  Also, 2021 turned out to be a pandemic-affected year so sadly no banquet or laureates in Stockholm city hall. But we celebrate Corona safe on-site and link from around the world and look to the future. My warmest thanks to the Nobel Foundation for the honor, to my students for their creativity and help. Thanks to Lena my sister for her super assistance and hard work. We did it again." 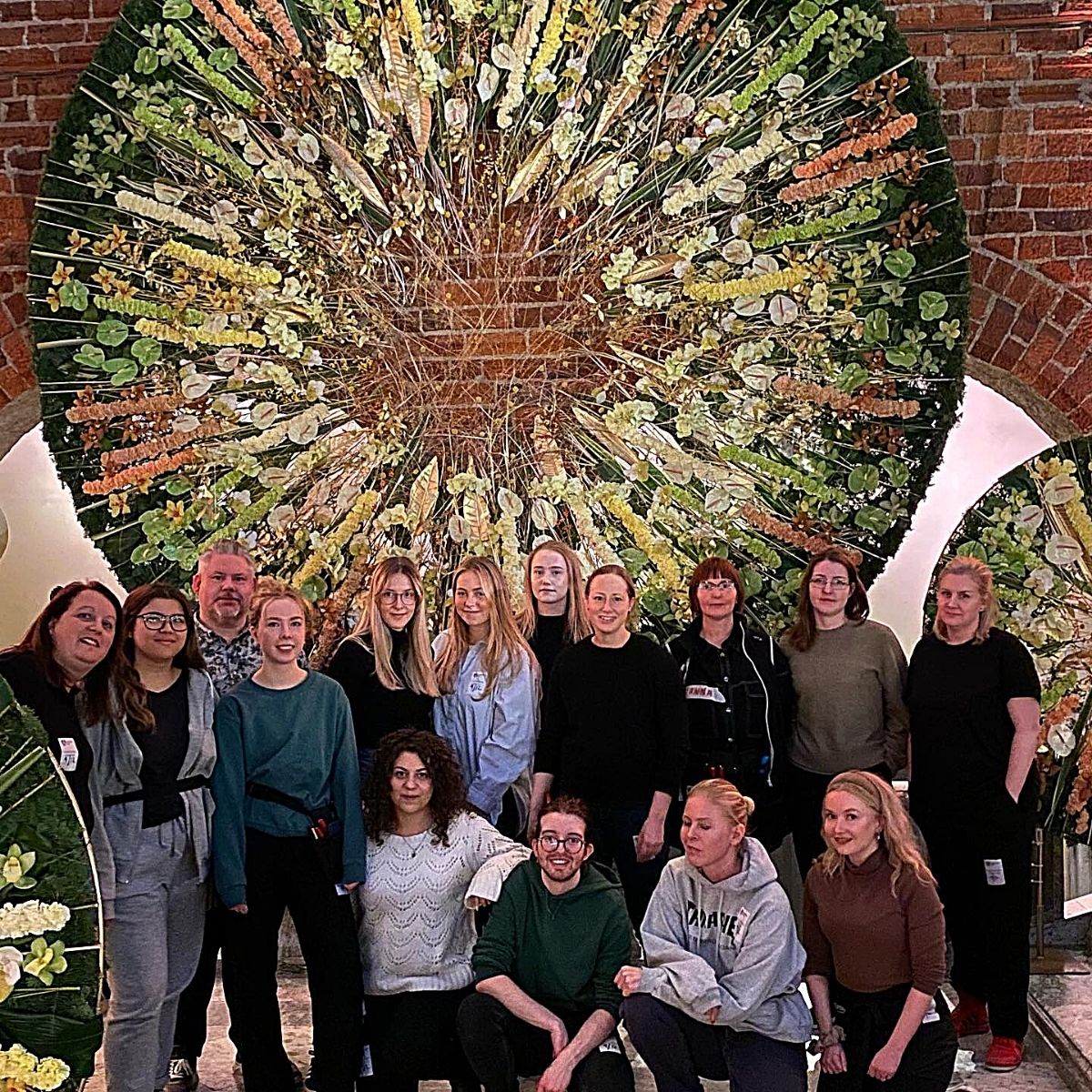 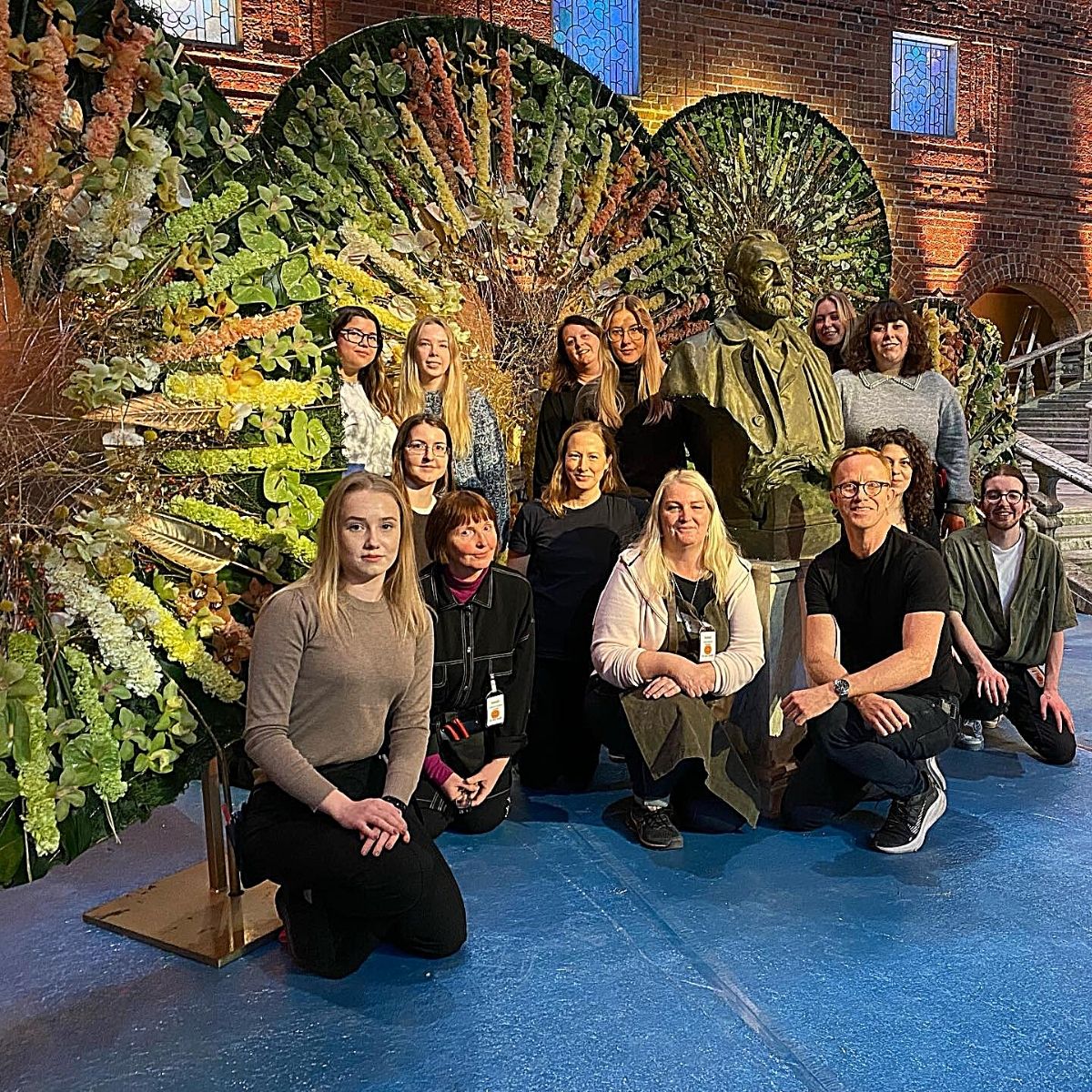 On 27 November 1895, Alfred Nobel signed his last will and testament, giving the largest share of his fortune to a series of prizes in physics, chemistry, physiology or medicine, literature, and peace – the Nobel Prizes. In 1968, Sveriges Riksbank (Sweden’s central bank) established The Sveriges Riksbank Prize in Economic Sciences in Memory of Alfred Nobel.

This year’s Nobel Week Dialogue will be a hybrid event with a global digital audience online, as well as a limited audience present in Gothenburg. There will be a mix of speakers participating digitally and physically on stage. If you were planning to attend the event in person in Gothenburg, you needed to present a valid COVID vaccination certificate together with an ID to be able to enter the venue. The event was a success partly thanks to the extraordinary design of Per Benjamin and his team. 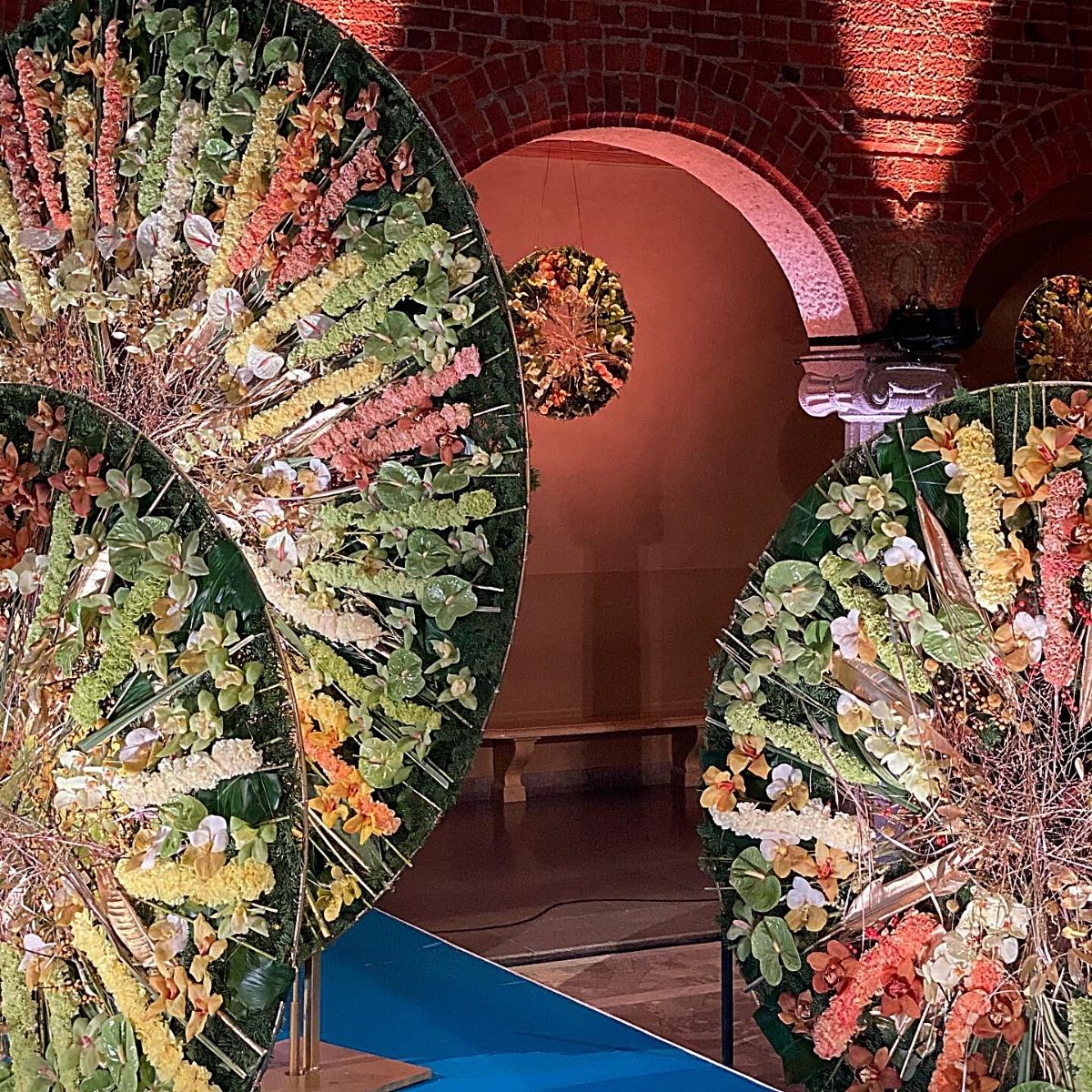 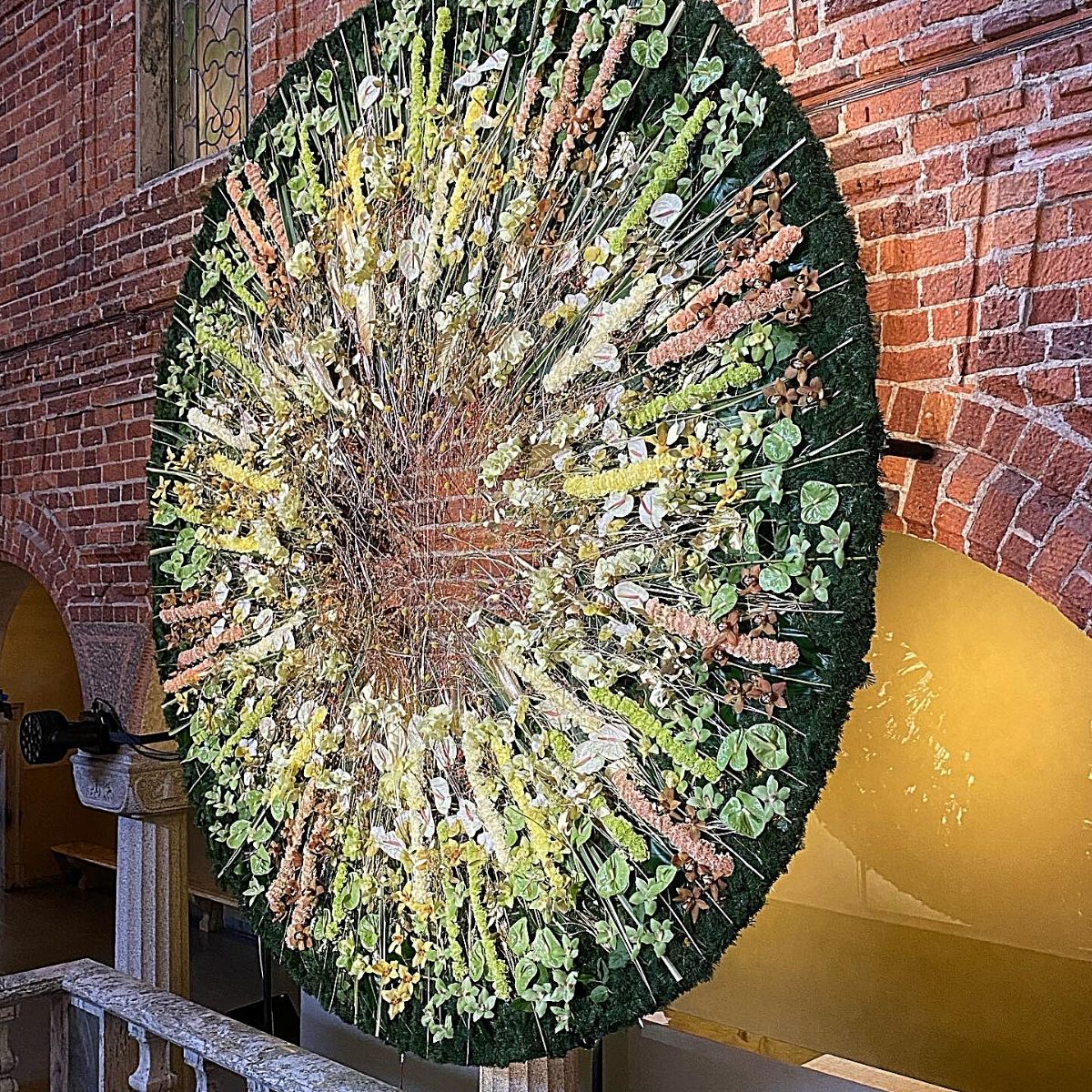 I'm first of all a mother of 3 sons, Dennis, Jarne en Xander! Married with Dominic, and owner of Floregineel, my flower studio since 1996. Specialized in Weddings and Events! I am also Art Director for Fleuramour. And last but not least I am the Floral Business Connector for Thursd.com. Your online floral meetup spot! Thursd.com makes it all happen! It connects the whole flower industry! At Thursd.com you have a unique chance to showcase your products, portfolio, shop, or company and we connect them in a transparent way. 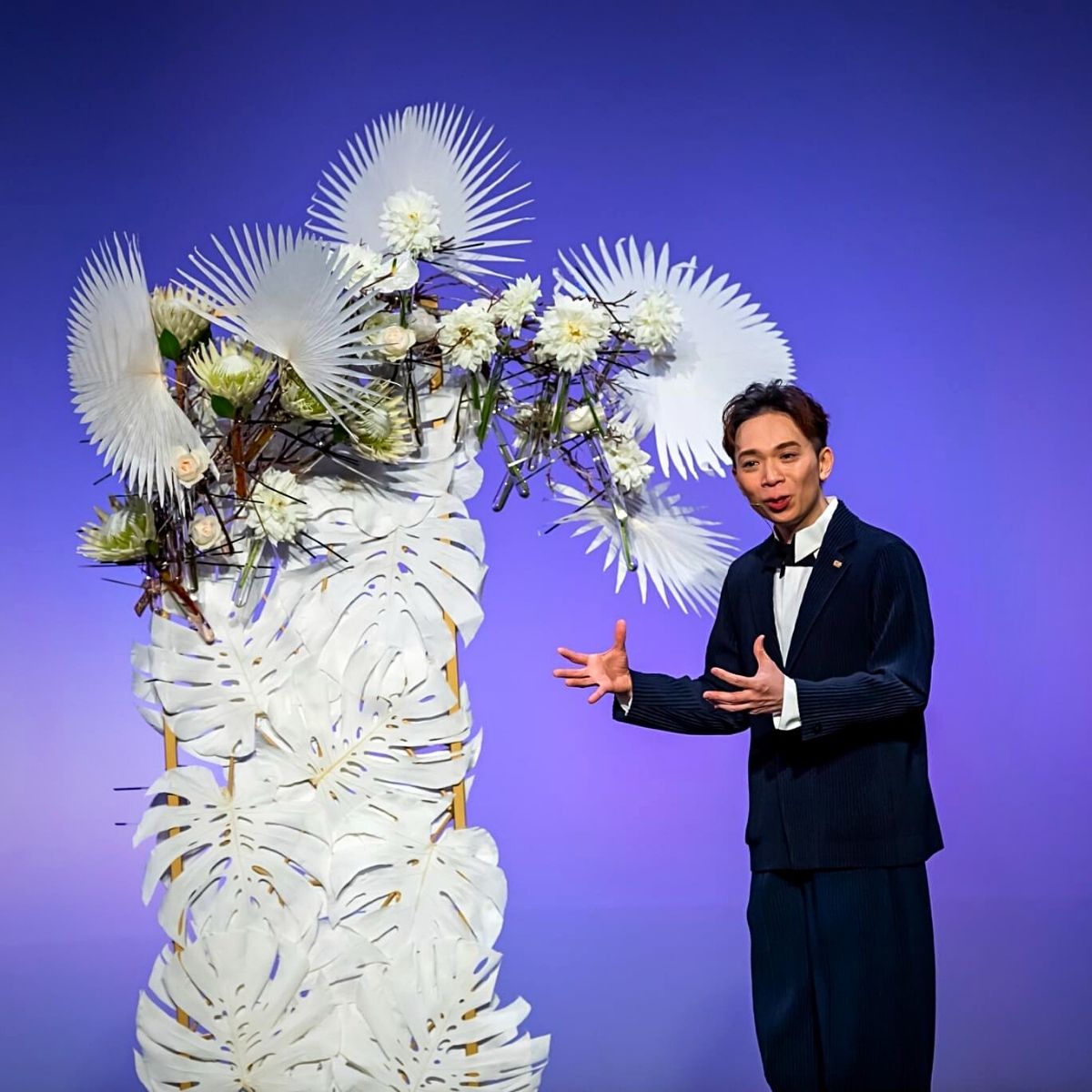 Events News
A Recap from AIFD® 2022 Symposium Roots On educational level as well as on beauty level, this Symposium was really top of the bill. Many champions and renowned designers took the stage and shared their knowledge enthusiastically.
Jul 25 | 9 min read 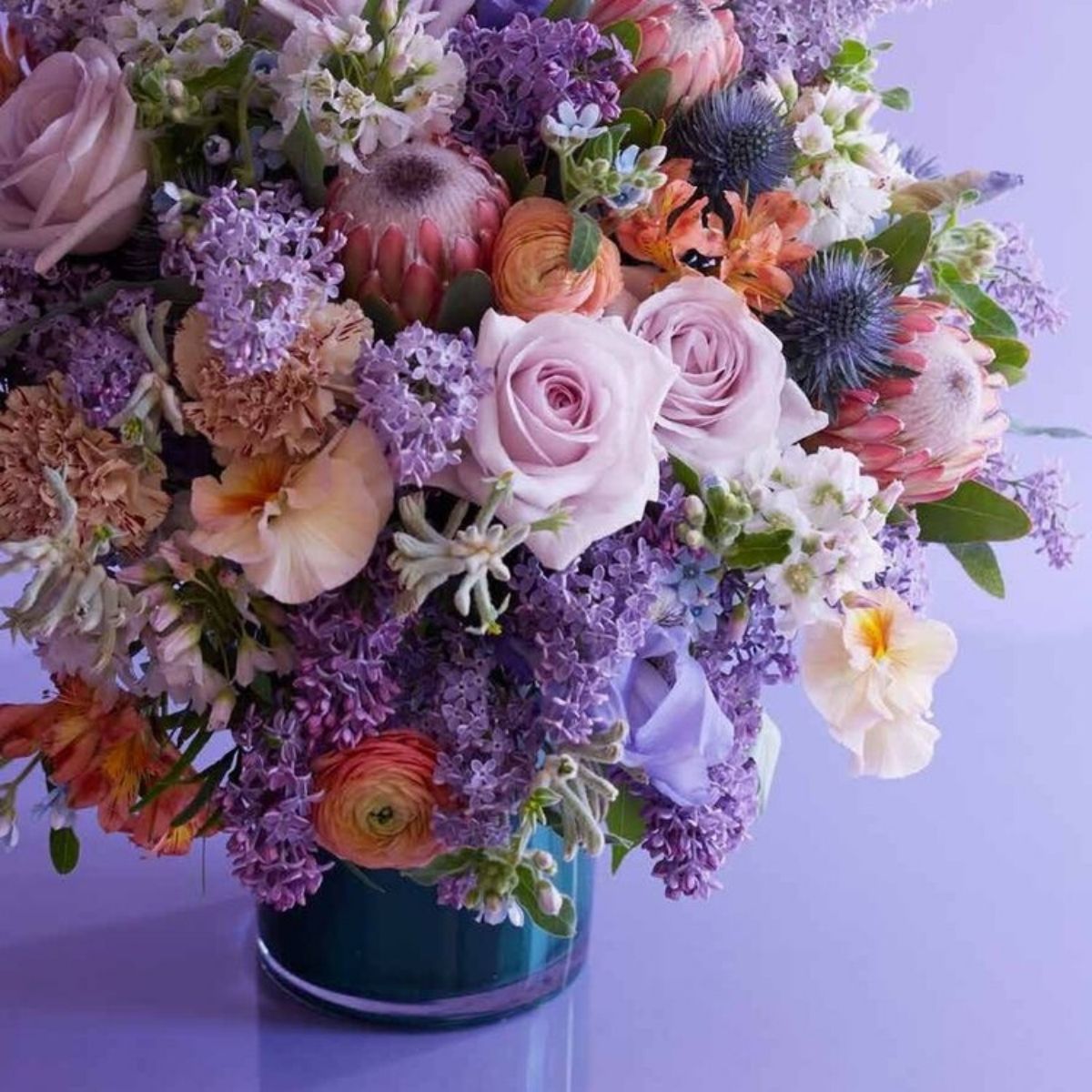 Floral Designers Floral Education Interviews
Let’s Talk Color With Hitomi Gilliam and Per Benjamin - A Thursd Interview This is what happens when you put two world renowned florists in a floral dialogue: A stimulating and inspiring talk about the importance of color for a designer.
Jan 20 | 10 min read 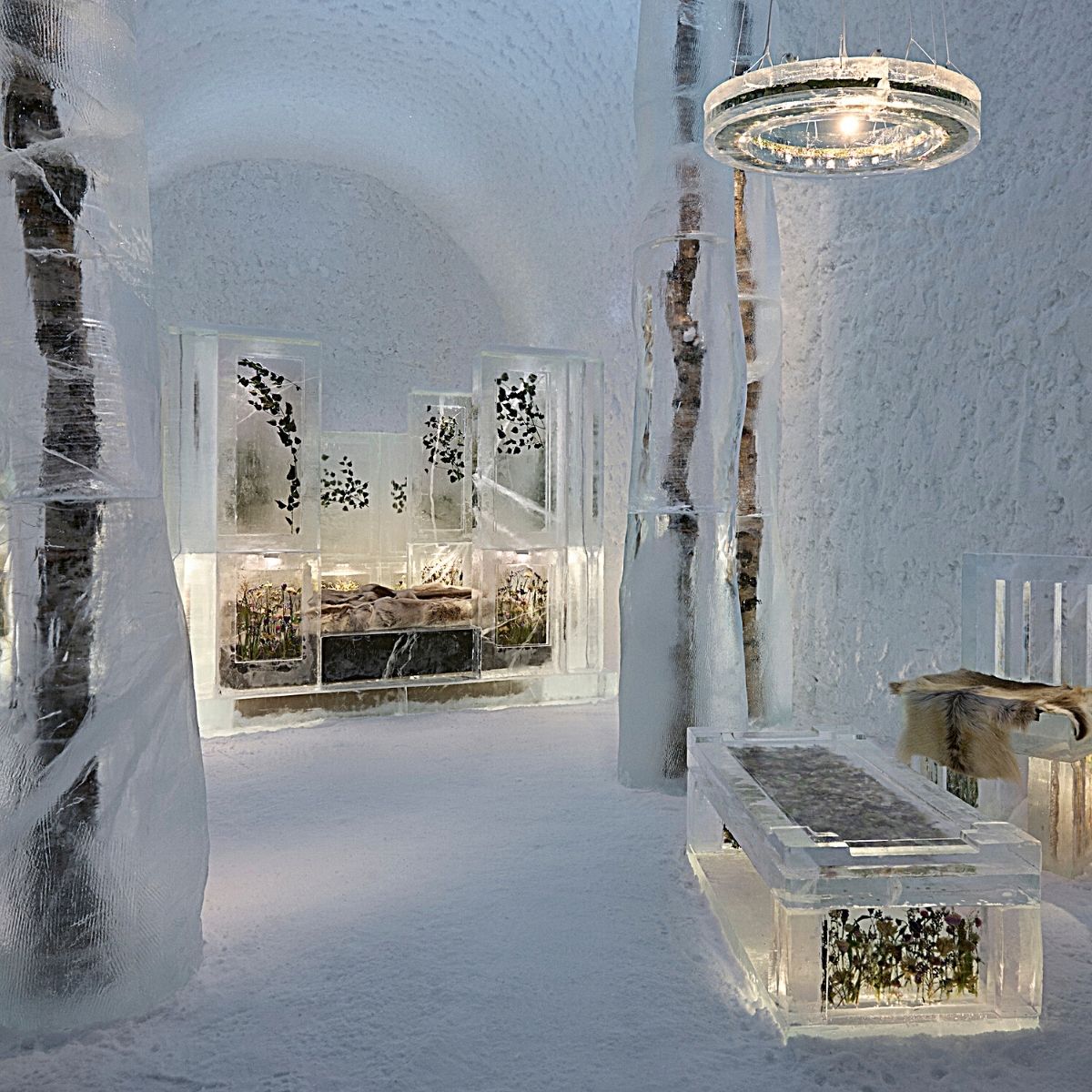 Art Architecture
A Midsummer Night’s Dream at Icehotel by Bernadotte & Kylberg They wanted to create a concept that was based on taking in the Swedish flora and making it available all year round with the help of ice, nature’s own conservation technology…
Dec 15 | 4 min read 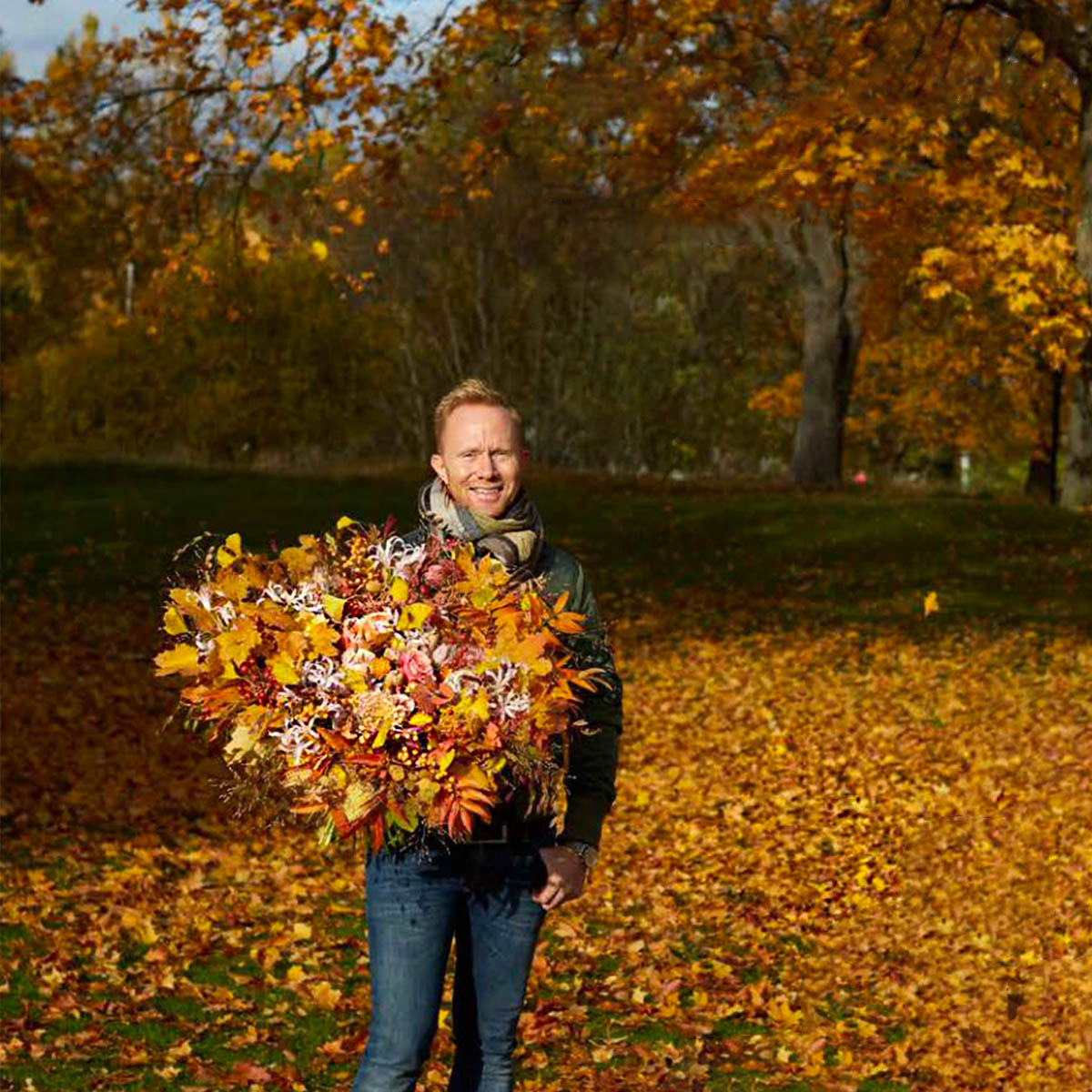