From roses and peonies to anemones and daffodils, flowers have played their part in many tales. Here are some of the most interesting (and weirdest) floral myths. 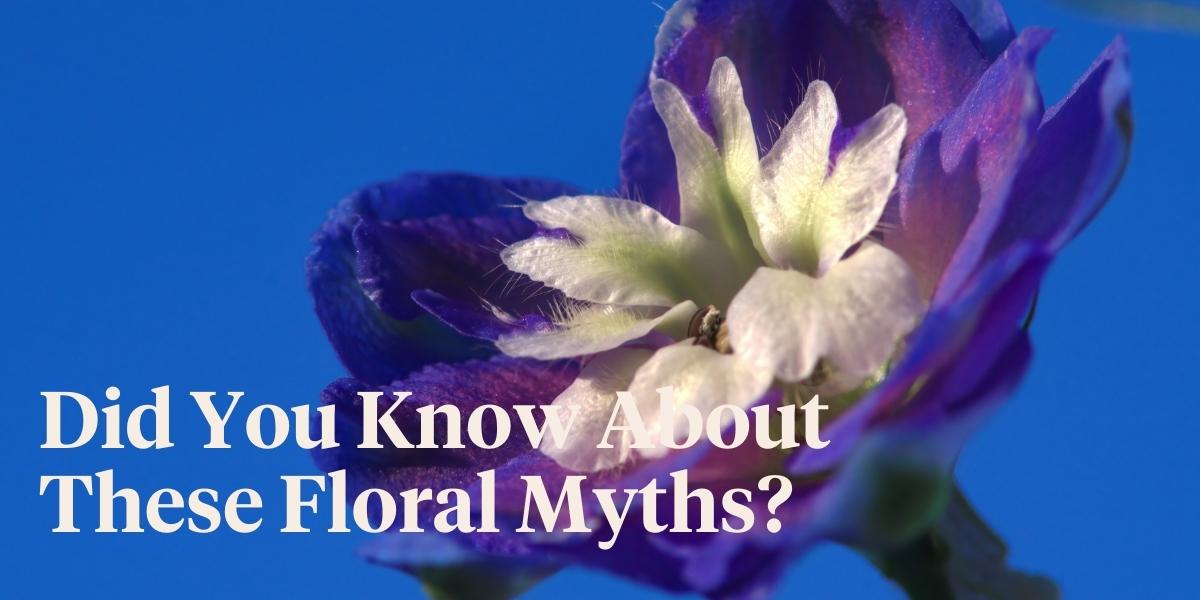 It's no secret that flowers play an important role in many peoples' lives. And they have for a long, long time. Flowers have such a long and rich symbolic significance throughout history that it is no surprise that a few myths have sprung up around them. From roses and peonies to anemones and daffodils, flowers have played their part in many tales. Especially in Greek and Roman mythology flowers are featured particularly often. Here are some of the most interesting stories about flowers in Greek mythology.

The Significance of Flowers in Greek Mythology

Flowers in Greek mythology have various symbols behind their existence. It’s no surprise that so many myths had thrived around them. From love, passion, to purity, flowers have been used to symbolize something in many tales. As time goes by, these myths are still alive in modern flowers. Anyone may see flower bouquets as a sign of affection, gratitude, or accomplishment. However, there is probably more to flowers than that. Below are some of the best, most interesting, disturbing, and weirdest stories about flowers in Greek mythology. Enjoy! 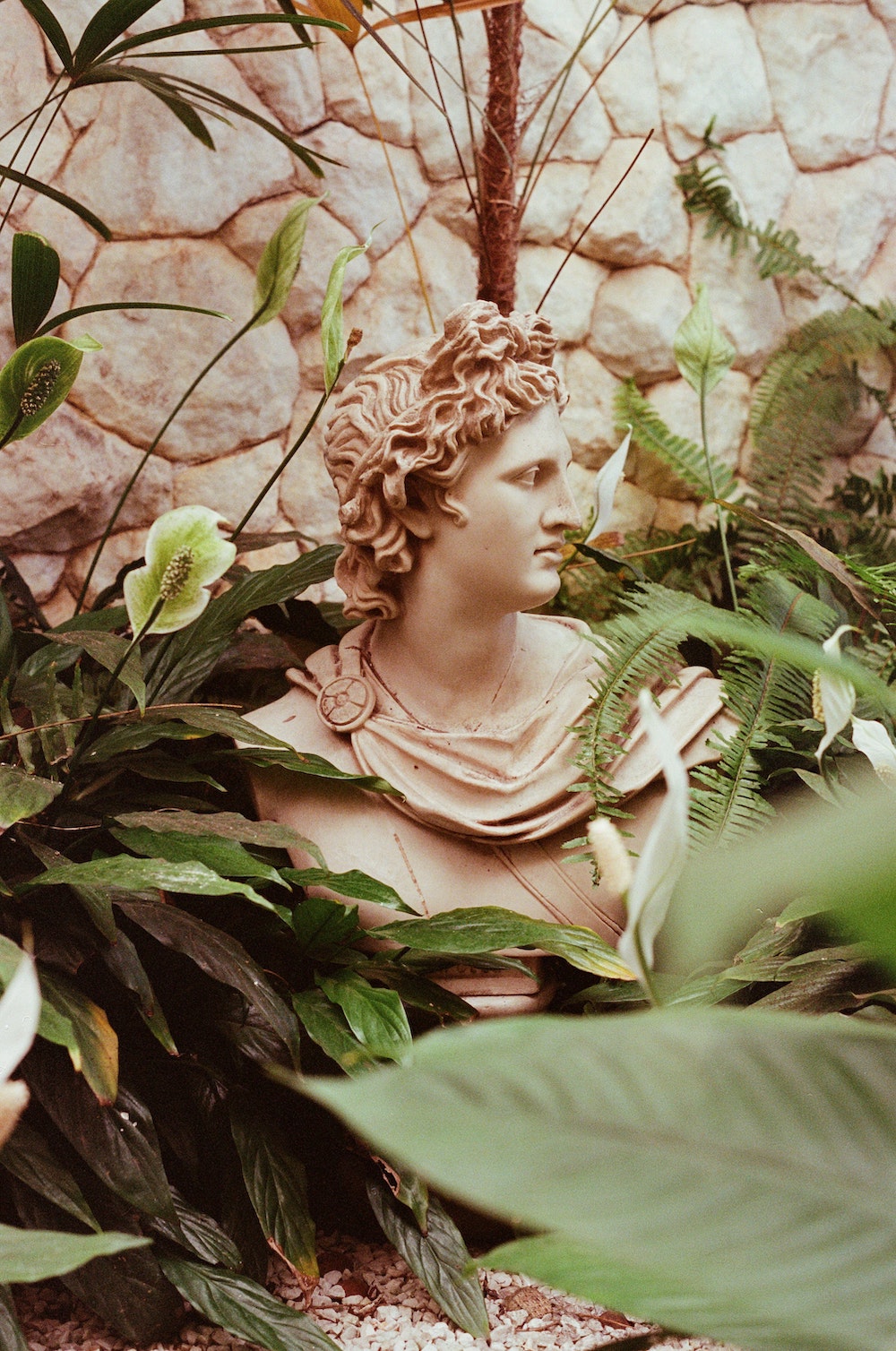 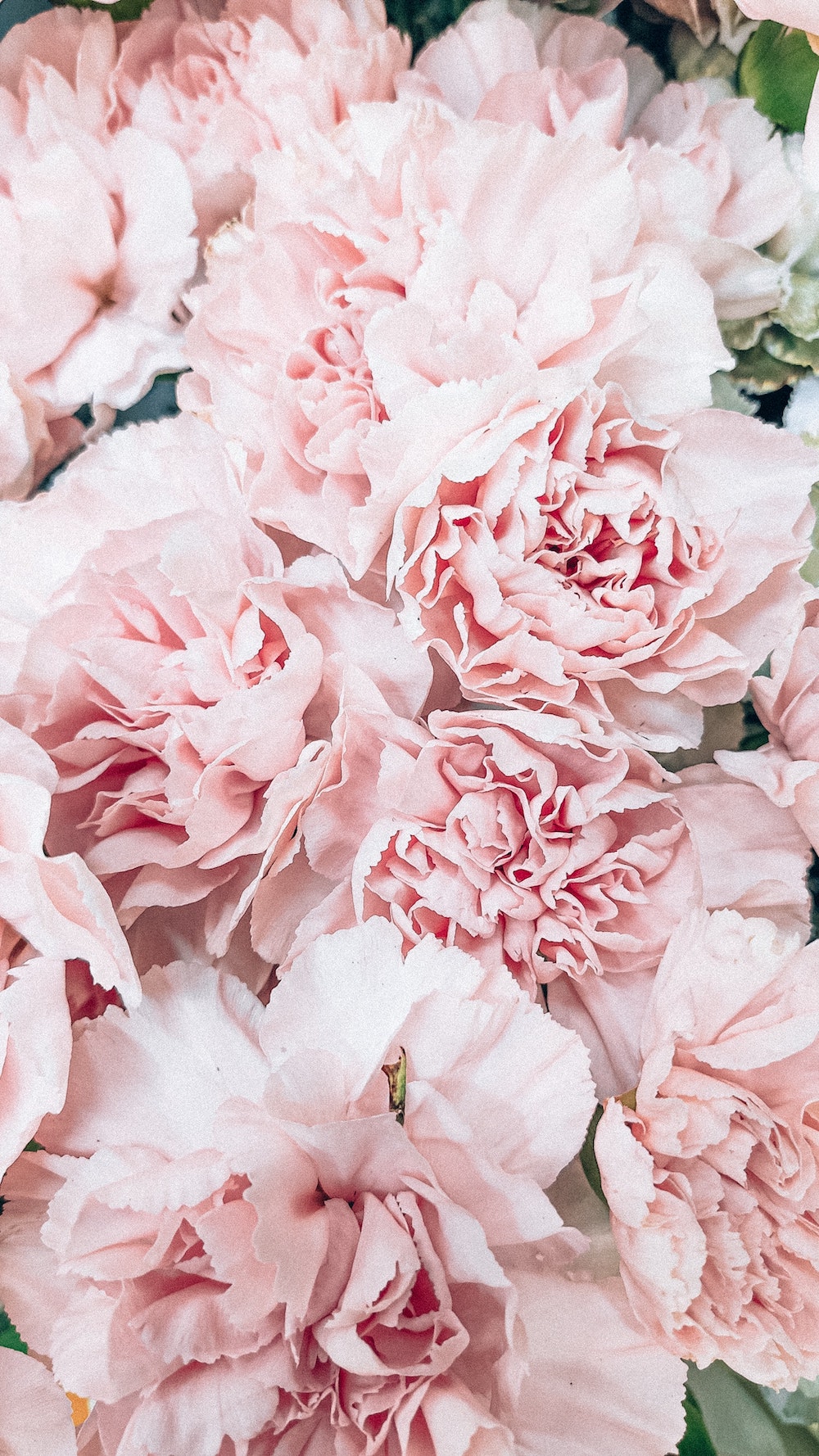 Ever wondered why the rose, of all flowers, is symbolic of romance? Well, jumble up the letters of 'rose' and you’ll discover that it’s an anagram of 'Eros', the god of love. Legend has it that Chloris, the goddess of flowers, stumbled upon a lifeless nymph while walking through the woods one day. Saddened by its death, she turned it into a flower so beautiful that all the gods would consider it the Queen of Flowers. Indeed, Aphrodite, the goddess of love, was so struck by its beauty that she named it 'rose' in honor of her son, Eros. 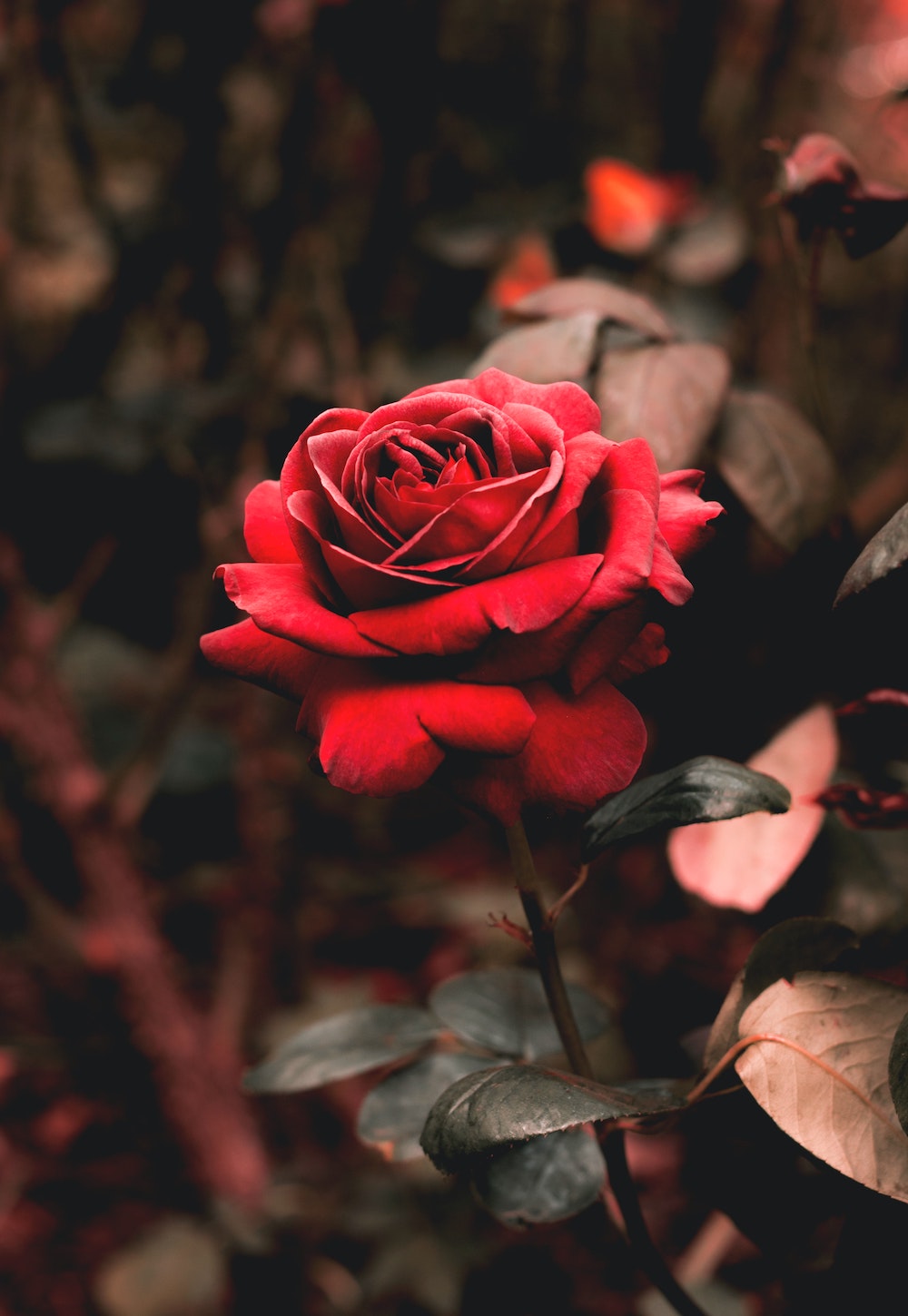 If that’s not dramatic enough, there’s a rival Greek myth that connects the red rose to devotion. The story goes that, upon discovering a plot to kill her mortal lover, Adonis, Aphrodite ran through a bush of white roses to warn him. Its thorns scratched her ankles and her blood turned the petals red. But the story of Aphrodite and Adonis doesn't stop there and actually continues with the anemone flower.

Greek ἀνεμώνη (anemōnē) means 'daughter of the wind', from ἄνεμος (ánemos 'wind'). Greek mythology links the anemone - sometimes called the windflower - to the death of Adonis, a handsome young man who was loved by two women; Persephone, the queen of the underworld, and Aphrodite (Venus), the goddess of love. One day, Adonis was gored by a wild boar during a hunting trip and died in Aphrodite's arms as she wept. His blood mingled with her tears and became the anemone flower. 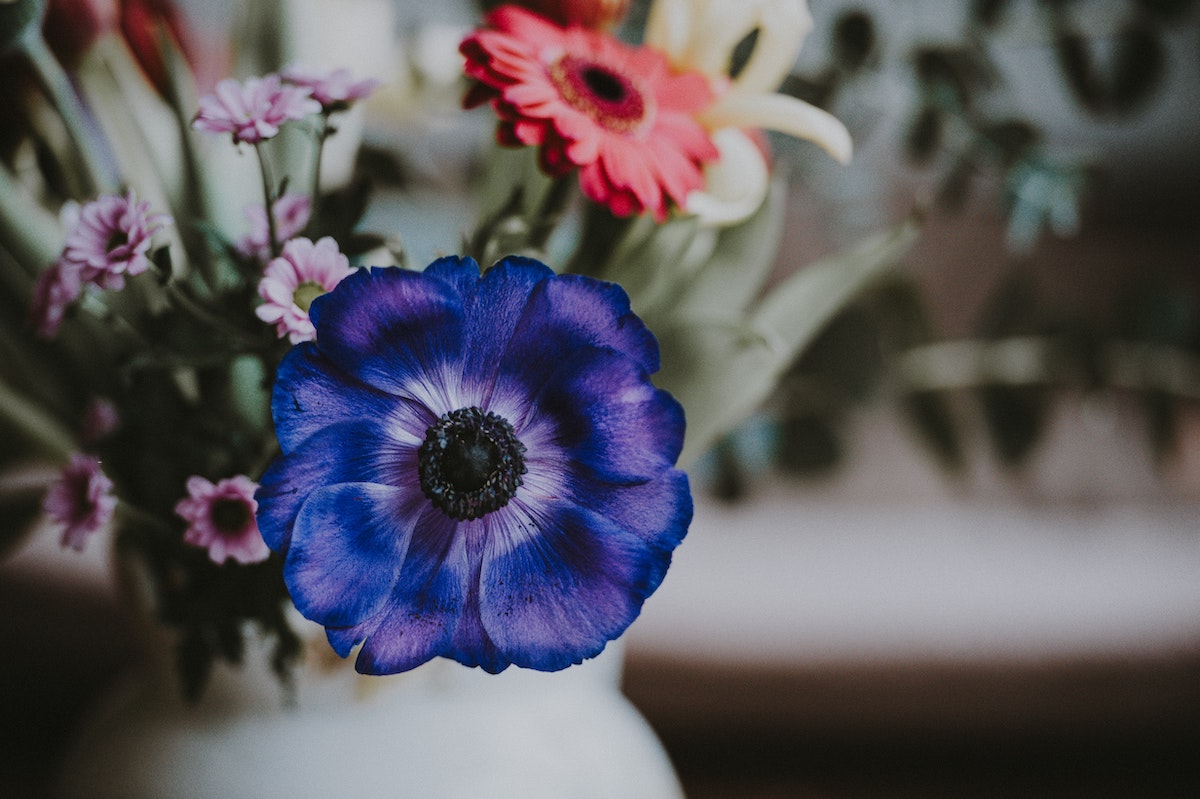 Aphrodite declared the Adonia festival commemorating his tragic death, which was celebrated by women every year in midsummer. During this festival, Greek women would plant "gardens of Adonis", small pots containing fast-growing plants, which they would set on top of their houses in the hot sun. The plants would sprout but soon wither and die. Then the women would mourn the death of Adonis, tearing their clothes and beating their breasts in a public display of grief. Said to bring luck and protect against evil, legend has it that when the anemone closes its petals, it’s a signal that rain is approaching.

Peonies may seem like a modern floral sensation, but they’ve actually maintained their iconic status for thousands of years. They are the traditional floral symbol of China, where they are known as the King of Flowers. In the Middle Ages, peonies were valued for their medicinal properties, and research has shown that they do actually have anti-inflammatory effects. On top of all this, peonies have two (slightly contradictory) Greek myths describing their origins. 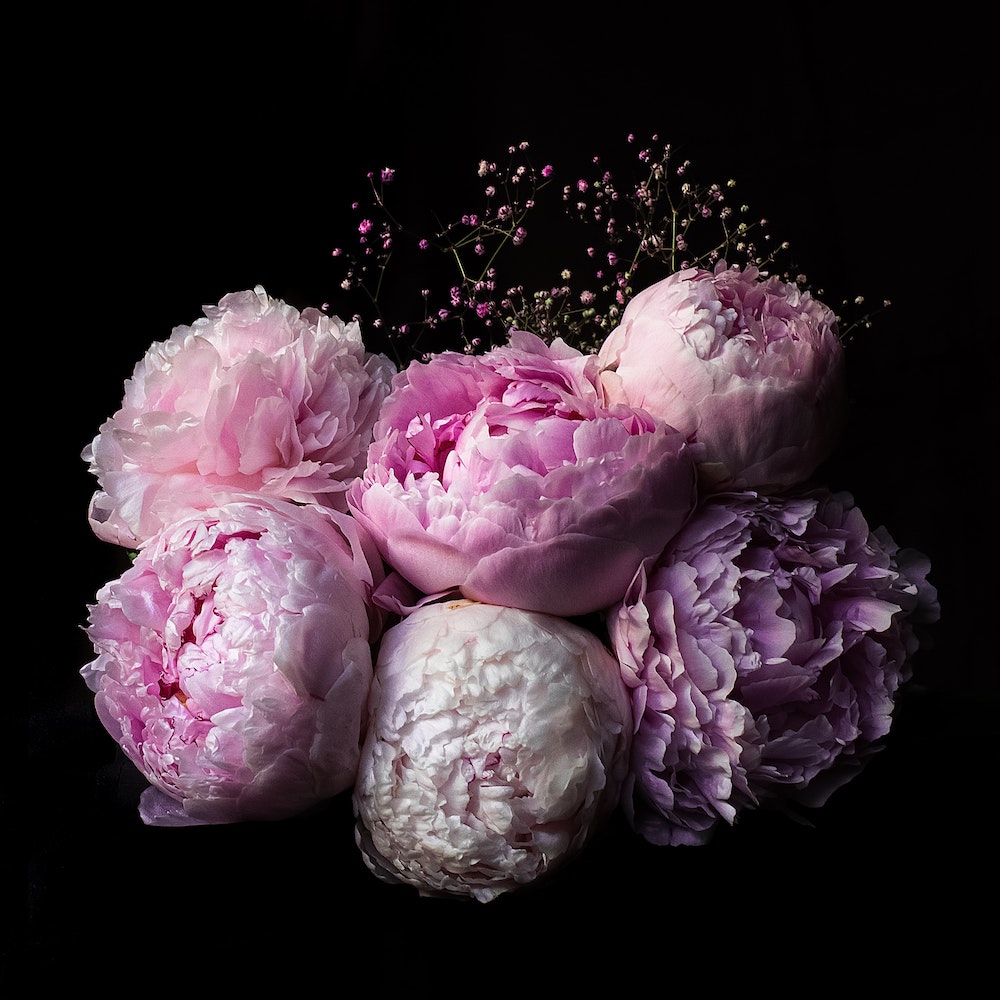 Myth one: The first myth describes Paeon, who was the Greek physician to the gods. Yes, you read that right – Gods apparently need regular medical checkups too. Paeon was an incredibly talented doctor, so naturally his teacher – Asclepius, the god of medicine and healing – flew into a murderous jealousy-fueled rage after Paeon successfully cured Hades of an ailment. To save his life, Zeus kindly transformed him into a peony. But is it really a favor when you have to be stuck as a flower for all eternity? 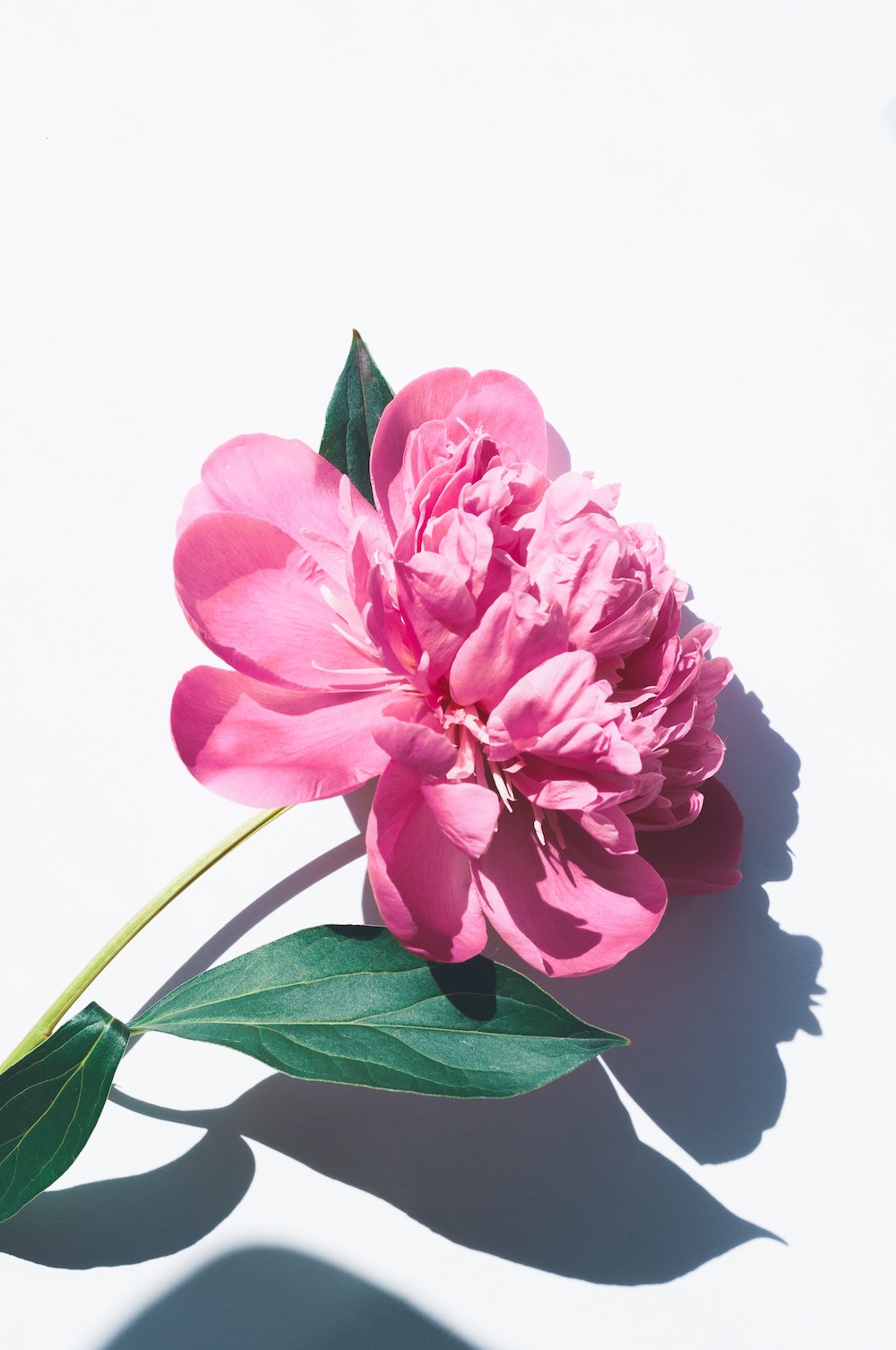 Myth two: This alternative myth describes a beautiful nymph Paeonia. Due to her exceptional beauty, Apollo had a bit of a thing for her. This, unfortunately, rubbed Aphrodite – goddess of love and beauty – the wrong way, causing her to fly into a murderous jealousy-fueled rage. Her revenge was to turn Paeonia into a red peony. It’s said that Paeonia blushed when Aphrodite caught her and Apollo flirting, and that’s why peonies symbolize bashfulness.

Being one of the popular flowers in Greek mythology, daffodil gets its name from a Greek figure named Narcissus. This God was cursed to fall in love and obsessed with his own self for his ignorance and selfishness. Narcissus was popular to have a handsome face but always getting into trouble for breaking others’ hearts. Indeed, people believed that he rejected a nymph named Echo and left her in despair. 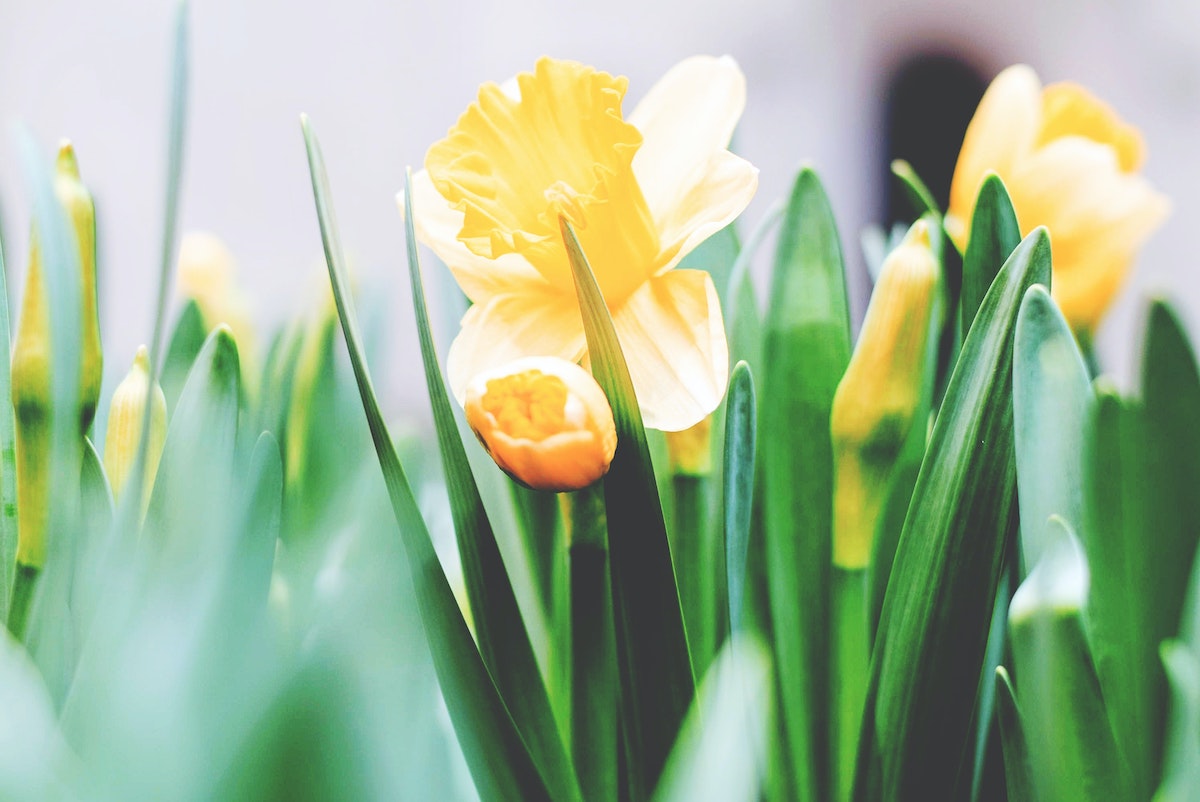 It turned out that Nemesis as the goddess of revenge decided to give mortal punishment to him by desperately loving his reflection. Sadly, it happened until his last breath. Yes, he was still obsessed with his reflection, and this flower suddenly budded in his place. The narcissus flower that is renamed as daffodil became a sign of unrequited love.

The botanical name for sunflower is 'helianthus', quite literally the combined greek words for 'sun' (helios) and 'flower' (anthos). The cheery yellow sunflowers symbolize adoration and faithfulness, but in fact, they’re associated with a brutal tale of betrayal.

Greek mythology tells it that a water nymph called Clytie loved Apollo, the sun god. He loved her too, until a mortal princess, Leucothoe, caught his eye. In revenge, Clytie told Leucothoe’s father about their affair, and he promptly punished his daughter by burying her alive (brutal indeed). 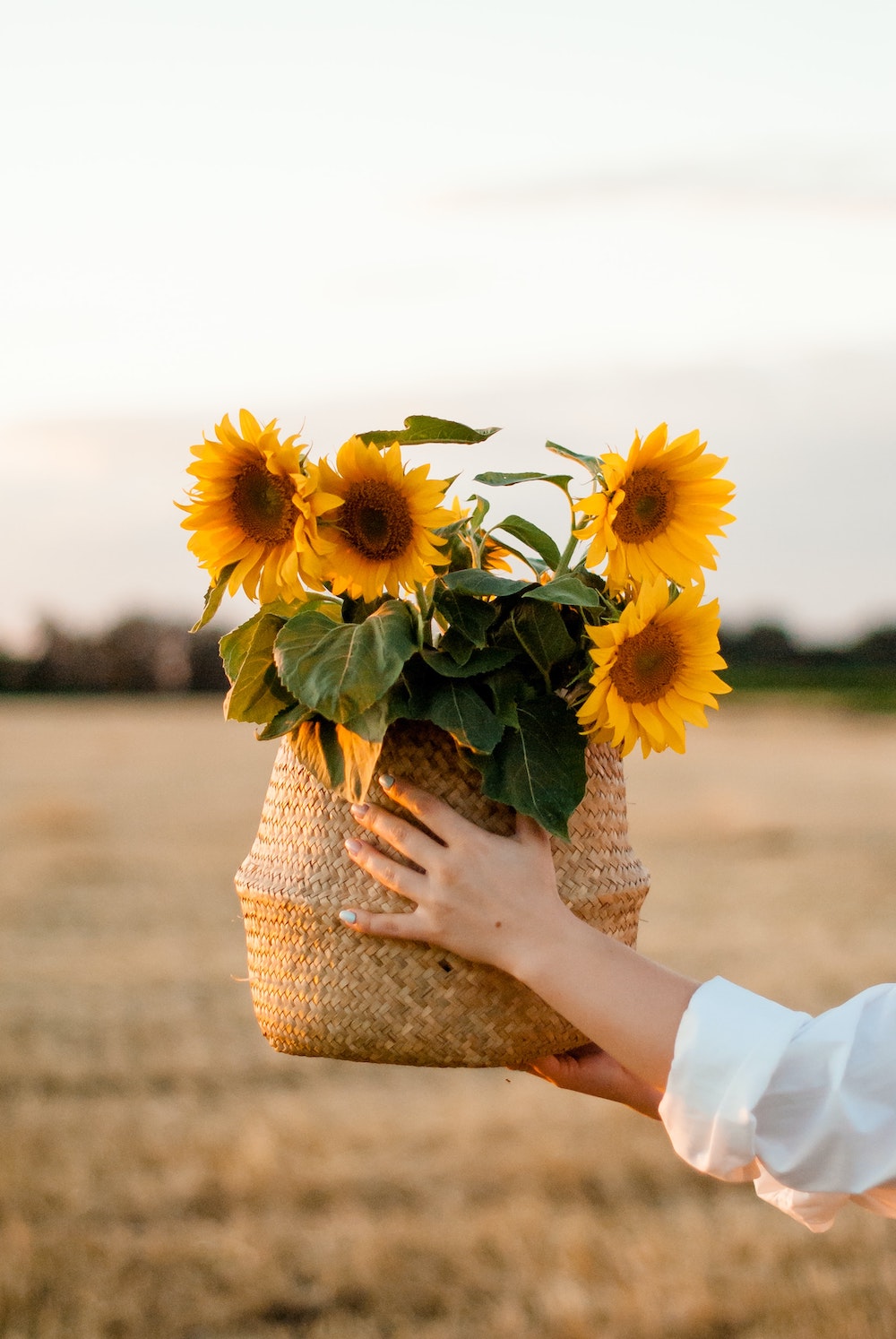 When he found out, an angry Apollo wanted nothing more to do with Clytie. To convey her despair, she sat naked without food or water for nine days, staring at Apollo. He continued to ignore her, and on the tenth day of her tragic strike, she was transformed into a sunflower, her face forever following her lost lover across the sky.

Hyacinthus was an incredibly handsome Spartan prince and hero in Greek mythology. His good looks attracted the attention of several gods, including Apollo the sun god (what a surprise), Zephyrus the West Wind, and Boreas the North Wind. Hyacinthus chose Apollo over his other suitors. As you can judge by the previous stories about flowers in Greek mythology, the other Greek gods responded in a totally rational and not remotely jealous way to his decision. 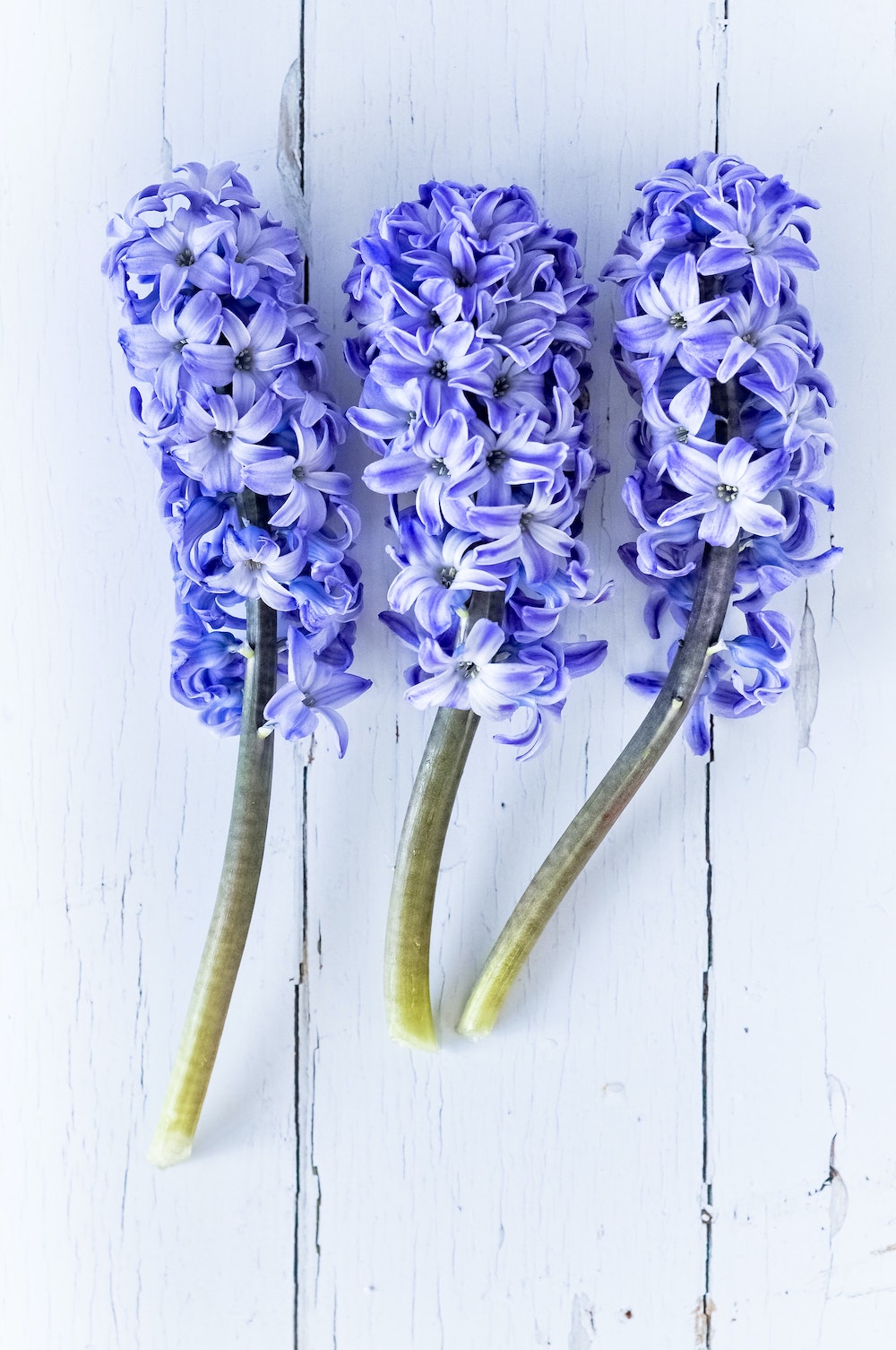 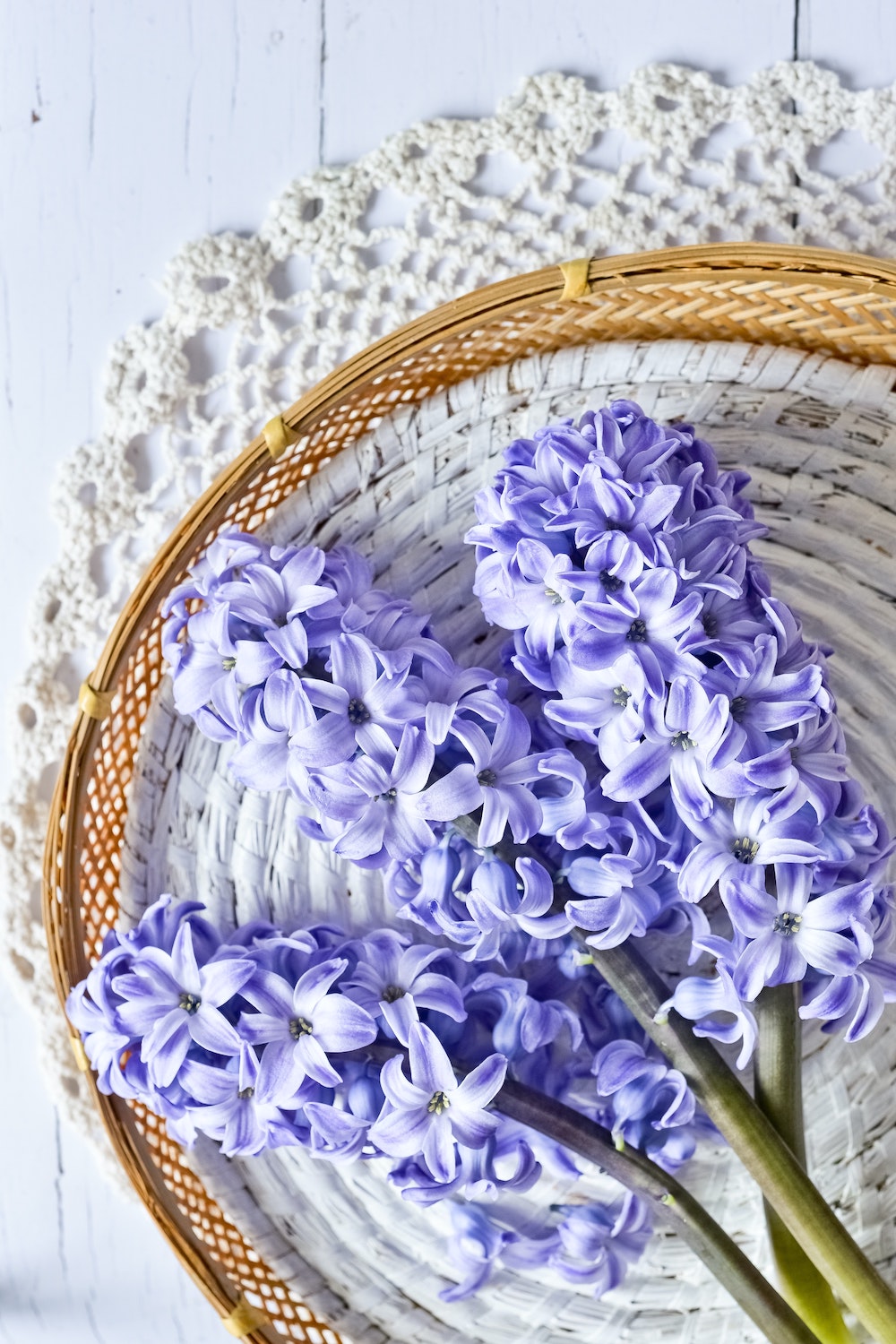 One day, Apollo and Hyacinthus were having a game of discus. Hyacinthus wanted to impress Apollo, and chased after the discus. Zephyrus chose this moment to make his move, and blew the discus at Hyacinthus’s head, killing him. Apollo was devastated and refused to let Hades take Hyacinthus’ soul to the underworld. Instead, he transformed Hyacinthus into the Hyacinth flower.

From the Ancient Greek word δελφίνιον (delphínion) which means dolphin, it is said to be how the plant got its name because of its dolphin-shaped flowers. In Greek mythology, after the death of Achilles, after the Battle of Troy, Ajax and Ulysses fought with each other over the body of Achilles. They would each have parts of him they decided, but could not agree on who should have the arms (creepy much?). 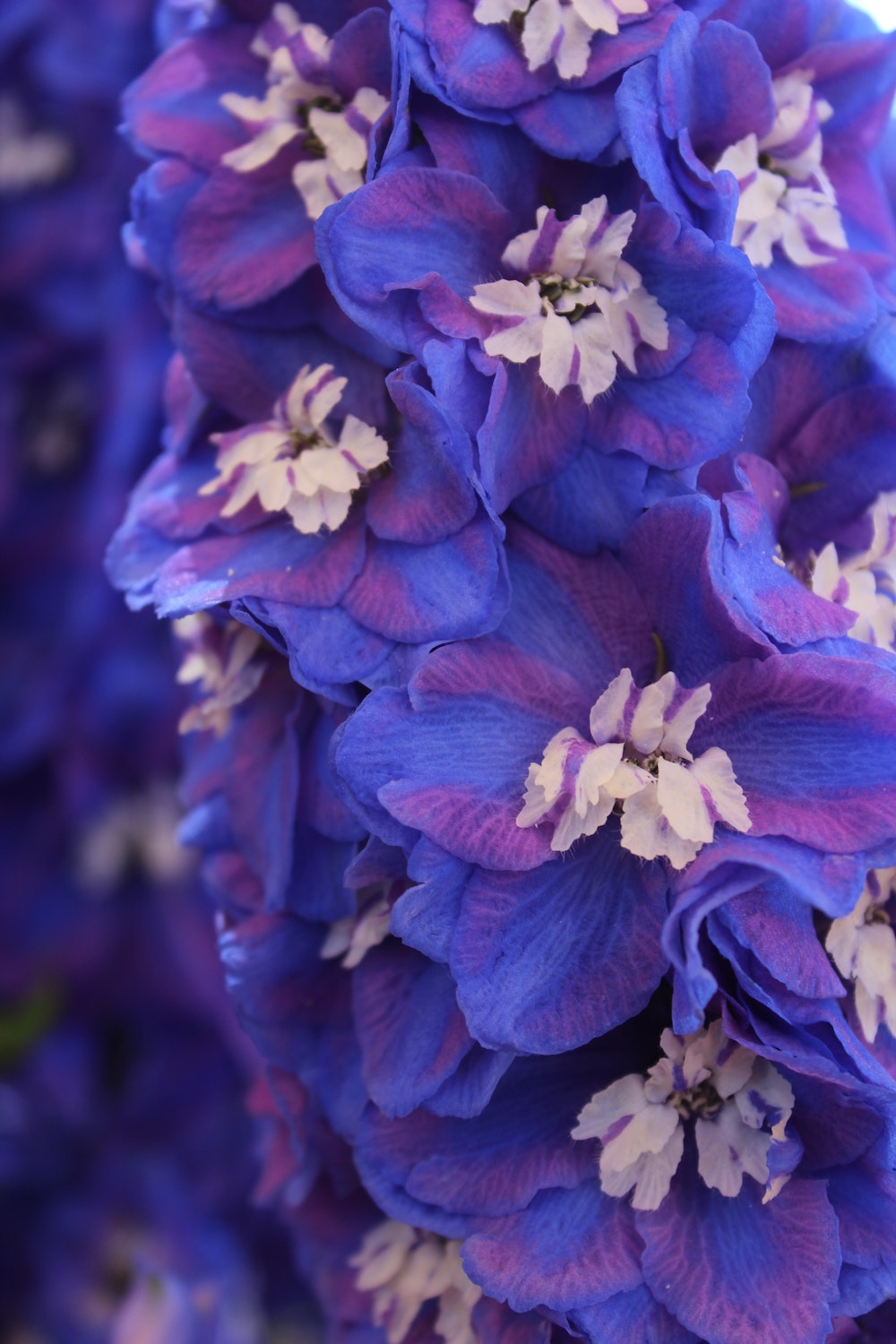 After some deliberation, the Greeks decided Ulysses should have them. Then, obviously, Ajax  - in a fit of rage - took up his sword and committed suicide, resulting in his blood pouring onto the ground. The larkspur, also known as knightspur, bloomed where Ajax’s blood had fallen. The letters A I A, the initials of Ajax, are believed to appear on the petals of the flowers as a remembrance of Ajax. 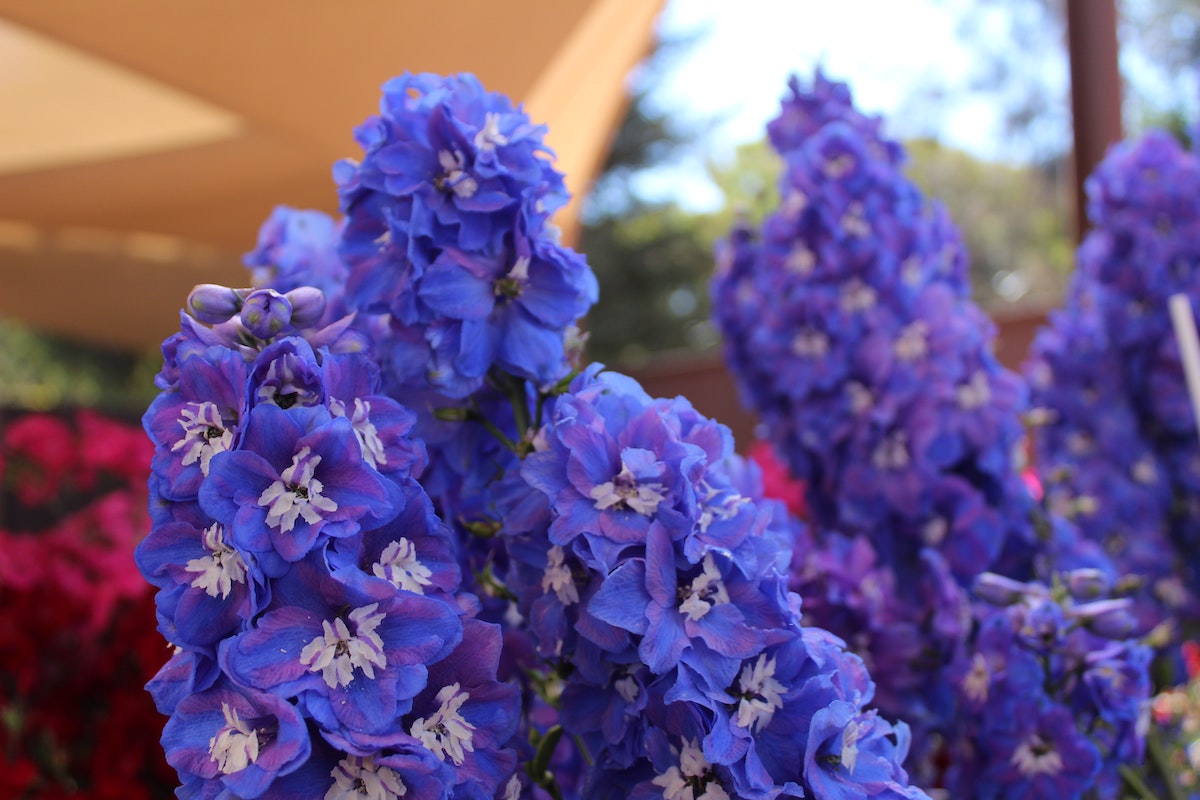 Conclusion? Flowers are beautiful and according to Greek mythology, of very significant value. Many flower names even find their origin in ancient Greece. But also, if you like your human form, never anger a Greek god because you might spend the rest of forever as a collection of petals. 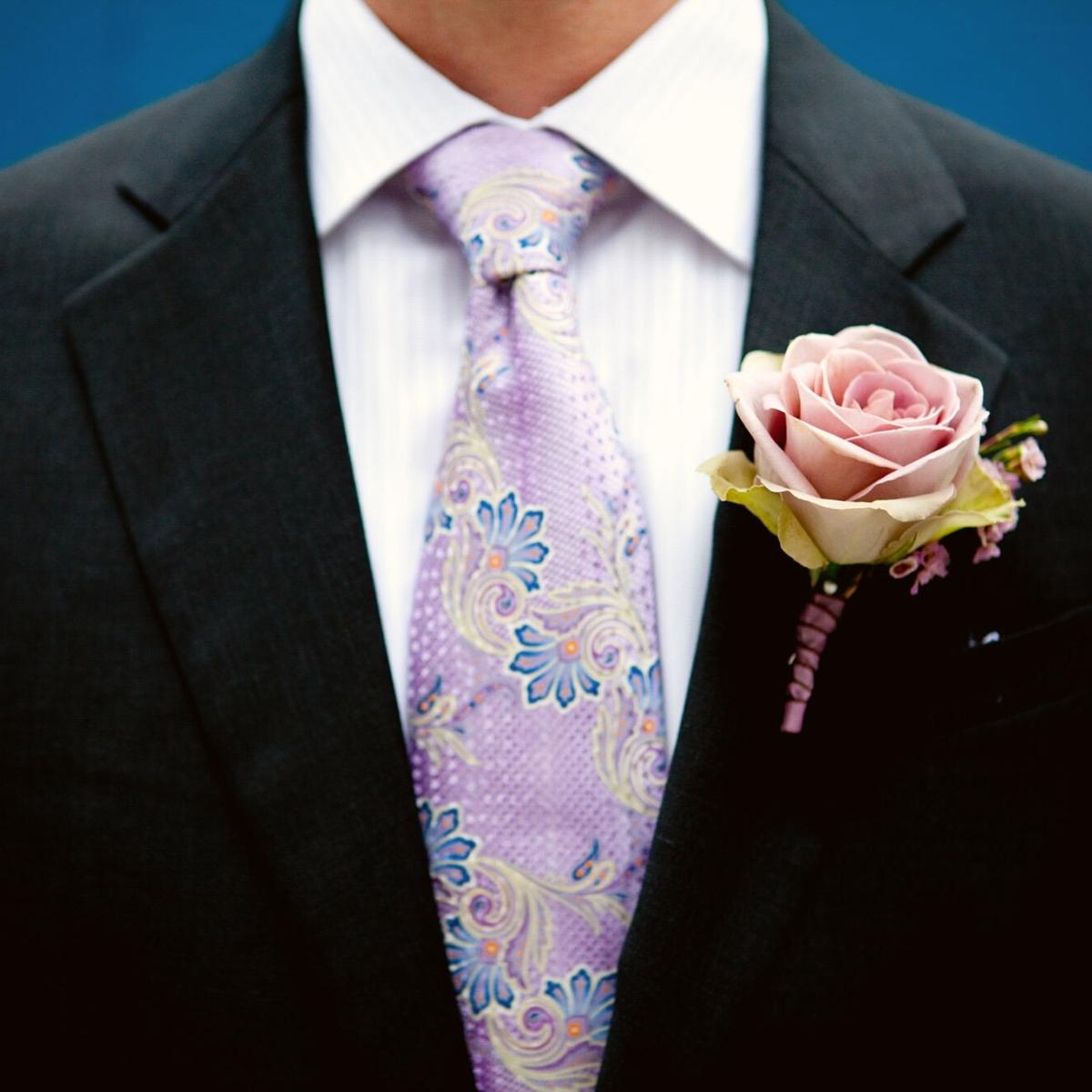 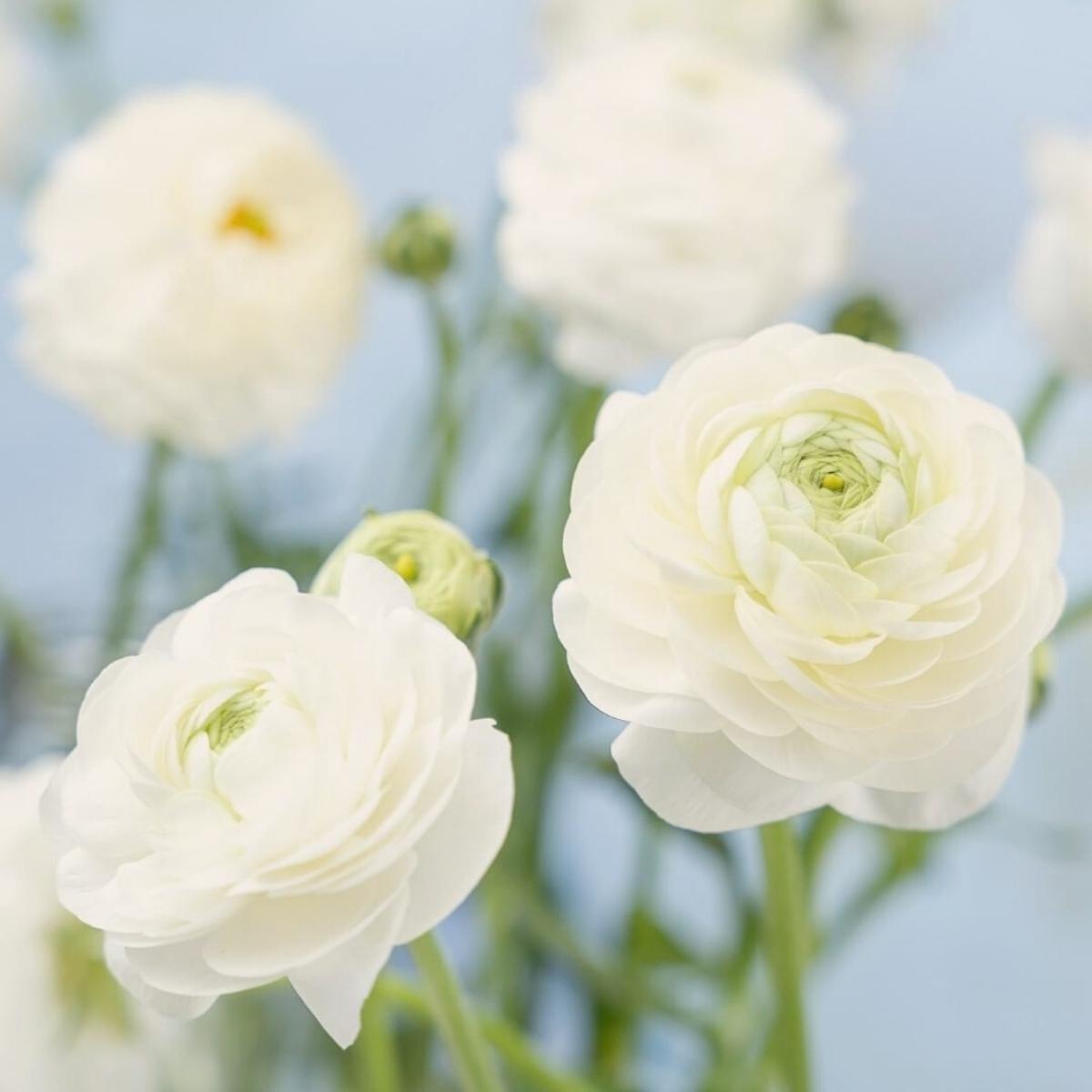 Flowers Novelties
Newest Ranunculus and Anemone Novelties Shown at IFTF International flower fairs are the perfect spot to catch up on novelties in the floral industry. Here are two beautiful ones that are very popular trend-setters.
Nov 23 | 3 min read 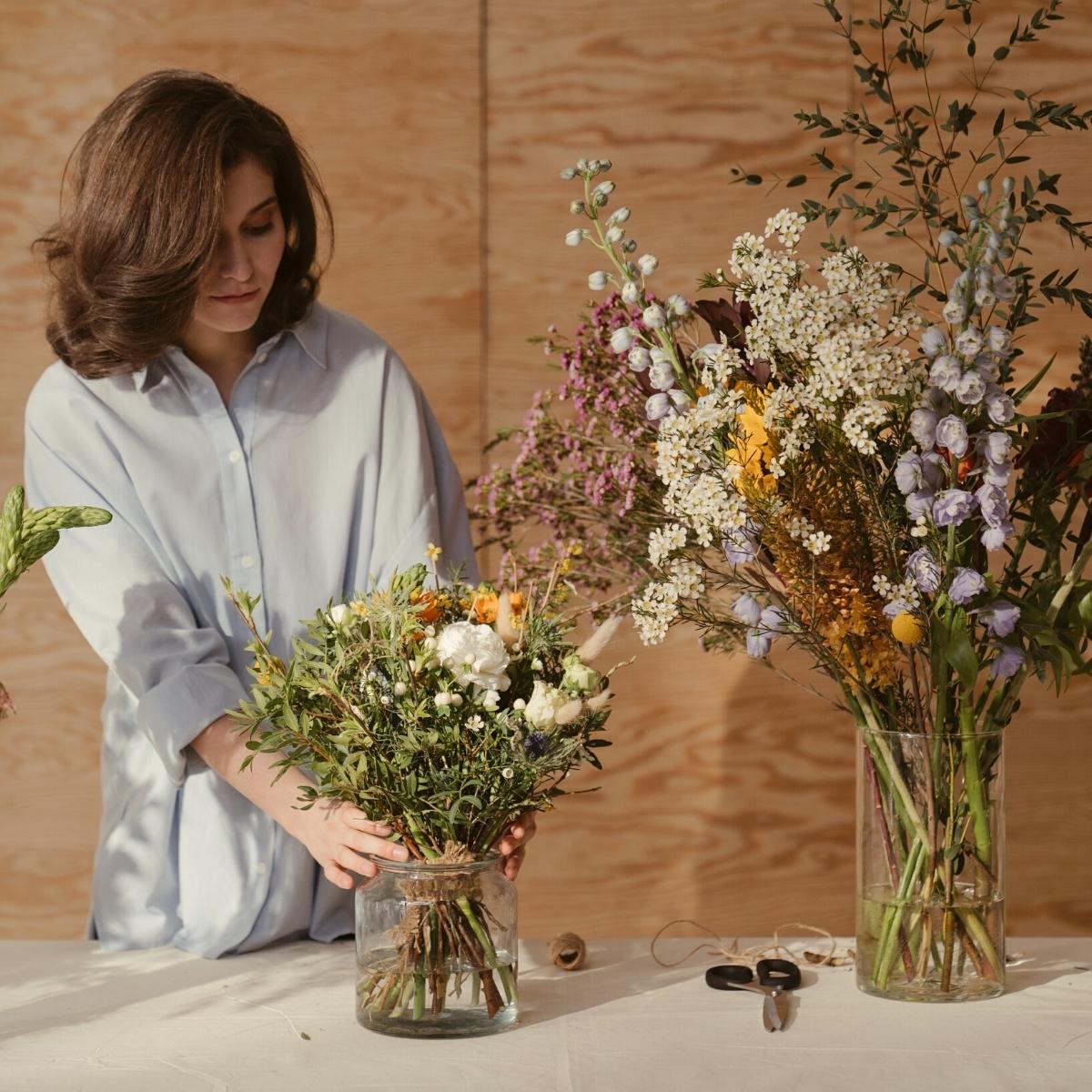 Explained Flowers
Secrets of a Florist: How to Learn to Create a Bouquet If you want to create spectacular arrangements, make sure to follow these amazing tips to nail your next floral creation.
Nov 10 | 4 min read 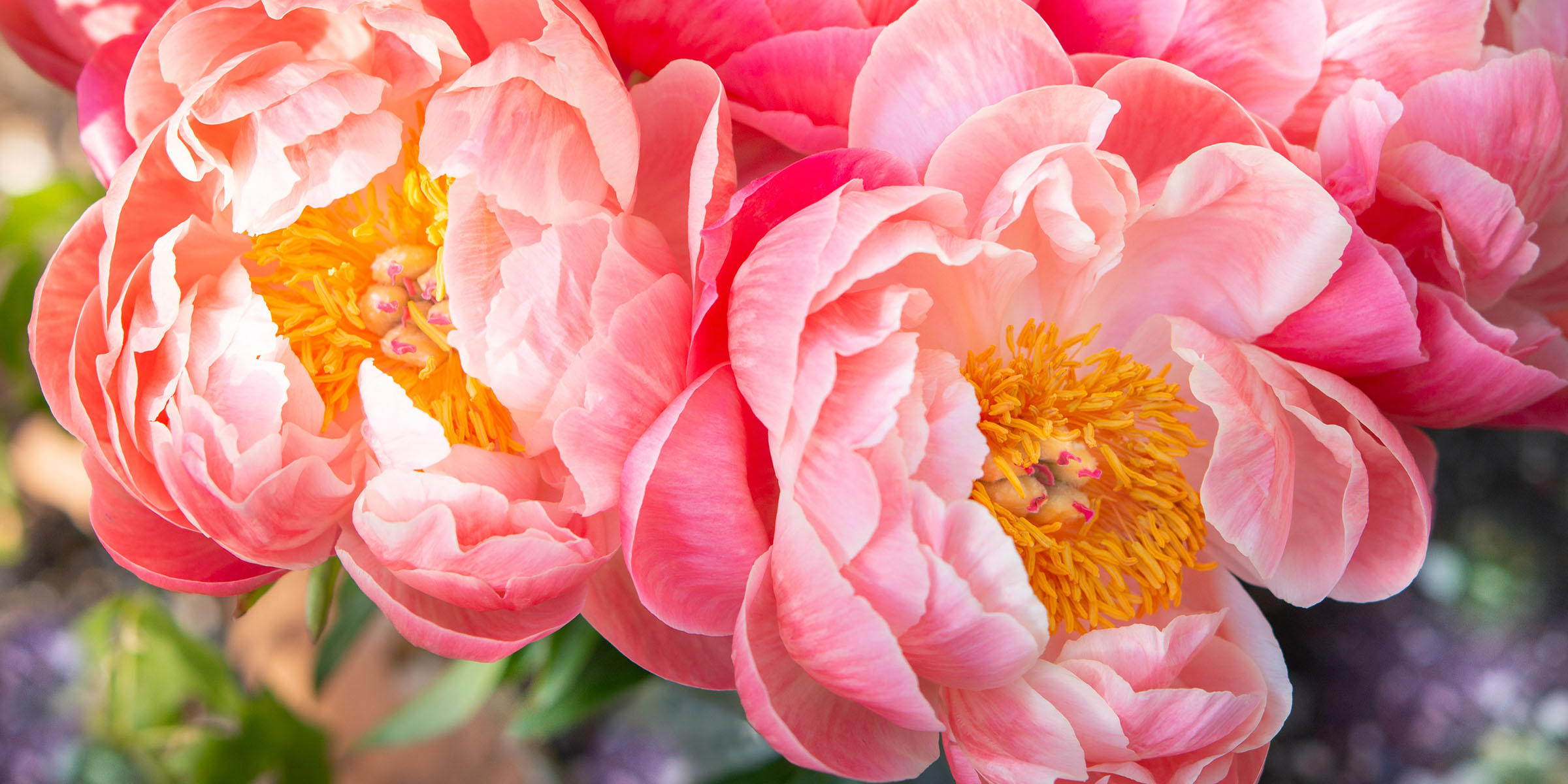 Essentials Floral Education
Peony is the Perfect Flower for June How to keep your peonies perfect? Here are the best tips from Chrysal and Dutch top grower Borst Flowers.
Jun 15 | 3 min read 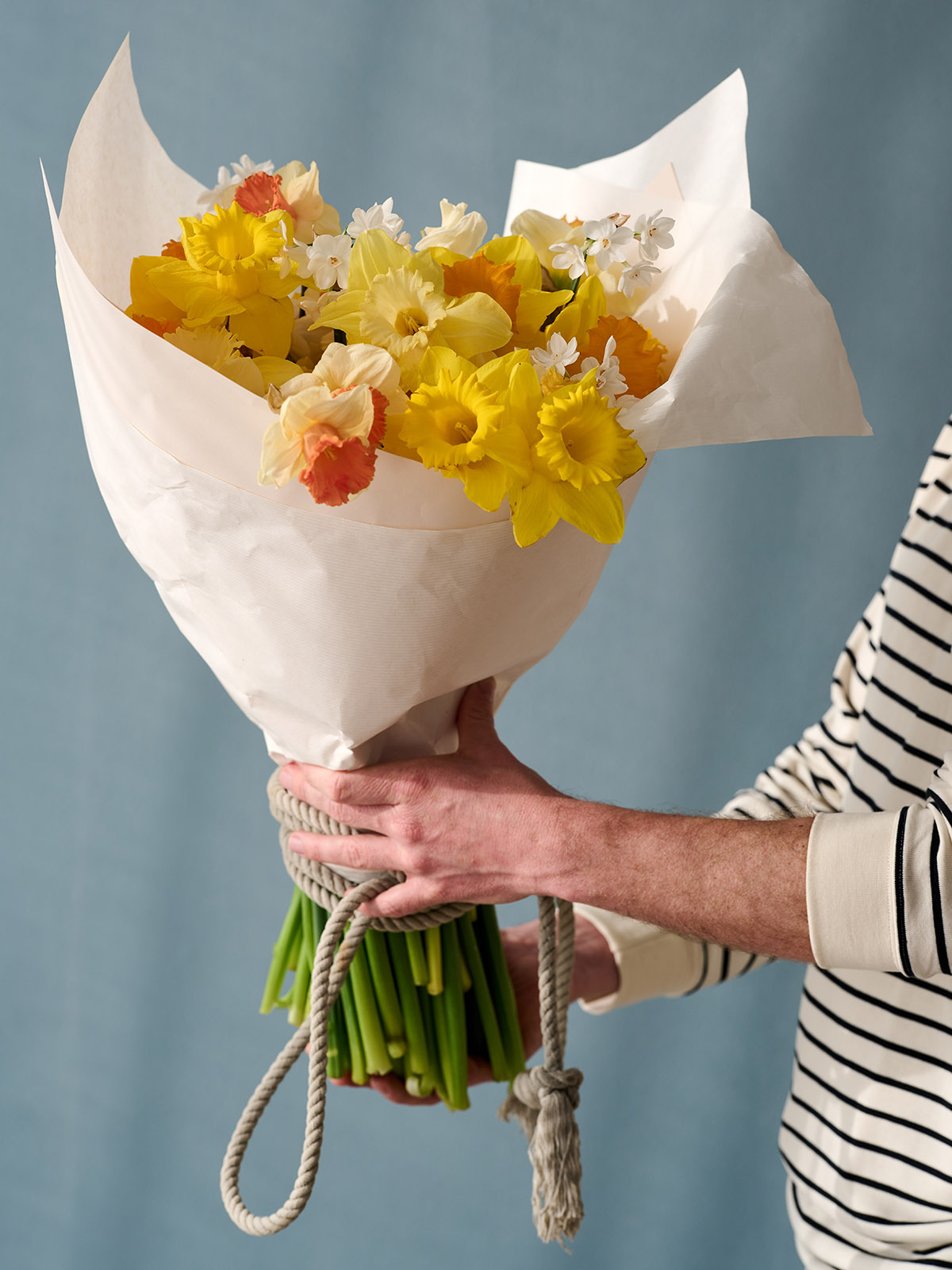 Essentials Floral Education Spring
Daffodils Bloom Better With Chrysal These are the tools from Chrysal to get the most out of your gracious King of Spring.
Apr 06 | 5 min read 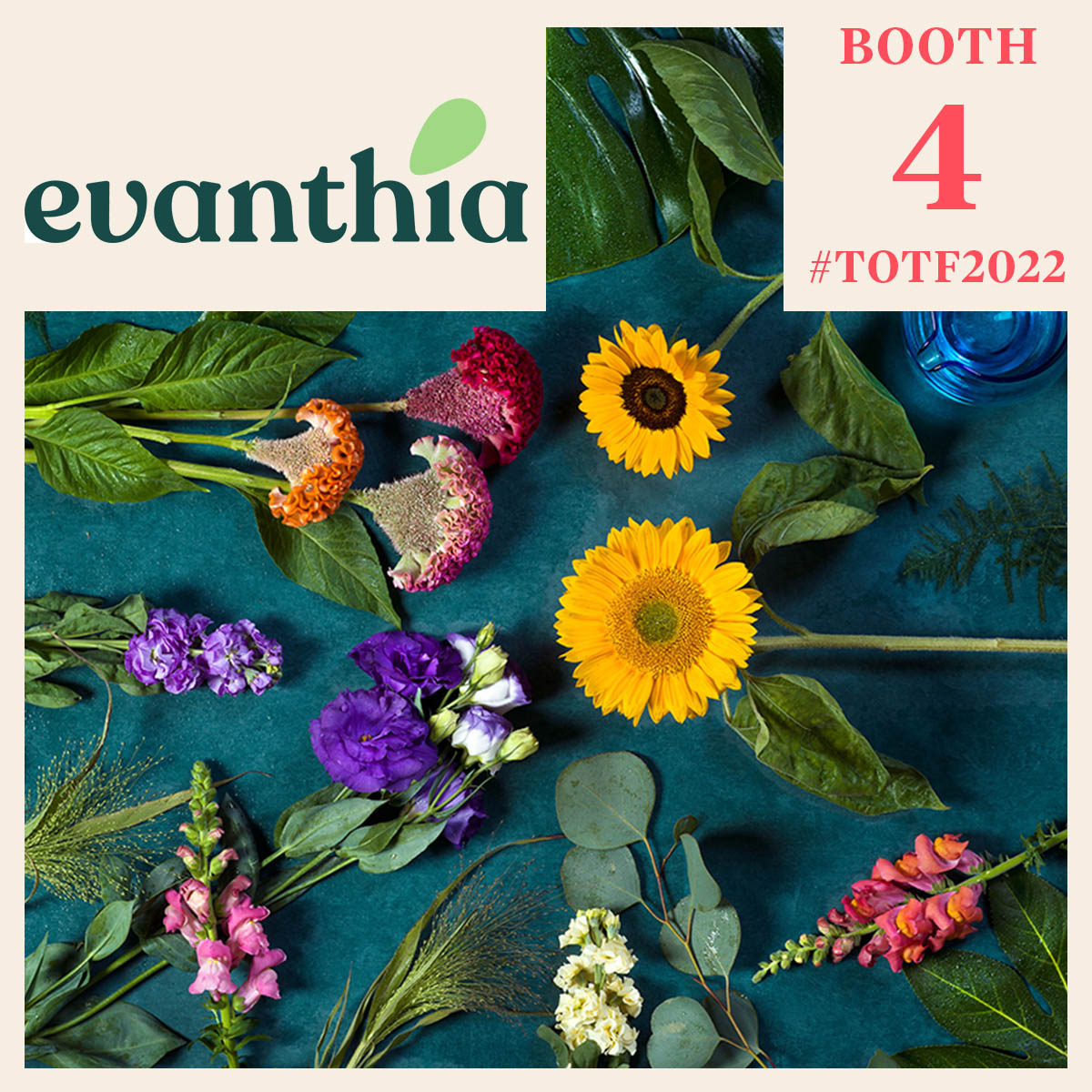 Events Flowers Winter
Evanthia’s Winter Listings 2022 A breeder’s choice for the start of an extraordinary floral year.
Jan 20 | 6 min read
ALL ESSENTIALS ALL FLORISTS ALL PRODUCTS ALL GROWERS ALL BREEDERS ALL TRADERS