A Quick Synopsis of the North American Flower Market

The history of wholesale flowers in the U.S. 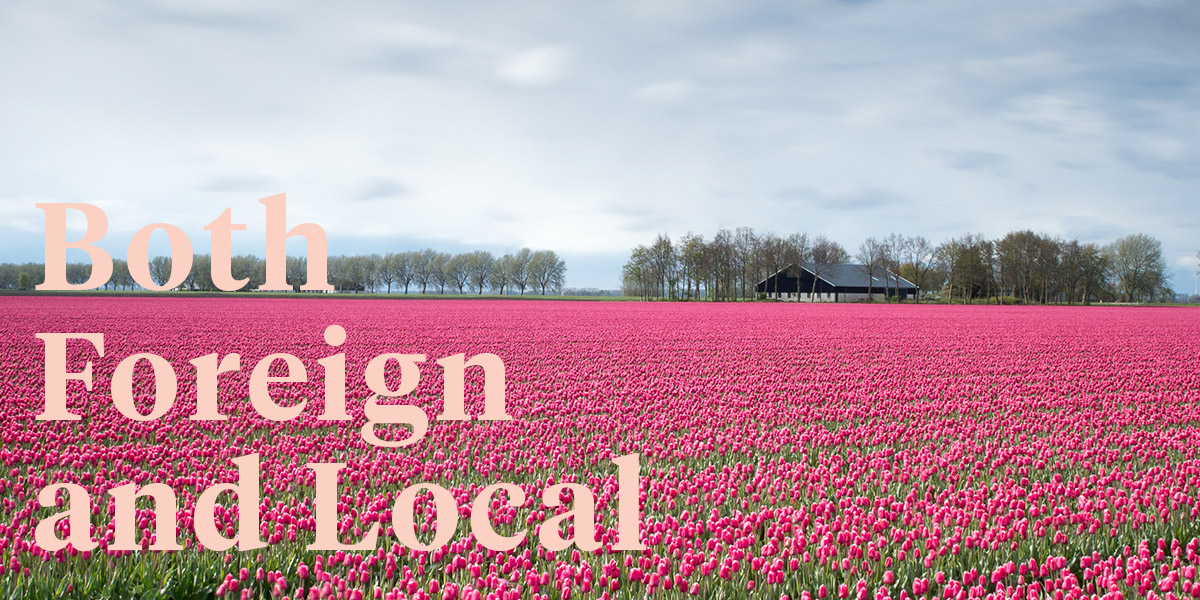 Cut flowers have been produced in the United States for centuries, with greenhouses reported as far back as the mid to late 1700s. However, while the U.S. wholesale floral market was once dependent on domestic production, this is no longer the case. According to the Produce Marketing Association (PMA), 82% of all cut-flower sales in the United States consist of imports. They’re mostly imported from South American countries like Colombia and Ecuador, with the most popular imported flowers, including carnations, roses, orchids, lilies, tulips, and gerbera.

U.S. Floral Production and Imports Through the Years

Before 1960, there were almost no fresh-cut flower imports to the U.S., and all demand was met through domestic production. Because the transportation of perishable goods wasn’t as sophisticated as today, production was mostly limited to the U.S. and Europe. 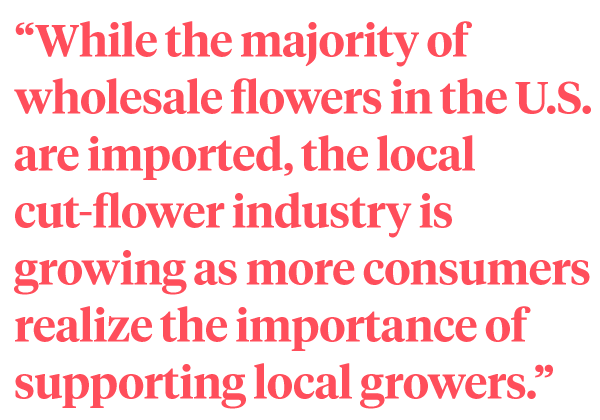 The U.S. has seen increasing demand for wholesale flowers since the late 1980s and has met this through imports. From 1997 to 2001, 60% of consumption was met by imports. Half of all floral imports are from Colombia and a quarter from Ecuador and the Netherlands. In 2013, Colombia’s flower exports were valued t $1.34 billion. The U.S. accounted for 75% of these, with the country importing $1.09 billion worth of cut flowers. Cut flower growers in the U.S. decreased from 3,120 in 1988 to 2,067 in 1998, a decline of 34%. As imports became cheaper, American growers shifted production to specialty cut flowers, flowers that weren’t imported in large volumes, and other floriculture crops. 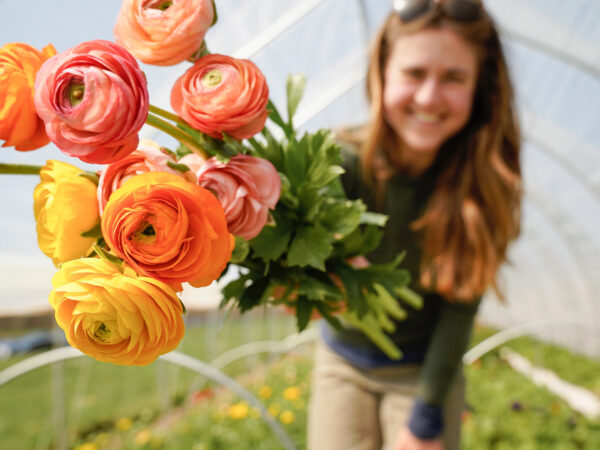 A bouquet harvest of ranunculus in the high tunnel at Pasture Song Farm in Pottstown, PA. Image courtesy of grower Zoe Schaeffer on Unsplash
.

In the 1900s, domestic cut flower production primarily took place in populated cities like New York City, Chicago, Boston, and Philadelphia. However, the development of the interstate highway system made transportation easier, and producers began to move to other areas in search of better growing conditions. This culminated in them settling in places like Colorado and California. While fresh flowers are now grown in almost every state, they’re mainly concentrated in Florida, California, and Hawaii. This is because the climates in these locations allow for year-round production. According to the USDA Floriculture Crops 2020 Summary, the wholesale value of floriculture crops was more than $4.65 billion in 2020, with Florida accounting for 24% of all wholesale value. California followed it at 21%, Michigan at 11%, and New Jersey and Ohio at 6% and 5%, respectively. However, domestically produced cut flowers only made up a wholesale value of $295 million in 2020. Of this, California accounted for 69% of total cut flower value at $203 million. 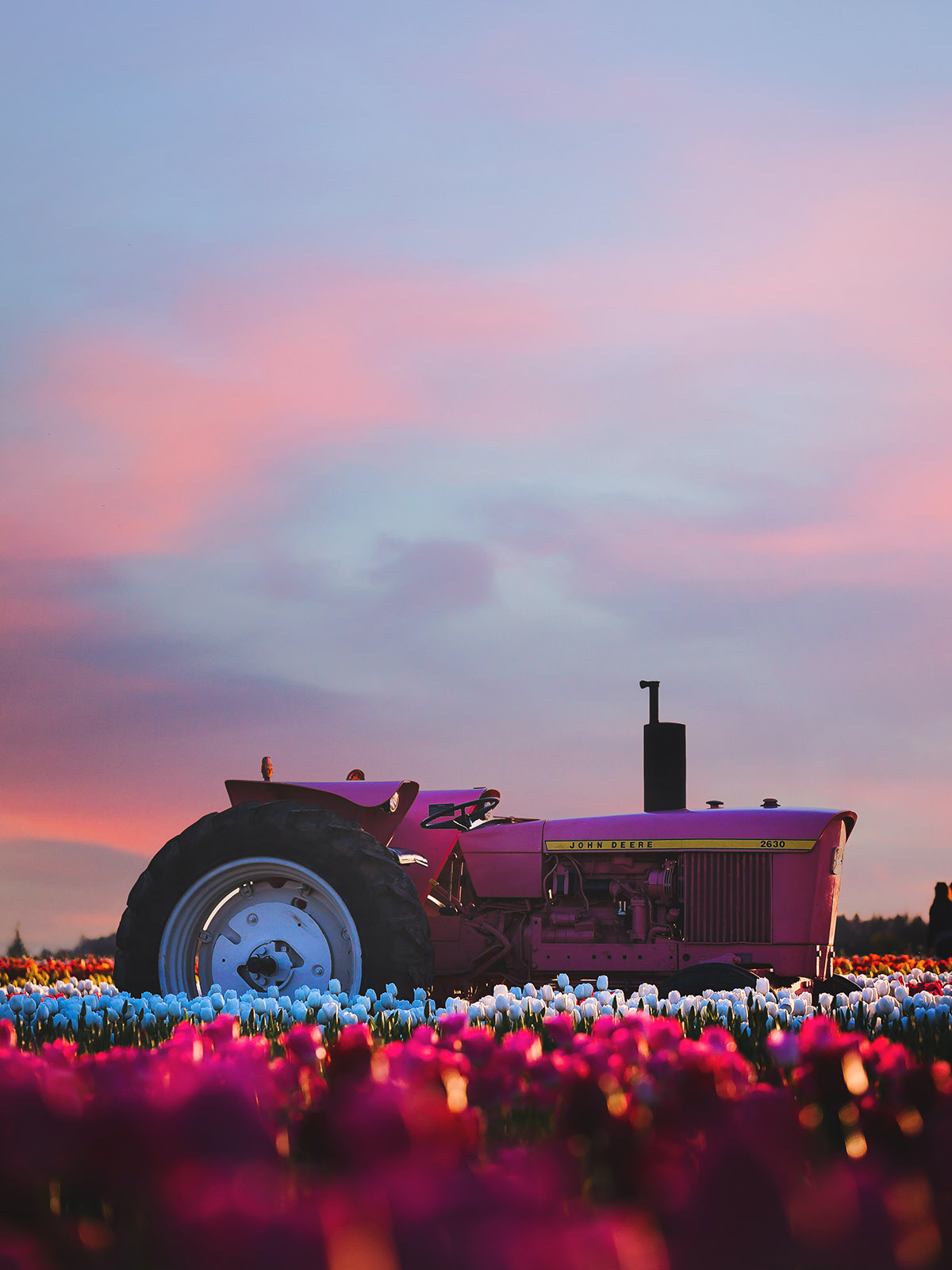 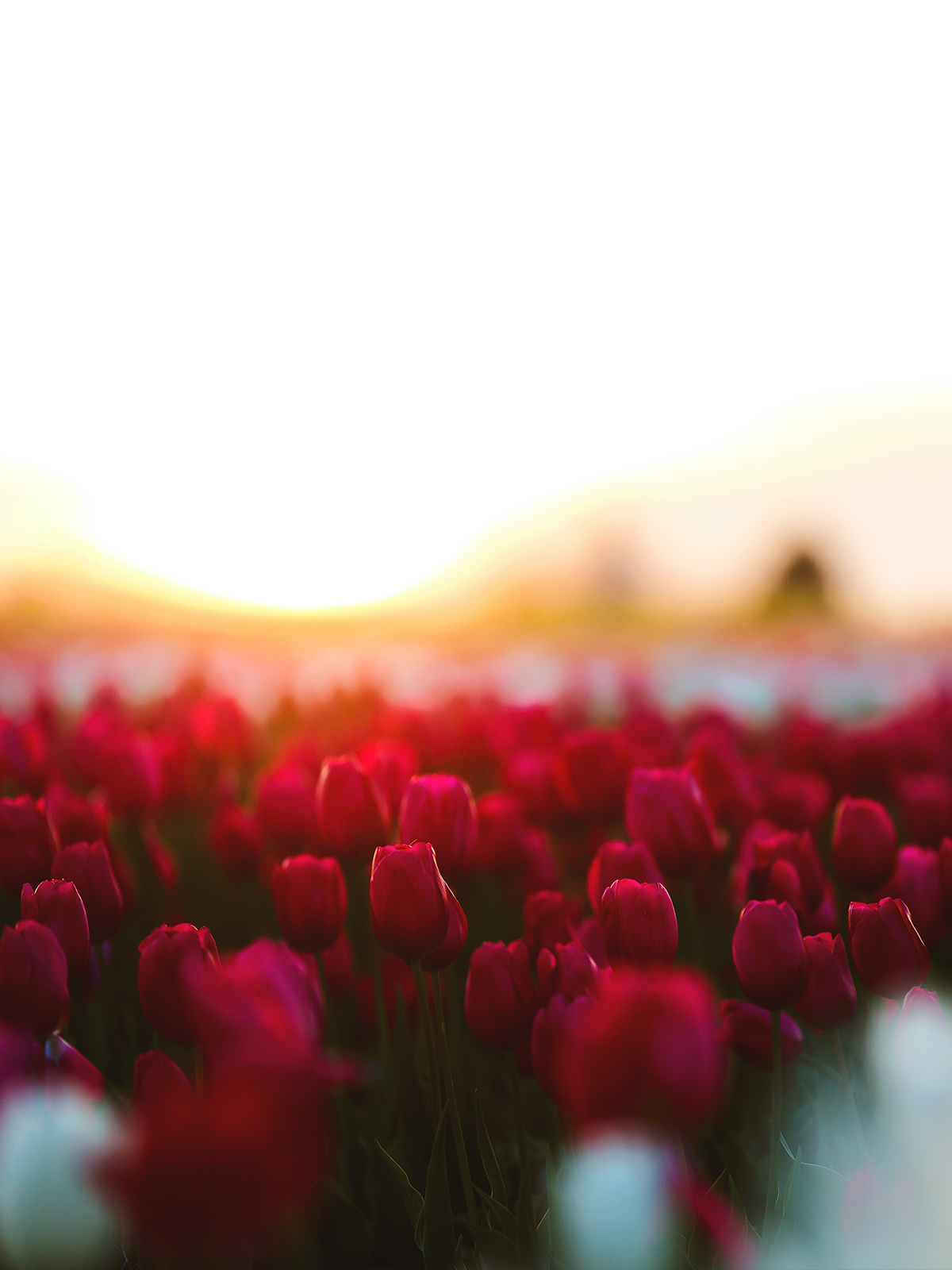 While the majority of wholesale flowers in the U.S. are imported, the local cut-flower industry is growing as more consumers realize the importance of supporting local growers. In fact, flower growers increased from 5,913 to 6,386 from 2015 to 2018. This can also be beneficial because, depending on the season, buyers can find more diversity in locally grown flowers than imported ones. The species of flowers imported from South American countries like Colombia and Ecuador are a fraction of the number grown locally. This is narrowed down further since not all flowers are durable enough to be transported. Many consumers are also opting for locally grown flowers because of the USDA regulations on pesticides, with the regulations for cut flowers being less harsh than those for imported edible crops. 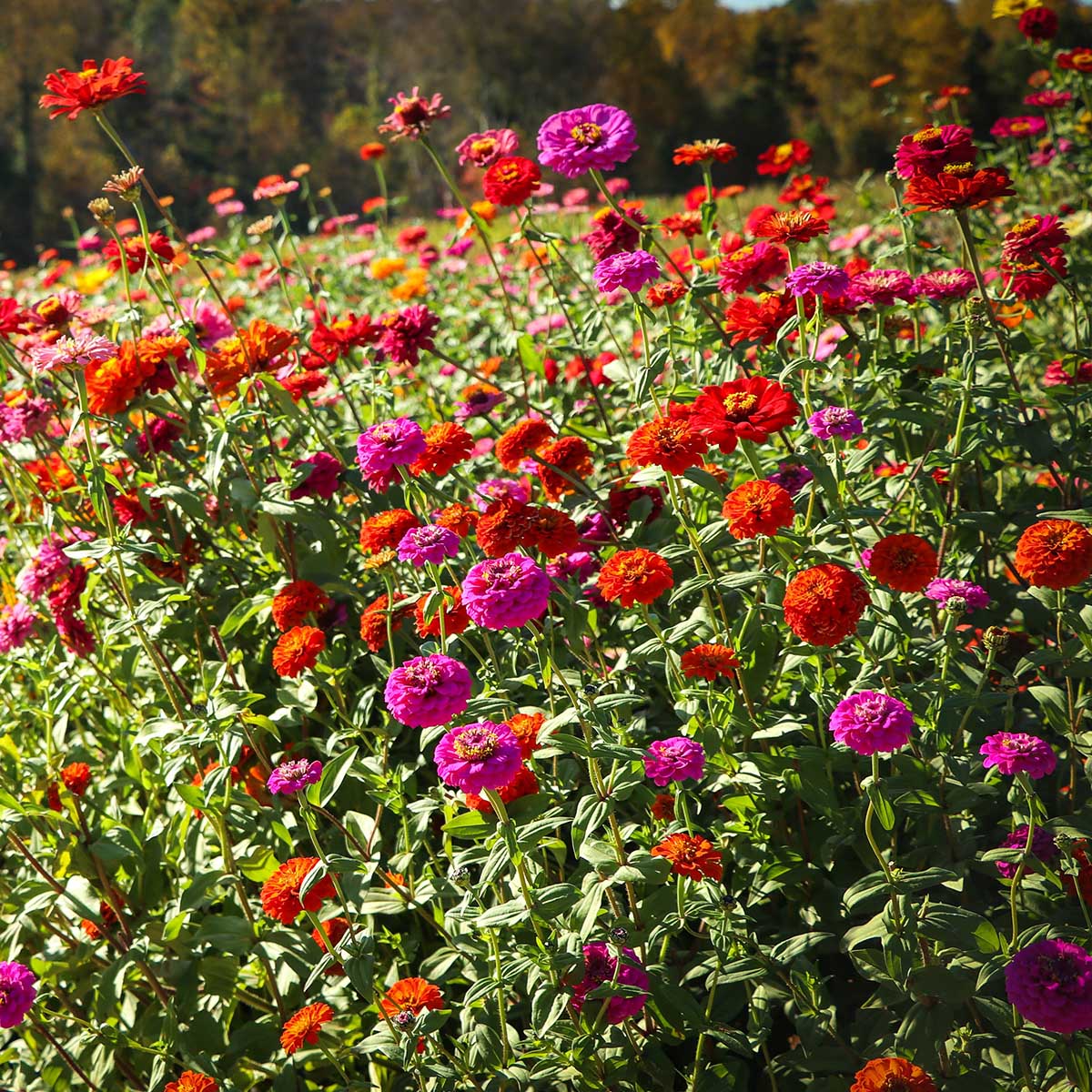 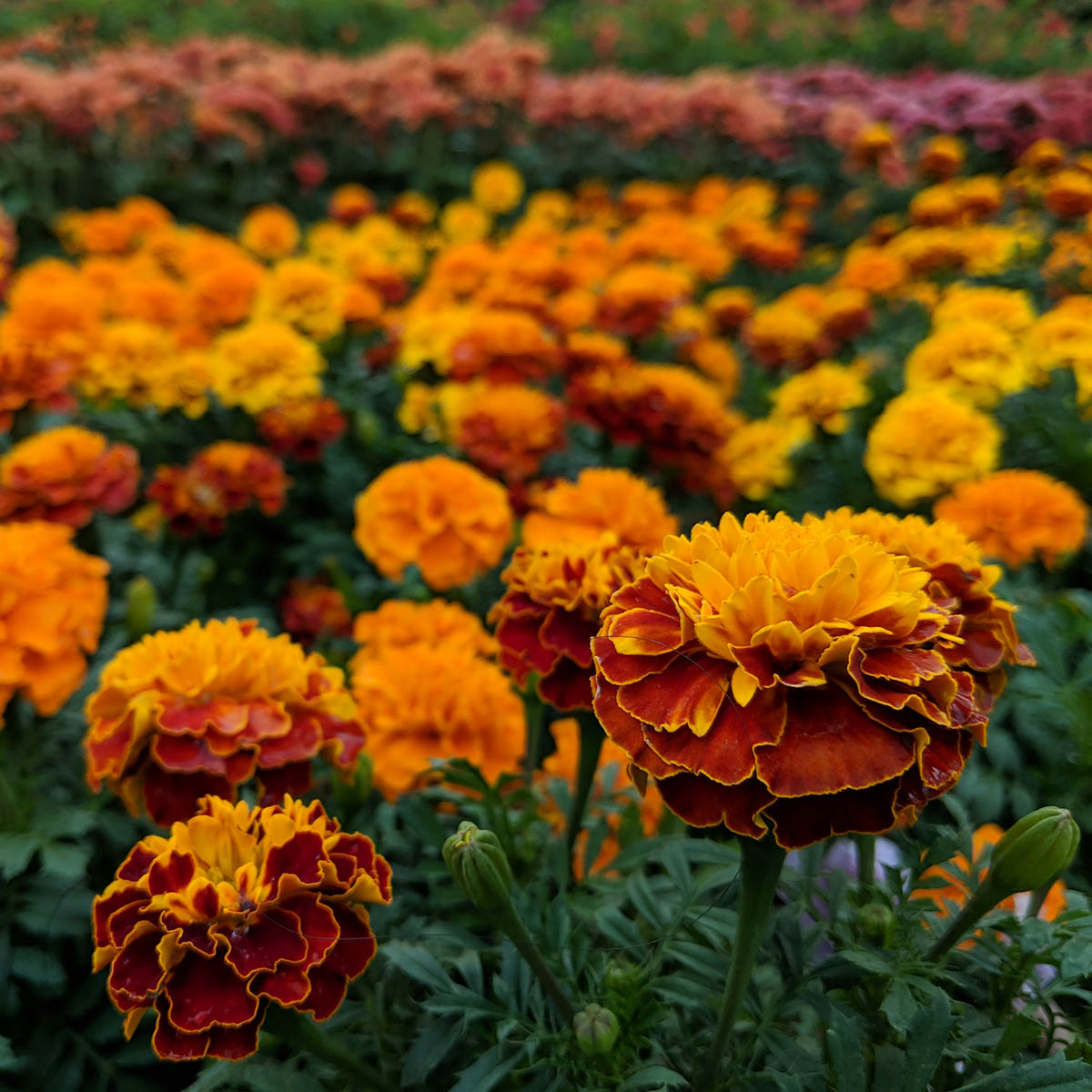 However, research has shown that consumers consider “local” production to be within 100 miles of a store or within the same state. This can prove challenging because the production of wholesale flowers is focused in fourteen states and countries outside U.S. borders. All in all, the floral industry is blooming and growing. The idea is to be as diversified as possible with product offerings. Florists and wholesalers alike are always looking for freshness and something different and not one country or region can support the demand. For more insights into wholesale flowers or for flower industry consulting services, reach out to us at New Bloom Solutions here. 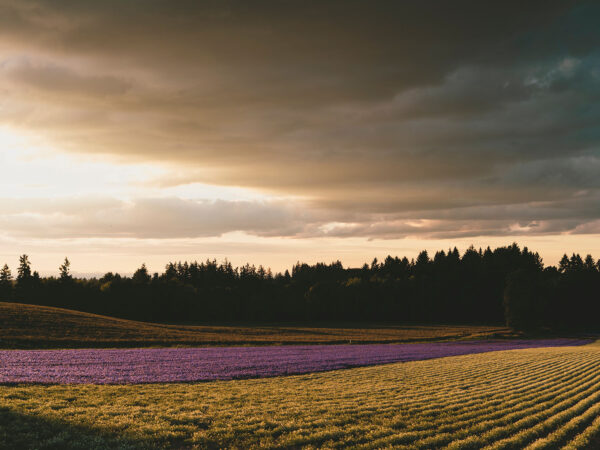 With over two decades of cross-segment experience, I've witnessed the flower industry's metamorphosis first hand. From the introduction of digital commerce, social media, and venture innovation—I have a clear understanding of the limitations, and the opportunities available to the stakeholders of our markets. ​The segments of our supply chains are strictly fragmented, in ways that can at times inhibit our own growth potential. For many outsiders coming in, 'disrupting' our long-standing processes seems almost too easy. However, New Bloom was founded on a firm belief that it is those that best understand each corner of this industry who will be most apt to transforming inefficiencies into innovation—and delivering long-term, sustainable growth.

Events
It's Time to Get Your Business Marketing in Shape From staying on top of industry trends to connecting with your audience, great marketing is essential for a growing business.
Nov 24 | 4 min read 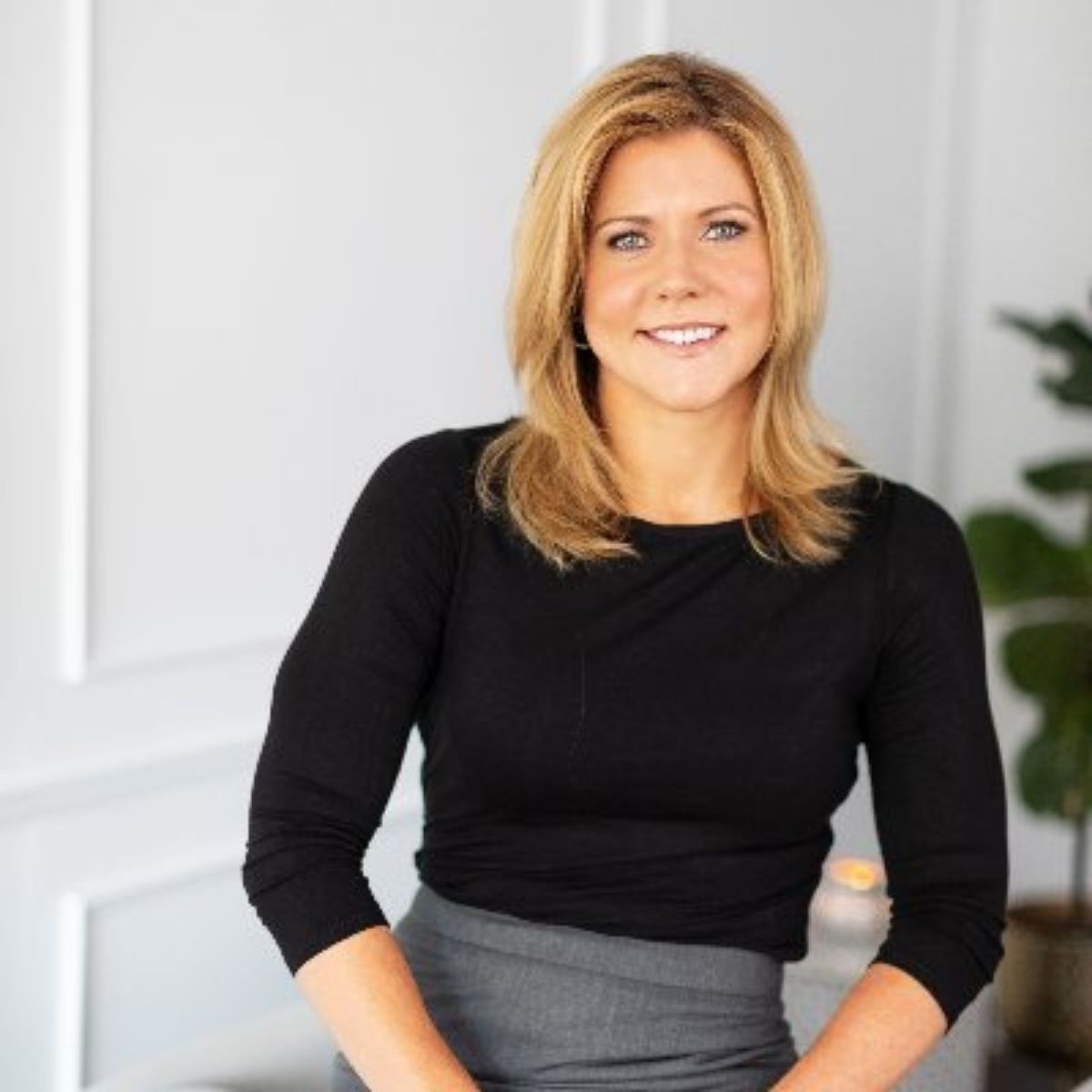 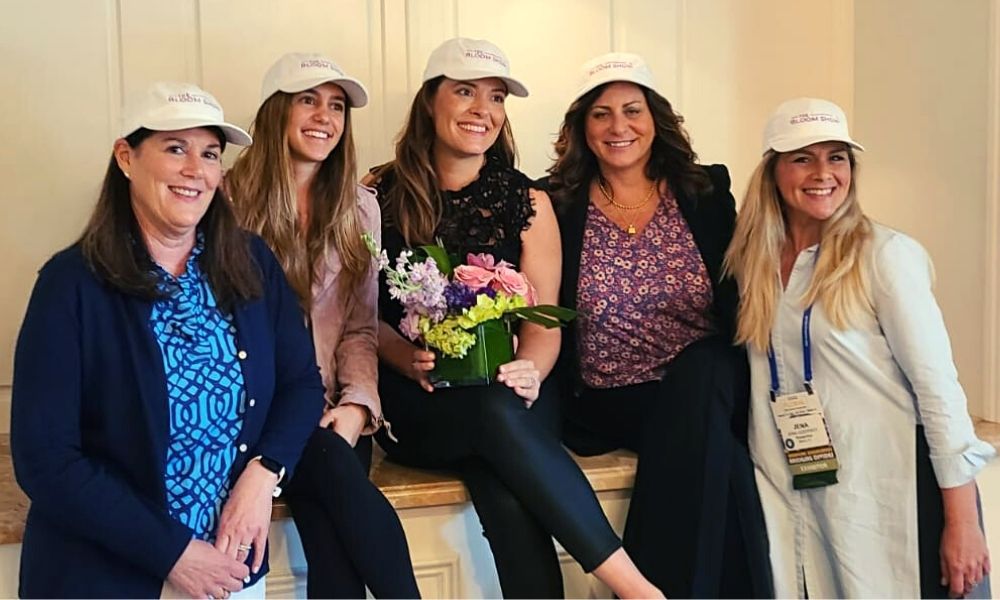 Events Interviews
The Bloom Show Covers WFFSA Women's Day Roundtable 2022 Five leading women in the floral industry come together on women's day to give their views on how to interact with love and passion in the field.
Mar 27 | 5 min read 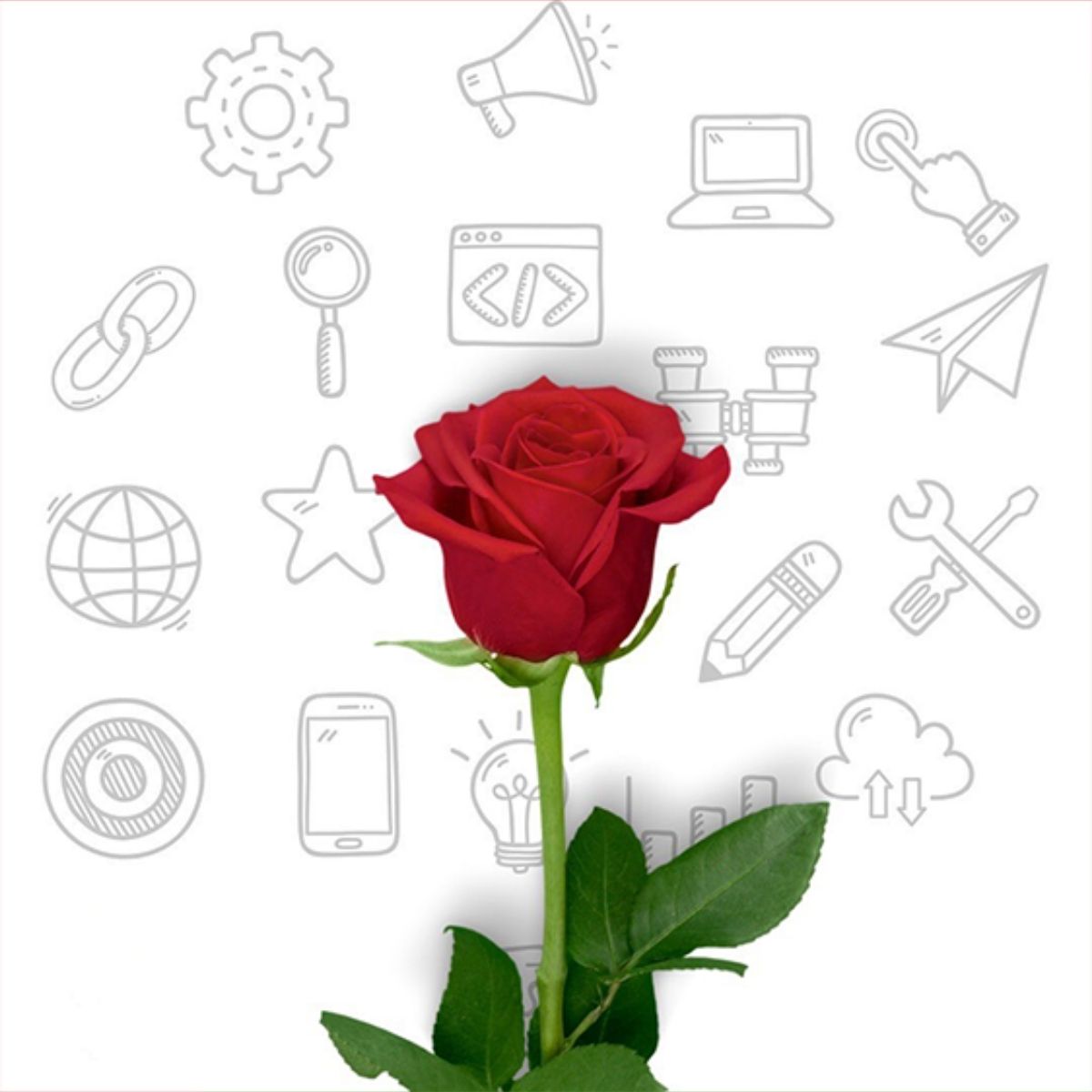 Interviews
Exclusive Interview With Sahid Nahim From New Bloom Solutions and Above All Flowers Learn about what's to come from an esteemed business consultant about floral industry websites and the trends for 2022.
Jan 26 | 5 min read 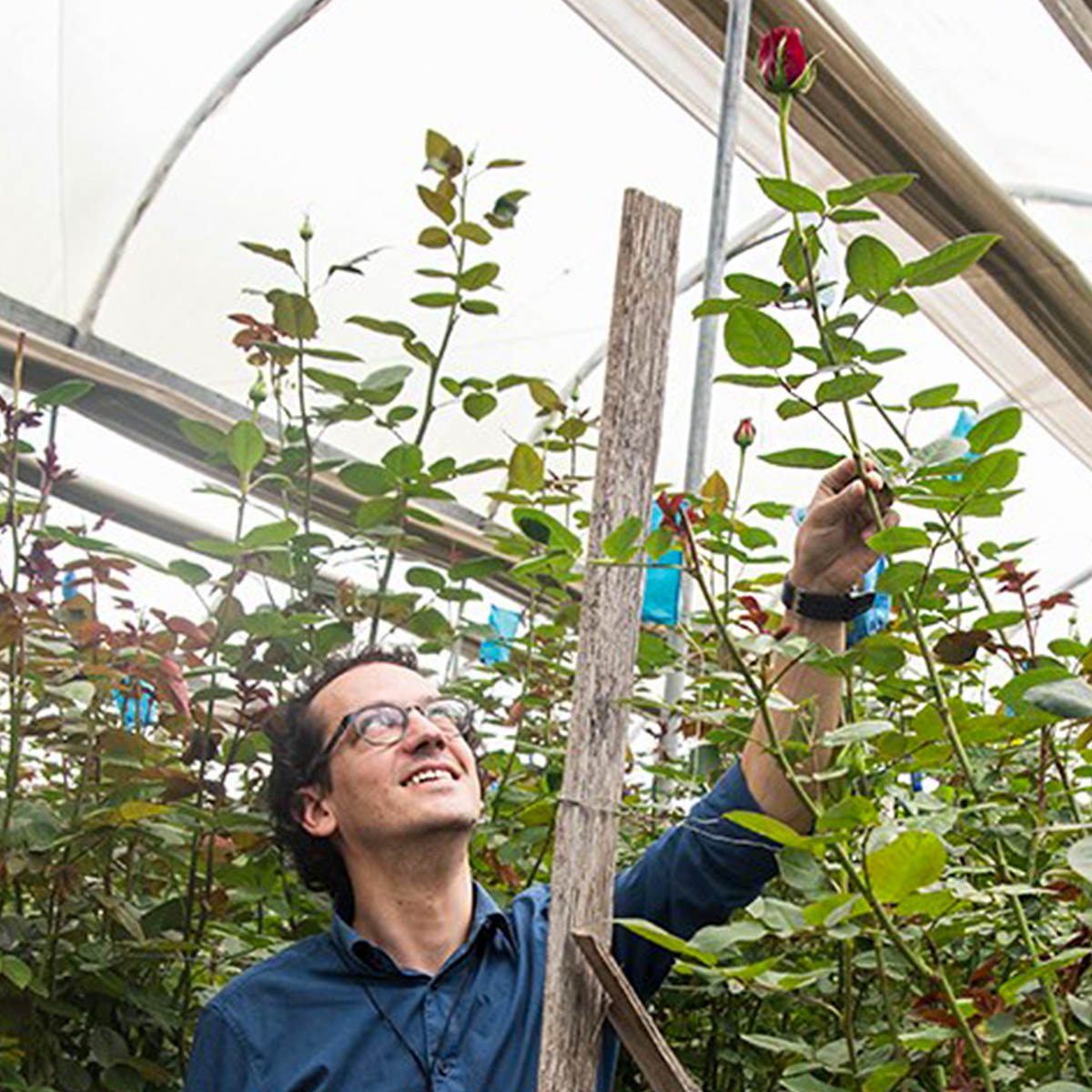 News
Above All Flowers 24HRS: A Collaboration With Fresh-o-Fair "We are committed to introducing the floral industry to innovative companies that meet our personal values. Fresh-o-Fair is such a company."
Dec 09 | 2 min read 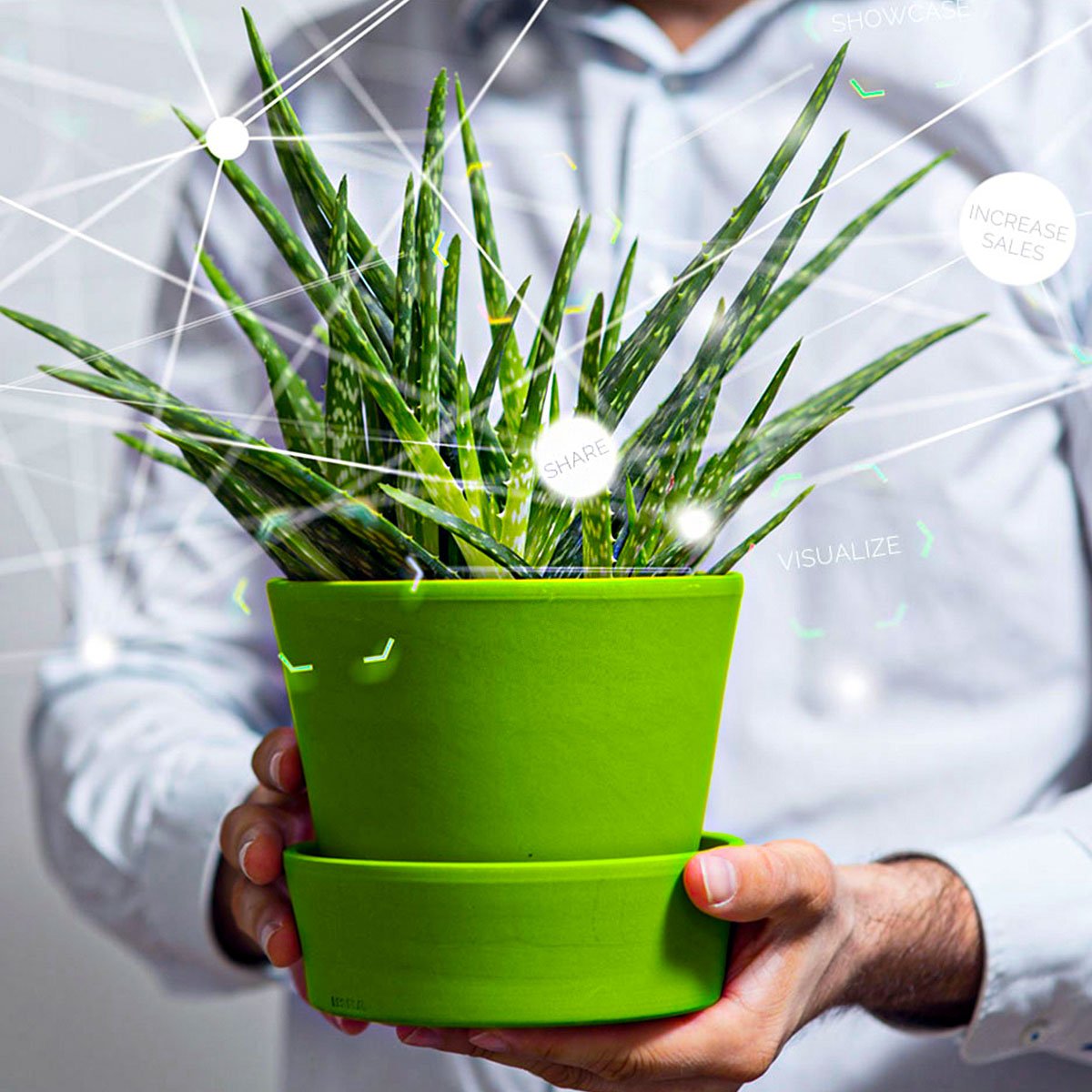 Photography
Fleurography.com: High-Quality Photo Editing at an Affordable Price New Bloom Solutions and Above All Flowers announce collaboration to bring a much-needed innovation to the floral industry.
Sep 21 | 3 min read
ALL ESSENTIALS ALL FLORISTS ALL PRODUCTS ALL GROWERS ALL BREEDERS ALL TRADERS