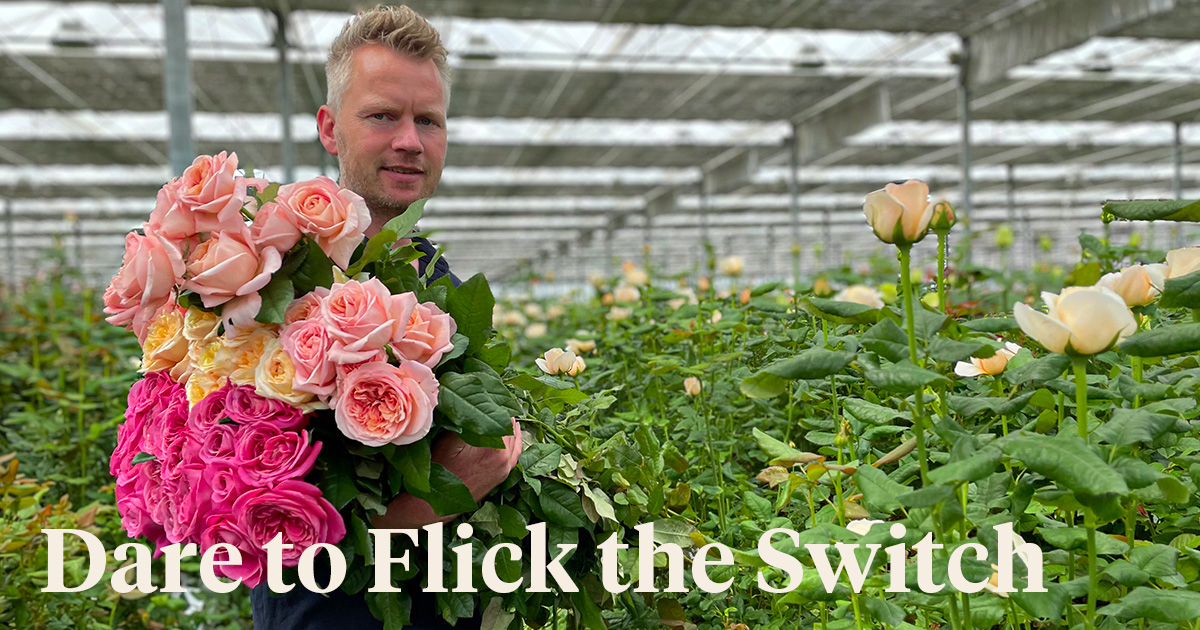 Rose grower Paul van der Hulst admits it fair and square: "It was because of the high gas prices that I decided to switch to cold greenhouse roses." But as you will see, it worked out splendidly.

First, let's be clear about what cold-grown greenhouse roses are. When the temperature in a greenhouse is brought down, roses gradually stop growing. So, it is not like the growth continues. Roses do need warmth and light to grow. However, some roses are well resilient to colder conditions, so they still offer a last good harvest just before the winter kicks in. And they do come back stronger in spring. Not every rose can do that. Some rose from breeder De Ruiter can, and Van der Hulst Rose Nurseries knows how to handle this. 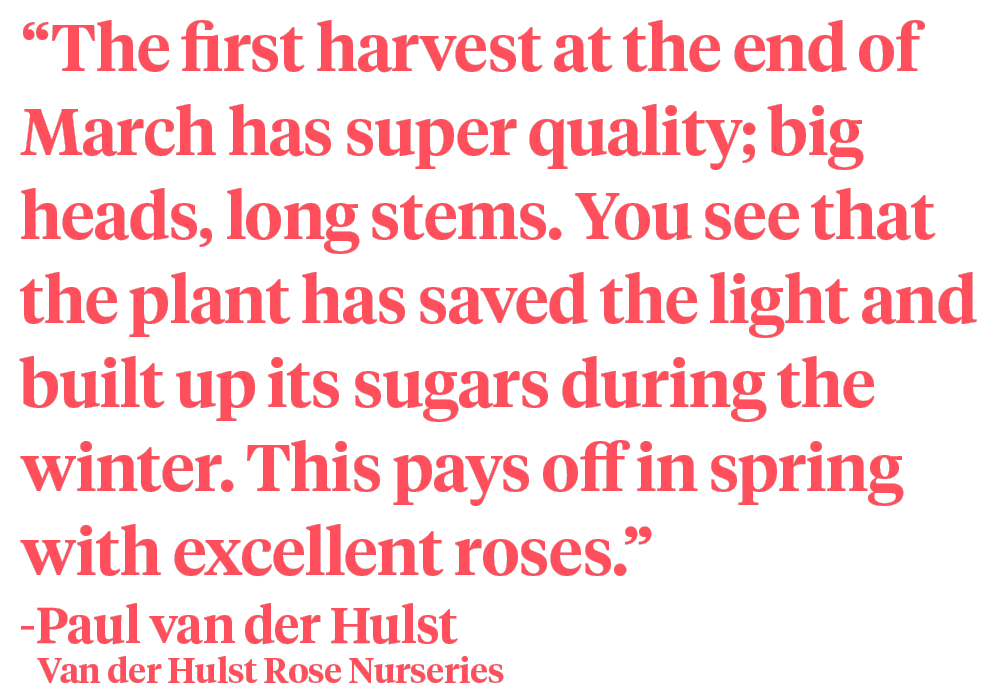 Growers all over the world, but particularly in Europe, face tremendous increases in the cost of energy. Where a grower close to the equator can still rely more on natural light and heat, a Dutch grower is for the biggest part of the year depending on gas and electricity.

Van der Hulst Rose Nurseries have made the decision a long time ago not to move from the Dutch Westland growers area to Africa, but just 165 km southeast to the Dutch province of Limburg. Here they rebuilt their business, growing no less than 17 colorful and - mostly - exclusive varieties of regular and garden roses.

It's obvious that growers like Van der Hulst look for alternatives, like solar energy, earth heating, or... simply switch off the gas and rely on the good quality of the plants to start producing again in spring.

"We switched off the gas in 2021 when the energy prices went up too quickly. We simply could not afford anymore to pay these rates for our gas. We found out that with some adjustments the roses could still produce for a while. So we flicked the switch. Cold greenhouse roses are flowers that are not or hardly heated. First, you reduce the greenhouse temperature from 10-15 degrees Celsius and gradually bring this down to 5-6 degrees." 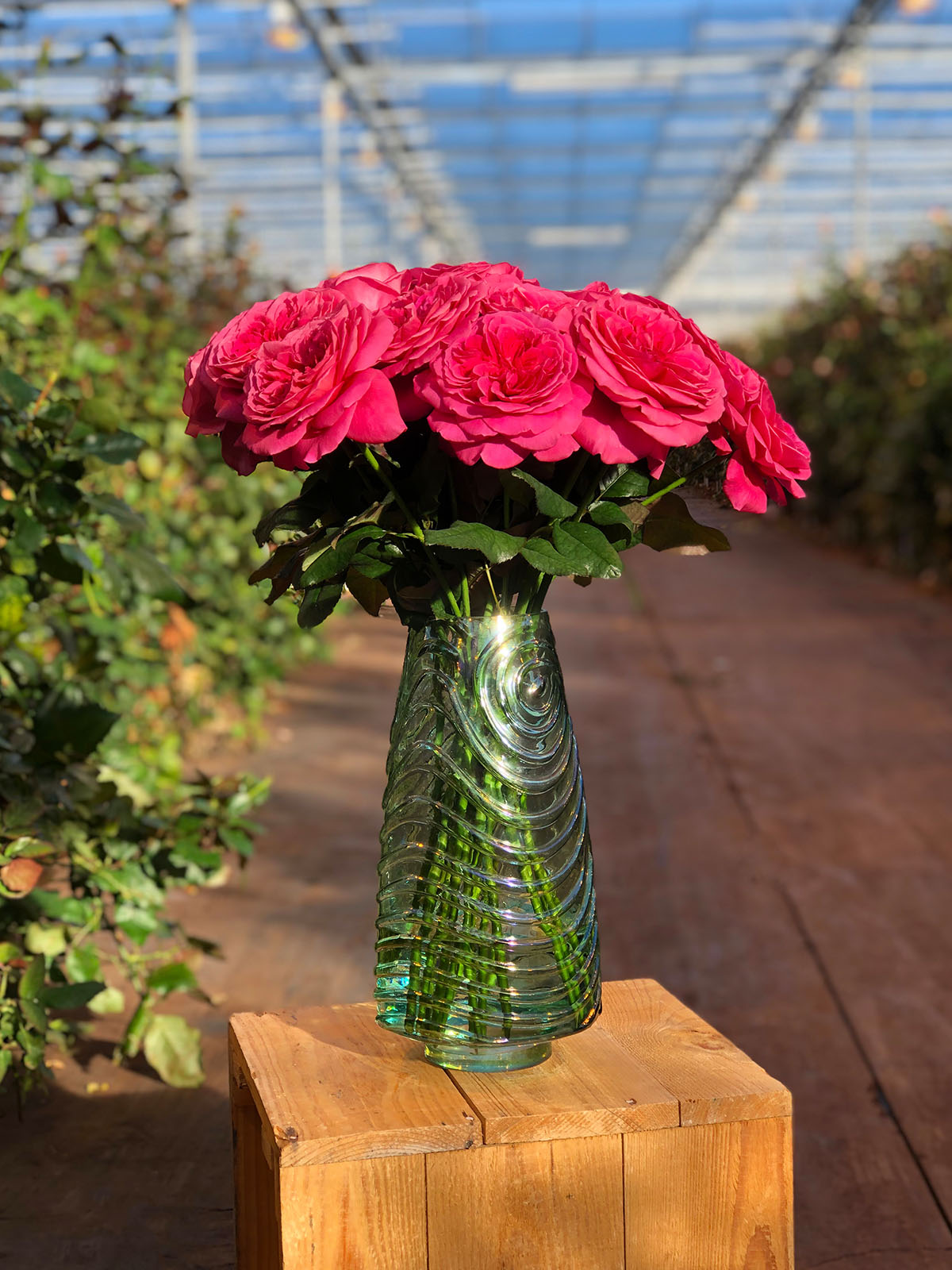 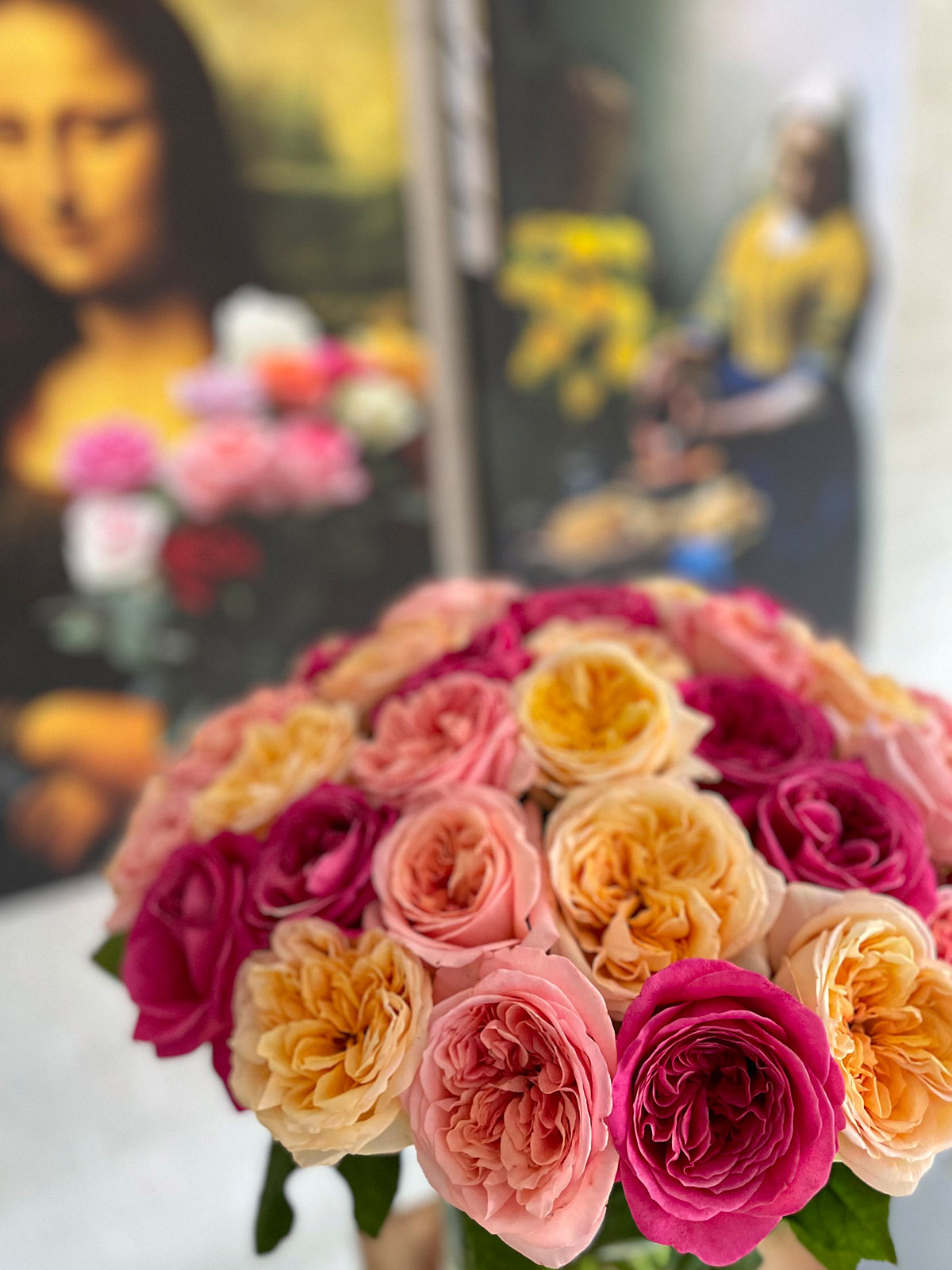 Stronger Plants After the Winter

Switching off the gas brings the consequence that Van der Hulst has no rose harvest anymore around Christmas. The plants start to grow again in late January, so the first can be cut again by the end of March.

There is an interesting advantage to the rose-less period. Paul says:

"The first harvest at the end of March has super quality; big heads, long stems. You see that the plant has saved the light and built up its sugars during the winter. This pays off in spring with excellent roses." 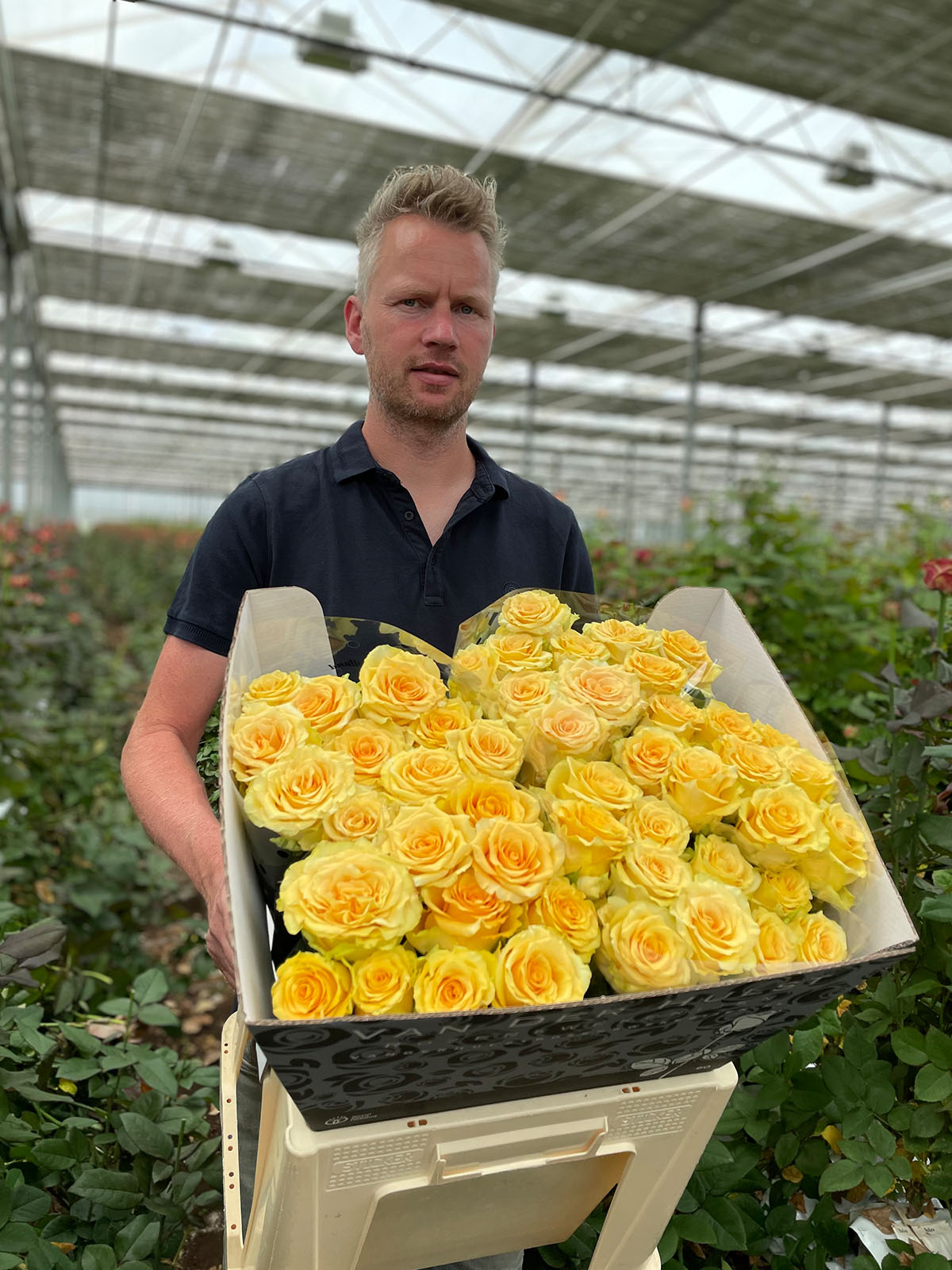 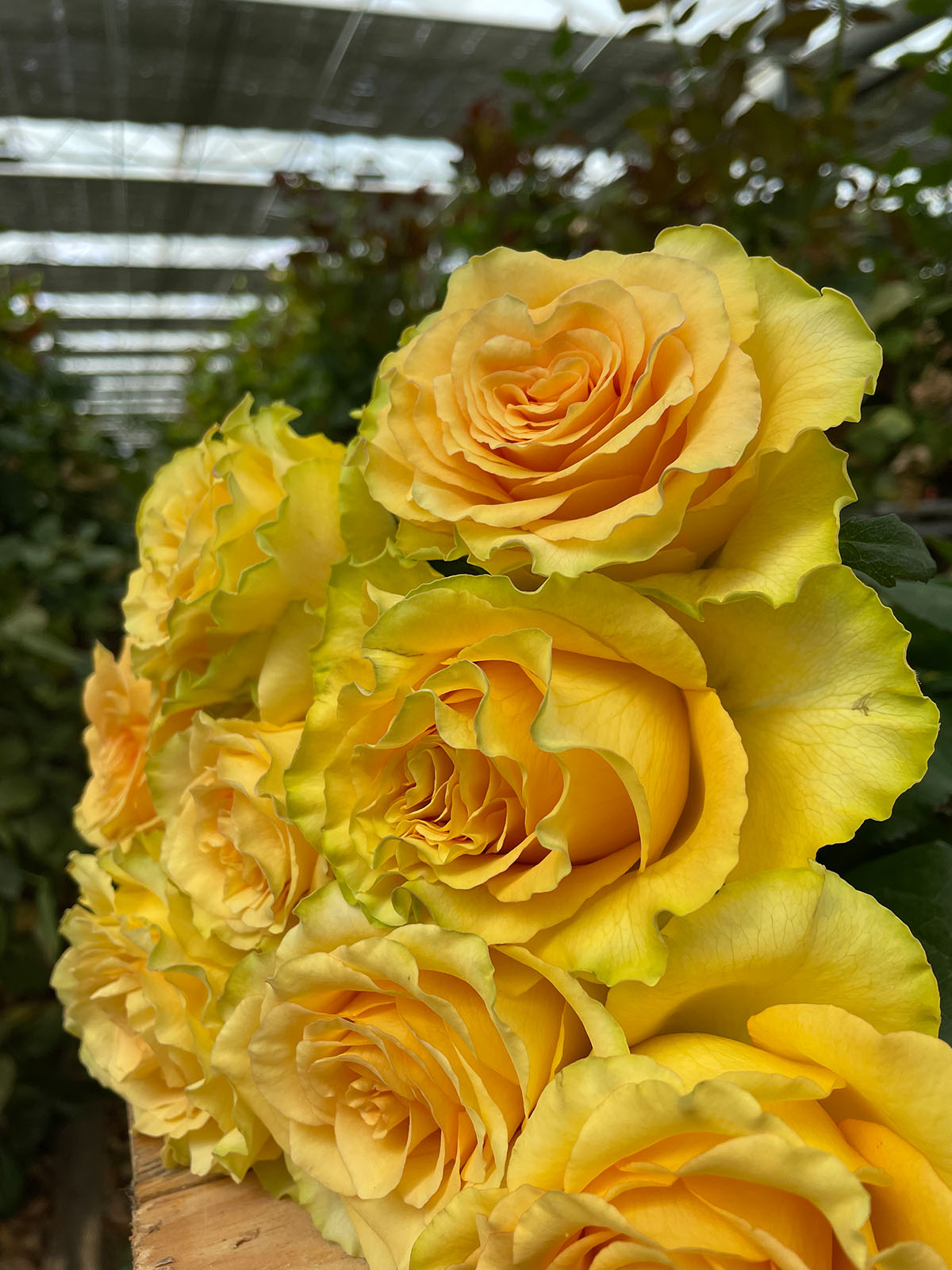 As mentioned earlier, the energy crisis made the growers of Van der Hulst consider taking bold measures. Although Paul thinks that switching on a minimum level of gas is still necessary, he is clearly preparing for a future where he is less reliant on fossil fuels:

"It is important to ventilate so that the humidity can escape. So, for this year we are investing in dehumidifying equipment, which will save around 40% on gas. This is how we make our greenhouses more sustainable. And we think that we can even continue through the winter using far less gas."

Rose breeder De Ruiter has some strong roses in its assortment. The living proof of that is the cold resilience. Paul:

"Not every rose variety is fit for growing in a cold greenhouse. But we have some varieties from De Ruiter that are strong enough to grow, like Rose Lemon Finess and the London garden rose varieties, such as London Eye, London Bell, London Bridge, and London Tower."

Top-notch roses from a quality breeder plus the determination to grow towards sustainability are the tools that Van der Hulst Rose Nurseries uses to be successful as a Dutch rose grower. And it works! 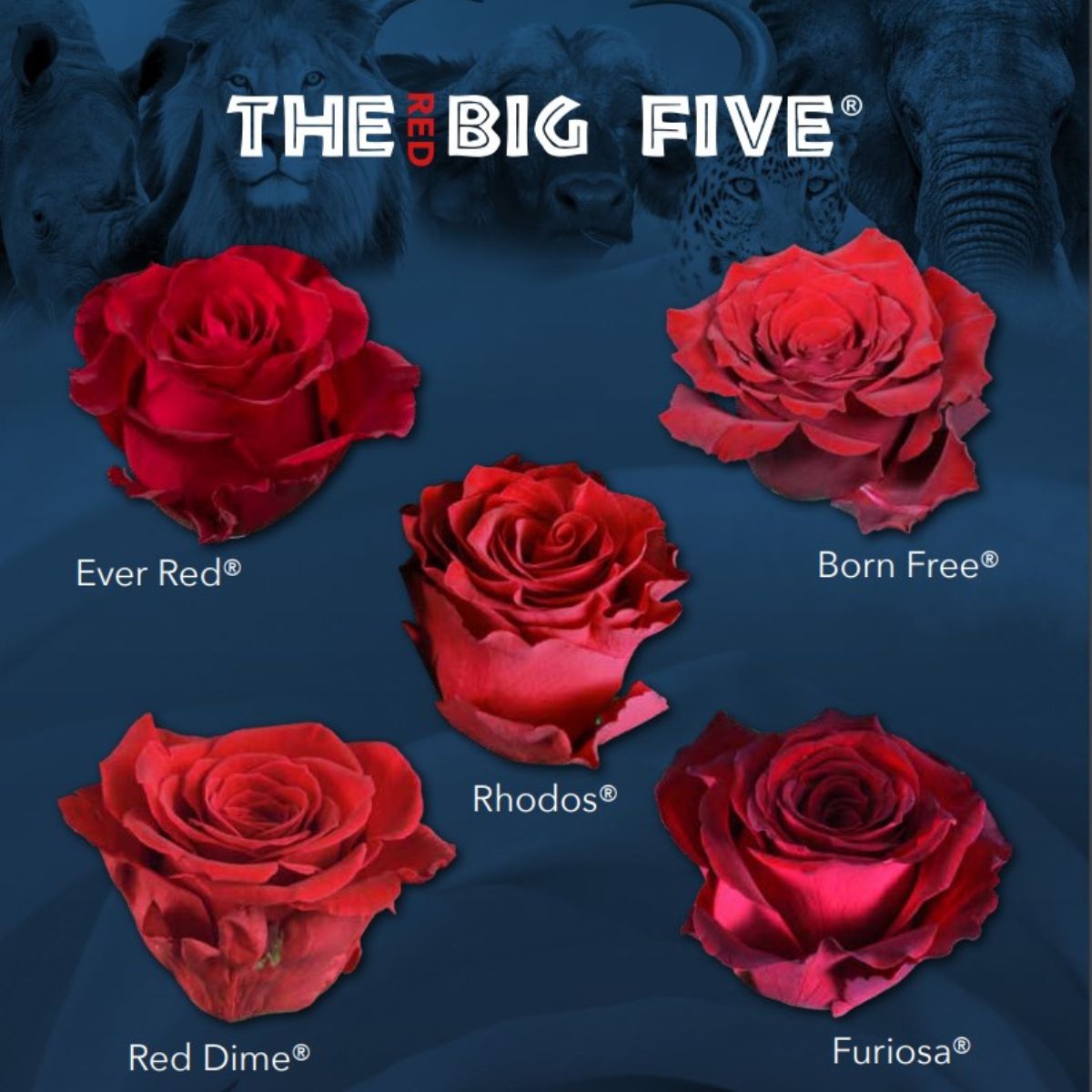 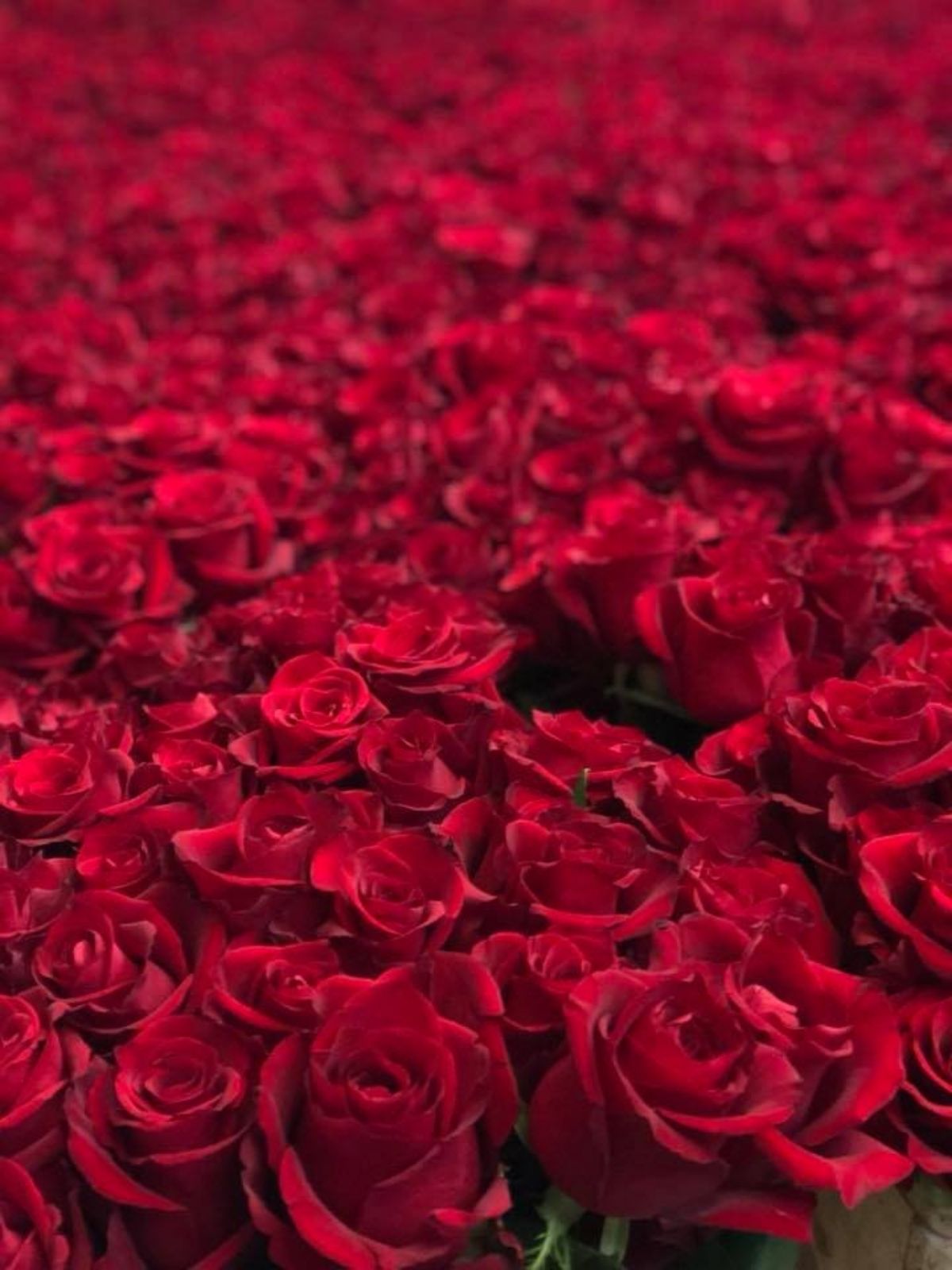 Roses Valentine
Pure and Truly Deep Red… Every Lady Deserves Ever Red Roses They are the epitome of a red rose, with their bright red color, big head size, and symmetry, what true red roses should look like.
Jan 26 | 3 min read 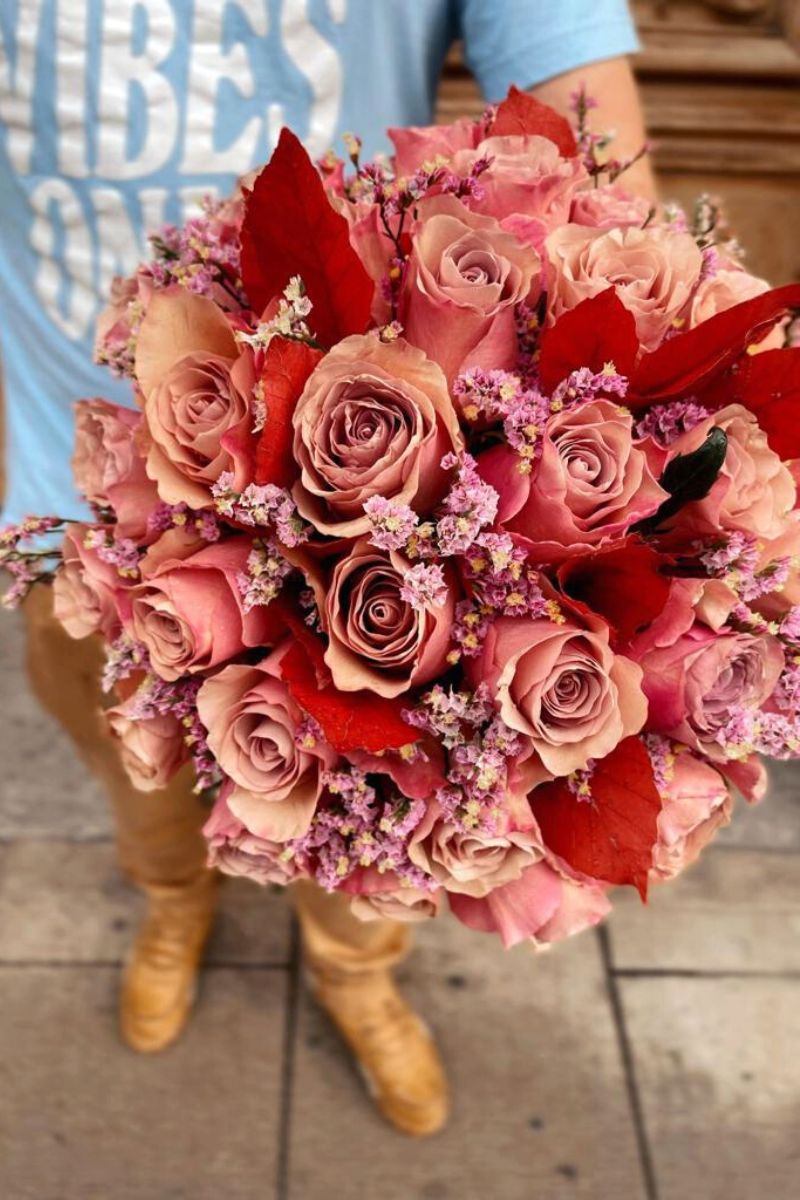 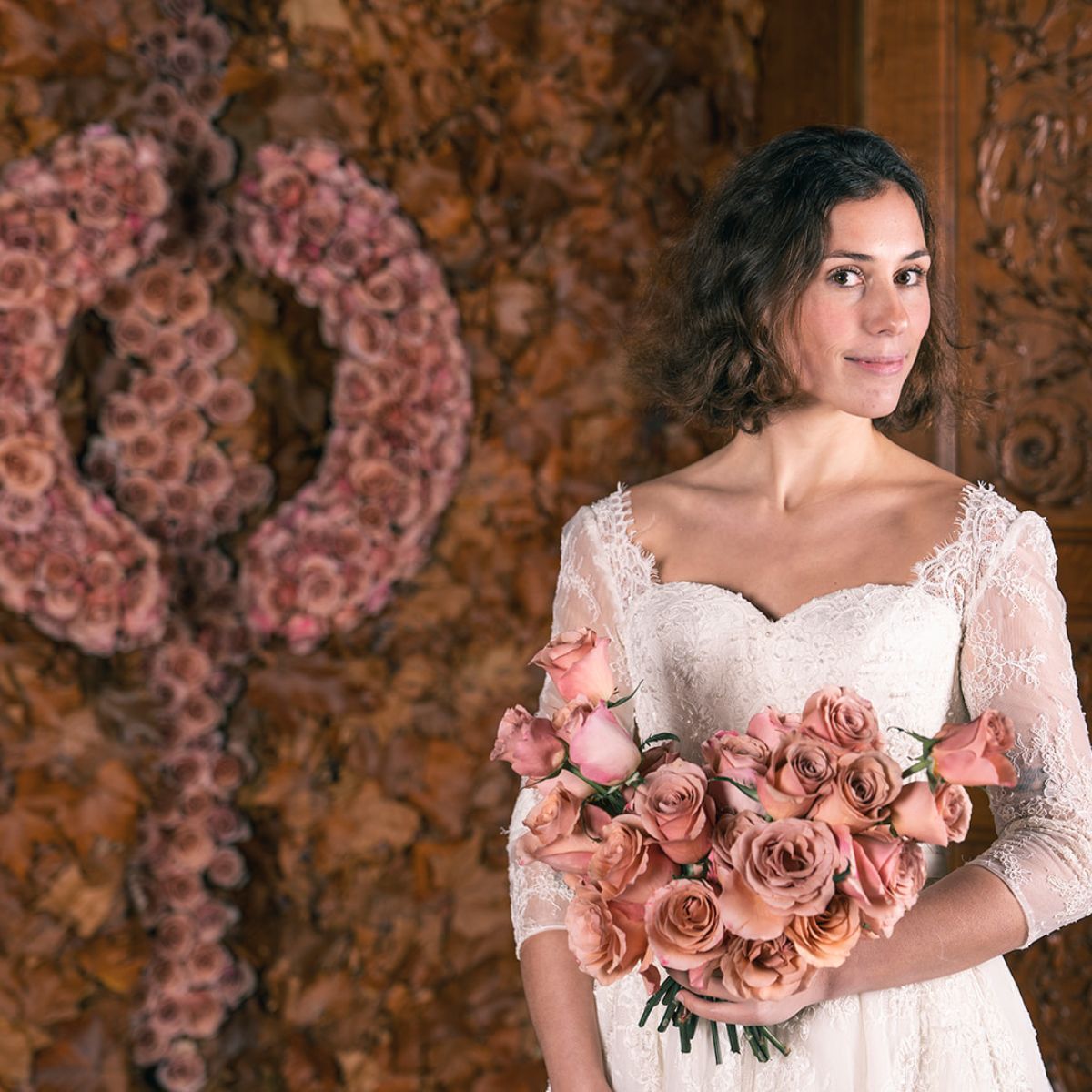 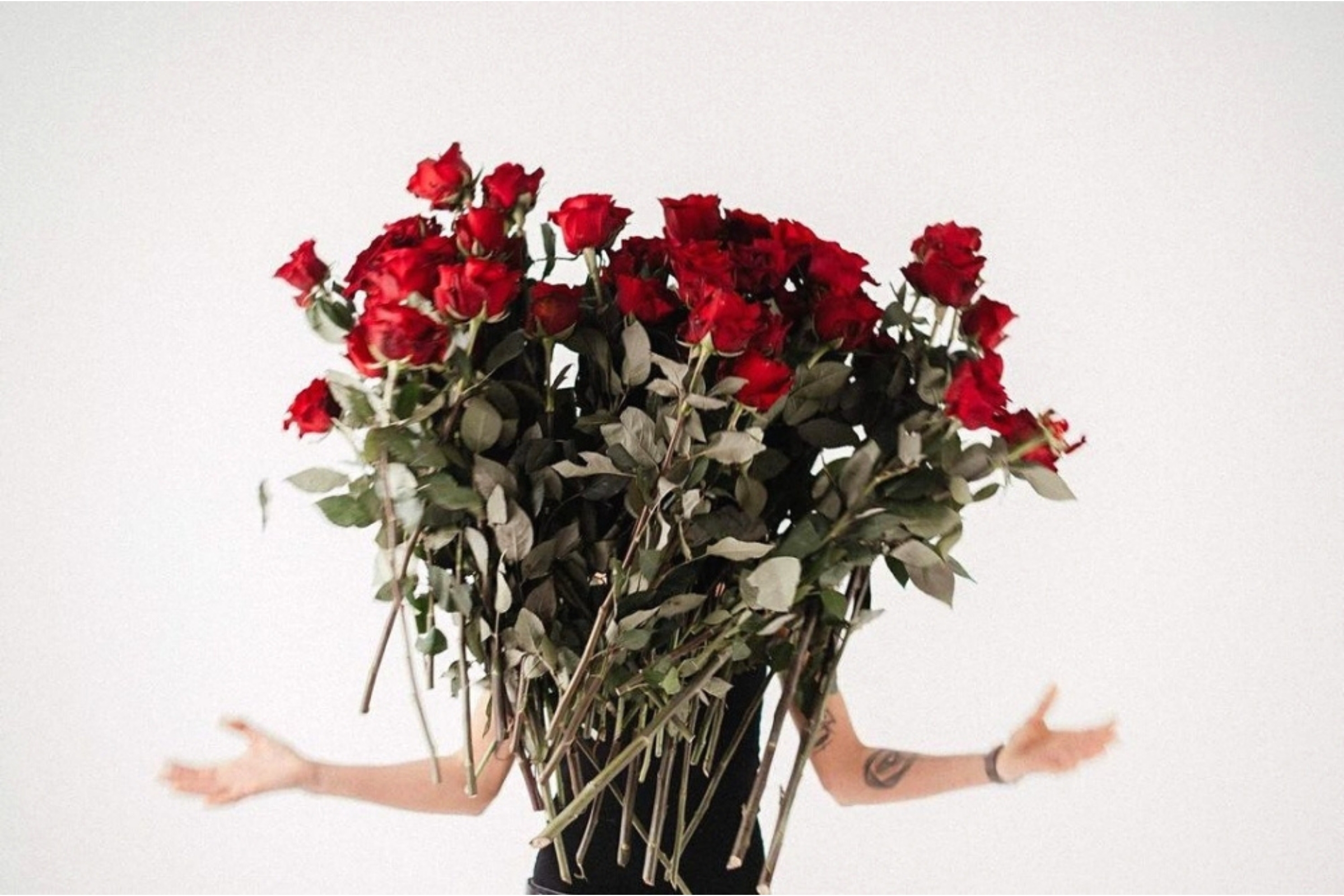 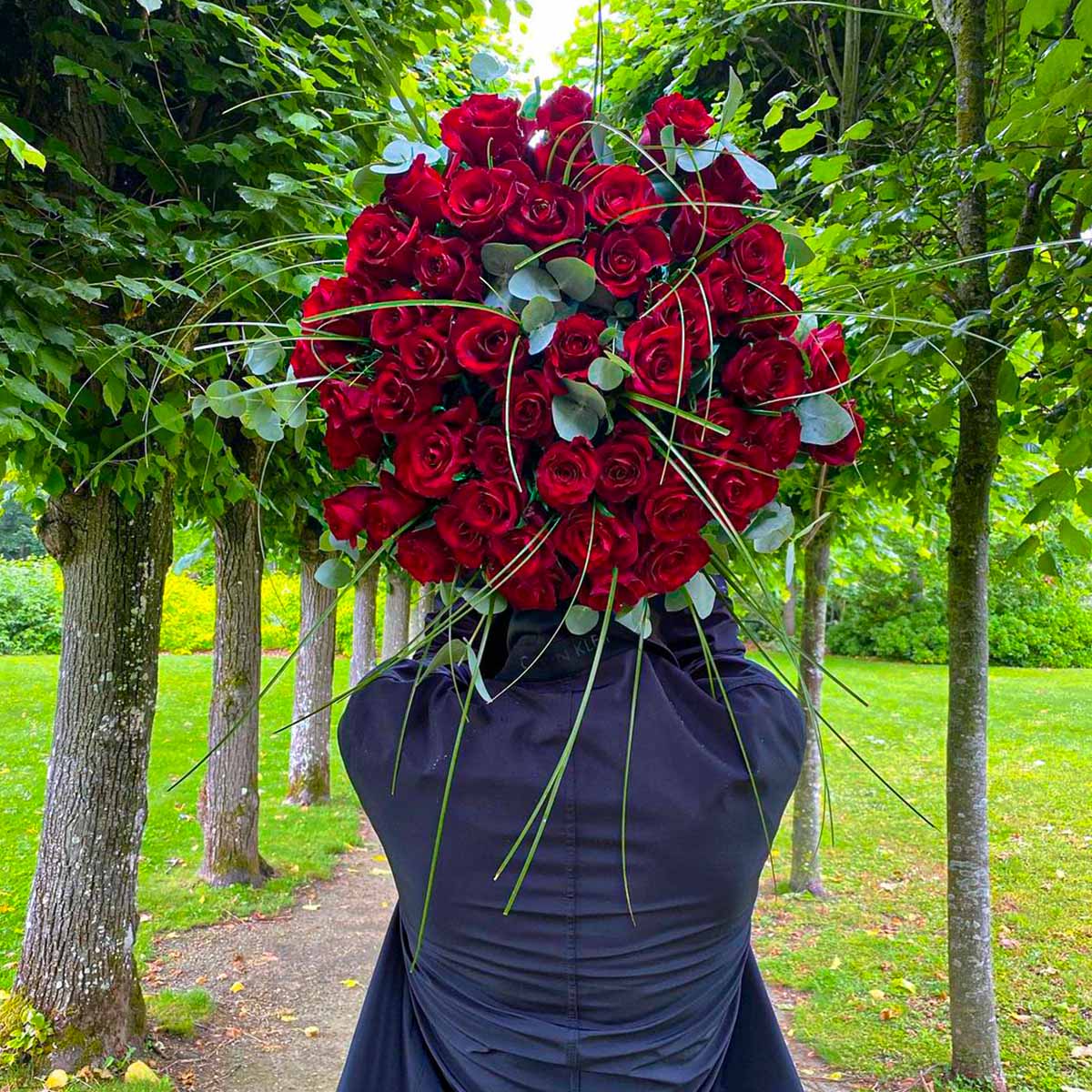 Roses Valentine
De Ruiter's Red Roses for Valentine's Day The perfect way to say "I love you" when words are not enough.
Jan 04 | 5 min read
ALL ESSENTIALS ALL FLORISTS ALL PRODUCTS ALL GROWERS ALL BREEDERS ALL TRADERS