The Intense Madam Red Roses Are the Symbol of Indestructible Love

Prince Charming traveled through hostile lands, faced many dangers, and captures this blood-red treasure for his adored princess. 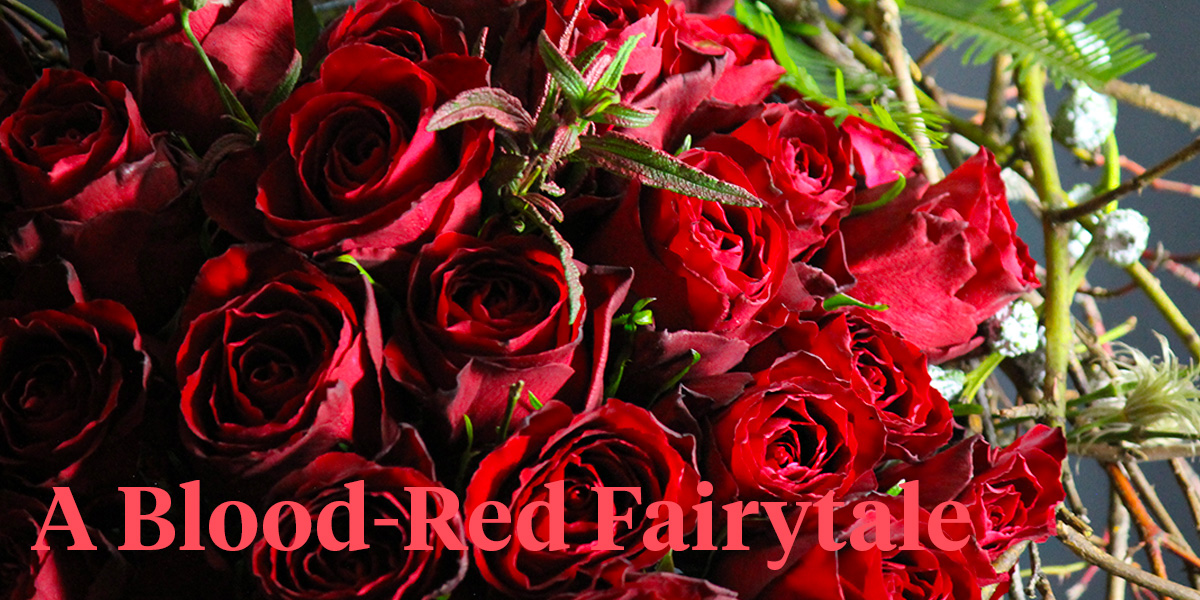 The intense red of Madam Red roses reminds me of a drop of blood hanging from a rose thorn. Fleshy buttons of Rose Madam Red appear on the sharp branches as if to protect their indestructible love.

I have the timeless image of Prince Charming who has traveled through hostile lands, faced many dangers, climbed gloomy misty mountains to finally reach the garden of sharp thorns with sounds muffled by icy snow. In the center of this garden sits the coveted red rose. He ventures through these bushes of pain to finally seize the blood-red treasure. It is then that his white-gloved finger tears on a cunning and poisoned thorn.

A drop of blood drips from his glove. It eventually falls through the cruel branches to reach the ground and spread out in the pristine powder snow crystals. He resumes his journey with his black horse but an illness gnawed at him from the inside. The poison inoculated by the thorn is an allegory of the love that invades it.

The Poison of Love

The return trip is heavy and painful. Dark mists engulf him. The poison of love was doing its work. But he painstakingly protects the fruit of his quest under his big now bloodstained white cape.

His deadly journey ends when he throws the poisonous rose at the foot of his beauty's throne, sighing in a bruised voice "I love you". The beauty, flayed by despair at seeing her loved one sacrificed for love. She kneels down in her wedding dress in this pool of blood that shrouds his body to give him the last kiss of despair and farewell. 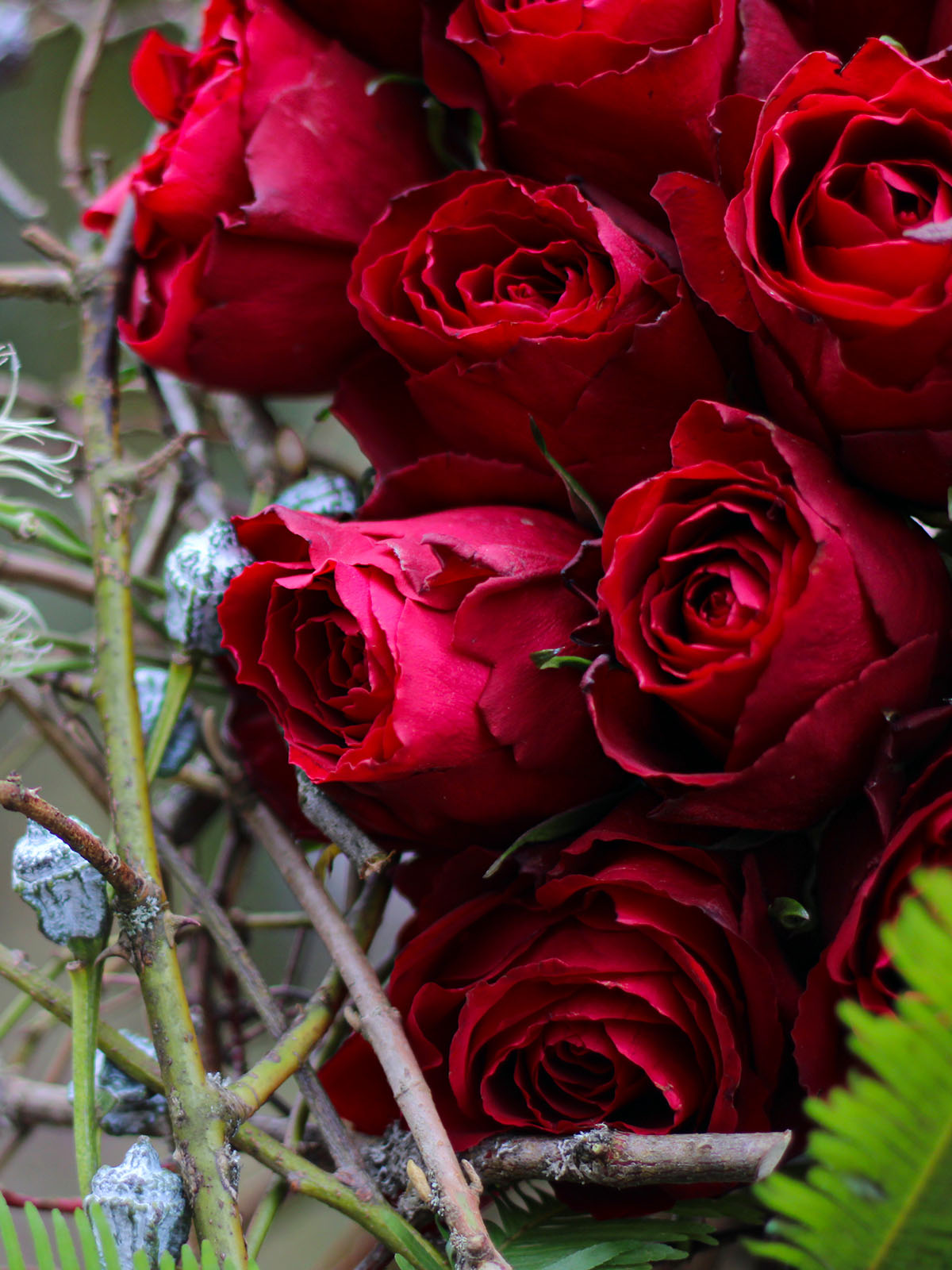 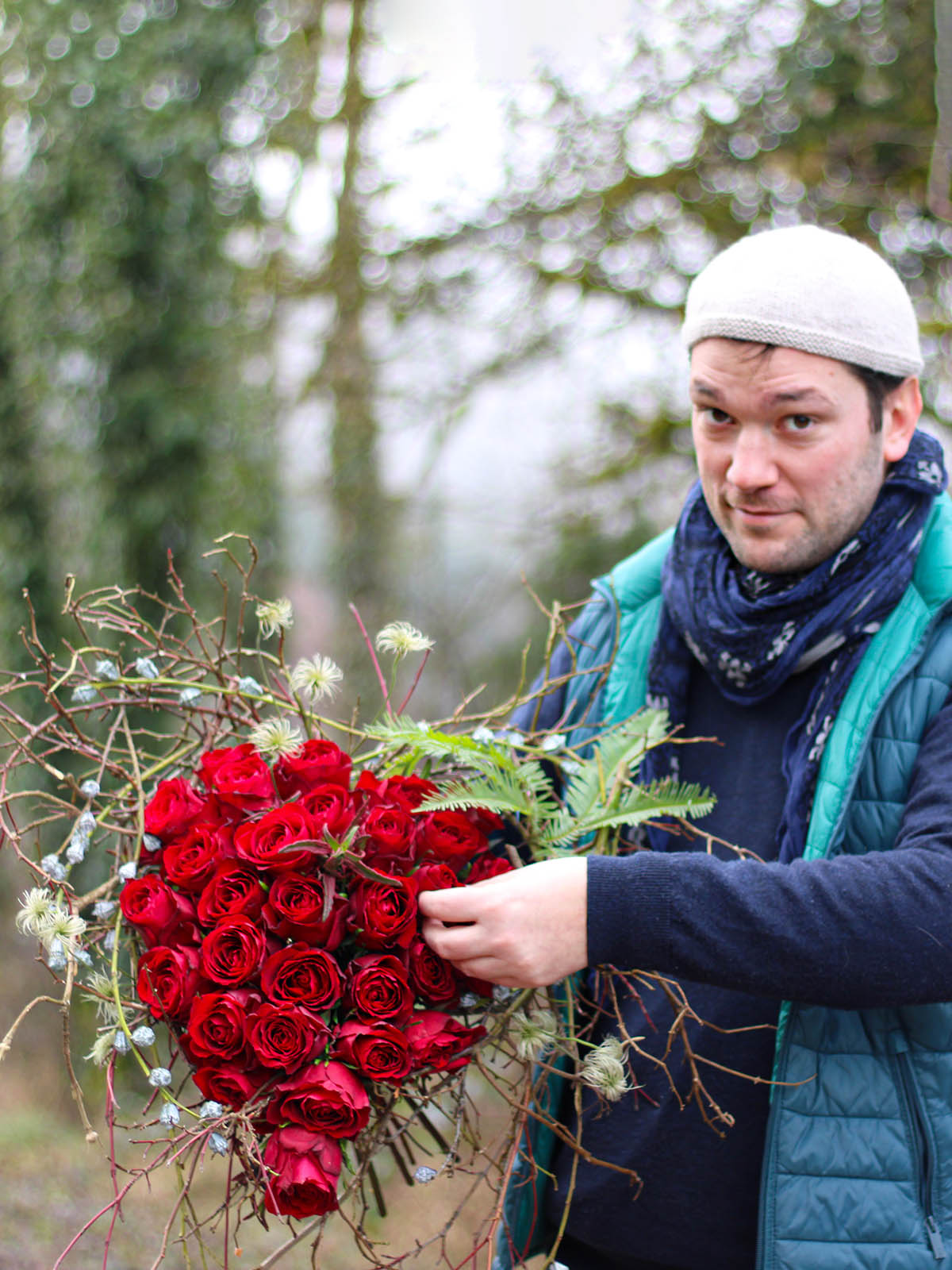 It was then that the tears that rolled down the widow's cheeks finally fell into the streams of her lover's blood. This act of desperation caused thorny vines to grow around the bodies of the two lovers to form an impregnable funeral chapel. 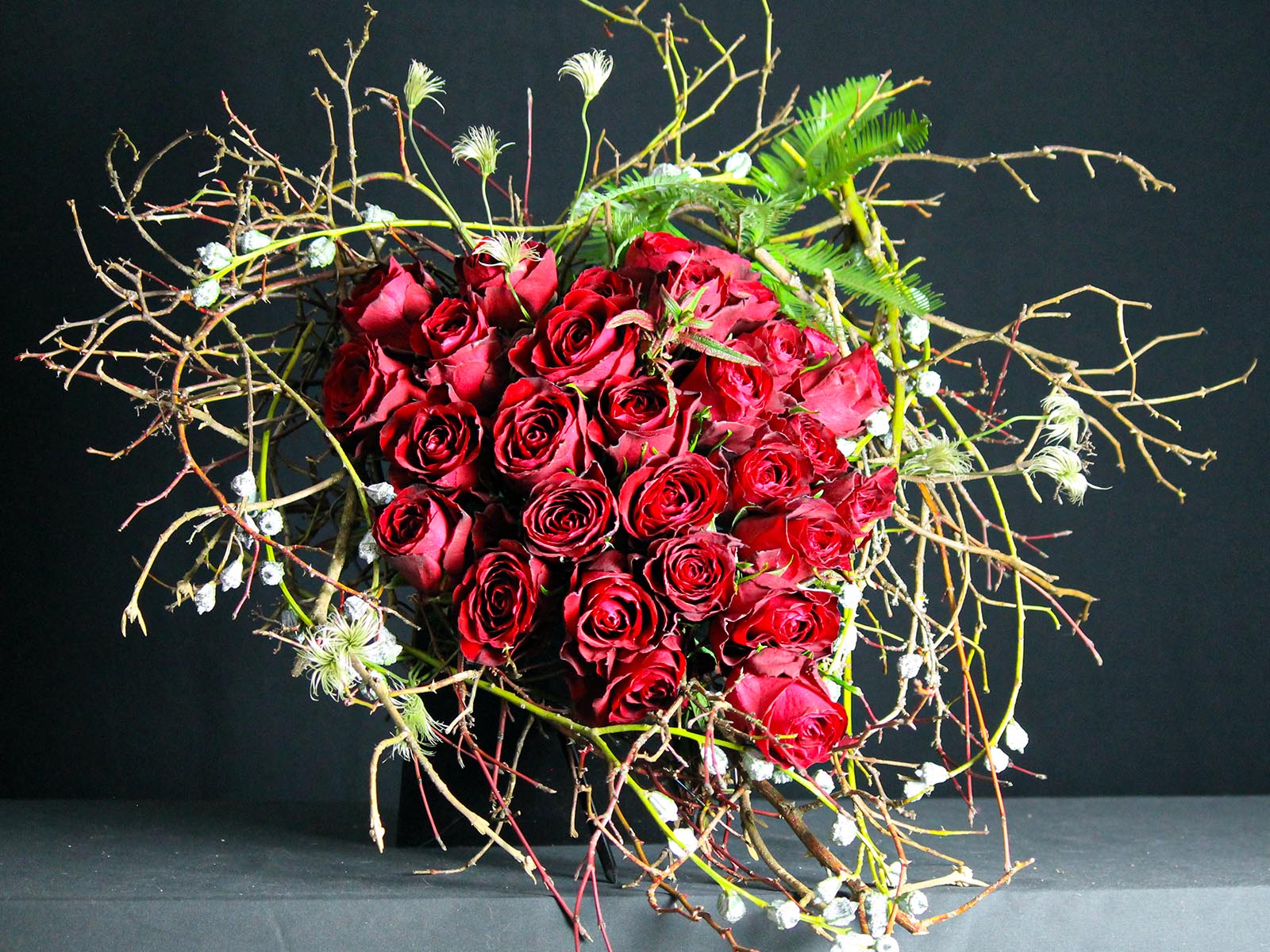 Fleshy blooms of Madam Red roses appear on the branches as if to protect their indestructible love. The intense red roses slowly blossom, the petals fall to the cold ground like the last flakes of spring snow. Eventually, the sun reappears, illuminating the roses and eventually dissipating the heavy fog. The interlacing of thorns and vines open to reveal the two lovers entwined with love and devotion. 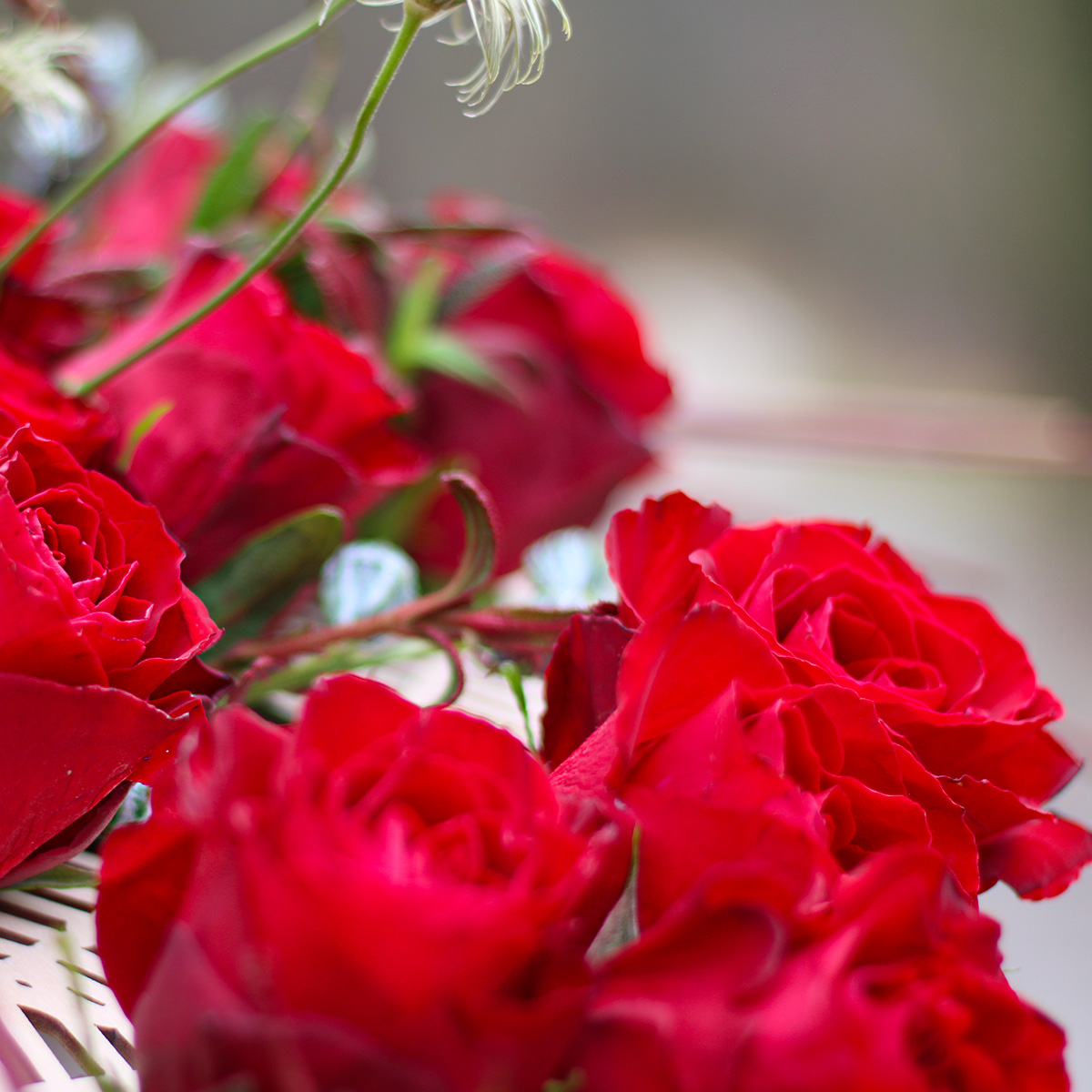 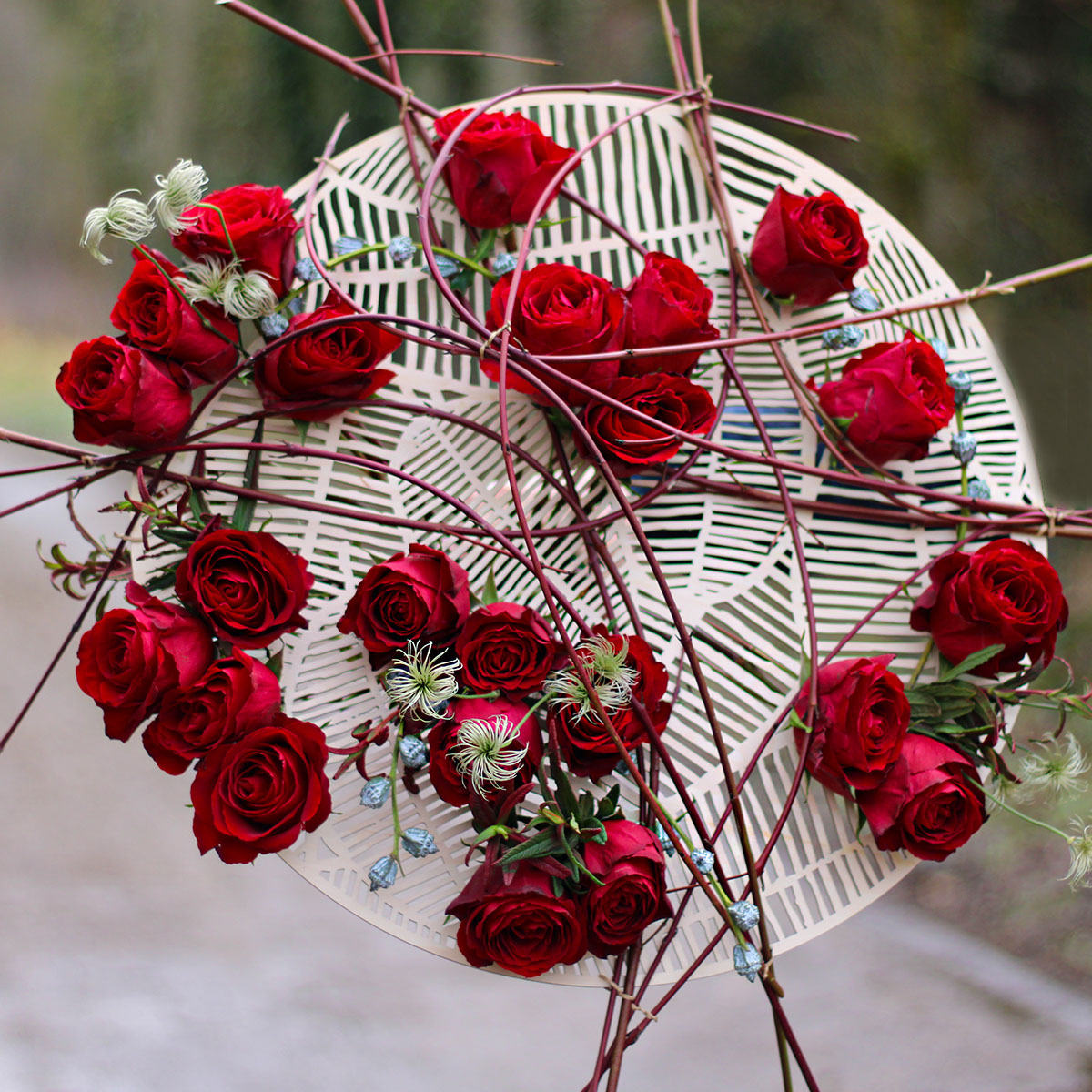 Because then, when all the danger is gone, the Rose Madam Red realizes it needs no longer protect with its thorns, but to charm with its other qualities, such as its full splendorous blooming, its strength, and the magnificently intense color. The thorns were never seen on Madam Red roses again since, making them even more beloved.

No more blood but red roses.

No more tears but drops of crystalline dew.

No more sadness but life.

No more end but the beginning of a great love story.

The Symbol of Love

The red rose will remain a symbol of love acclaimed by many lovers in many countries.

Madam Red roses from breeder United Selections are not just red roses. They are a safe bet, especially the ones from grower Kisima that I worked with while creating these designs. With their more responsible packaging, they are part of an approach acclaimed by consumers. Madam Red is an established brand in Europe and one of the roses with the most glamorous color red. 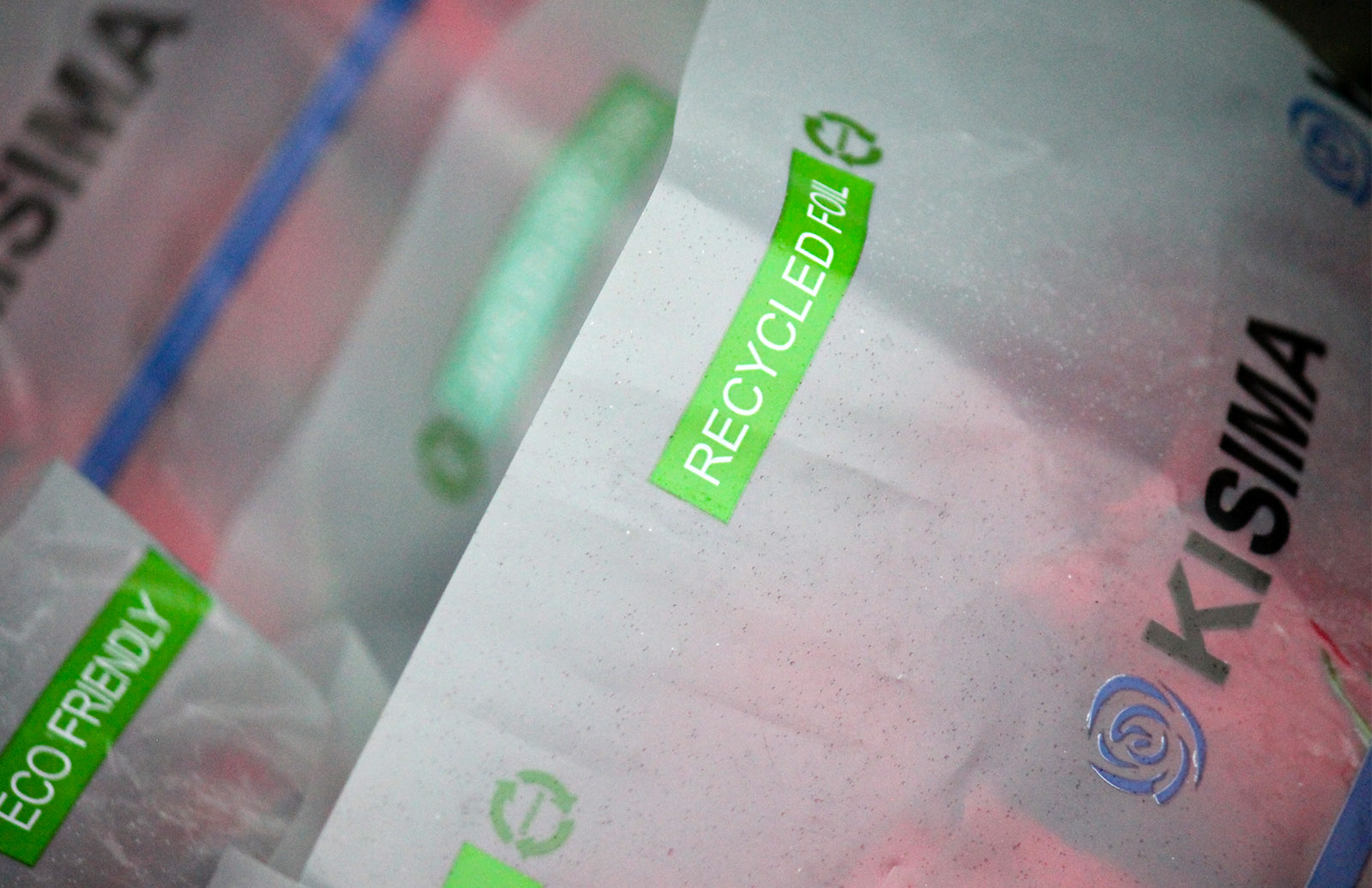 I work on it regularly whether for modern, romantic, or nature works. Its compact button and very loaded with petals is another of these assets.

I chose to work it in two ways for Valentine's Day, making the two designs that you see above:
1) In a thorny structure of wild roses to support the romantic theme.
2) With bouquet support from Greenkut that gives these roses a very contemporary character.

I would like to thank Dutch exporter Kariflex and my French SODIF Châtenoy-en-Bresse supplier who works to select his producers.

As the end of the fairytale tells, rose Madam Red is thornless. Other pros are that they always open on the vase, they're available in different lengths throughout the year, and they bring 100% satisfaction! The immense love of Madam Red led to the birth of two more beauties; Rose Madam Pink and Rose Madam Cerise. 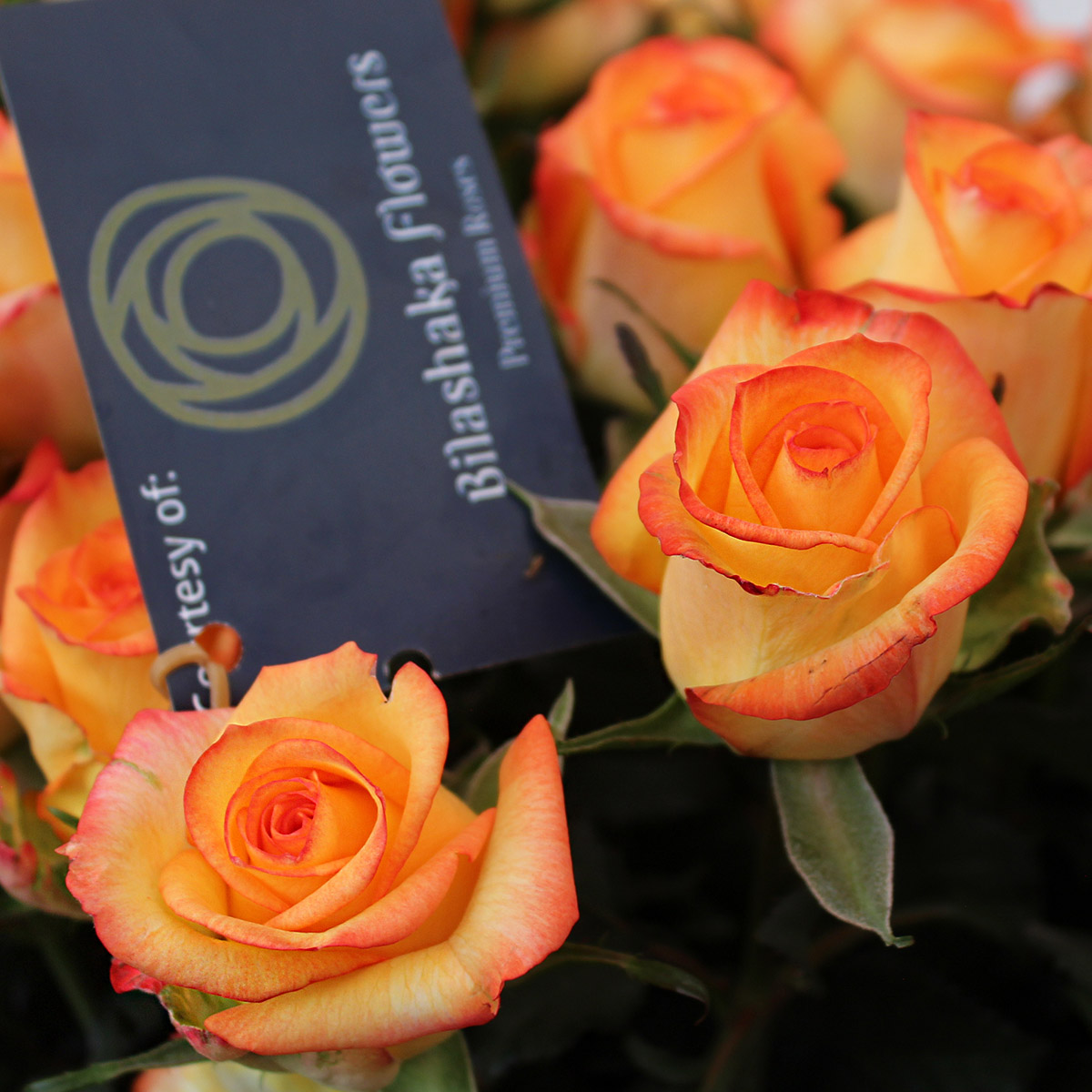 Roses Rose High Key Adds A Luxury Touch to Your Mixed Summer Bouquets With its beautiful orange two-tone colors, you might mention Rose High Key in the same breath as summer flowers. Why not?
Jun 23 | 2 min read

Events United Selections & Könst Alstroemeria Invite You to IFTEX 2022 in Nairobi, Kenya The breeders of top-quality roses and alstroemerias are elated and excited to welcome you to booth B5.01 from 30th of May until the 1st of June.
May 19 | 3 min read 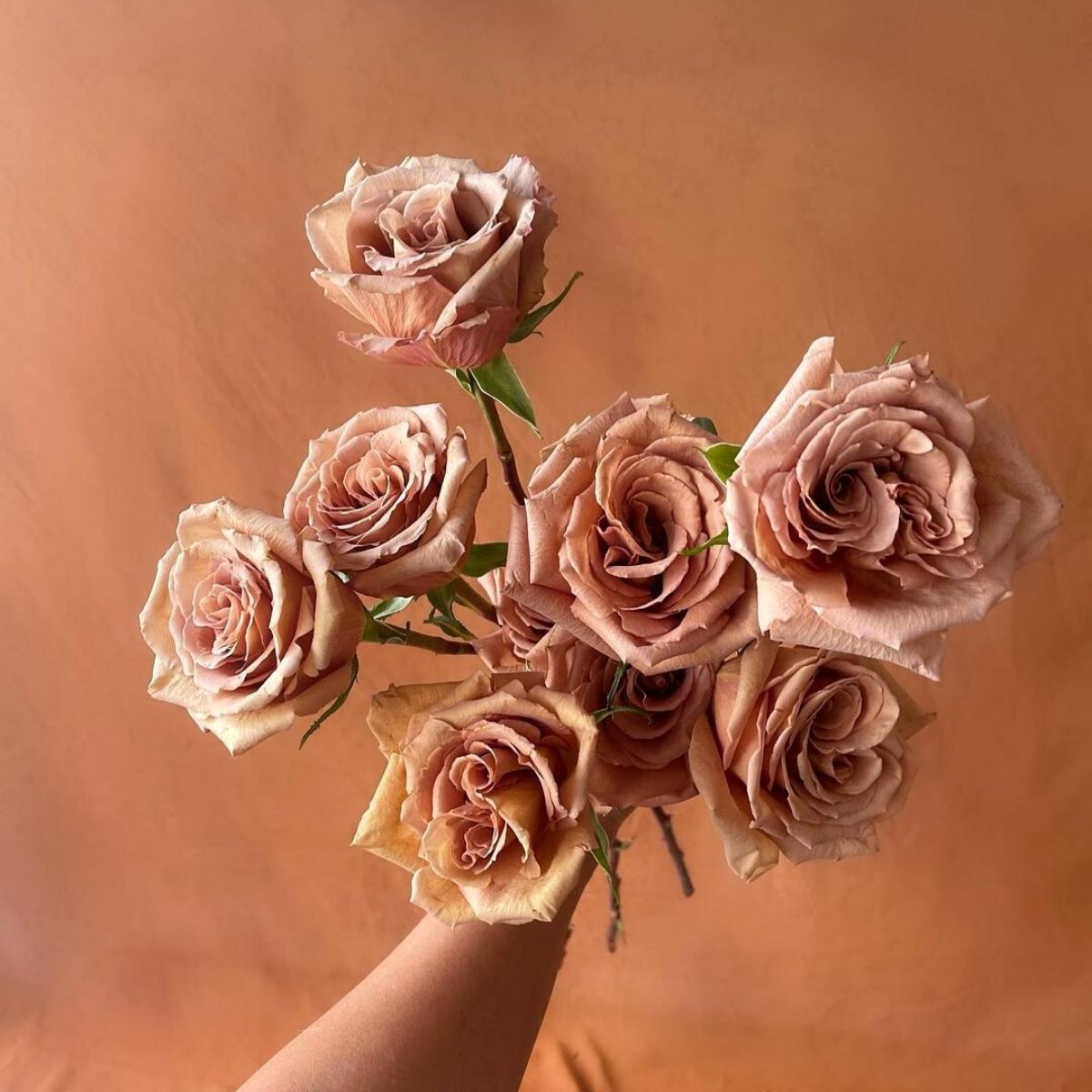 Roses Is the Toffee Rose the Most Popular Brown Rose? Brown roses used to be a no go. But then in late 2018, the Toffee rose was introduced, and our love for brown roses skyrocketed.
Feb 16 | 2 min read 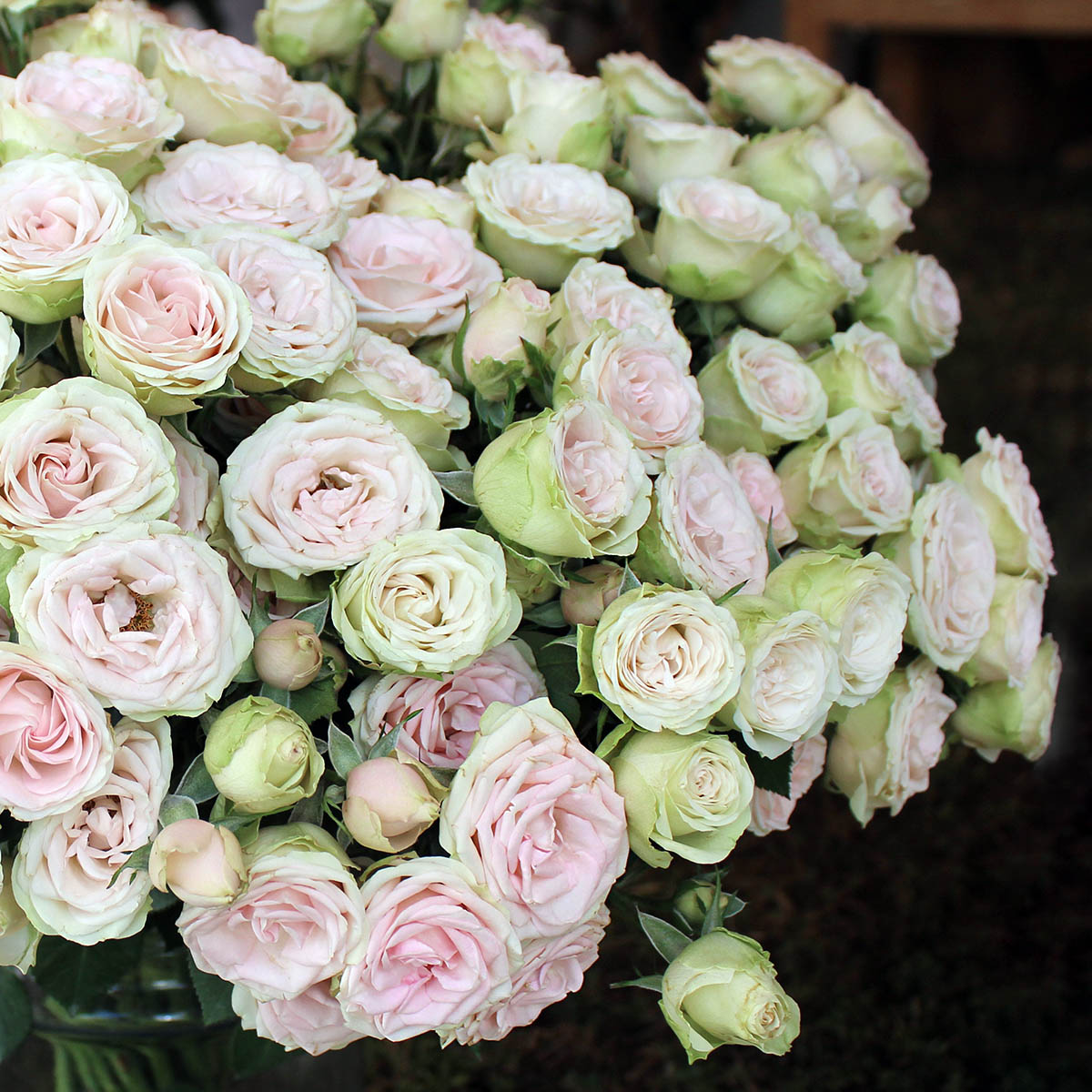